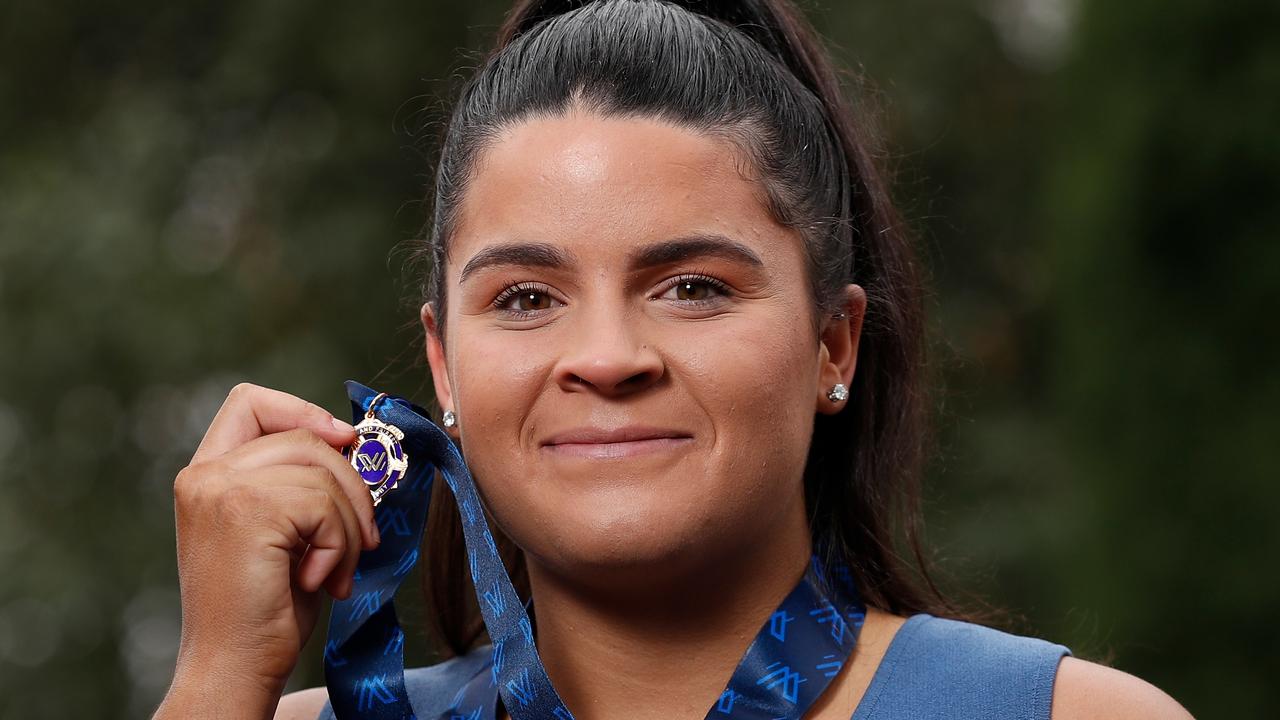 Madison Prespakis of the Blues with her 2020 AFLW best and fairest medal. Picture: AAP

“I got to sit next Erin Phillips with my Rising Star medal last year and see her take it (the best and fairest medal) so it’s crazy my name can be on the same list as those two girls,” Prespakis said. 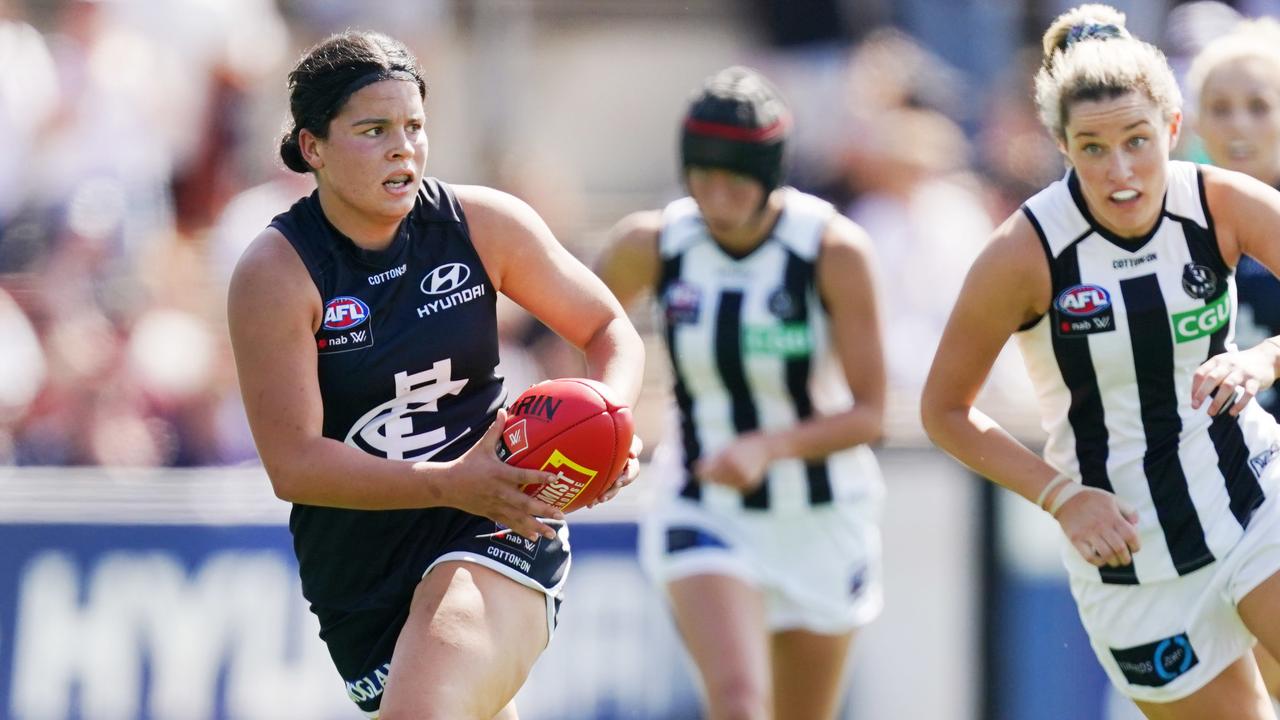 Madison Prespakis of the Blues (left) during a round 2 match this year. Picture: AAP

Prespakis was watching a live stream at home when she was named the AFLW’s dominant* player in the competition’s fourth season due to coronavirus* restrictions. Her sister presented her with her medal.

It capped off a spectacular season, with Prespakis also winning the Blues’ best-and-fairest for the second time, and on Monday night she was named as an onballer in the All-Australian team.

She averaged 21 possessions* during Carlton’s six regular season matches, incredibly collecting the maximum three votes in five of those games. After her breakout 2019 season, the former No.3 draft* pick prepared herself for extra attention from opposition players on the field this year.

“I was able to put it aside, but take it as a great compliment and just try and enjoy the footy my way,” Prespakis said.

“It’s definitely been a year that I won’t forget, it’s been a great two years, and I can’t wait to see what’s ahead.”

Prespakis has been working for a freight company after the AFLW season ended early in March due to the threat of COVID-19*.

Kids get creative at school to keep COVID-19 away

CLASSROOM ACTIVITY
1. Best and fairest
What do you think the best and fairest award means?
Draw a table with two columns and put the words BEST and FAIREST at the top.
Try and list at least 3 things under each heading that AFL players would be awarded votes for around being the best player and the fairest player.

VCOP ACTIVITY
Verb adventures
With a partner see if you can identify all the doing words/verbs in this text. Highlight them in yellow and then make a list of them all down your page. Now see if you and your partner can come up with a synonym for the chosen verb. Make sure it still makes sense in the context it was taken from.
Try to replace some of the original verbs with your synonyms and discuss if any are better and why.

HAVE YOUR SAY: Have you won a sports award? What was it for?
No one-word answers. Use full sentences to explain your thinking. No comment will show until approved by editors.