Can the ancient ibis be reinvented as mascot of the Brisbane Games? Should the ibis be Brisbane's 2032 Olympic mascot? Queensland’s Sports Minister Stirling Hinchliffe is quite partial to the ‘bin chicken’, which incidentally has a noble, ancient history. Picture: file

The maligned* ibis – also known as a bin chicken – could be an unlikely contender* to serve as a mascot for the 2032 Brisbane Olympic Games.

Best known to Australians as a scaly scavenger*, the ibis has certainly dropped to the bottom of the bin in terms of its social standing through the centuries.

Sacred* to Ancient Egyptians, the ibis was once worshipped as the incarnation* of Thoth, god of writing, science and magic. And it’s possible the bird’s star is now back on the rise, after Queensland’s Sports Minister Stirling Hinchliffe declared he had a soft spot for the ibis when he was quizzed on April 3 about mascots for the sporting spectacular. 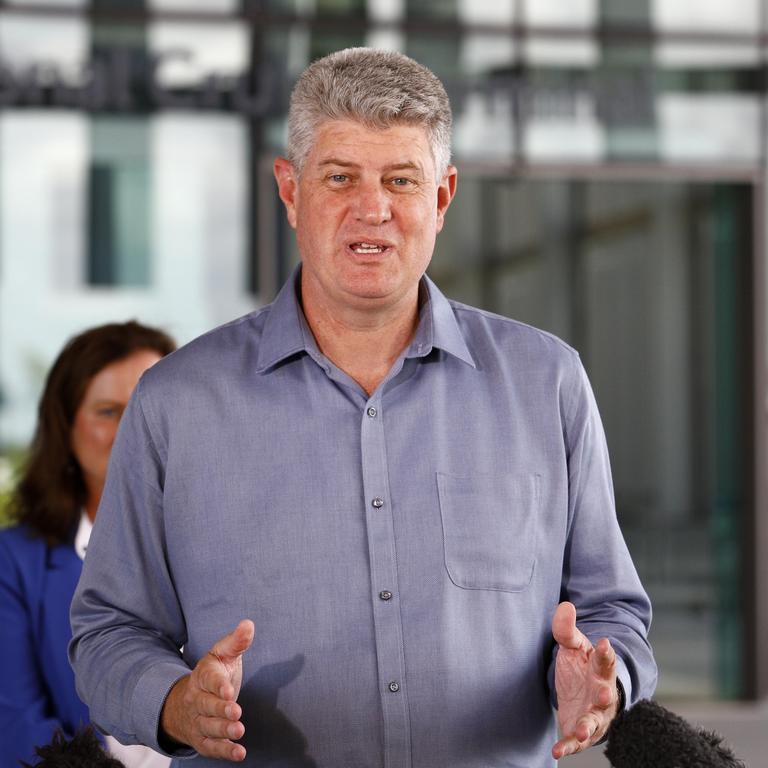 Queensland Sports Minister Stirling Hinchliffe is something of a fan of the ibis. Picture: NCA NewsWire/Tertius Pickard

Mr Hinchliffe said with more than 3700 days to go until the opening ceremony of the 2032 Games, there was plenty of time to select a mascot.

“As the Member for Sandgate, I’ve got a quiet sort of soft touch for the idea that the ibis might play a role,” Mr Hinchliffe said, seemingly tongue in cheek. 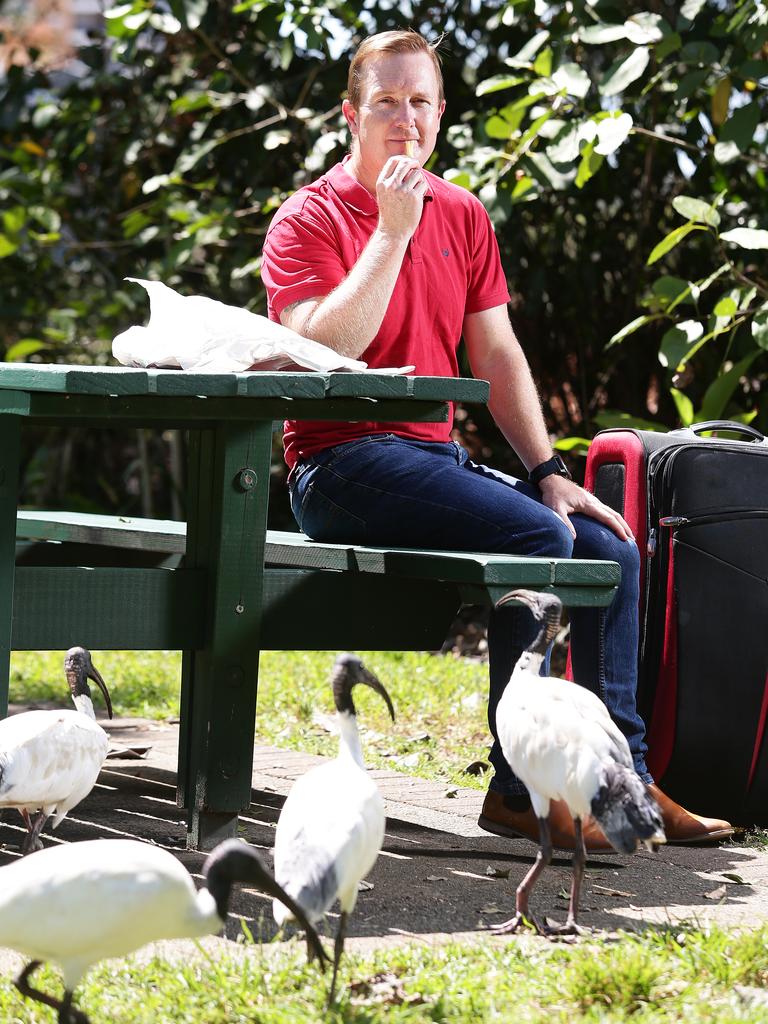 Queenslanders are very familiar with the ibis, which has made itself right at home in the Brisbane Botanic Gardens. Picture: AAP Image/Claudia Baxter

“And I know there’s plenty of Queenslanders who think that’s something that might be appropriate as well.

“But the reality is this is something that we can work on as a community to help tell our story to the globe, and we’ll do that together.”

Mr Hinchliffe said it was great to have Borobi the koala act as the mascot during the 2018 Commonwealth Games, pointing to the marsupial’s* status as Queensland’s faunal* emblem. 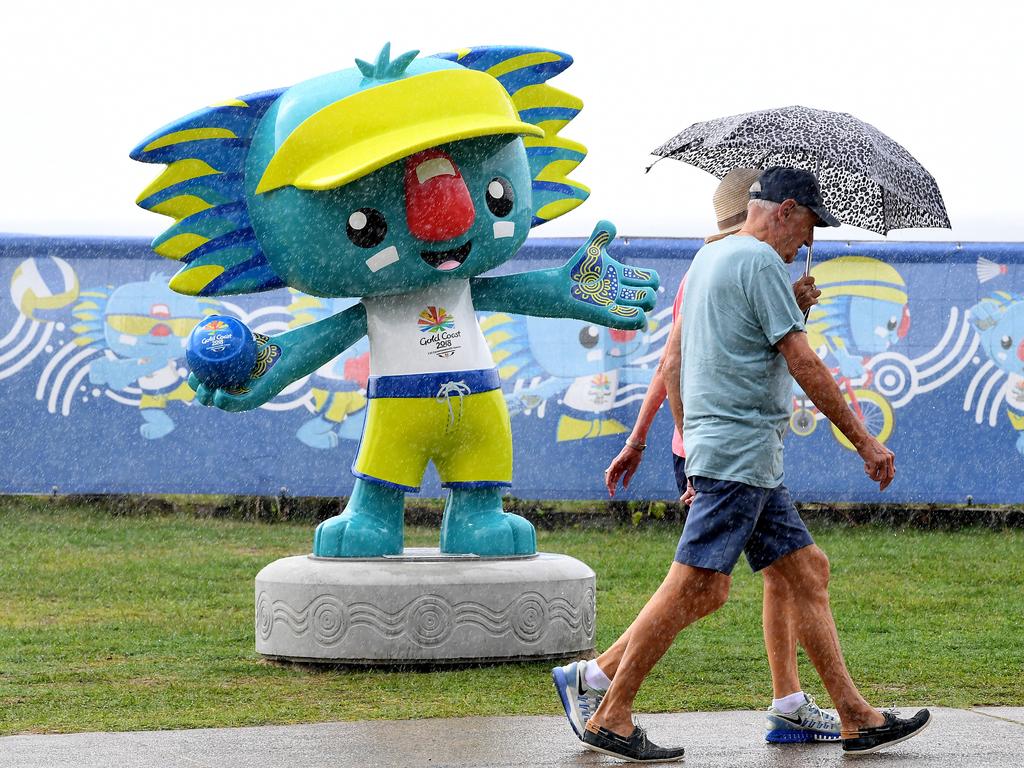 2018 Commonwealth Games mascot Borobi was the first time a koala was used as a mascot at a major, multi-sport event. Picture: AAP Image/Dave Hunt

“But I’m not going to lock things into where we go,” said Mr Hinchliffe, who is also the Minister assisting the Premier on Olympics and Paralympics Sport. “It will be an important decision when it is made by the organising committee.”

Mascots have been a fixture at the summer Olympic Games since 1972, with a wide range of characters chosen to play the role.

Syd the platypus, Olly the kookaburra, and Millie the echidna were selected as the three mascots for the 2000 Games in Sydney.

During the 1982 Brisbane Commonwealth Games, Matilda – the giant, winking kangaroo – served as the River City’s mascot. 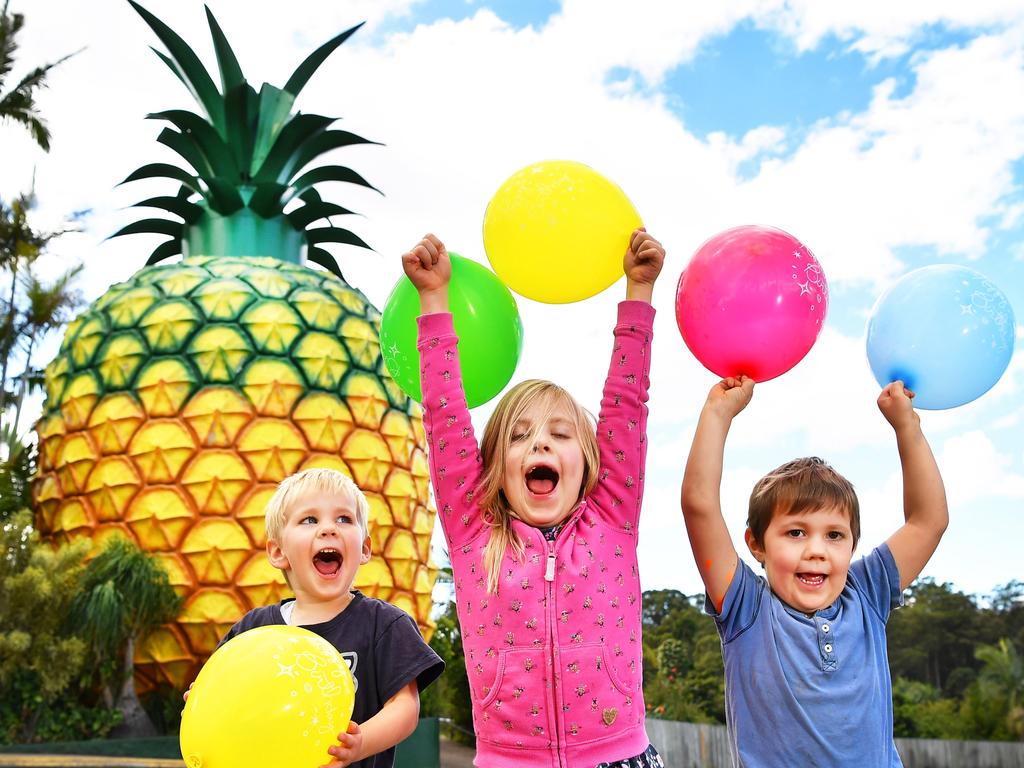 The Big Pineapple, pictured with fans Seth Smith, then 3, with siblings Anouk, 7, and Zachary, 4, turned 50 in August last year and has also been suggested as a Brisbane Games mascot. Picture: supplied

And when Borobi became the mascot for the Gold Coast Commonwealth Games, it was the first time that a koala had been chosen as a mascot for a major Australian multi-sport event.

The surfing marsupial was inspired by a drawing from Brisbane schoolteacher Merrilyn Krohn.

A campaign was launched last year to push for the Sunshine Coast’s Big Pineapple to become the mascot for the 2032 Games.

CLASSROOM ACTIVITIES
1. Olympic Games mascot
Sketch an animal or object that you think is a great representation of Brisbane and Australia, that should be considered for the 2032 Olympic Games Mascot.

Under your sketch write some information such as what it is, why you’ve chosen it and your mascot’s name.

Present your mascot to the class.

2. Extension
Why is the Olympic Games mascot so important to promote the event to the world?

What should it represent?

What mascots of sport or an event are memorable to you?

VCOP ACTIVITY
Just a fragment
Can you use your eagle-eye skills and comprehension to turn these fragments back into complete sentences again?

– also known as a bin chicken

Who or what do you think should be the mascot and why?