Australia’s Cameron Smith is proof that self-belief can overcome crushing obstacles*, after the Queensland golfer won the 150th British Open on Monday at St Andrews in Scotland. Smith’s stunning final round of 64 saw him overtake Northern Ireland’s competition favourite Rory McIlroy on a dramatic day to claim his first major title with a 20-under-par* total. 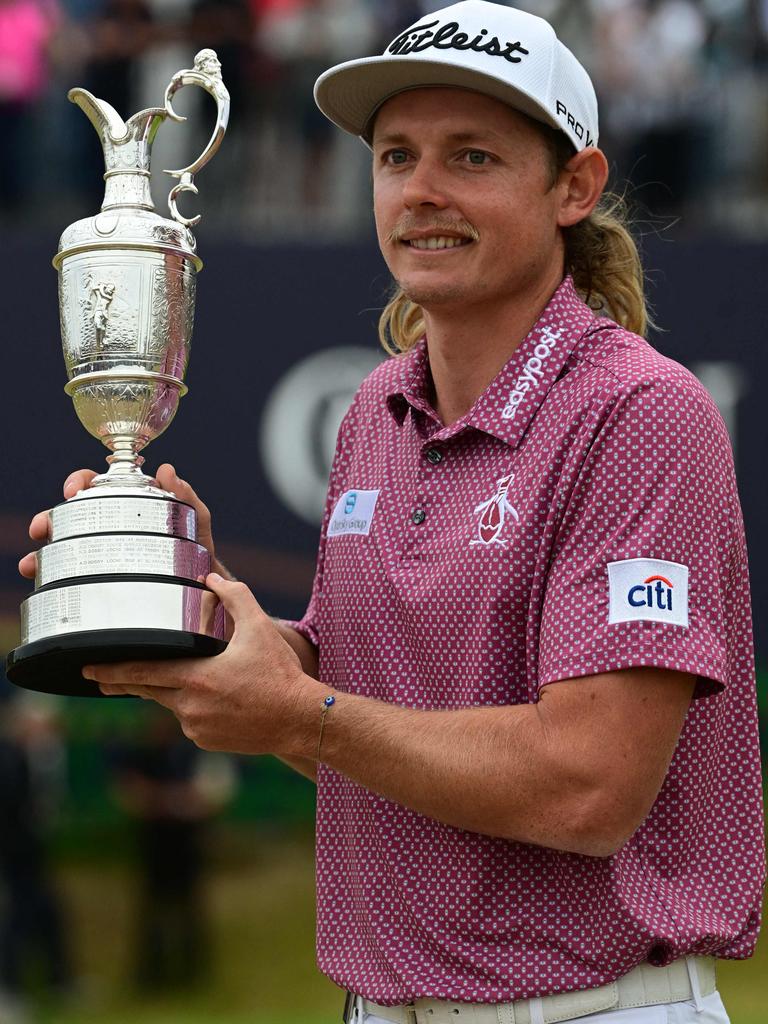 Australia’s Cameron Smith poses with the Claret Jug after winning the 150th British Open Golf Championship on the Old Course at St Andrews in Scotland on Monday. Smith claimed his first major title after a stunning final round of 64. Picture: Andy Buchanan/AFP

Smith began the day four shots off the lead and McIlroy was still two shots clear and in control when Smith’s birdie* surge began. Smith needed something special and the world number six delivered eight birdies — including five in a row — without dropping a shot.

The eight-under-par fourth round allowed him to win by a single stroke ahead of American Cameron Young, while McIlroy finished third.

Smith’s final score 20-under par matched the lowest total in any golf championship and broke Tiger Woods’ record at St Andrews, known as “the home of golf”. Cameron Smith plays from the 16th tee during his final round of the historic 150th British Open Golf Championship at St Andrews in Scotland. Picture: Andy Buchanan/AFP

“I love this type of golf. I think this type of golf suits a lot of Aussies, the firm and fast fairways*. Having to hit away from pins* … is another one, where Aussies are brought up doing that.”

“To win an Open Championship in itself is going to be a golfer’s highlight but to do it around St Andrews is unbelievable.

“This place is so cool. I love the golf course and the town.” McIlroy said he’d let the win slip from his grasp but gave credit to Smith.

“I got beaten by a better player this week,” McIlroy said. “20-under par for four rounds of golf around here is really, really impressive playing, especially to go out and shoot 64 today to get it done.

At just 28, Smith is the first Australian in almost three decades to win the British Open since Greg Norman claimed his second Claret Jug* at England’s Royal St George’s Golf Club in 1993. 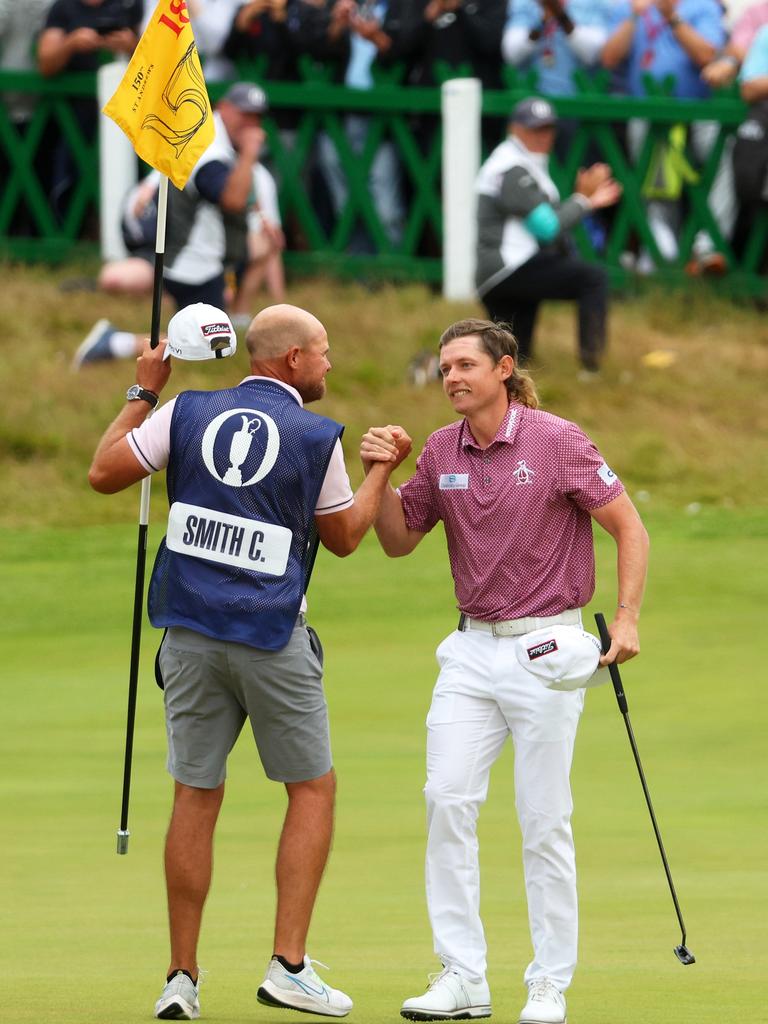 The Brisbane native with the trademark* mullet is also the third Australian to win the Open at historic St Andrews, after Peter Thomson in 1955 and Kel Nagle, who won the Open in 1960.

Smith’s only regret was that his father Des wasn’t in Scotland to see him win in person.

“I had a quick chat with him before, but he’s definitely kicking himself now,” Smith said. “I really wish he was here too. “It’s unreal to look at the names on this trophy and then see mine … I’m lost for words,” Smith said. “The course was exactly how an Open championship should be played.

“I had a lot of support out there, especially the Aussie guys. You guys really kept me going out there. This one’s for Oz.”

The Aussie sport star you should know more about

CLASSROOM ACTIVITIES
1. New Aussie champ
Cameron Smith has won his first major golf tournament and it was a big one. How do you think he would’ve been feeling when he was four shots from the lead on the final day?

What do you think led him to keep believing in himself and still aiming to win the tournament?

How do you think this win will change Cameron’s life?

2. Extension
Write a letter or decorate a card to send to Cameron congratulating him on this milestone win. Give him some feedback on how reading this article or seeing his win on the news and in newspapers made you feel.

Can’t wait to share the news!
Imagine the phone call that Cameron made to his dad after he won. Do you think he rang up and started his recount of events with, “On the weekend …” or, “It was a bright sunny day when I headed out to play golf in the British Open”?

I don’t think so – I think it was more likely he was screaming down the phone with excitement. Yet when we write a recount, we often start way back at the boring details and it can take ages to get to the good stuff.

Create three different openers for Cameron’s recount of his golf championship. Think about three different, exciting events that could be used to capture the audience’s attention. Share all of them with the person beside you, and discuss which works best and why. Is it the same event that works best for their openers as well? Why/why not?

Can you start your next story right in the excitement?