Tom Trbojevic of the Blues celebrates one his many tries during game two of the 2019 State of Origin series. Picture: Getty Images

James Maloney and Tom Trbojevic have steered NSW to a historic 38-6 thrashing* of Queensland, sending this year’s State of Origin series to a decider*.

Maloney set up two tries, kicked five goals, and also shifted to halfback for the second half after an ankle injury to Nathan Cleary on Sunday night in Perth.

Centre Trbojevic, who recorded the first NSW hat-trick* since 2005, was also dominant in his return for the Blues. 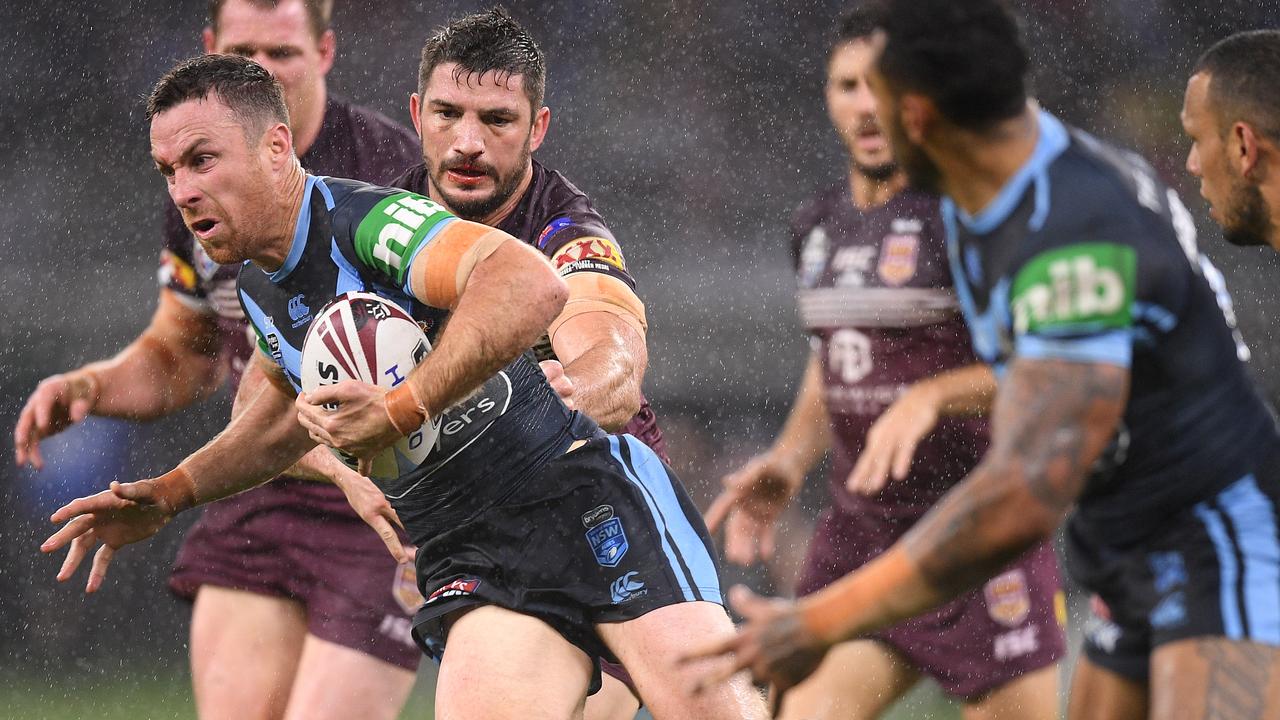 James Maloney of the Blues makes a break against the Maroons. Picture: AAP

A record Optus Stadium crowd of 59,721 was entertained by the NSW masterclass* led by the two men who were both absent for game one.

Trbojevic scored a first-half double to give coach Brad Fittler and his men an 18-6 halftime lead.

Back-to-back penalty goals took the lead beyond two tries, before the Blues blew the game open with another two tries in the space of three minutes. Trbojevic got his third when he finished off a 70m team effort in the 55th minute, and then Josh Addo-Carr got on the end of a Wade Graham grubber*.

A string of six consecutive* penalties left Queensland without a hope in the second half.

Addo-Carr completed the big win with his second in the closing stages. 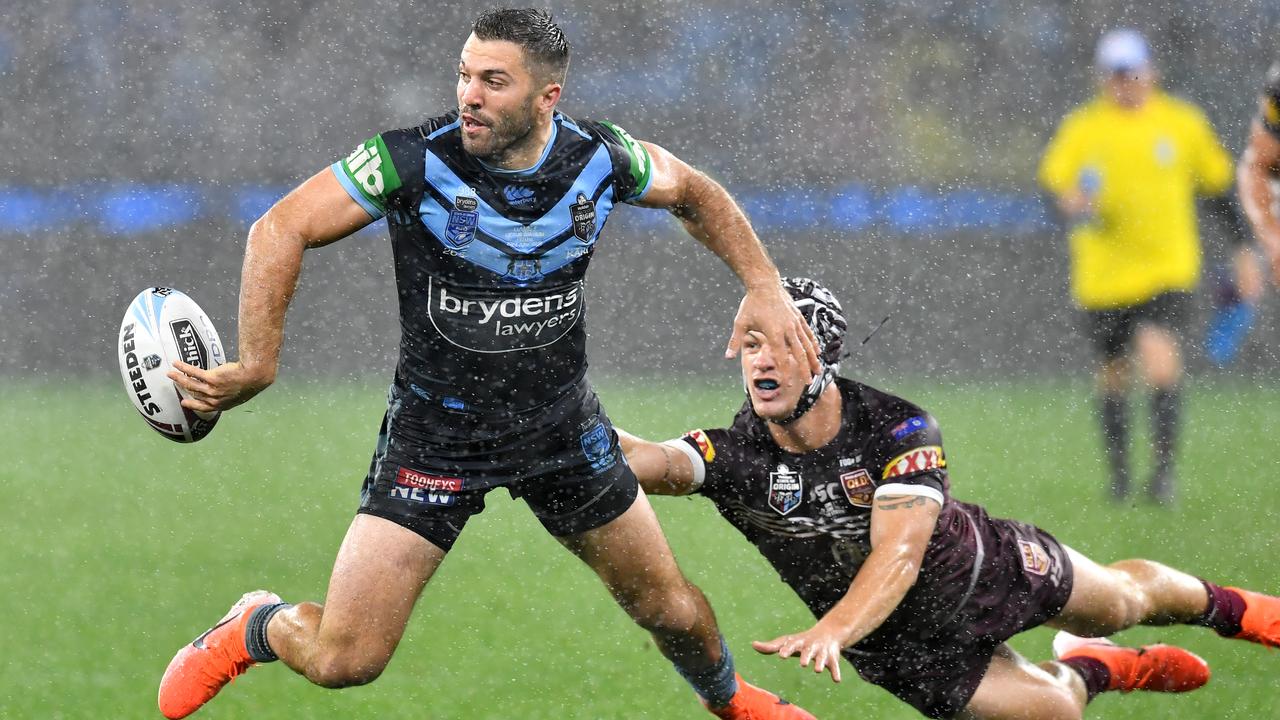 James Tedesco (left) of the Blues gets past Kalyn Ponga of the Maroons. Picture: AAP

Queensland coach Kevin Walters said he was surprised at how well NSW played and disappointed in his team’s effort.

“We were comprehensively* outplayed,” Walters said.

“From the kickoff … they wanted it more than us and they got the right rewards.

“Origin’s won on attitude and effort, and we didn’t match them in any areas there.”

“Once we got ahead, the conditions really helped us,” Fittler said.

“They were under pressure to score points. I’m so excited.”

The deciding game will be playing at ANZ Stadium in Sydney on July 10.

VCOP ACTIVITY
With a partner see if you can identify all the doing verbs/doing words in this text. Highlight them in yellow then make a list of them down your page. Now see if you and your partner can come up with a synonym for the chosen verb. Make sure it still makes sense in the context it was taken from.

HAVE YOUR SAY: Which Origin side will win the Game 3 decider? Why will they win?
No one-word answers. Use full sentences to explain your thinking. No comments will show until approved by editors.