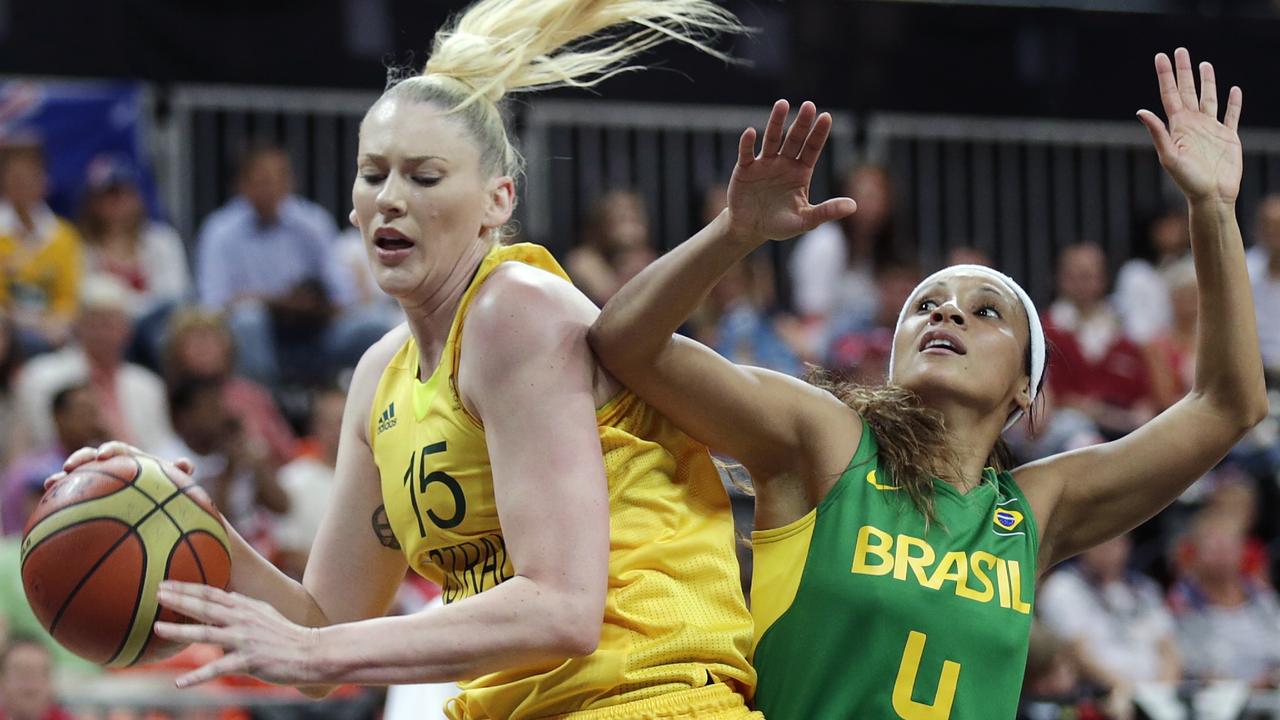 Australia's Lauren Jackson, left, drives to the basket against Brazil's Adriana Pinto during a women's basketball game at the 2012 Summer Olympics in London, UK. Picture: AP

Lauren Jackson is about to become the first Australian player ever to be inducted* into the Naismith Memorial Basketball Hall of Fame, widely regarded as the sport’s biggest honour.

The basketball legend* is one of Australia’s highest-achieving athletes and was thrilled at the announcement.

“I am extremely honoured and humbled* to be named in the Naismith Memorial Basketball Hall of Fame Class of 2021,” Jackson said.

“To be recognised alongside such esteemed* members of the basketball fraternity* in the class of 2021 is mind-blowing, and then the prospect of being inducted into the prestigious* Naismith Basketball Hall of Fame with legends and pioneers of our sport is just surreal*.

“Growing up I could only have dreamt of having the career that I have had, and I am thankful every day for the experiences and opportunities that basketball has given me.

“I’m just a girl from country NSW who worked hard to be the best I could be and if that inspires others to follow in my footsteps and chase their own goals and aspirations*, then that’s the most enriching* award I can receive.

“To everyone who has played a role in my life and basketball career to date, all I can say is ‘thank you’ from the bottom of my heart; this Hall of Fame honour is as much yours as it is mine.”

She will be officially inducted at a ceremony in September.

Jackson’s sporting career is stacked with highlights. A seven-time WNBA All-Star, she won the American league’s most valuable player (MVP) award three times and led her Seattle Storm to championships in 2004 and 2010.

Jackson dominated overseas after making a name for herself in Australia. She’s a five-time WNBA All-Star, a four-time MVP and four-time Grand Final MVP.

The basketball legend won three Olympic silver medals with the Opals in 2000, 2004 and 2008, and won gold at the Commonwealth Games in 2006 and the World Championships that same year. Lauren Jackson was Australia’s flag bearer for the London Olympics in 2012.

A five-time Australian International Player of the Year, Jackson was inducted into the Australian Basketball Hall of Fame in 2019.

“Lauren is Australia’s greatest ever basketballer and a true pioneer of women’s sport. No other Australian basketballer has achieved the level of success that Lauren has, and her pending induction into the Naismith Hall of Fame is a reflection of her incredible accomplishments.

“The significance of this recognition cannot be understated, it’s a landmark day for Australian sport, and it’s only fitting that Lauren is set to become the first Australian athlete to be inducted as a player into the Naismith Memorial Basketball Hall of Fame.” 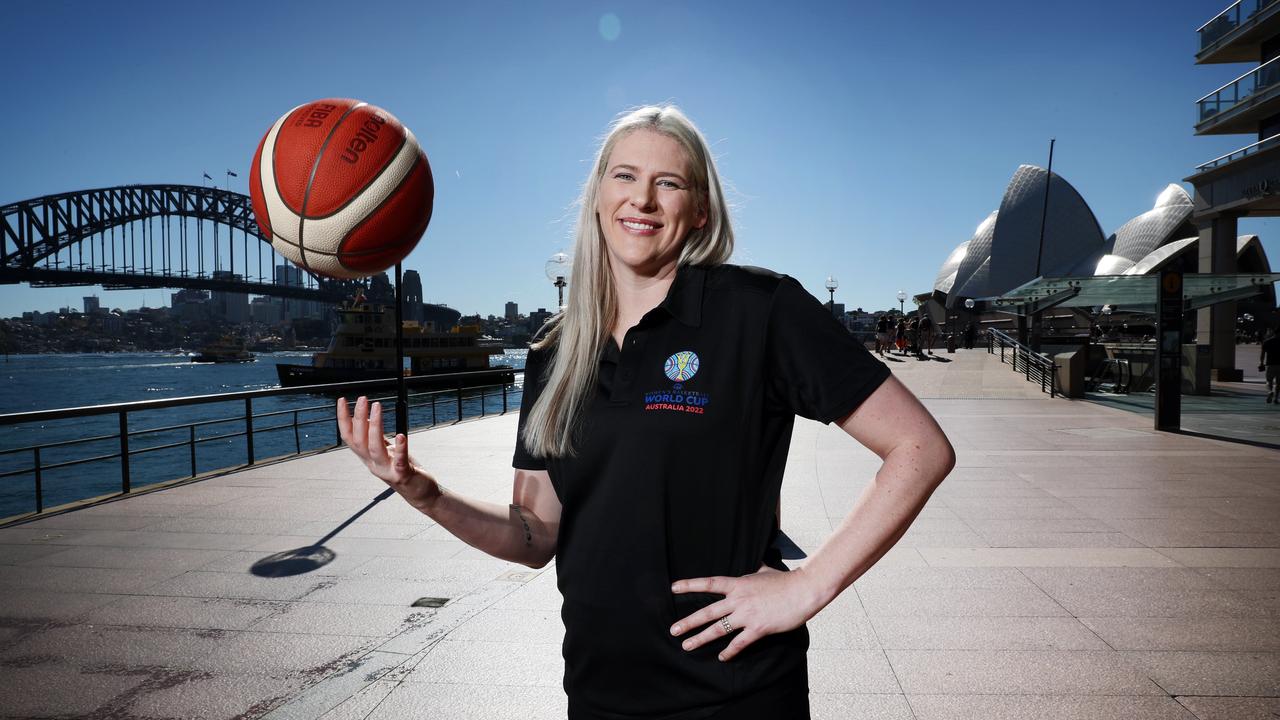 Lauren Jackson at Circular Quay in Sydney, NSW. Jackson is an ambassador for the 2022 Womens Basketball World Championships in Sydney. Picture: Richard Dobson

Lindsay Gaze is the only other Australian in the Naismith Memorial Hall of Fame, being inducted for his coaching achievements in 2015. However, Jackson is the only Australian to claim the honour as a player.

Jackson will be one of 16 honorees* in the class of 2021. In addition to her, this year’s class includes nine honourees from the North American and Women’s committees including NBA legends Chris Bosh, Paul Pierce and Ben Wallace. 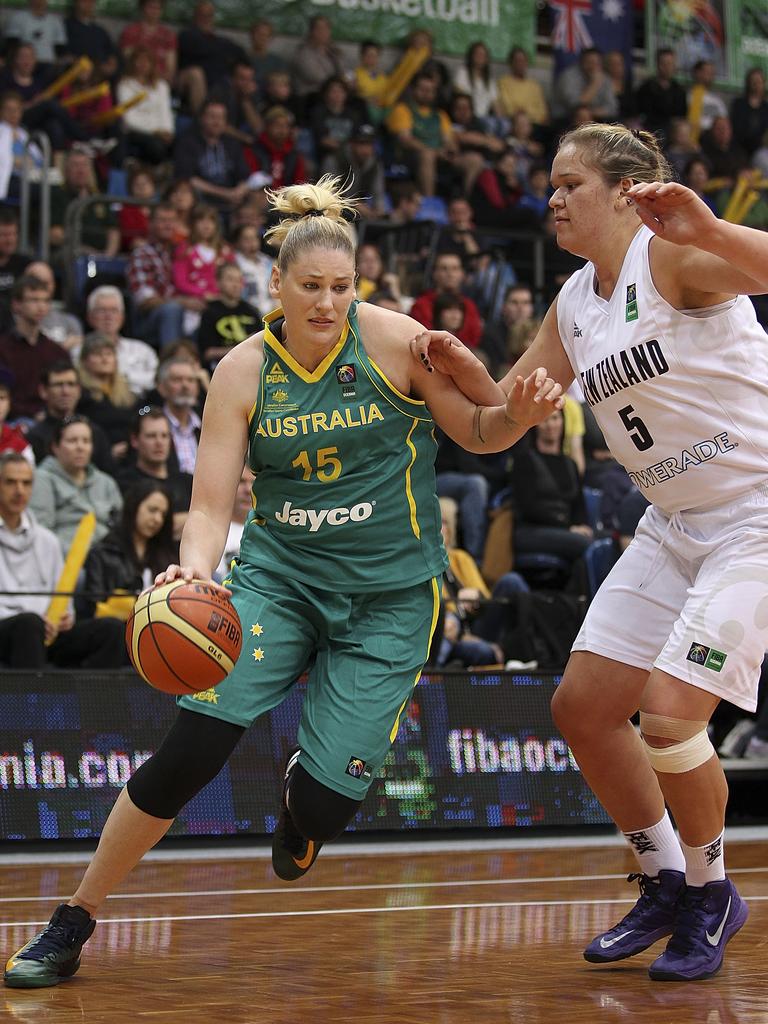 Lauren Jackson of the Opals drives to the basket during the Women’s FIBA Oceania Championship match between the Australian Opals and the New Zealand Tall Ferns at AIS on August 18, 2013 in Canberra, ACT. Picture: Getty Images

CLASSROOM ACTIVITIES
1. Role Model
What makes Lauren Jackson a good or positive role model for kids like you?

List all of the things in the story that you think show that Lauren is a positive role model. The only rule is that none of the reasons can be about basketball.

2. Extension
If there was an Everyday Hero Hall of Fame, who would you choose to be honoured? Think of a person in your school, family or community who you think deserves to be recognised and celebrated. Write a testimonial about this person. A testimonial is a detailed description of all of the reasons why this person deserves to be inducted into the Everyday Heroes Hall of Fame.