Basketball boy from Bendigo Dyson Daniels flies into the NBA 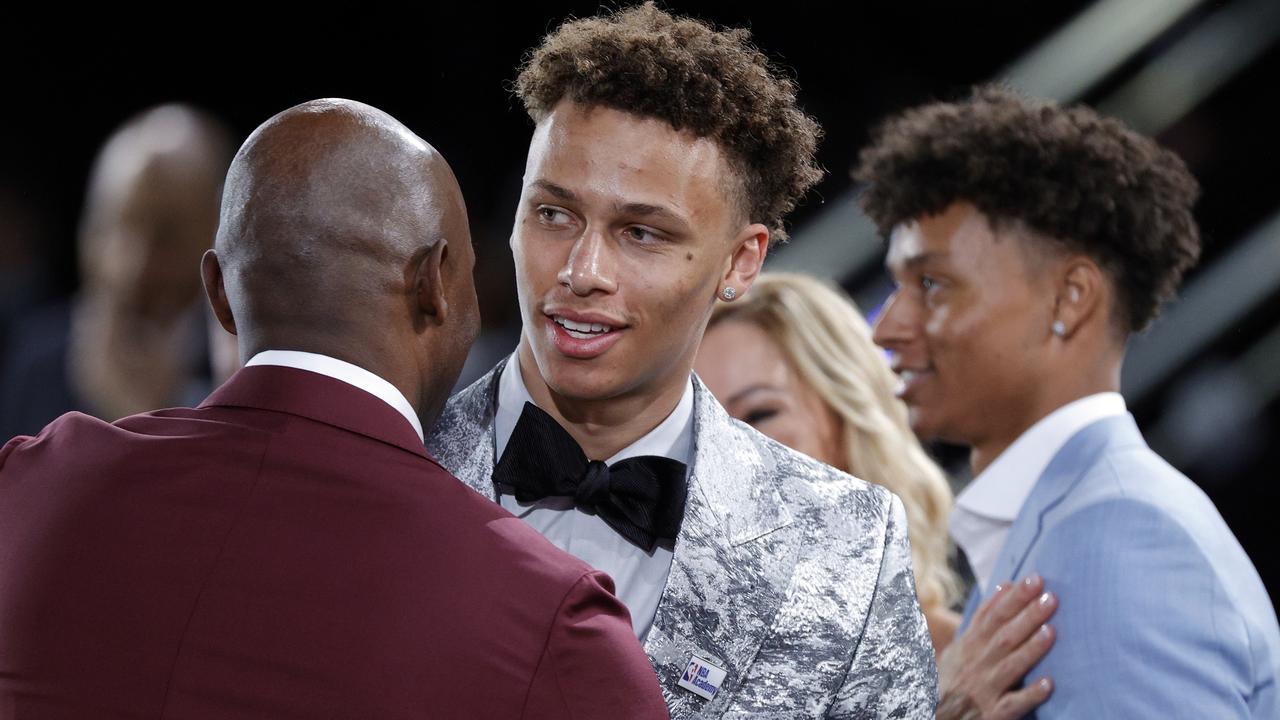 Dyson Daniels hugs his dad after being drafted with the 8th overall pick by the New Orleans Pelicans during the 2022 NBA draft in New York City. Picture: Sarah Stier/Getty Images

Young Australian basketballer Dyson Daniels has been drafted to the NBA – and his new team has already nicknamed him “Crocodile Dundee”.

The New Orleans Pelicans selected the 19-year-old Victorian with pick eight at the draft* on Friday 24 June.

His selection makes him an instant millionaire, now earning a salary of at least $4.4 million.

He is the 32nd Australian to make the NBA. Dyson Daniels certainly looked the part in his snazzy silver suit as he was drafted by the New Orleans Pelicans during the 2022 NBA Draft on 23 June 23, 2022 at Barclays Center in Brooklyn, New York. Picture: Steve Freeman/NBAE via Getty Images

Daniels stood out on the big stage at the Barclays Centre in Brooklyn in the US in his metallic silver suit, matching watch and black tie. The gun guard was still in disbelief when he spoke to the media after his selection.

“When I heard my name called, my heart just dropped,” he said. “I’m just so happy. To be a Pelican … there’s no better place. I can’t wait to get to work. This is crazy!”

Daniels’ shiny suit stole the show at the draft, his flash style attracting praise from many at the Barclays Centre. 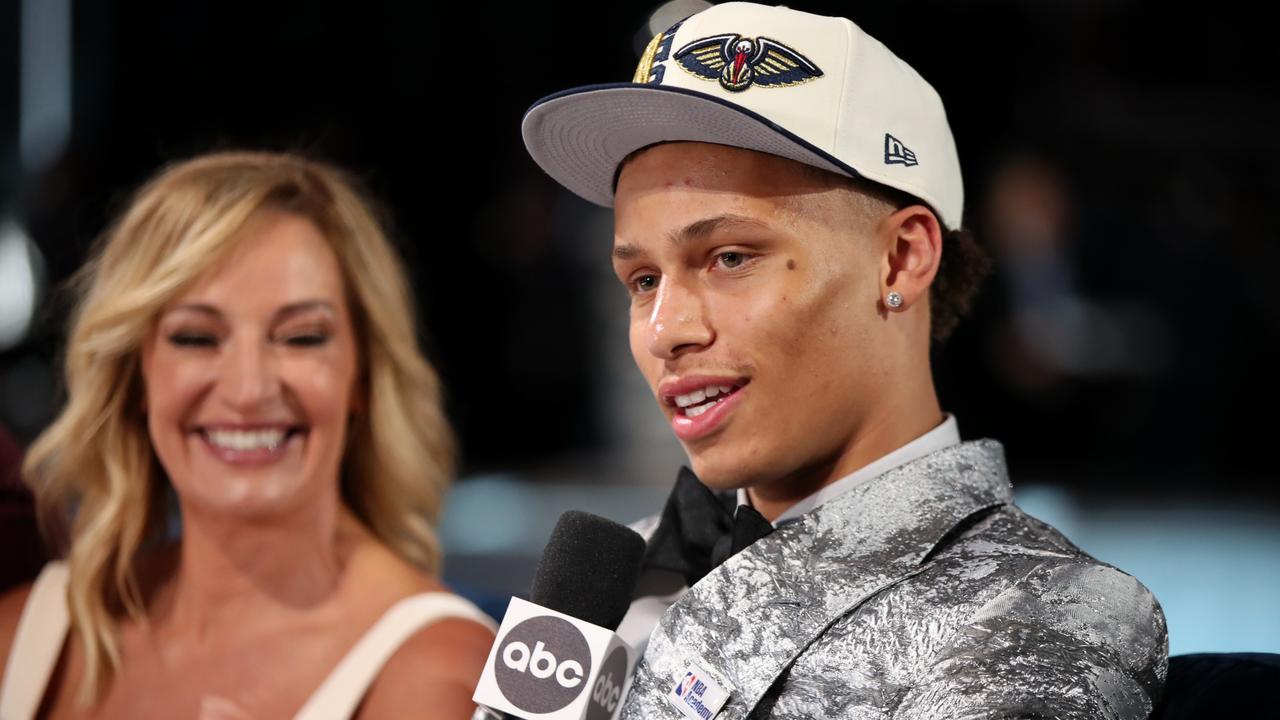 Daniels’ selection has made the boy from Bendigo an overnight millionaire. Picture: Michael J. LeBrecht II/NBAE via Getty Images

Asked if he always dressed that conservatively when he went to work, the young Aussie replied: “No, I don’t, but you know, this is a one-off opportunity, the NBA draft, so I had to put something together – a little shine on it.”

NBA analysts* hailed the proud Victorian as a “spectacular defender” and compared him to fellow Aussie guard ­Matisse Thybulle*. New Orleans has a host of star players, so the boy from Bendigo will have time to ­develop off the bench.

Daniels was joined at the draft by proud parents Ricky and Brikitta and brothers Kai and Dash. The draft was a family affair for Daniels, who had his parents and brothers on hand to help him celebrate his selection. Pictured from left with the young basketball star is brother Dash, father Ricky, mum Brikitta Kool-Daniels and brother Kai. Picture: Instagram

Daniels took to social media before the draft to thank his Australian supporters.

He also showed off his flash silver suit, which included the Victorian map inside his jacket with the words of his hometown: Bendigo.

He also had a tribute* to his family inside the jacket.

“To all the fans out there, you’ve followed me throughout the draft, your comments and everything doesn’t go unnoticed,” he said.

CLASSROOM ACTIVITIES
1. NBA dream
Dyson Daniels looks to have a big career ahead of him. The NBA competition in America is one of the best and well-known in the world and players make a LOT of money!

Dyson would have done years of hard work and training and made sacrifices to make it this far, as would his family.

What sort of training and dedication would Dyson have had to commit to over the years? His mum, dad and brothers may have had to make some sacrifices too – what might these be?

2. Extension
Dyson is at the beginning of his NBA journey. Getting drafted from Australia is a huge step.

What is your goal to achieve when you are an adult? List five things you can do now to help you achieve this:

VCOP ACTIVITY
VCOP dodgeball
The normal rules of dodgeball apply. Two teams throw soft balls at each other and if you get hit, you have to sit out. The team who knocks out all the players on the other team, wins.