Australian players congratulate Megan Schutt on bowling out Hayley Jensen of New Zealand during game one of the ODI Series between New Zealand and Australia at Bay Oval on April 04 in Tauranga, New Zealand. Picture: Getty Images

Australia’s women’s cricket team have beaten New Zealand in the opening Rose Bowl Series one-day international, achieving a level of excellence that places them at least alongside other famous cricket teams such as the Invincibles.

With their convincing six-wicket win over the White Ferns* at Mount Maunganui’s Bay Oval in New Zealand on Easter Sunday, the Aussies set a new world record of 22 consecutive ODI* victories, overtaking the 21 straight wins of Ricky Ponting’s 2003 team. They equalled that record in October last year.

Aussie skipper Meg Lanning described the win as a great achievement that had been carved out over a long period of time.

“Those wins have come over three years which shows how consistent we’ve been at this format … so it’s something we’ll look back on,” she said.

“A real strength of ours over the last few years has been having those key pillars throughout the team and we have been able to add some new players, so we have a really good mix of experience and youth coming through and that gives us really good variety in our attack.

“We like to play an aggressive brand* of cricket and that’s really natural for a lot of our players, so we don’t want to put any handbreaks* on, we want to go out there and play with freedom and it shows in the way we play.”

GREATEST EVER?
Australia’s women cricketers now sit alone as the most successful ODI side ever assembled.

Their last defeat in an ODI was in October 2017, while their incredible winning streak began on March 12, 2018 when they swept India 3-0 on the subcontinent*.

Every series they’ve played since has ended the same – whether at home or away, no matter the opposition, no matter whether they batted first or second – another sweep for our golden generation of stars.

Here are some of Australia’s greatest sporting teams throughout history. Do you think Australia’s women’s cricketers are the best of them all? THE INVINCIBLES
Don Bradman’s cricket team that toured England in 1948 will forever remain the benchmark for all touring Australian teams. Over almost five months, they played a total of 34 matches, including five tests against England, and never lost a single game. Rightly so, they became known as the original Invincibles. 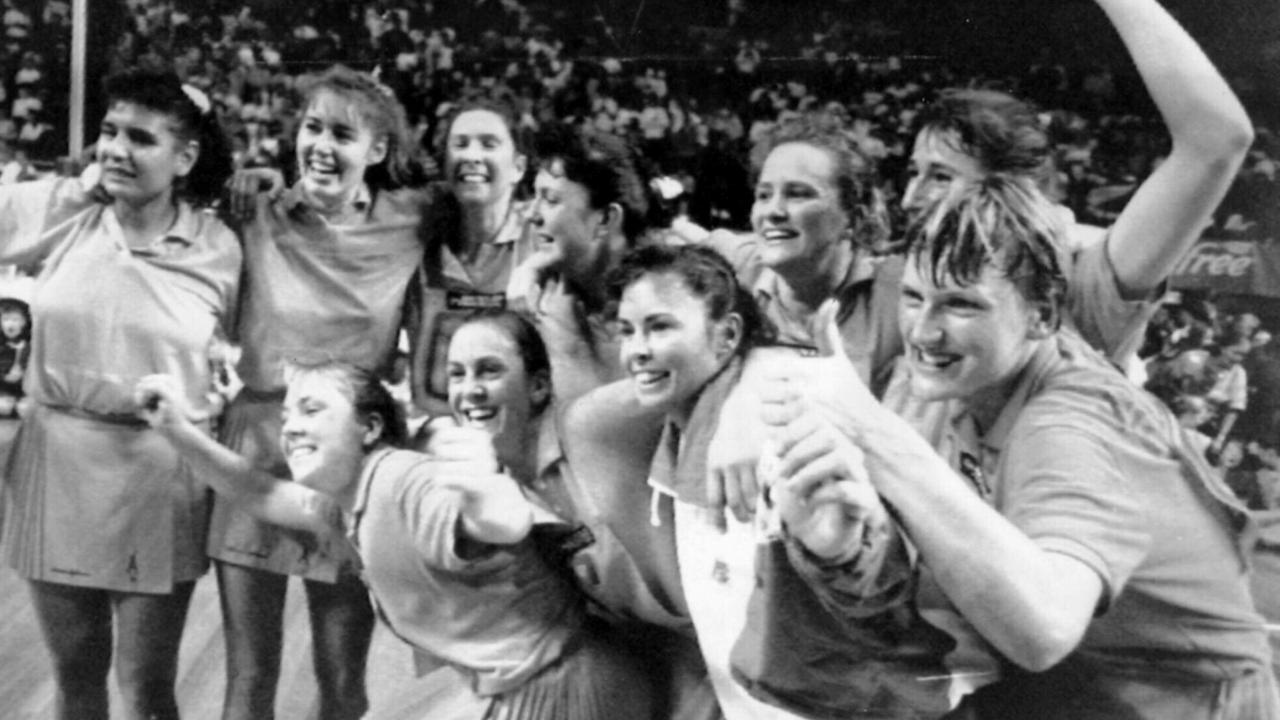 THE DIAMONDS
With 11 World Cup titles under the belt*, more than double the next best country, Australia is unchallenged as the world’s leading nation in netball.

There’s been so many great teams that selecting the best Australian netball side is a battle in itself but the 1990-94 team stands out from the pack. That team won a record 37 matches in a row, including the nailbiting* 1991 World Cup final against New Zealand.

THE KANGAROOS
Australia’s best rugby league players have been touring the northern hemisphere since 1908 but the 1982 Kangaroos were the first to come home from Britain and France undefeated, winning all 22 games they played, scoring over 1000 points. They were also labelled the Invincibles but to prove it was no fluke the 1986 Kangaroos also went undefeated, through 20 matches, and were dubbed* the Unbeatables.

THE HOCKEYROOS
The Hockeyroos were crowned Australia’s Team of the Year five times and unanimously* awarded the title of Best Australian Team at the 2000 Sydney Olympics. Between 1993 and 2000, Australia’s champion women won every major tournament they entered, including two Olympic Games, two World Cups, a Commonwealth Games and five Champions’ trophies. Australian captain John Eales (left) and Australian scrum-half George Gregan pose with the cup after the Rugby World Cup 1999 final game between France and Australia at the Millennium Stadium in Cardiff, Wales, UK in 1999. Picture: AFP

THE WALLABIES
It’s hard to believe now, but the Wallabies were once the undisputed* kings of men’s rugby, at the turn of the century. Between 1998 and 2002, the Wallabies kept the Bledisloe Cup away from New Zealand for five seasons in a row. In 1999, the Wallabies won the Rugby World Cup for the second time, conceding* just one try in the entire tournament, and in 2001, they registered their first series – and so far only – win over the British and Irish Lions.

HOW THE AUSSIE WOMEN WON
After winning the toss for the Easter Sunday match, Australia sent their Kiwi hosts into bat. Megan Schutt gave the visitors a perfect start by knocking over opener Hayley Jensen’s stumps with the first ball of the second over.

The Aussies’ line and length was excellent, and NZ found piercing the field difficult. Stand-in NZ captain Amy Satterthwaite had to wait until the sixth over to hit the Kiwi’s first boundary.

By comparison, Aussie opener Rachael Haynes found the rope twice in the opening over of her side’s chase.

The Kiwis were missing two star batters, with skipper Sophie Devine out for a rest while former captain Suzie Bates has been missing since shoulder surgery last year.

Lauren Down did her best to keep the hosts in the hunt with a sensational 90 (134 balls, including eight fours), before being caught and bowled by Nicola Carey late in the 40th over.

The Aussies were excellent in the field, with two run-outs and wicketkeeper Alyssa Healy was sharp with two stumpings.

Her dismissal of Amelia Kerr, who had made a quick 33 (46), was borderline but given out by the third umpire and it shifted momentum, with the Kiwis then losing their remaining seven wickets for only 53 runs.

Schutt finished with figures of 4-32 and the Kiwis were all out in the penultimate* over for 212. It’s been five years since the Aussies were last unable to chase down a total of less than 250. This time they started the chase fearlessly by hitting 11 from the opening over.

But it didn’t all go according to plan: vice-captain and captain, Haynes (14 from 19) and Meg Lanning (5 from 12), lost their wickets inside the first 10 overs and the Aussies were in a tricky situation at 2-41.

Australia had already surpassed the longest women’s ODI streak back in 2019 when they notched up their 17th straight win. They have not lost a 50-over match since their last loss to India in October, 2017. Australia has held the Rose Bowl Trophy for more than two decades, having won every series since 2000.

CLASSROOM ACTIVITIES
1. Invent a nickname
Most of the best Australian sporting teams have a nickname, such as the Hockeyroos (hockey), the Matildas (soccer), the Invincibles (cricket) or the Oarsome Foursome (rowing).

Invent a nickname for Australia’s women’s cricket team and write a paragraph explaining why it’s a good choice.

Despite years of incredible success, there isn’t a single female cricketer in the Hall of Fame and Australia’s women’s cricketers have not yet received a Team Sport Australia Award.

If you’ve convinced yourself the cricketers deserve an award, consider nominating them!

To learn more about the Sport Australia Hall of Fame, including how to nominate an athlete or team, visit sahof.org.au