Swimmer Ian Thorpe with the three gold medals he won at the Sydney 2000 Olympic Games, pictured near Sydney Harbour.

Australia’s greatest ever swimmer, Ian Thorpe, will lead a multimillion-dollar program for the Australian Institute of Sport to help top athletes stay mentally fit and cope with life after they retire.

The announcement follows recent crises* faced by some of Australia’s most famous sportspeople, including tennis player Bernard Tomic and cricketers Steve Smith and David Warner. Bernard Tomic during the mens singles first round match of the 2018 French Open. Picture: Getty

Mr Thorpe, who won five Olympic gold medals, said the AIS program is necessary to help athletes during their careers. He also said that it was very important to help them to move to life outside sport, because athletes usually retire when they are still young and the life of an elite* athlete can be completely different to life after they retire.

“It is critical, knowing that sport has a finite life cycle, to prepare athletes for what is next,” he said. “There needs to be more work done during athletes’ careers to develop skills outside of sport.” Ian Thorpe presents Mack Horton with a gold medal on day one of the Gold Coast 2018 Commonwealth Games. Picture: Getty

Mr Thorpe, who at 14 years old became the youngest male to represent Australia, has talked publicly about his own mental health problems, including depression.

Tennis player Bernard Tomic was the world’s best under-14 player and once reached number 17 but his performance since has had lots of ups and downs. He has been in trouble with the police and talked about giving up tennis, even though he is only 25.

The AIS has already started work on what will be called its Department of Athlete Wellbeing and Engagement*. The new department will help athletes get help if they are not coping with the attention that comes with being a sports star.

THE BALL-TAMPERING CRISIS: Coach Langer to rebuild respect in cricket

Mr Thorpe said the new program, which encourages elite athletes to be open about mental health issues, could make them better sportspeople. “Training like machines is all well and good,” he said. “But if an athlete only does what they are told to do, they are never going to exceed* expectations*. They are only going to do what’s prescribed* by a coach.”

AIS deputy director Matti Clements said athletes needed to know they were not alone even though being an elite sportsperson can make people feel isolated, or cut off from family and friends.

“They need to know how they can find support, and that there is a culture that supports them, 24/7,” Ms Clements said. 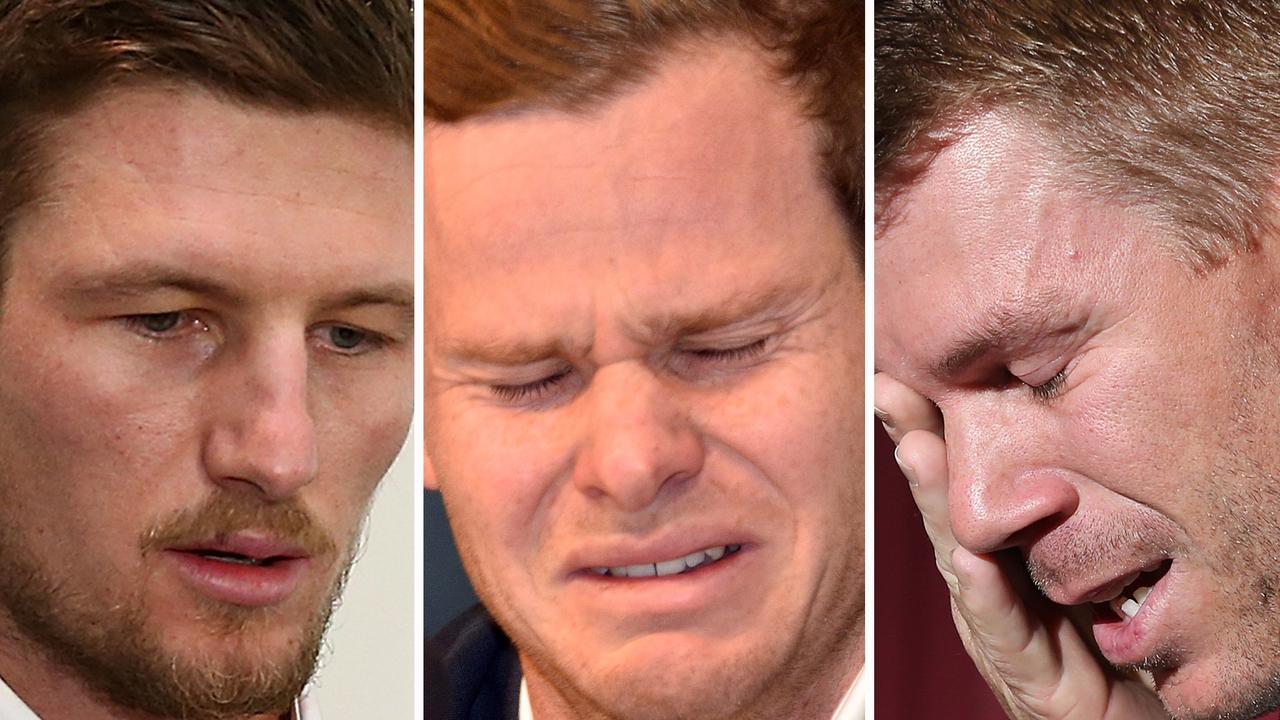 Mr Thorpe said cricket’s recent ball-tampering scandal illustrated* the need for initiatives* like this: “We live in a society where if someone does the crime and does the time, they should be welcomed back into society. It should be the same in sport.”

Mr Thorpe said he had closely watched Steve Smith’s press conference (during which he was extremely upset and cried many times) when he returned from South Africa after the ball-tampering scandal. “It was horrible to watch. I just wanted to forgive this person,” he said.

However, he also said there needed to be consequences* for the players: “The punishment needs to reflect that it is taken extremely seriously. In a broad sense, we’ve done the wrong thing by these athletes if they think that is the right thing to do in this country.”

YOU MAY ALSO LIKE THIS: Aussies prove they’re good sports

tampering: changing to affect how something works

engagement: being involved and committed

expectations: what is expected

prescribed: told to do

consequences: what happens, usually negative, because of something else

1. What does AIS stand for?

2. Why does Ian Thorpe believe the program is necessary?

3. Name three examples of elite athletes who have had personal crises recently?

4. How did Ian Thorpe feel towards Steve Smith while watching his press conference?

5. What are some of Ian Thorpe’s qualities that helped his success?

Create two “word clouds” containing feelings that you think elite sportspeople may experience during their careers and then once their careers have ended (or been interrupted by injury or poor decisions). Each cloud should contain a minimum of 12 words, but hopefully many more! You may create your word clouds by hand or use one of the many word cloud creators available online.

Here are a few words to get you started …

During their careers: pride adulation importance

After their careers: deflation loss disorientation

Extra resources: A thesaurus may be helpful for this activity

Extension: Imagine that you are a champion athlete and you have recently come to the end of your sporting career. Write a diary entry about how you are feeling, making use of some of the words you included in your word clouds.

QUESTION: What might be different about life once athletes retire from full-time sport?

Do not use one-word answers. Explain your thoughts and use lots of adjectives.