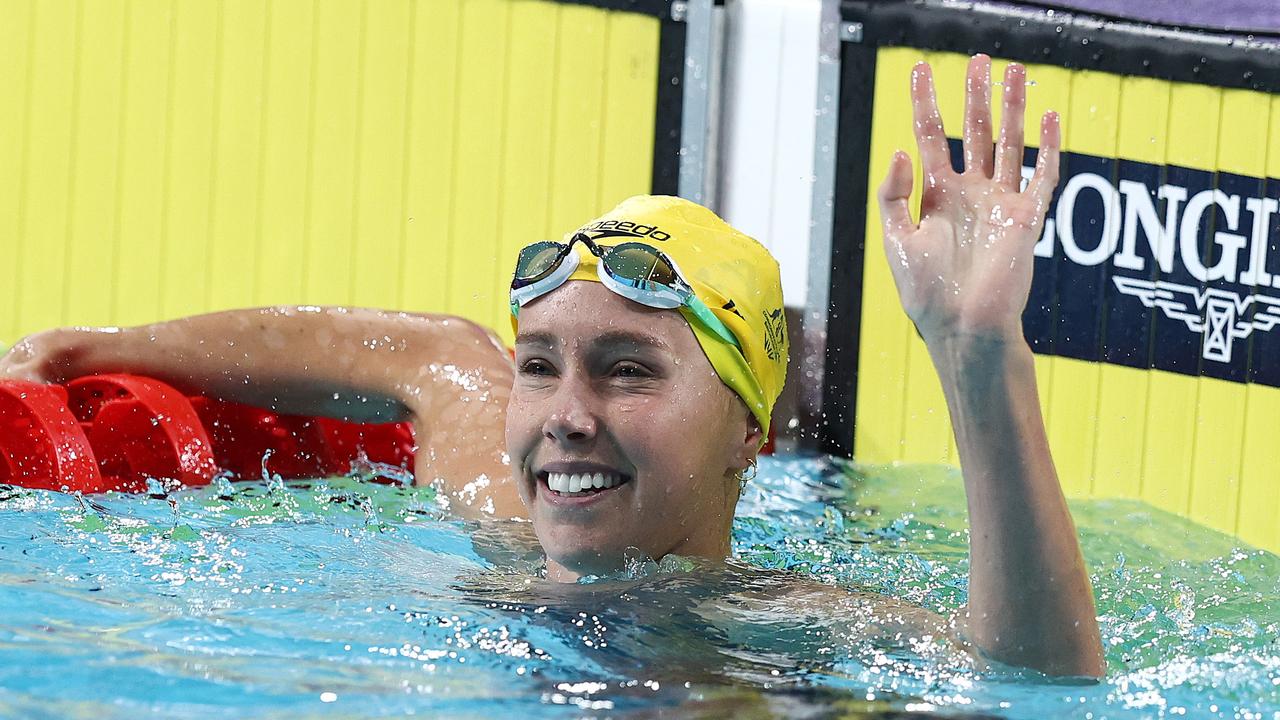 Emma McKeon celebrates after winning gold in the women’s 50m freestyle in Birmingham, the 11th Commonwealth Games gold medal of her career and the most of any Australian athlete. Picture: Michael Klein

Swimming ace Emma McKeon has become Australia’s most successful Commonwealth Games athlete of all time after winning the 11th gold medal of her career this morning.

McKeon made history when she took out the women’s 50m freestyle. The victory put her ahead of Australian swimming greats Susie O’Neill, Ian Thorpe and Leisel Jones, who each have 10 Commonwealth Games golds.

“I just get in there and do my best,” McKeon said after her history making race. “Take each race one at a time. When I get in I want to win obviously, like everyone else in the race.

“I feel like I am a lot more relaxed this year than last year. I think the place that I am in mentally is showing in my performances.” 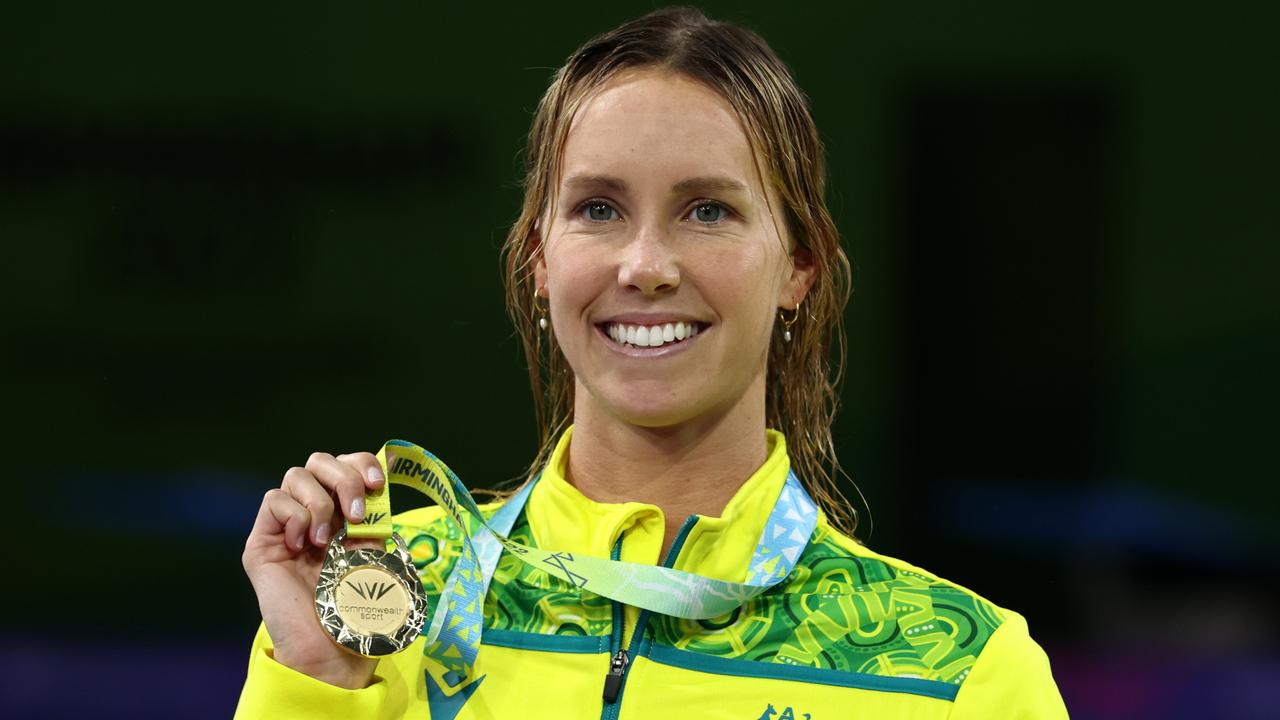 Australia is sitting at the top of the Commonwealth Games medal tally, with 22 golds among 52 medals won in the first three days of competition.

Team Australia added three gold medals to its haul* on day three of the action, including McKeon’s 50m freestyle gold.

Moments after her victory, the women’s 4 x 200m relay team powered home for gold and smashed the world record in the process.

The final gold of day three went to Kaylee McKeown in the 100m backstroke. 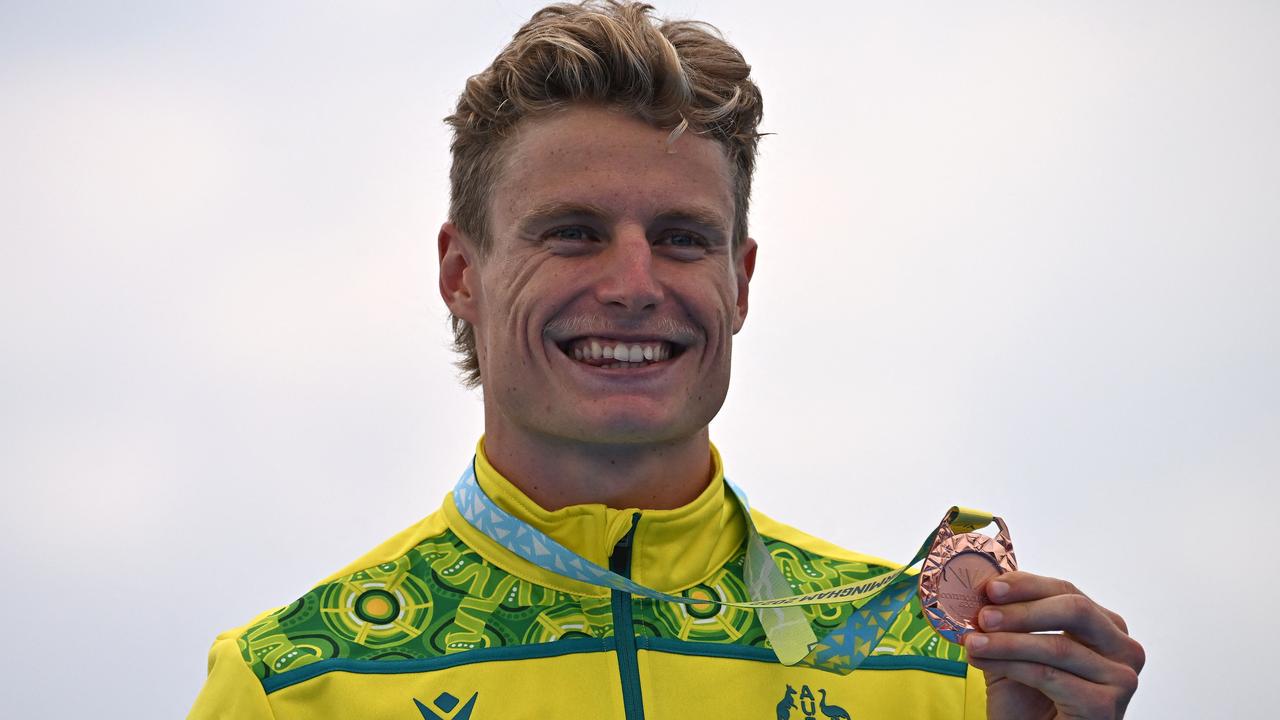 Triathlete Matt Hauser had the honour of being the first Australian to win a medal at the 2022 Commonwealth Games when he took home bronze in the men’s triathlon sprint distance final on the first day of competition.

Our first gold medal performance came from track cyclists Jess Gallagher and Caitlin Ward, who claimed victory in the women’s tandem* B sprint on day one.

They started a day one gold rush, with two more gold medals coming from the velodrome* – for the women’s 400m pursuit team and the men’s sprint team – and five from the pool. Our first gold in the pool went to Elijah Winnington in the 400m freestyle, while Titmus took gold in the women’s 200m freestyle in a Commonwealth Games record time of 1min:53.089sec.

Zac Stubblety-Cook won gold in the men’s 200m breastroke and Tim Hodge won his first Commonwealth Games gold in the para-swimming S9 100m backstroke in a Games record time of 1min01.88sec. The mixed 4x100m relay closed out the first night of swimming with more gold for Australia. 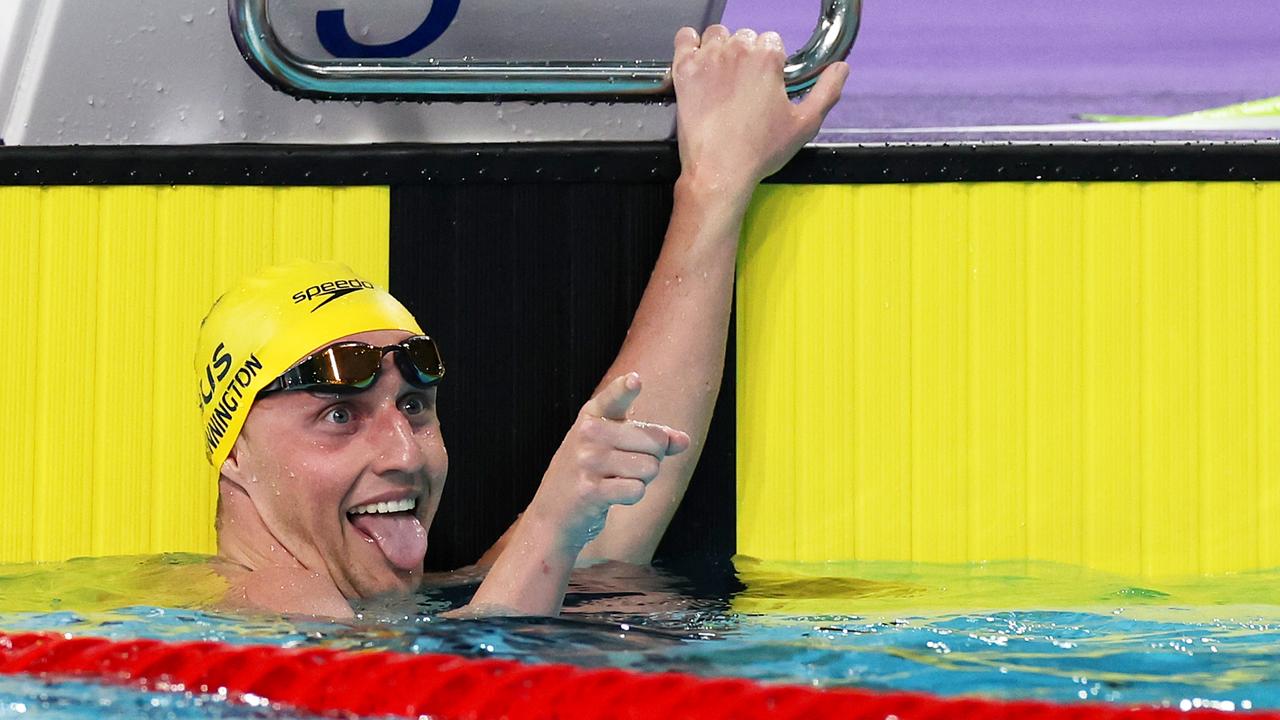 Elijah Winnington won the first gold in the pool for Australia, claiming victory in the men’s 400m freestyle on day one of the Games. Picture: Getty Images

McKeon was part of this relay combination and the gold medal was the 10th of her Commonwealth Games career, drawing her level to previous record holders O’Neill, Thorpe and Jones.

The other day two golds went to the men’s 4x100m relay swimmers; Katja Dedekind, who set a world record in the women’s S13 50m freestyle; Madison de Rozario in the women’s T53/54 marathon in a Games record time of 1hour56min, and Jess Stenson in the women’s marathon. The Aussies topped the tally at the last Commonwealth Games on the Gold Coast in 2018, with 198 medals, including 80 gold.

CLASSROOM ACTIVITIES
1. Interview with a medallist
What a performance from our gold medal winners! Imagine you are a sports presenter covering the Commonwealth Games and are given the task of interviewing one of the gold medallists following their winning performance. Make a list of questions you would ask.

2. Extension
What interview questions would you ask one of the competitors who did not win a medal? Remember to show sensitivity in your questioning as they are likely to be feeling disappointed.

VCOP ACTIVITY
1. Athlete profile
It’s time to shine a spotlight on our Commonwealth Games athletes. Create a template for a character profile that you can fill in with all the information you want to know about some of our athletes. Make sure the layout has subtitles, and perhaps questions under each subtitle, to help you fill it in.

2. Extension
Let’s test your layout. Can you use the character profile layout and fill it in with information about yourself? Check to see if you have included enough categories. Will we learn a lot about you, or do you need to add more sections? Share your fact file with your class, so they can learn more about you.