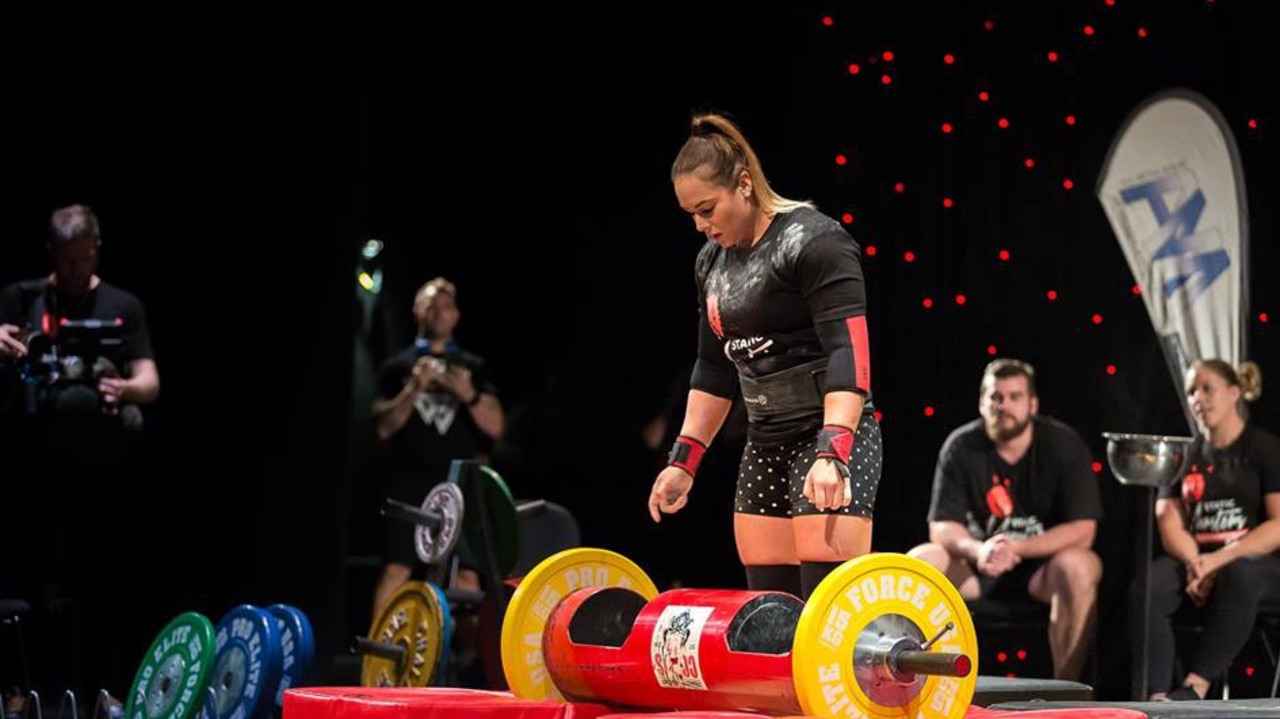 An Australian has become the first woman in almost 40 years to lift Scotland’s famous Dinnie Stones.

The 332kg granite* boulders are so tough to raise most strongmen can’t lift them.

Twenty-nine-year-old Leigh Holland-Keen completed the amazing strength challenge on Sunday in front of hundreds of people in Potarch, Aberdeenshire, UK.

“They are still the ultimate* stones,” said Jim Splaine, who hoisted them 65 times. “There’s 50 to 60 (other stones) in Scotland and the Dinnie Stones are the heaviest.” Ms Holland-Keen trained for a year before her success.

“Last year was the first time I actually had a go at it,” she said. “It wasn’t planned — I travelled over from Australia to Scotland with my stepdad and mum, who also lift, and was given an opportunity to do it.”

On that first try she came close enough to lifting them to realise it was possible.

“I was very close to getting them a good lift, so after that I thought, ‘Maybe I can actually do this if I put in some work.’”

“My sporting career is in strongwoman*, that’s my background, so I have been constantly training for that. But over the past 6-7 months I mainly focused on deadlifts*, trap bar*, and deadlift holds.” 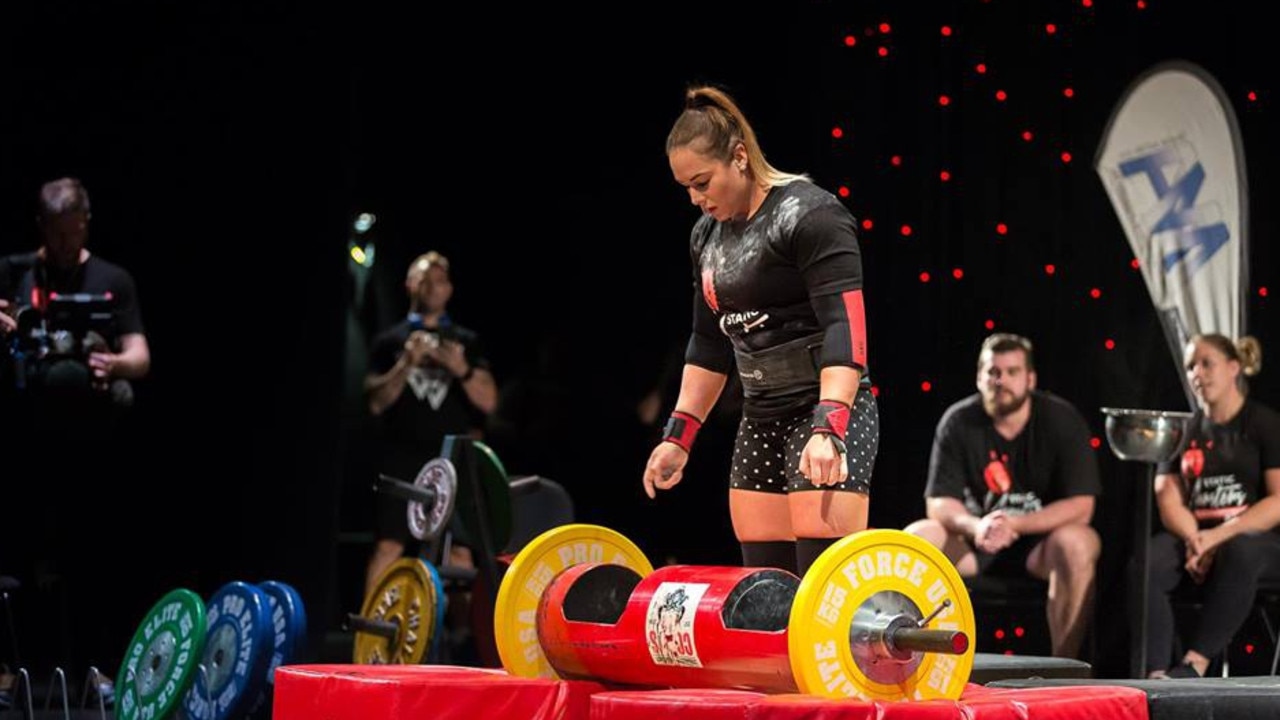 The stones are named after Donald Dinnie, an athlete from the 1800s who carried them 5m across a bridge in Potarch. They are thought of as one of the most difficult tests of strength for strong men and women, and only 76 people have succeeded in the past 60 years.

“I was strangely calm” Ms Holland-Keen said, describing how she felt as she was about to lift.

“I’m actually a nervous person competing in my sport. I thought, ‘If I do it, it’s fantastic, but I can always come back and try again.’ Not many females have attempted it, so it was pretty special.” 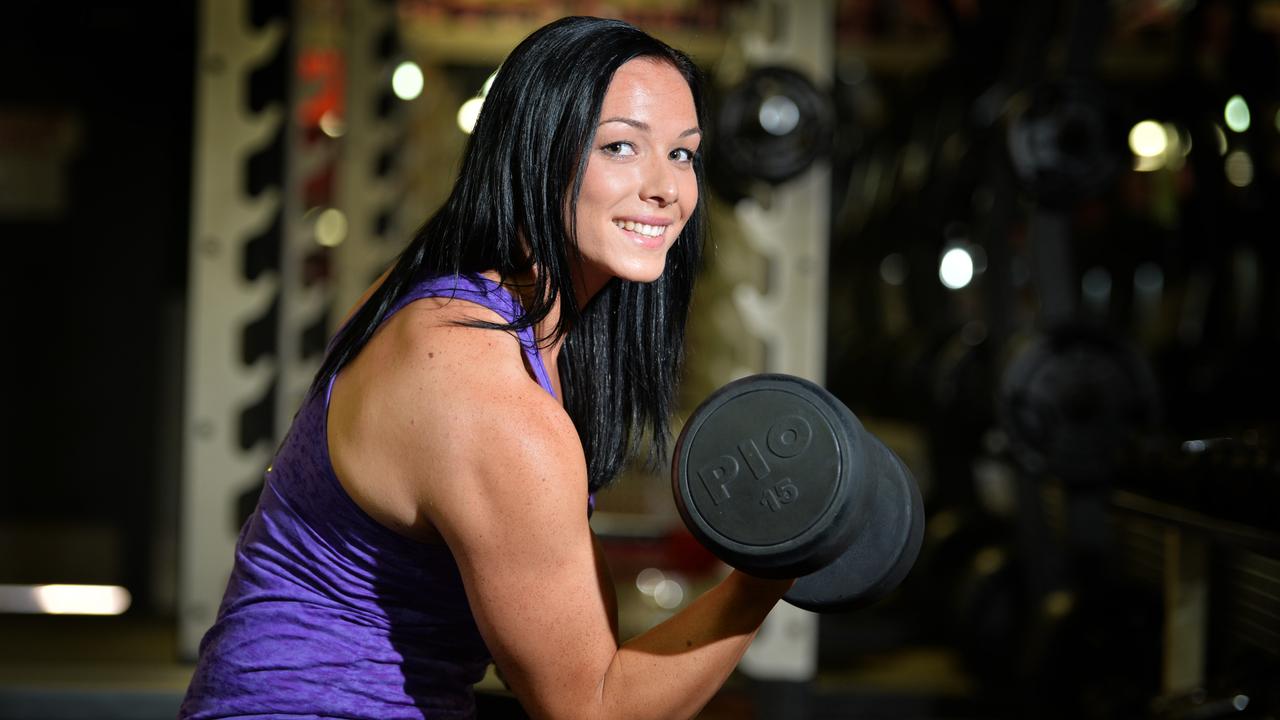 Leigh Holland-Keen has been competing in strength competition for several years and has won the National Strongwoman Championship in 2013 and placed third in the world strongwoman championships in 2012.

Ms Holland-Keen found it helpful to imagine herself succeeding.

“It’s mental*. Obviously there’s a lot of training, but you do a lot of visualisation* on the day. It made me realise how much mental strength it takes to do it by watching these big guys — who I knew could lift it easily — and they were failing because they weren’t there mentally.”

For Ms Holland-Keen, who is a nurse, it all came together on the day.

Her mum Susie, 46, also managed a partial lift of the stones so “that was amazing”. Leigh Holland-Keen and mum Susie, who is also a strength athlete. Picture: supplied

It was through her mother and stepfather that she got into the sport. She would watch them at competitions and they encouraged her to have a go.

“It’s a constant challenge … there’s always something to work on. But it’s so good to achieve something you work towards.”

Ms Holland-Keen said she hoped her feat* would encourage other women to take on the Dinnie Stones.

“Society* is slowly accepting females lifting weights and getting stronger. There’s still a common myth* that lifting weights you will gain too much muscle and lose femininity* — it’s not true, it takes years to build muscle.”

Quadzilla on track for Games

granite: a type of rock

ultimate: the best or most extreme

deadlifts: a weightlifting exercise with a bar and weights

trap bar: weightlifting equipment that works the trapezius muscles on the upper back and neck

mental: relating to the mind

visualisation: forming a picture in your mind

society: people living in your country or area

1. How heavy are the Dinnie Stones?

2. Who was Donald Dinnie?

3. When did the last woman lift the stones?

4. Using the glossary, describe the sport called strongwoman or strongman.

Leigh Holland-Keen achieved an incredible feat by lifting these stones, a challenge very few women can claim to have achieved.

What are some of the things that Leigh did to prepare for the challenge, physically and mentally?

In a two-column table labelled PHYSICALLY and MENTALLY mark down what she did to prepare physically and mentally for this lift. Under each explain how this helped her achieve her goal.

Not everything will be mentioned in the article. What other preparations can you assume she made? Write these in your table in a different colour, explaining how you think these would have helped her prepare.

2. Extension: Leigh Holland-Keen is the first female to successfully lift these 332kg stones in nearly 40 years. Create a poster advertisement to encourage other women to attempt this feat. Use Leigh’s success as a motivator.

Include information about where the event takes place, what it involves, the historical significance of the stones, the number of successful people to lift them in the past, and what physical and character traits it may take to be successful.

HAVE YOUR SAY: Every sport requires different skills and strengths. If you could choose any sport in the world to be a champion at, what would you choose? What appeals to you about that sport? What would be difficult about the training?
No one-word answers. Use full sentences to explain your answers.