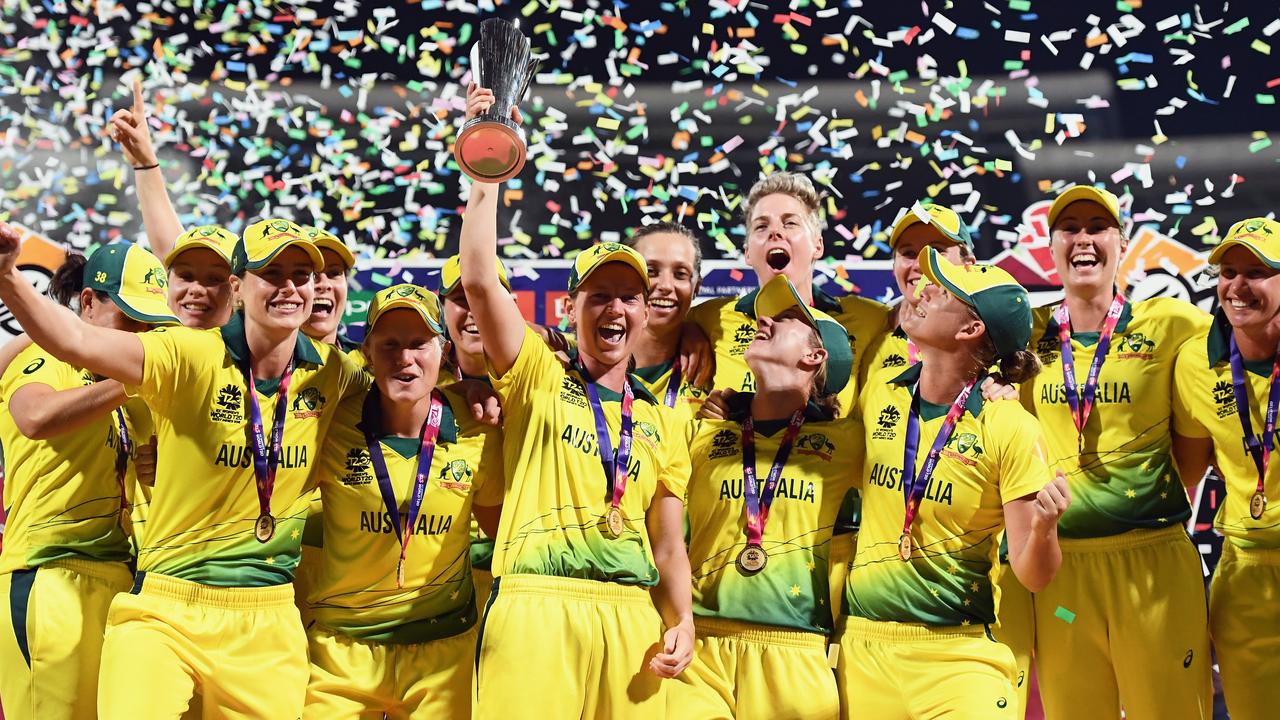 The world’s No.1 ranked team finally has a trophy to show for it, taking home Australia’s first major championship win since 2014.

“It’s definitely the most satisfying win I’ve been involved in, especially after the last couple of years,” captain Meg Lanning said of the8-wicket thrashing* of the world No. 2 team.

“The last couple of World Cup exits for us hurt our team a lot and we spoke about that as a group and (about) not hiding away from that,” Lanning said.

“This has been a long 24 months of working really hard and putting together an awesome plan,” she said.

Established leaders Alyssa Healy, Perry and Lanning were influential* in their fourth title win, while their younger teammates showed they, too, could become household names* into the future.

Off-spinning allrounder Gardner was player of the final with three wickets and an unbeaten 33, while teenage legspinner Wareham was just as impressive with the ball with two scalps.

Player of the tournament Alyssa Healy made an important 22 off 20 balls to start Australia’s innings in their chase for 106 but it was Lanning and explosive 21-year-old Gardner, who steered Australia home in the 16th over. CRICKET: Australia suffered another spin-induced* collapse then Virat Kohli outclassed* them with the bat in Sunday’s Twenty20 series finale at the SCG, where India chased down a target of 165.

Kohli top-scored with an unbeaten 61 to deliver his side a six-wicket win with two balls remaining, ensuring the three-game series finished drawn 1-1 after a second game washout*.

The rollercoaster tussle was played in front of a sellout crowd of 37,339, an SCG record for a T20 international.

Australia did well to post 6-164 as they chased a maiden T20 series win over India.

But their lack of ability to clear the rope and Kohli’s calm response, coupled with a collapse of 3-5 that followed a promising 68-run opening stand from Aaron Finch and D’Arcy Short, led to their defeat.

“There’s still a bit of work to do but we seem to be going in the right direction,” Finch said.

The four-Test series against India starts in Adelaide on December 6. 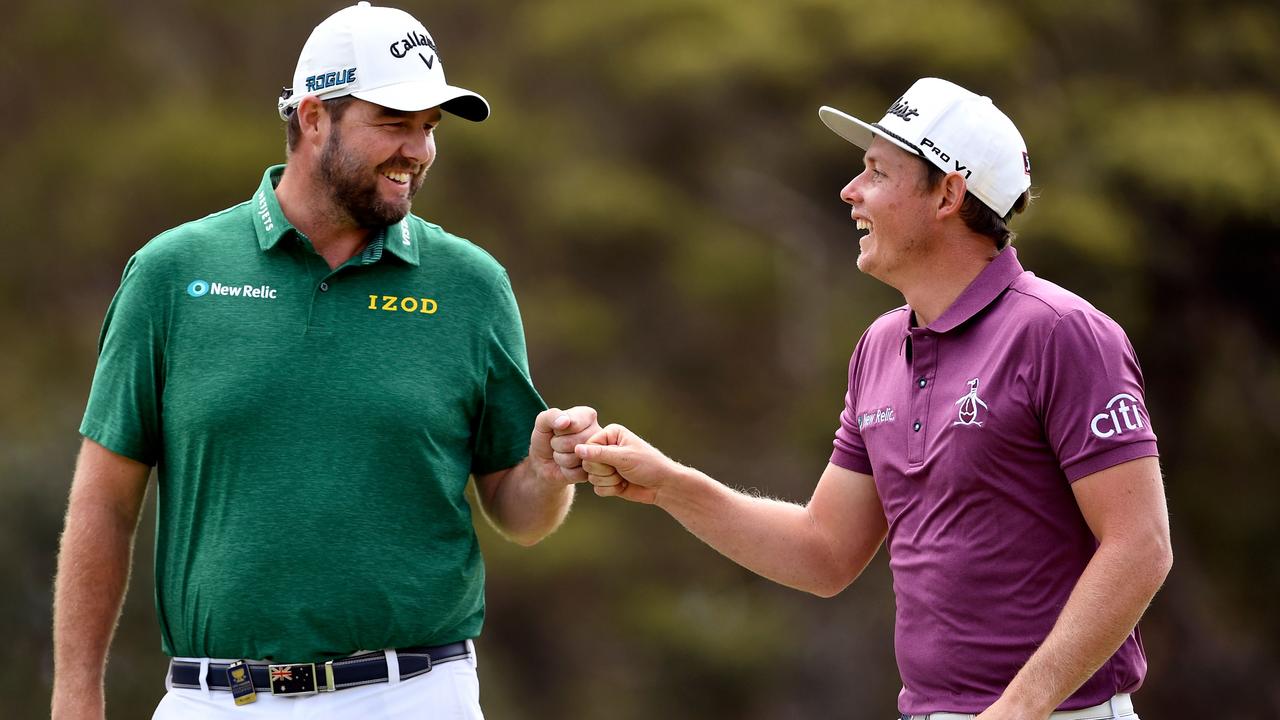 Marc Leishman (left) and Cameron Smith (right) of Australia celebrate a birdie on the final day of the World Cup of Golf. Picture: AFP

GOLF: Aussies Marc Leishman and Cameron Smith believe the upside* to their heartbreaking defeat at the World Cup of Golf is having discovered a dream pairing for next year’s Presidents Cup.

The Australian duo mounted a valiant* charge during the final round at Melbourne’s Metropolitan Golf Club but an impressive seven-under-par 65 in Sunday’s foursomes wasn’t enough to reel in Cup winners Belgium. Thomas Pieters and Thomas Detry signed for a 68 and at 23 under, the pair earned a three-shot from Australia and Mexican duo Roberto Diaz and last week’s Australian Open winner Abraham Ancer (66).

European Tour players Pieters and Detry each banked $1.5 million for their win — the biggest payday of their careers. MOTOR SPORT: Scott McLaughlin has been crowned the 2018 Supercars champion to close out a dramatic weekend at the Newcastle 500.

The Shell V-Power Racing driver took a 53-point lead into the final race of the season after close rival Shane van Gisbergen was stripped of his Saturday win overnight due to a pit stop mistake and penalty.

That meant McLaughlin needed only to finish ahead of van Gisbergen or less than five places behind to claim the 2018 championship.

McLaughlin led for most of Sunday’s race before giving the lead up to Dave Reynolds in the closing stages as a tactical move to ensure the safety of his car.

influential: being able to have an effect on something or someone

spin-induced: brought about by spin bowling

1. Who was named player of the Women’s World T20 tournament?

2. What was Virat Kohli’s match-winning score?

4. Which race did Scott McLaughlin win to secure the V8 Supercars championship?

HAVE YOUR SAY: Send a note of congratulations to the Aussie women’s T20 team for winning the world championship.
No one-word answers. Use full sentences.