The Sydney Opera House was lit up with images of Matildas captain Sam Kerr and Ferns captain Ali Riley ahead of the FIFA vote that awarded the 2023 Women’s World Cup to Australia and New Zealand. Picture: Getty Images

Celebrations have erupted* across Australia and New Zealand, with the two nations chosen as joint hosts of the Women’s World Cup of soccer in 2023.

“We did it! We are hosting the 2023 FIFAWWC!” Australia’s Matildas posted on Twitter after the announcement in the early hours of Friday, June 26.

“The opportunity to play in a home FIFA Women’s World Cup is something every footballer dreams of and I am looking forward to seeing those dreams come true,” the Australian superstar said. “Playing for the Matildas in Australia will be the highlight of my career and an opportunity to inspire girls, both in Australia and New Zealand and all over the world, to play football.

“We have seen great progress in the women’s game and Australia-New Zealand will take the game to a whole new level.”

Matildas teammate Hayley Raso said she had “goosebumps”, while Kyah Simon said it was a birthday she would never forget.

After three years of lobbying* across the globe, the joint Australia-New Zealand bid was announced as the winner over its only rival*, Colombia, by FIFA boss Gianni Infantino.

FIFA’s ruling council voted 22 to 13 in favour of the Australia-New Zealand bid, with only the European and South American nations backing Australia’s rival after council members watched video pitches* from the two bidders. It means the countdown can begin immediately to the hosting of a sporting event watched by more than a billion people, and which promises to turbocharge* interest in women’s football across the two countries.

The announcement was celebrated by fans and players, including former Socceroos star Tim Cahill who described the win as a “proud moment” and an “amazing achievement”.

In New Zealand, Football Ferns captain Ali Riley shared an emotional photo of herself on Twitter with tears in her eyes.

“To lead the Football Ferns in a home FIFA Women’s World Cup in New Zealand will be truly special and inspire a new generation of Football Ferns,” she said. 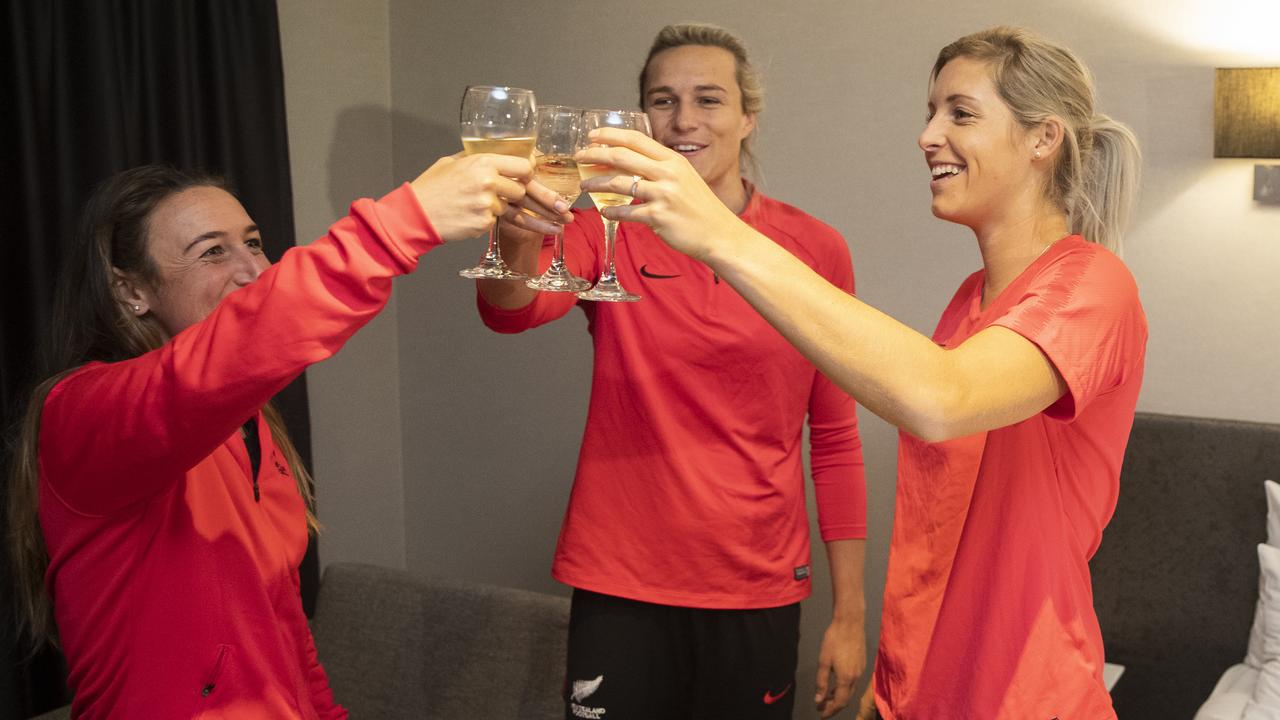 The good news came almost a decade* after Australia was humiliated in its bid to host the 2022 Men’s World Cup, when it received just one vote.

Just hours before the announcement of the Women’s World Cup hosts, the Sydney Opera House had been lit up with footage of the Matildas and the Ferns in a show of support for the bid from governments in Australia and New Zealand.

The joint Australia-New Zealand bid had been rated as clearly better by FIFA’s own experts, scoring 4.5/5 compared with 2.8/5 for Colombia. The World Cup will take place between July 10 and August 10 in 2023 and feature 32 teams for the first time. Ticket sales of 1.5 million are predicted.

Heartbreak as Matildas crash out of 2019 World Cup

Matildas win the Cup of Nations

CLASSROOM ACTIVITIES
1. Five reasons why
Australian and New Zealand soccer bodies secured the 2023 FIFA Women’s World Cup by convincing a majority of FIFA members that we were the best choice to host the event. Create a list of your “Top 5” reasons why Australia is a worthy host of this event. Each reason should be written as a sub-heading with an accompanying paragraph to justify and elaborate on your idea.

2. Extension
Let’s imagine your local group of schools is looking for a host for a “School Soccer Super Series”. With a group of 2-3 people, create a short video that showcases your school and explains why you would be worthy hosts.

HAVE YOUR SAY: Who is your favourite sports star and why?
No one-word answers. Use full sentences to explain your thinking. No comments will be published until approved by editors.