Flag-bearers Brendan Kerry and Laura Peel lead the Australian team into the stadium during the Opening Ceremony of the 2022 Winter Olympics in Beijing. Picture: Getty Images

“It’s such an honour and I’m truly grateful and so humbled to be able to lead the team into opening ceremony. Honestly, it feels like a dream,’’ said Peel, 32.

Peel and Kerry, both three-time Olympians, led in a small contingent* of 18 Australian athletes for the opening ceremony on February 4. The remainder of the 43-strong team opted to stay in the warmth of the Olympic village to prepare for their competitions.

The opening ceremony – with its theme of “one world, one family” – followed the story of a snowflake using hundreds of amateur* dancers from local schools and universities. A fireworks display is seen above the stadium while a giant snowflake takes centre stage inside during the Opening Ceremony. Picture: Getty Images 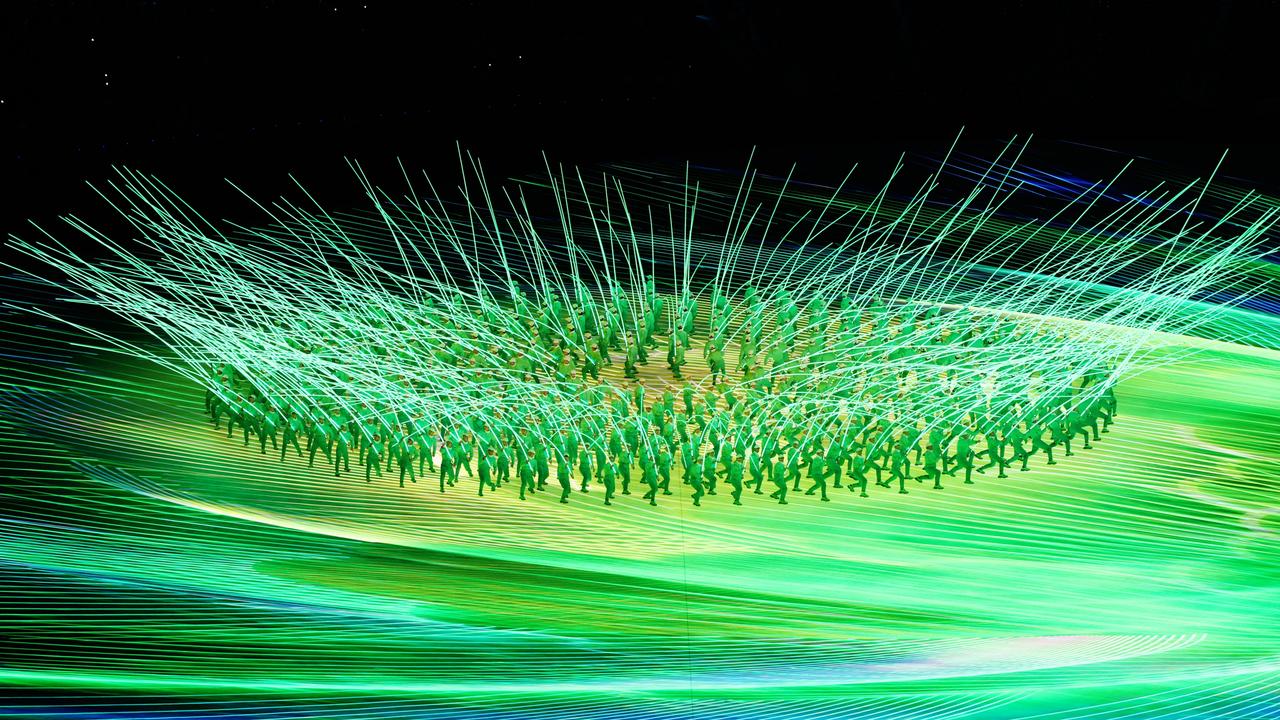 There were 3000 performers used during the Opening Ceremony, including these ones who were dressed as colourful ice hockey players. Picture: Getty Images

It was much shorter than the four-hour, $100 million opening ceremony China staged when it hosted the Summer Olympics in 2008.

This Winter Games ceremony, created once again by the Chinese filmmaker Zhang Yimou, ran for just under two hours and used 3000 performers, compared to the 15,000 performers who took part 14 years ago.

With strict Covid-19 restrictions in place, the crowd in the stadium, which is also known as the “Bird’s Nest”, was kept to just 20,000. 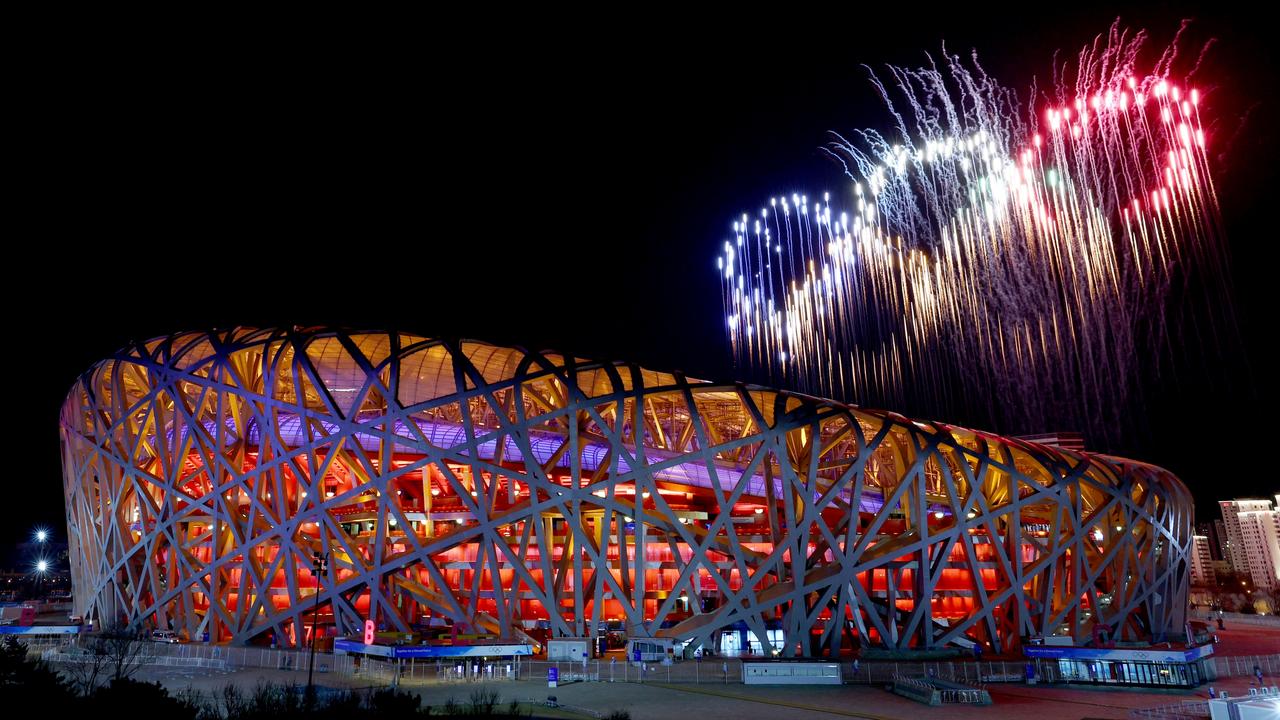 The Bird’s Nest is lit up by fireworks in the form of the Olympic Rings during the Opening Ceremony. Picture: Getty Images Flag-bearers Brendan Kerry and Laura Peel were among 18 Australians who marched during the Opening Ceremony. Picture: Getty Images

“In our fragile* world, where division, conflict and mistrust are on the rise, we show the world: yes, it is possible to be fierce rivals, while at the same time living peacefully and respectfully together,” Bach said.

“This is the mission of the Olympic Games. Bringing us together in peaceful competition. Always building bridges, never erecting walls. Uniting humankind in all our diversity*.”

But along with Covid-19, human rights* concerns continue to overshadow the Games.

China has been accused of human rights violations* against the country’s minority* Uyghur population and the recent disappearance of Chinese tennis player and three-time Olympian Peng Shuai has also caused international alarm.

CLASSROOM ACTIVITIES
1. Flags
Draw and colour the national flags of three other nations (besides Australia) that have teams at the Winter Olympics.

Research the design of one of these flags and then write a brief explanation of what the designs represents.

2. Extension
Explain what the design of Australia’s flag represents. Now imagine you have been asked to design a new flag to represent the modern Australian people and society. Draw and colour your design.

VCOP ACTIVITY
My Olympic Hero
Write a letter to one of the Winter Olympic Athletes. Explain to them how proud you are of them, why they are an Olympic hero to you, and that you have noticed them. Your letter can be anonymous or you can personally sign it off.

Try to include detail and emotion in the letter to connect with your target audience, your Olympic hero.