Paralympic Snowboarder Simon Patmore from Nundah has won a gold medal at the Winter Paralympics and a bronze medal at the summer games. Picture: Josh Woning.

Australian snowboarder Simon Patmore has become the first Australian male to medal at both a Summer and Winter Paralympic Games*.

Six years after winning bronze at the London Paralympics, as a 200m sprinter, Patmore claimed gold in the men’s snowboard cross, defeating Italian Manuel Pozzerle in the final.

It was Australia’s first Winter Paralympic gold medal in 16 years. 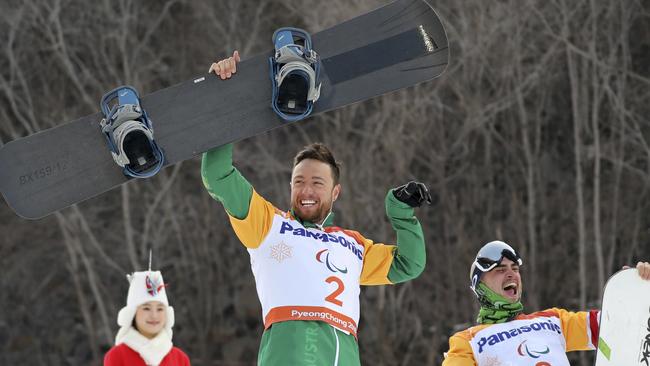 The history-making run had a moment of drama when Patmore, leading the Italian, suffered a slight wobble as he headed down the mountain.

Patmore wondered if it was going to ruin his medal chances.

And as for his emotions?

“I was just holding back the tears,” the 30-year-old admitted.

“My goggles fogged up as soon as I crossed the line. I had to collapse on the ground or I would have run straight into everyone.” Born with Erb’s palsy — a disease which paralysed the nerves in his left arm — Patmore had seen snow only once when the Australian Paralympic identification team approached him in 2014.

However, the Queenslander is now only the sixth athlete to compete in both Summer and Winter Paralympic Games and joins Jess Gallagher as the only other dual* medallist.

He is also our first Winter Paralympian to win gold since Salt Lake City, 2002.

Asked if he was aware of just how long the drought* had been, Patmore continued: “I don’t know how long but, man, when you guys say first gold for a while and first male athlete for Summer and Winter, I’m really proud.

“I really want to show everyone that it can be done.” 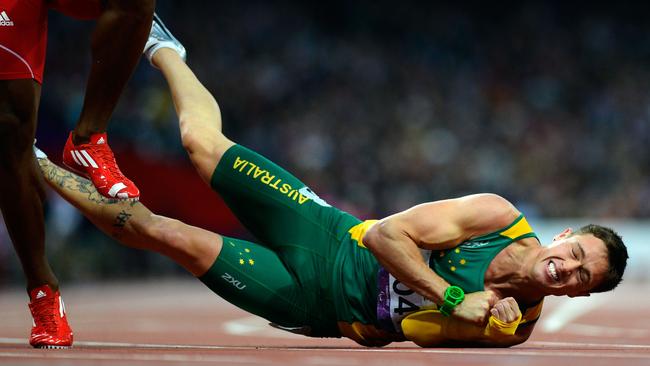 Australia’s Simon Patmore wins the bronze medal despite falling at the finish line during the Men’s 200m at the London 2012 Paralympic Games. Picture: AFP

Patmore is just as impressive on land as he is on snow.

Able to run 100m in 11.14 seconds, the Aussie also won gold at the 2010 Commonwealth Games, before taking the bronze medal at the London Paralympics in 2012.

competitively: in a way that strives to gain or win something by defeating others

drought: a period without success

Complete the Y chart below for what was going on in Simon Patmore’s head when going for gold in the Winter Paralympics. Use as many adjectives as you can from the Kids News article. 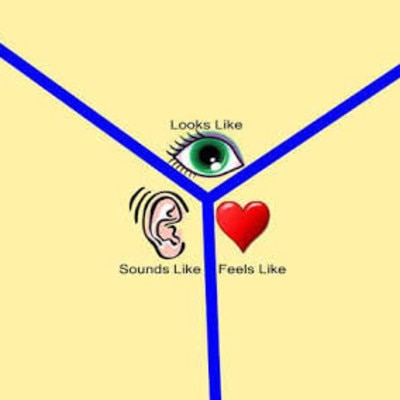 Extension: Make a list of all Simon Patmore’s athletic achievements as detailed in the article.

On a computer or poster paper, create a Paralympian profile on Simon Patmore. Contain it to one page and include all the information you can in chronological dot points. Be sure to include some pictures to make it look interesting.

Extension: Choose another Paralympian competing in the Winter Games to profile.

Please do not use one-word answers as they will not be published. Explain what you enjoyed or found interesting about the article. Use lots of adjectives.