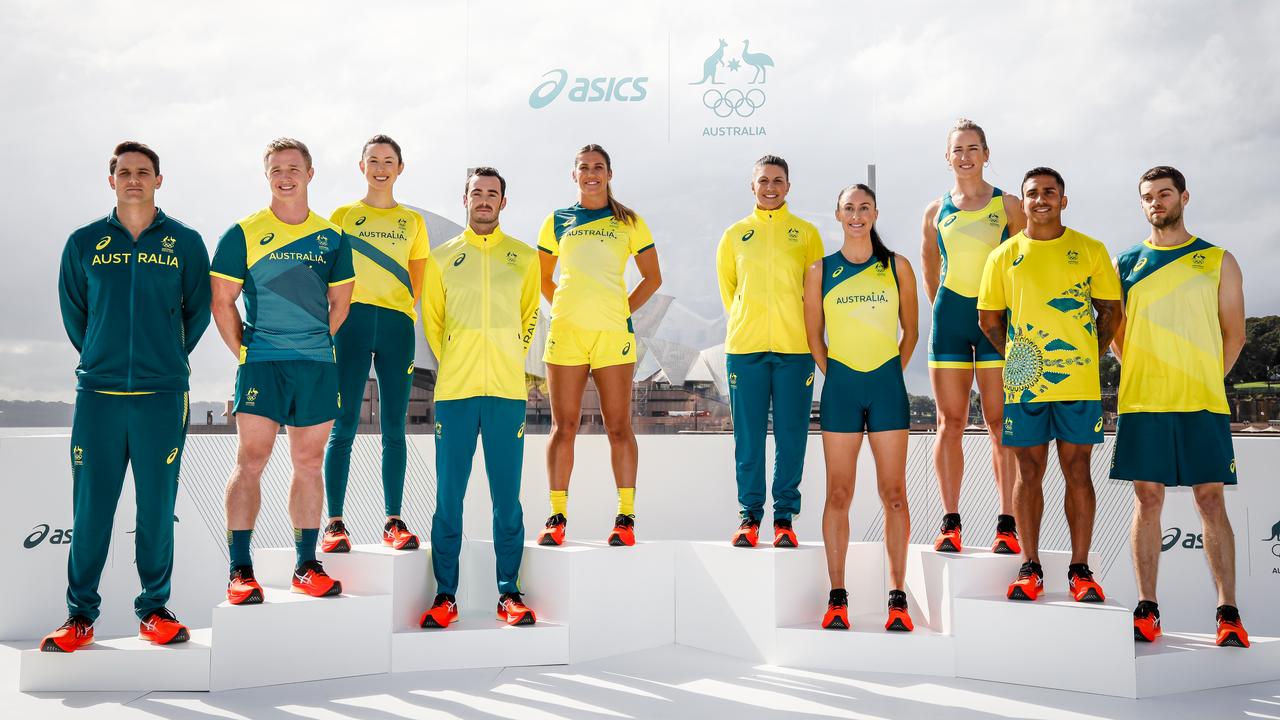 Members of the Australian Olympic Team have revealed the uniform they will wear at the Tokyo 2021 Games.

“There will be millions of people cheering and watching back home for our athletes, and I’m sure that they’ll be thrilled to see our team looking so good.”

In recognition of the Japanese host city of Tokyo, the uniform design incorporates graphics inspired by origami, the art of paper folding that has been a part of Japanese culture for at least 1000 years.

An Indigenous training shirt — designed by Australian boxer Paul Fleming — has been included for the first time. The design is called Walking Together and features 52 footsteps, representing the 52 Indigenous athletes who have competed for Australia at Olympic level. 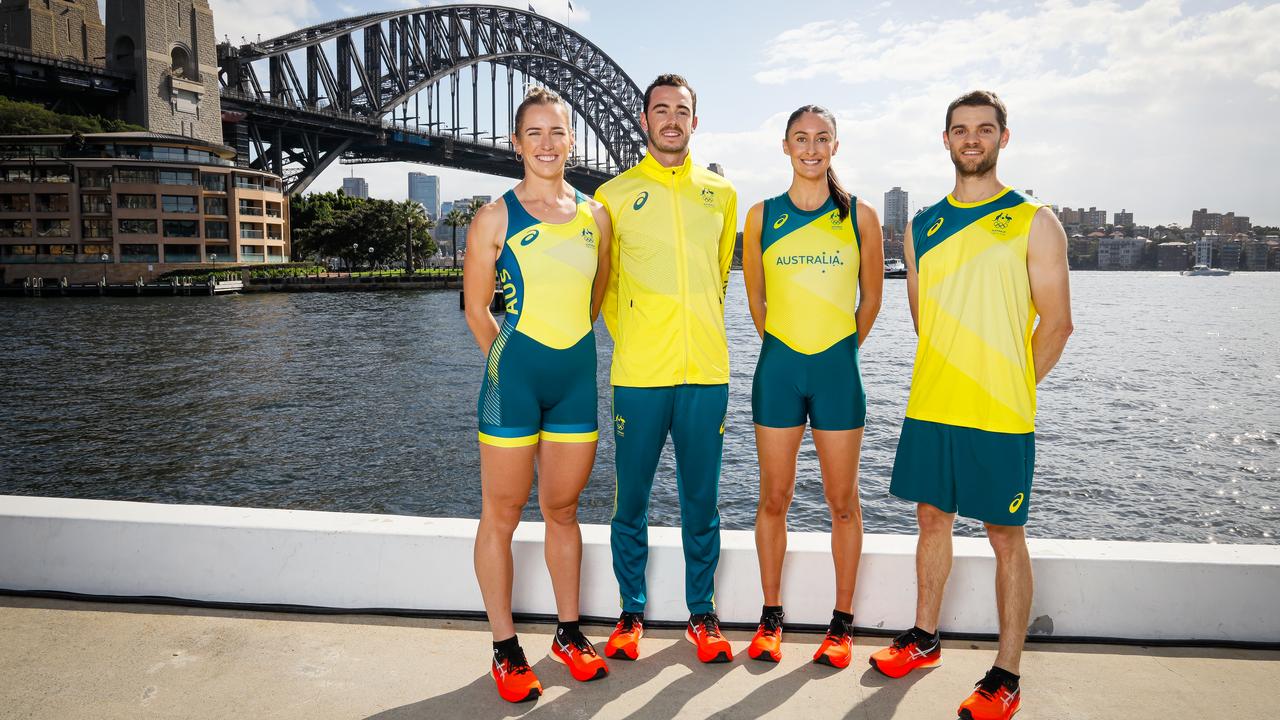 Tom O’Halloran – the first male to represent Australia in sport climbing – was among the athletes modelling the green and gold kits*.

Around 480 Australian athletes are expected to travel to Tokyo in July, in Japan’s summer, which is often hot and humid. The garments are made from technical fabrics and incorporate mesh panels to help keep the athletes cool. 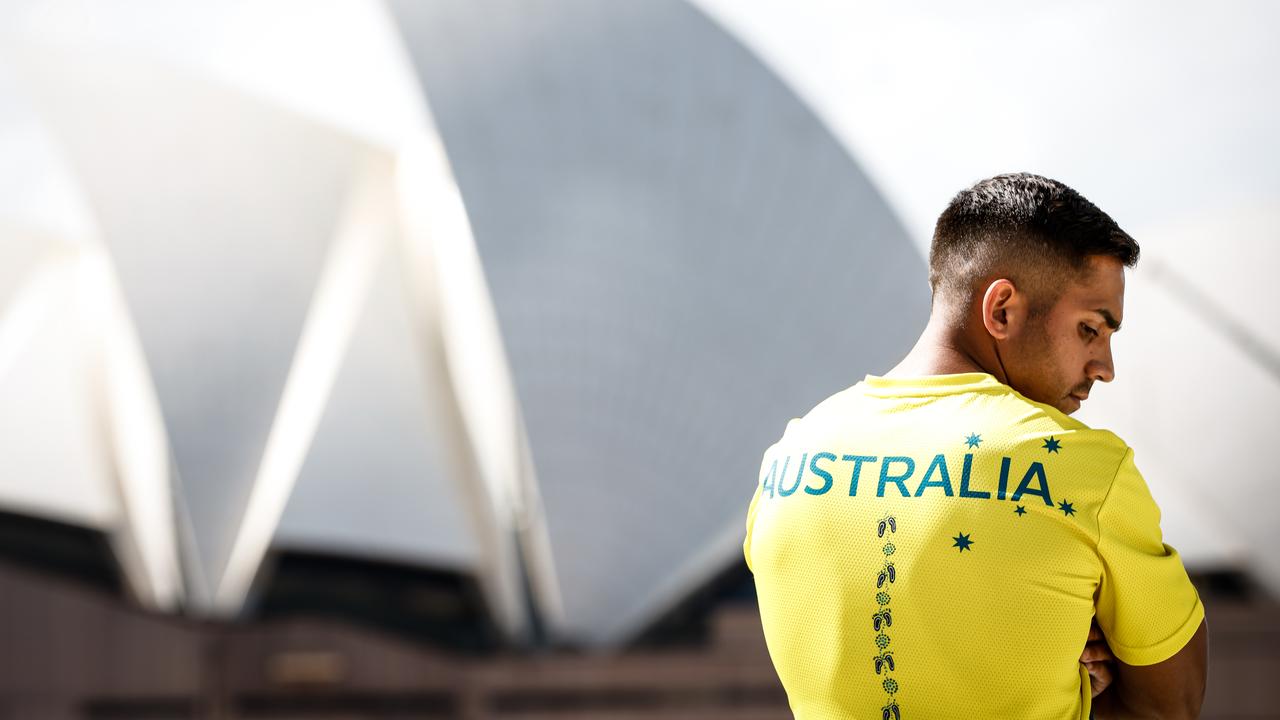 WORLD’S BEST DOWN UNDER
Nine Australian cities have been chosen to host FIFA Women’s World Cup marches in 2023, with the final to be played at Stadium Australia in Sydney, NSW.

FIFA confirmed the host cities for the tournament, the first women’s edition to feature 32 teams, on Thursday morning Australian time.

Across Australia and New Zealand, 10 stadiums will host the 64 matches with two in Sydney including at the soon to be completed Sydney Football Stadium – while one other stadium has been selected from each of the other host cities.

AAMI Park in Melbourne will be used rather than the MCG. The cities and stadiums were chosen after an eight-month review process involving 12 candidate cities and 13 stadiums.

“The FIFA Women’s World Cup 2023 will be the biggest sporting event on Australian soil since the Sydney 2000 Olympic Games, showcasing Australia and New Zealand to a global audience of over one billion people,” Football Australia president Chris Nikou said.

“Today’s announcement of the Host Cities and match venues for the tournament is a major milestone in the build-up to the next FIFA Women’s World Cup – a tournament that will unite nations, inspire generations, and provide our diverse and multicultural game with the perfect platform to grow over the coming years.”

Auckland’s Eden Park has been chosen for the tournament opener in July 2023.

The host cities and stadiums are:

CLASSROOM ACTIVITIES
1. Think Ahead to 2024
After the Tokyo Olympics, the next Olympic Games is planned for Paris in 2024. Choose your favourite sport and design a uniform that you think would be perfect for the Aussie athletes to wear at the Paris Games.

2. Extension
To keep the Tokyo Games COVID safe, athletes will need to wear a mask at times. Create a design for a special mask for the Australian team to wear using the design elements that are being used for the Olympic uniforms.