Rohan Browning (third from left) won the 100m at the Queensland Track Classic, securing a spot in the Olympic team.

Rohan Browning is set to light up the track in Tokyo after becoming the first male Australian sprinter to qualify for the 100m at an Olympics in 17 years.

The 23-year-old clocked* a time of 10.05 seconds at the Queensland Track Classic on Saturday night — a new personal best by 0.03 seconds — to secure his place at the upcoming Games, edging out New Zealand’s Edward Osei-Knetia (10.12 seconds) to cross the line first.

Browning’s rapid race saw him register the third-fastest 100m time by an Australian in history, and he’ll have his sights on going even faster when he touches down in Japan in a few months.

“I’m really happy with that run today. I love it here in Brisbane — I should come up here more often to run these races,” Browning said.

Speaking about his history-making achievement, Browning added: “Those statistics, they’re nice superlatives* and ones that I’m proud of, but in the end of the day you’ve got to go there and perform.

“In 2019 in Doha (in Qatar), I was the first Australian in 12 years to get to a World Championships and I completely flamed* out there, so I’m trying hard not to recreate that Doha experience and do a lot better.

“There’s lots of work to do and working on everything is a real process, but it’s great to be able to book that ticket to Tokyo.” 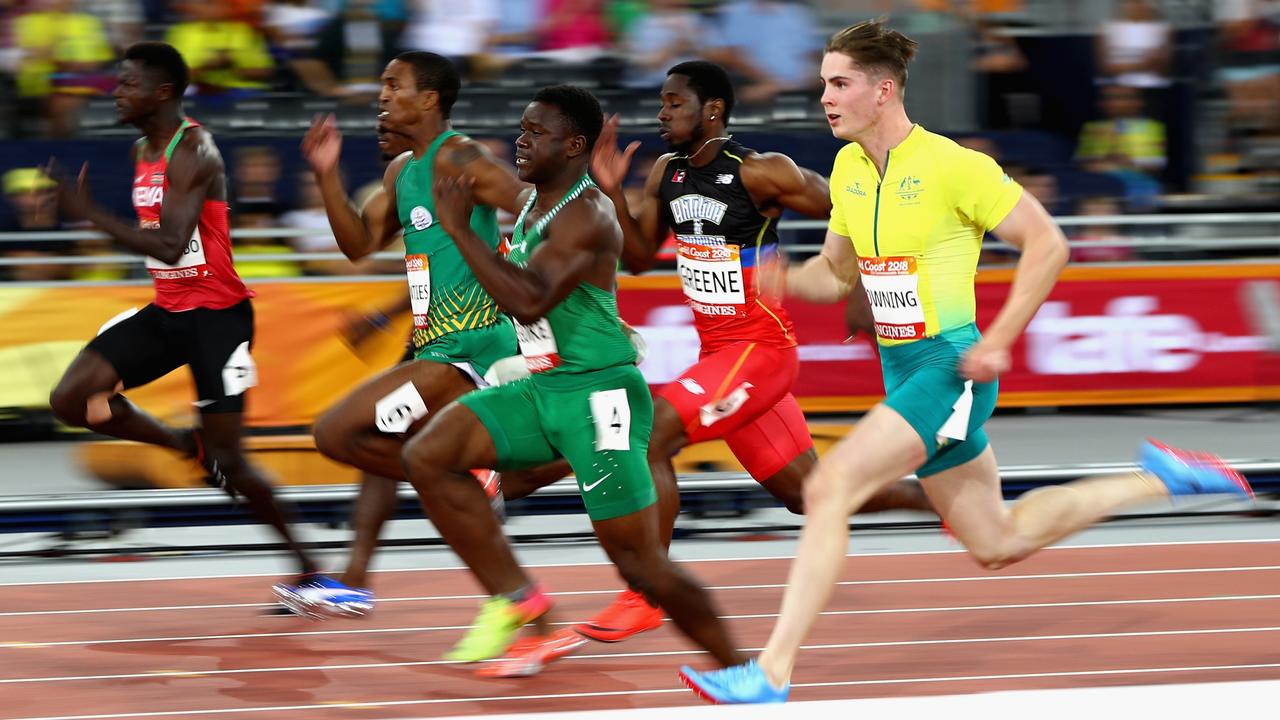 Rohan Browning of Australia (right) competes in the Men’s 100m semi-finals on day four of the Gold Coast 2018 Commonwealth Games at Carrara Stadium on April 8, 2018 on the Gold Coast, Qld. Picture: Getty Images

Browning’s effort comes after he became just the second Aussie to break the 10-second barrier when he won his race in a blistering* time of 9.96 seconds at the Illawarra Track Challenge in January.

That time couldn’t be used for Olympic qualification because it was wind assisted to the tune of +3.3m per second — 1.3m per second above the allotted limit.

Still, the run put Browning in rare air. Before him Patrick Johnson was the only Aussie sprinter to crack 10 seconds, first doing so when he clocked 9.93 seconds at a meet in Japan in 2003. 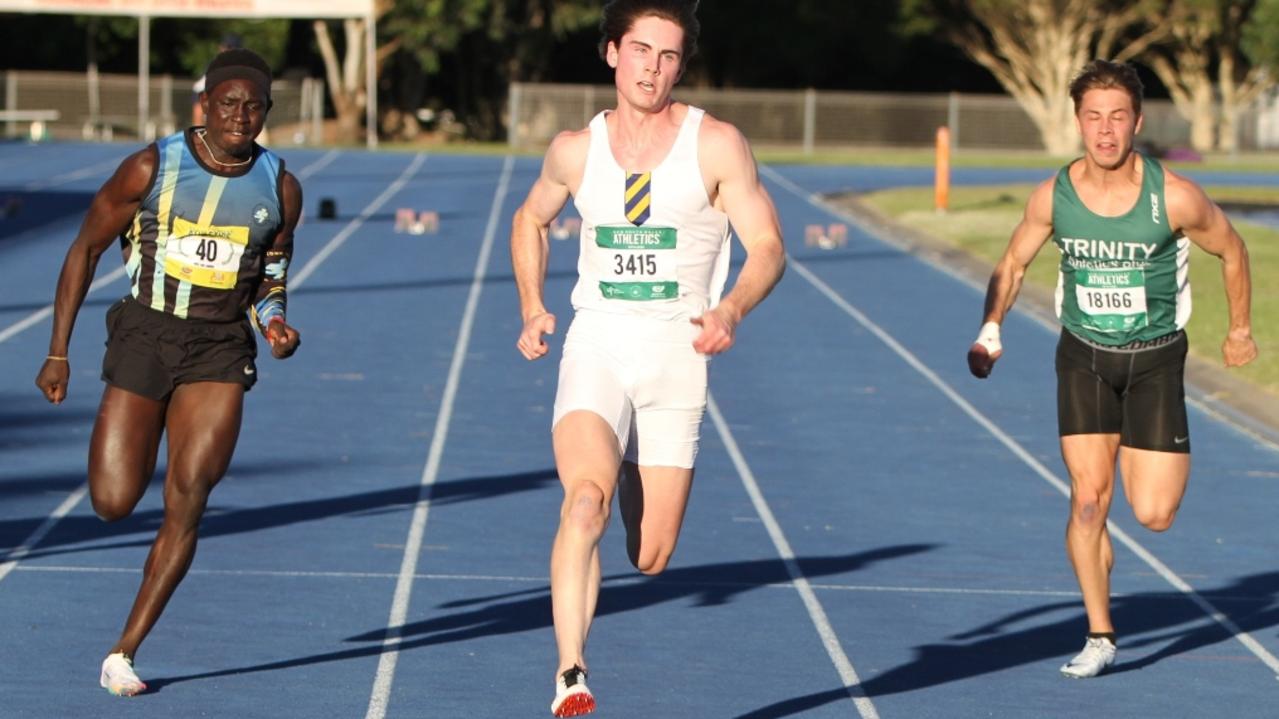 Rohan Browning (centre) became the second Australian in history to break the 10-second barrier over 100m when he won his race in 9.96 seconds at the Illawarra Track Challenge in NSW in 2020. Picture: David Tarbotton

Browning represented Australia at the 2018 Commonwealth Games on the Gold Coast, finishing ninth in the semi-finals of the 100m with a time of 10.26 seconds. But he’ll be eyeing off bigger things now he’s booked his ticket to Tokyo.

Jamaica’s Usain Bolt is the men’s 100m world record holder with a time of 9.58 seconds. He ran this in 2009 at the IAAF World Championships in Berlin, Germany.

The women’s 100m world record is held by Florence Griffith-Joyner of the US with a time of 10.49 seconds, which she ran in 1988 at the US Olympic Trials in Indiana, US.

The women’s 100m Australian record is held by Melissa Breen with a time of 11.11 seconds, which she ran in Canberra in 2014. Molly’s in the run for good cause

CLASSROOM ACTIVITIES
1. Race Time
Get yourself in a group of 4-6 students to go outside and time yourselves doing a 100m sprint. If you don’t have 100m marked out at your school take 100 large steps or measure with a ruler, tape measure or trundle wheel. Your teacher may make it part of your maths lesson. Complete the table below recording your results: Use this template to complete the activity

2. Extension
Rohan Browning’s 100m time in 2018 was 10.26 seconds at the Commonwealth Games. On Saturday he recorded his fastest time of 10.05 seconds. How do you think he’s improved by 21 seconds in three years? Record your ideas below.