The 18-year-old had a startling* race, powering past five-time Olympic champion Ledecky on the final lap on the opening night of the eight-day titles at Gwangju.

Her time of 3min 58.76sec was also a new Australian record as she beat Ledecky by 1.21sec and denied the American a fourth straight 400m world title. 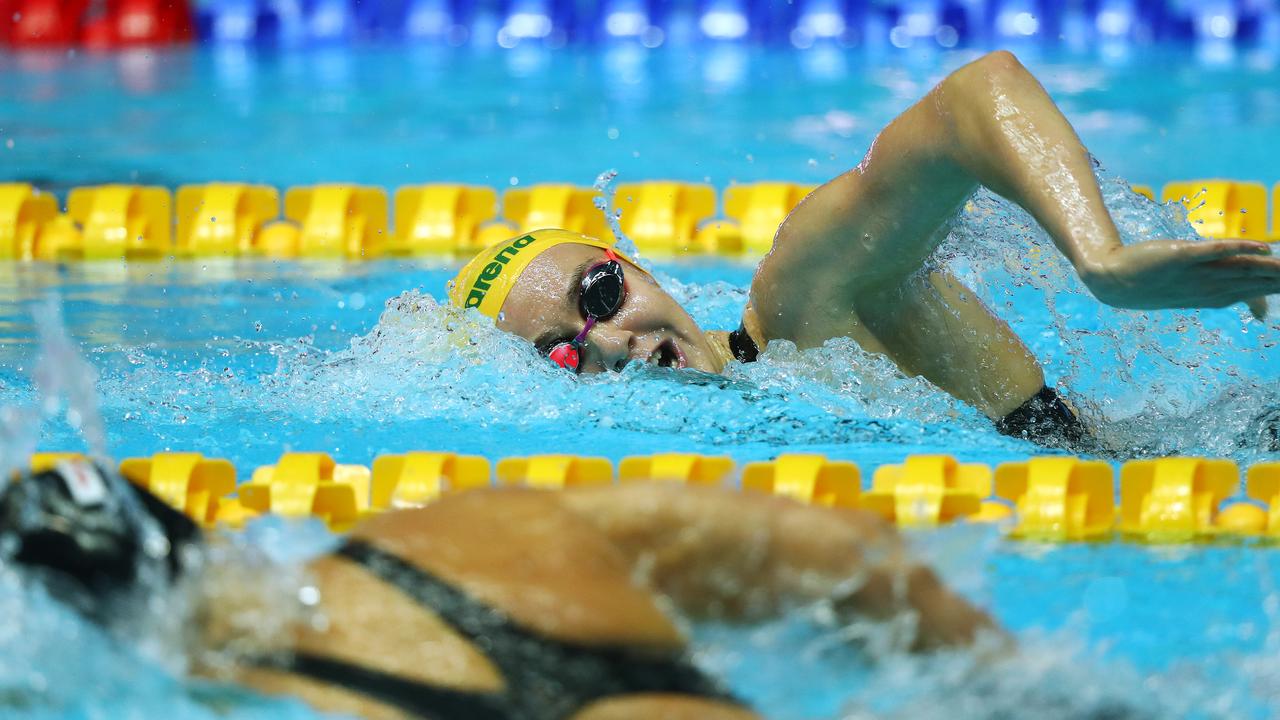 Ariarne Titmus of Australia (right) and Katie Ledecky of the United States battling it out in the Women’s 400m freestyle final. Picture: Getty Images

“I knew that I properly had that in me,” Titmus said after her amazing win.

“I feel pretty normal, it was just a swimming race. There was no pressure really coming into this race. I just wanted to fight as hard as I could — in that last 50m I gave it everything.”

A 14-time world champion, Ledecky was left stunned. She said Titmus had a “heck of a swim” and that she wasn’t used to racing people who can swim a time under four minutes.

“I just got to the last turn and felt like I just tightened up, my legs were just dead and obviously Ariarne took advantage of that and had a heck of a swim,” she said.

“Obviously this stings a little, it’s unfamiliar and different, and I need to rebound from this and get my fight back.” Embarrassed at last year’s Commonwealth Games after a defeat to Malawi saw them fail to win a medal, the Silver Ferns* pulled off a remarkable turnaround under coach Noeline Taurua to deny the Diamonds a 12th title on Sunday.

It is the first time New Zealand has lifted the trophy since 2003. Australia has won the previous three world cups.

The game was tight with the lead switching many times in the early play. The scores were locked at 10-all after the opening quarter, but the Silver Ferns got their noses firmly in front with two unanswered* goals from Maria Folau on the stroke of halftime to open up a 28-25 lead.

Alexander brought on Gretal Tippett at halftime, but it failed to stop New Zealand, who opened up a seven-point lead midway through the third quarter.

Trailing by four at the start of the final quarter, the Diamonds started strongly with three quick goals to reduce the lead.

But New Zealand stayed in front with goalers Folau (25 from 35) and Ameliaranne Ekenasio (24 from 26) shooting well. With less than a minute remaining a Bassett goal put the Aussies just one point behind but it was too late as time ran out.

“It’s obviously not the result we wanted today,” Bassett said. “It was such a close finish and I don’t think you could have asked for any more from any of the girls in our team.

“It’s one goal. It’s always going to be tight against New Zealand. It is what it is.”

AUSTRALIA RETAINS ASHES AFTER DRAW
Australian cricket captain Meg Lanning believes a dead pitch* and overs lost to rain denied Australia victory as their Test with England finished in a draw but saw them retain* the women’s Ashes.

Going into Sunday’s match with a six-point lead, Australia only needed to avoid defeat to win the women’s Ashes, with three T20s still to play, and were happy in the end to settle for a draw rather than chase victory in the last session at Taunton.

First-innings century-maker Ellyse Perry finished not out on 76, leaving her 24 runs short of becoming the first woman to hit two hundreds in a Test match, as Australia ended the game on 6-221. 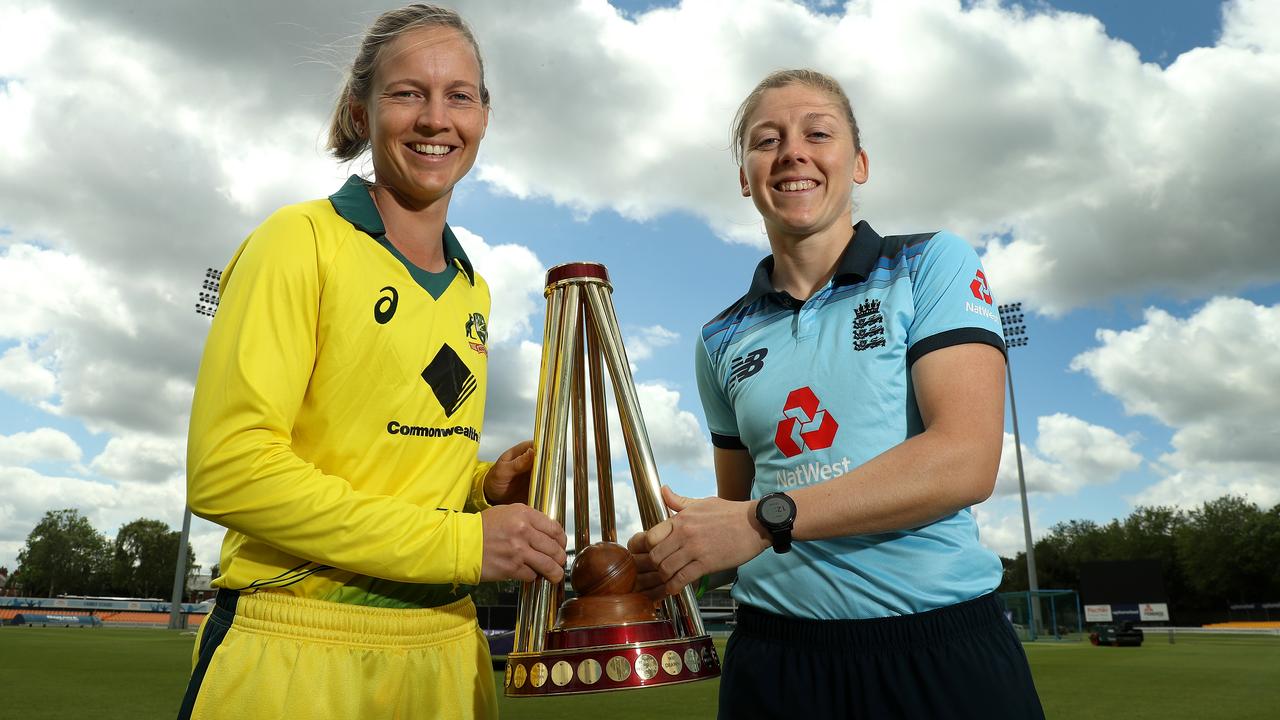 CLASSROOM ACTIVITIES
1. Classy women sports stars
Overnight, three events have proven the class of Australian women’s sportswomen. Rank the sporting achievements in order of importance and tell us in 25 words or less for each why you think they are impressive.

2. Extension
Survey your classmates on which Australian sports teams are the best in the world right now. Include both men’s teams and women’s teams.

Compile the results into a bar graph showing how many students picked each team.
Consider how many men’s teams were chosen and how many women’s teams. Are you surprised by the answers? Why?

HAVE YOUR SAY: Send a message of congratulations to Ariarne Titmus for her amazing swim. Use words to inspire her to future greatness at the Tokyo Olympics.
No one-word answers. Use full sentences to explain your thinking. No comments will show until approved by editors.