Australia’s Ariarne Titmus set a new world record in the women's 400m freestyle at the Australian swimming trials in Adelaide, despite taking a decent break after her triumph at the Tokyo Olympic Games. Picture: Brenton Edwards/AFP

The Olympic gold medallist set a cracking pace in her pet event on the last night of the trials and touched the wall in 3:56.40.

Her time shaved 0.06 off the previous world record set by American rival Katie Ledecky at the Rio Olympic Games. 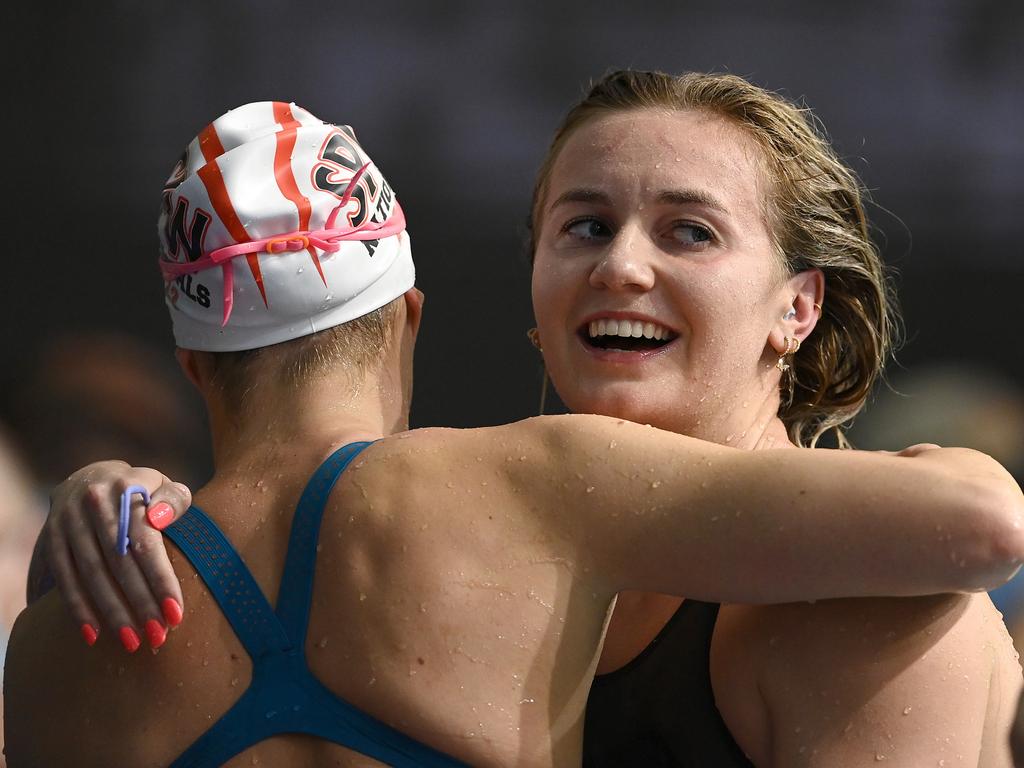 Titmus came within a whisker of breaking the 200m freestyle world record earlier in the meet and showed she is in sensational form following her stellar* Olympic campaign last year.

The 21-year-old has chosen not to swim next month’s FINA World Aquatic Championships in Budapest* and will instead focus on the Commonwealth Games in Birmingham, UK, in July-August.

Asked if she expected to be swimming this fast after taking a break following the Tokyo Olympics, Titmus replied: “No way.”

“I thoroughly enjoyed my break and I came back and took it very slow in the beginning,” she said. 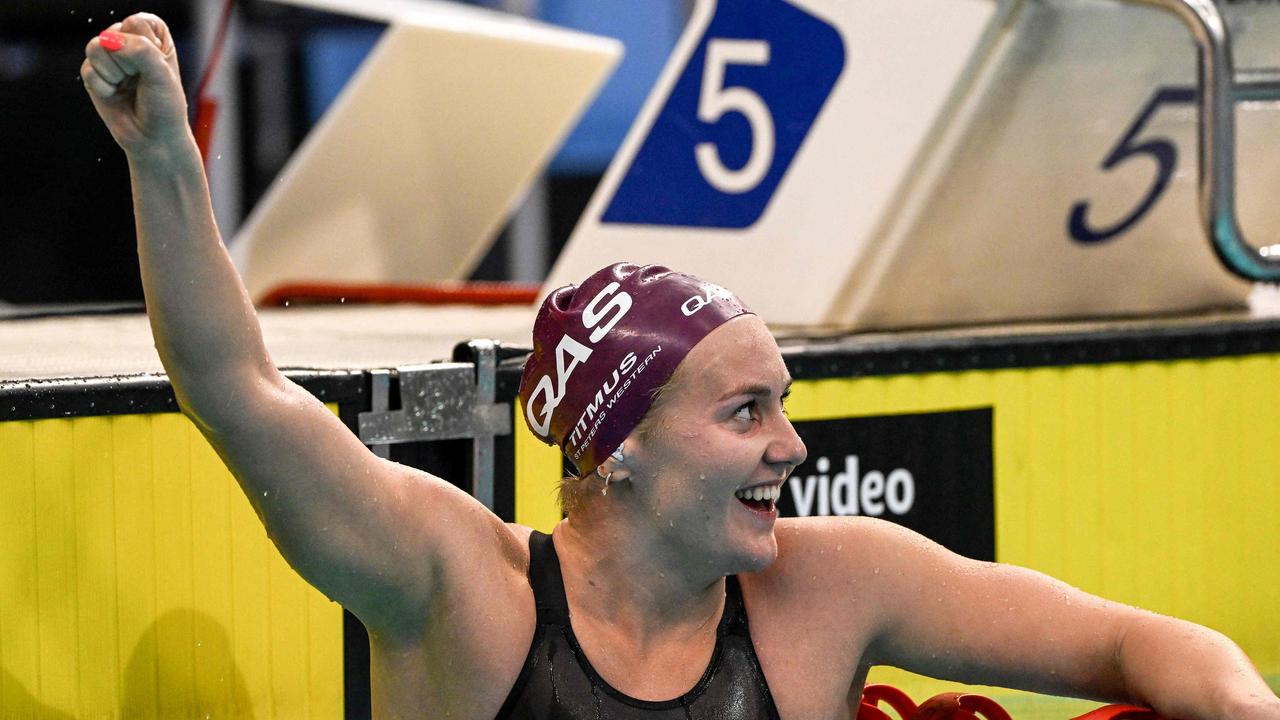 Titmus has decided to focus on this year’s Commonwealth Games in Birmingham and will sit out next month’s FINA World Aquatic Championships. Picture: Brenton Edwards/AFP

“I never thought at this meet post the Olympics I’d be swimming faster than the Olympic trials and the Olympic Games. I guess if you keep surprising yourself, it keeps the sport interesting.

“I think the biggest thing since the Olympics was that (coach) Dean (Boxall) said to me, you know, I have this freedom, the pressure’s off your back.

“I’ve just loved swimming in the past six months and I think going into training with no pressure, just enjoying the sport, it’s underrated* how important that is.

“Coming here with no pressure other than the pressure I put on myself — which is still pretty high — it’s fun to come here and swim like that.” 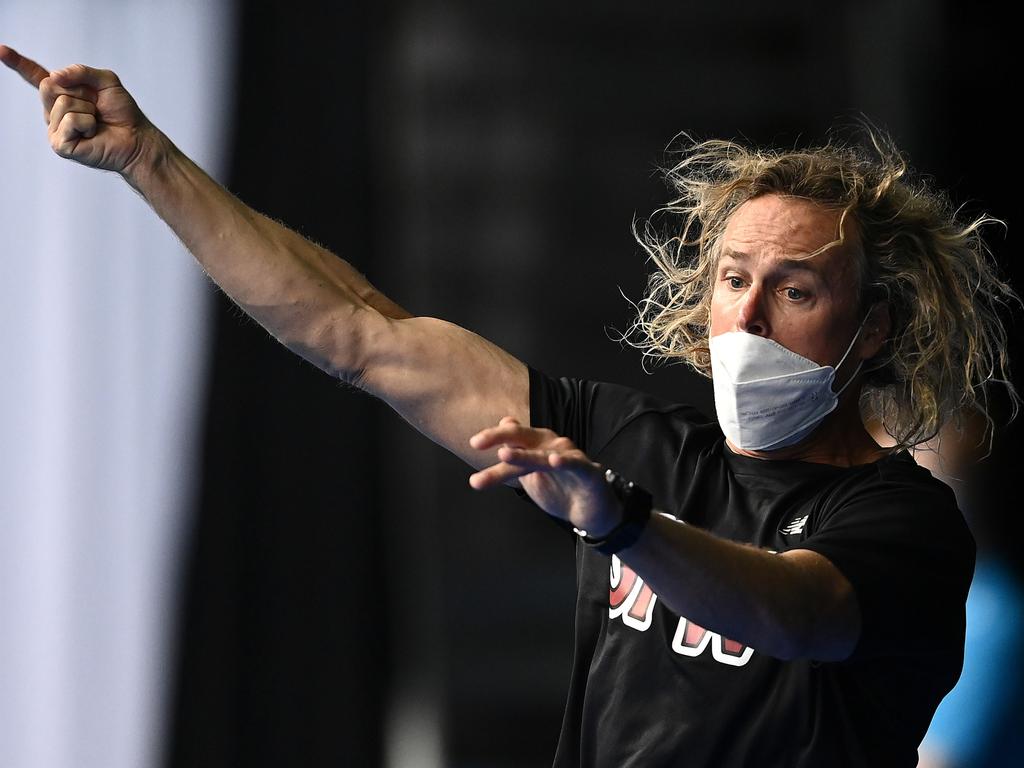 Titmus’ coach Dean Boxall doesn’t hold back when it comes to cheering her on. Picture: Quinn Rooney/Getty Images

Titmus is the first Australian woman to hold the 400m freestyle world record since Tracy Wickham, who held it from 1978-87.

“I love watching Ariarne swim,” he said. “I love what she did last year. She always steps up. She’s so tough, she’s so strong. She’s such a competitor and we’re just at the tip of the iceberg.” 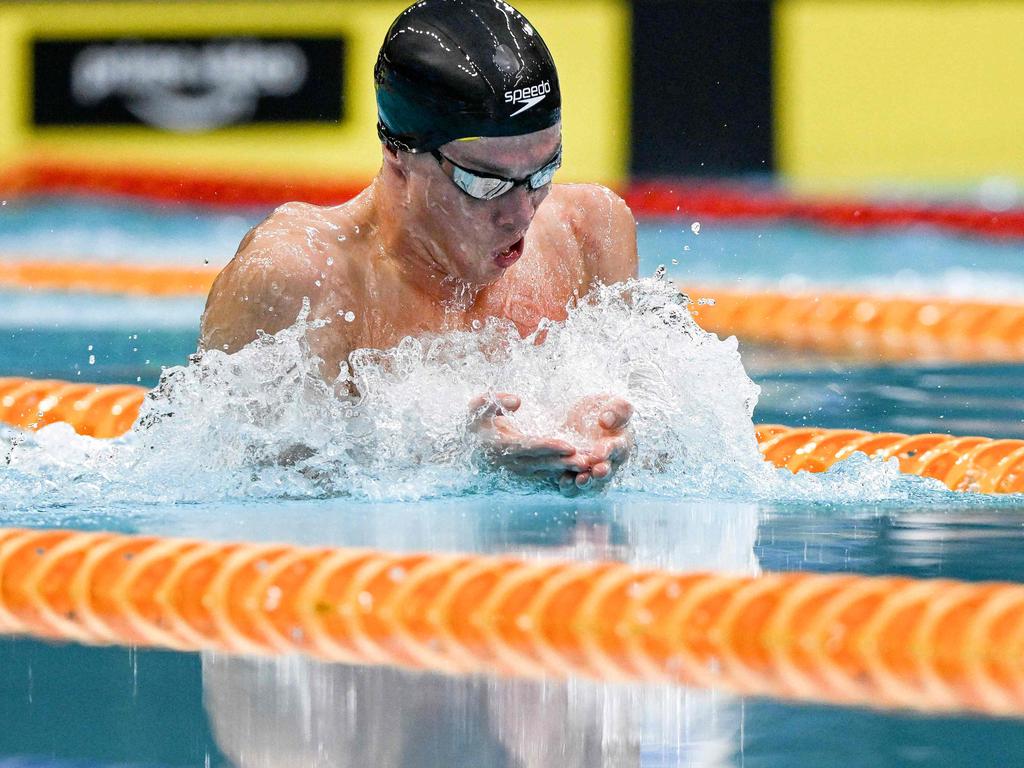 Zac Stubblety-Cook also notched up a new world record at the event, becoming the first man ever to crack the 2:06 barrier in the 100m breaststroke event. Picture: Brenton Edwards/AFP

It comes after fellow Australian Olympic champion Zac Stubblety-Cook broke the 200m breaststroke world record last Thursday, becoming the first man ever to crack the 2:06 barrier in the event.

The 23-year-old shaved 0.17s off the world record time set by Russia’s Anton Chupkov’s in 2019 to claim gold on Thursday evening.

He also becomes the only Australian to hold a current long-course men’s world record. 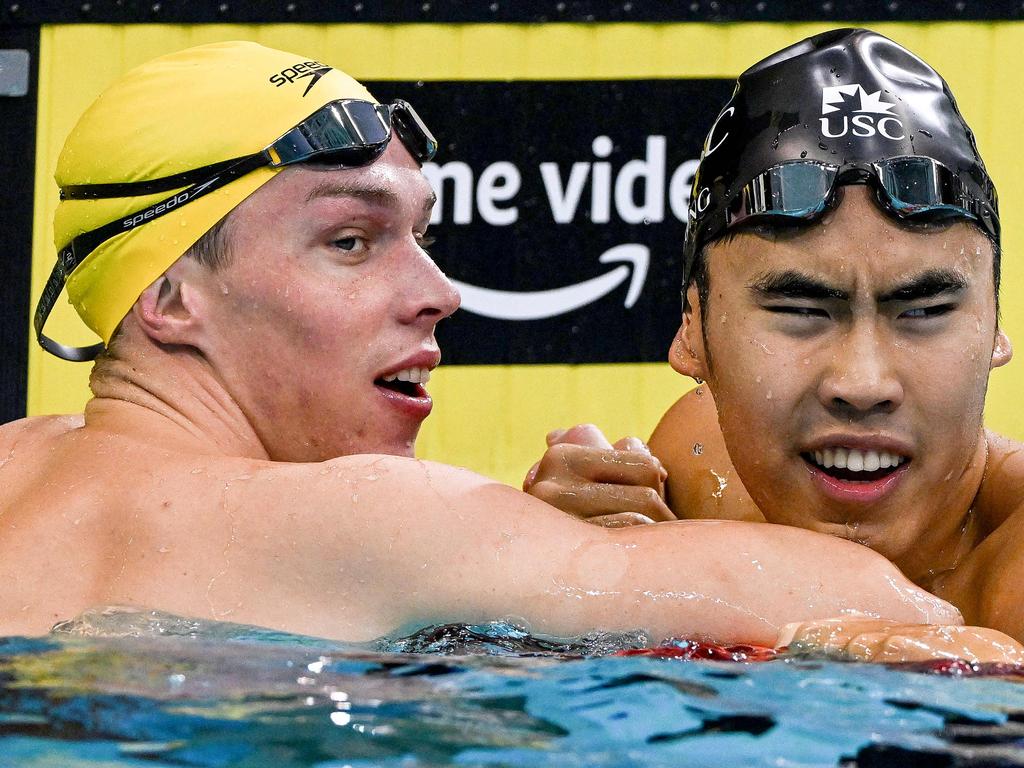 “I’m just stoked,” he said. “I was just trying to swim fast — I didn’t think that fast.

“Last year, you put everything in and we got that result (Olympic gold). This year there’s a lot less pressure, so it’s a different kettle of fish.

“The end goal is Paris (2024 Olympics) and whatever happens in between I’m just going to enjoy my swimming.”

“I always had the goal in the back of my mind to be the first guy to go 2:05 and you don’t get many opportunities and tonight was one of them,” Stubblety-Cook said after the race.

“It’s a bit surreal, to be perfectly honest.” Winners are grinners: Stubblety-Cook was all smiles after his win, describing his world record swim as “a bit surreal”. Picture: Brenton Edwards/AFP

The world’s best swimmers will dive into Melbourne, Victoria, later this year to compete in the 16th FINA World Swimming Championships after the state won the global short course event from Russia.

Tourism, Sport and Major Events Minister Martin Pakula on Monday confirmed the short course format of the championships would be staged at the Melbourne Sports and Aquatic Centre in December.

Featuring the world’s fastest swimmers, the event is expected to draw 2500 participants, teams and officials from around the world from December 13 to 18. Up to 60,000 attendees will lap up six action-packed days in the pool, transforming the event into a “party on the pool deck” with food trucks, live music and DJs.

Originally scheduled for the city of Kazan, that event was cancelled due to Russia’s invasion of Ukraine.

Swimming Australia chief executive Eugenie Buckley said Australia was one of the first countries to withdraw competitors from the event.

“At that point we wanted to be part of the solution, so we did say very early on … that we’d be happy to look at the feasibility* (of hosting the event),” Ms Buckley said.

“We are delighted to be able to deliver the 2022 FINA short course championships in Melbourne.”

Golden girls could finally get Olympic due

CLASSROOM ACTIVITIES
1. Fast times
Ariarne Titmus now holds the world record for the fastest 400m swim in freestyle. She did it in 3:56.40 (3 minutes, 56 seconds, 40 milliseconds).

a) How far did Ariarne swim per second? (hint: division sum.)

Zac Stubblety-Cook also broke a world record for the fastest 200m swim in breaststroke. He did it in 2:05.95 (2 minutes, 5 seconds and 95 milliseconds).

b) How far did Zac swim per second?

2. Extension
How do you think not having the pressure of the Olympics helped these swimmers in mind and body, therefore getting good results?