Australian cricketer Alyssa Healy has grabbed a Guinness World Record for the highest catch of a cricket ball.

The talented wicketkeeper and batter gloved* the pink ball dropped from a drone 82.5m above the MCG wicket to make history.

The previous record was 62m and she smashed the 49m mark set by former England captain Nasser Hussain in 2016. “I’ve had my struggles over the years under the high ball, so to be able to catch one from 82.5m was pretty cool,” Healy said of the catch that came from higher than the MCG light towers.

“I had two (attempts) at 60m and I took the first one at 70m and then we thought, let’s just crank* it right up and go as high as we can, that was as high as we were allowed to go on the day.

“I had three cracks at it and got it on the last one.” The ball is dropped from a drone. Picture: Getty Images

The world record caps a successful year for Healy. She was crowned* Australia’s best female cricketer after being named one-day and T20 player of the year and winner of Cricket Australia’s overall Belinda Clark Award.

Now she has her sights set on another global record — packing the MCG for the T20 World Cup final on March 8 (also International Women’s Day) to set a new world record for attendance at a women’s sporting event.

“There’s a little bit of pressure on us to try and be in that final but at the same time, to play a T20 World Cup on home soil*, that’s what you want to do, you want to lift the cup at the end.

‘We’ll be doing everything we can to get to that final and to have 93,000 people supporting us would be really cool.” 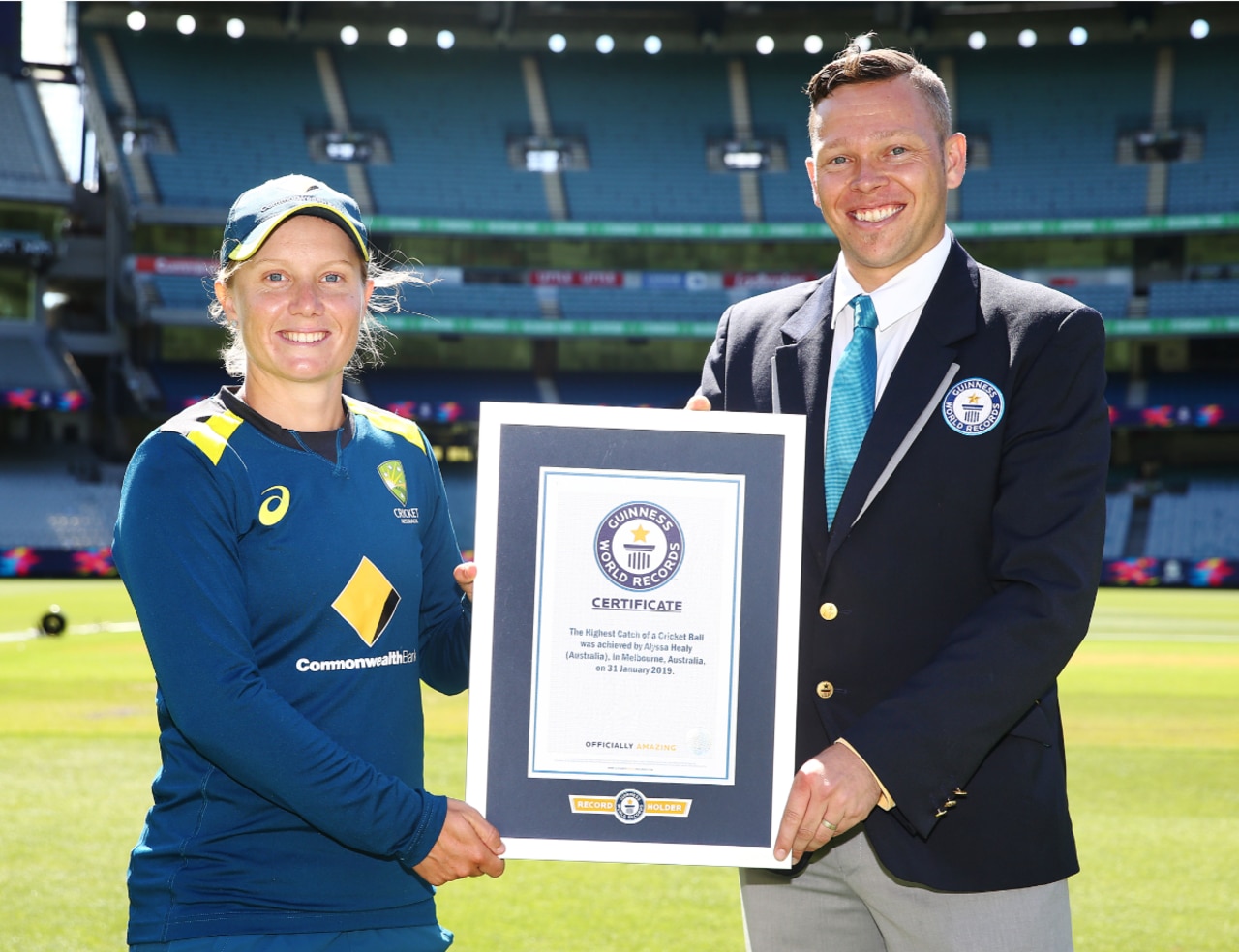 Australian cricketer Alyssa Healy with her world record certificate for the highest catch.

HAVE YOUR SAY: Would you be brave enough to catch a cricket ball dropped from 82.5m?
No one-word answers. Use full sentences to explain your thinking.