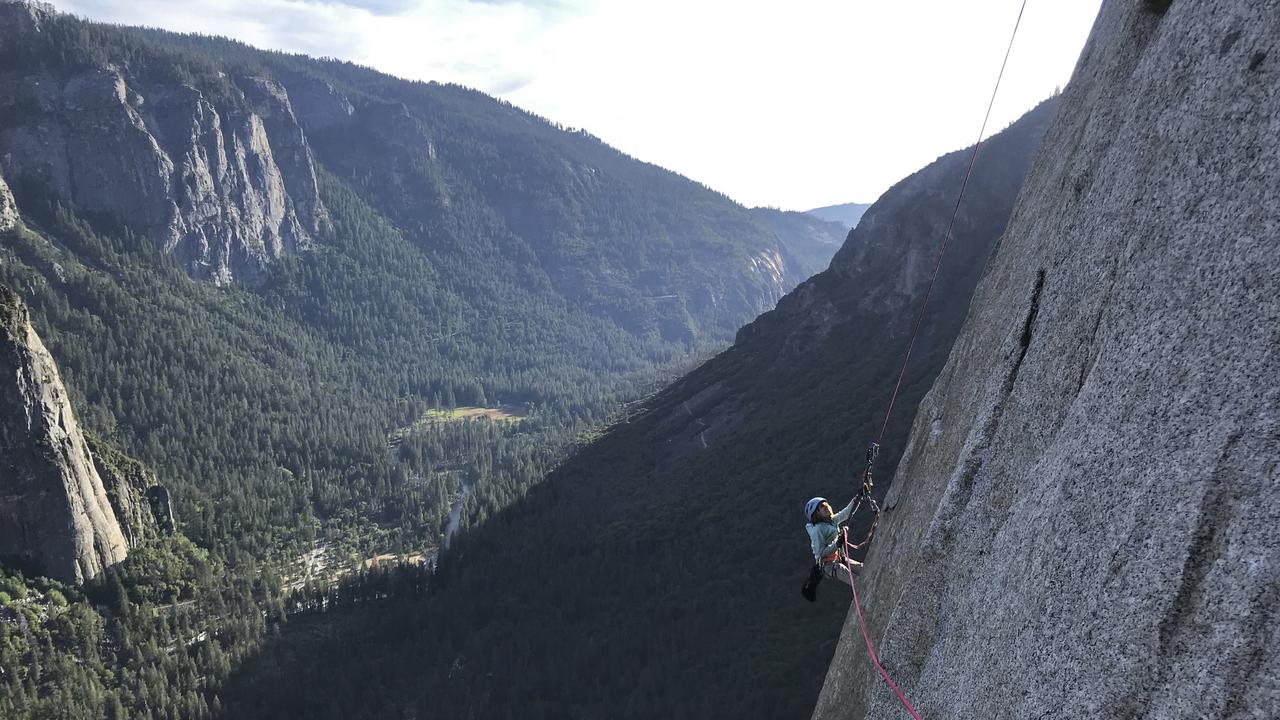 A 10-year-old girl has become the youngest person to climb the world’s most famous rock wall, the face of El Capitan in Yosemite National Park in the US.

El Capitan was once considered unclimbable.

Selah Schneiter spent five days on the 914m granite monolith*, leading several sections of the route and camping in a portaledge, which is a tent slung from the slab. “I can’t believe I just did that,” she said when she reached the top, realising a goal that she had worked towards for a year.

Although she has been climbing since she was 18 months old Selah had not previously ascended* anything much taller than Otto’s Route, a 121m column in the Colorado Desert in California that she climbed when she was seven.

Climbing El Capitan was a giant leap in scale and difficulty.

“Our big motto was, ‘How do you eat an elephant? Small bites’,” she said afterwards. 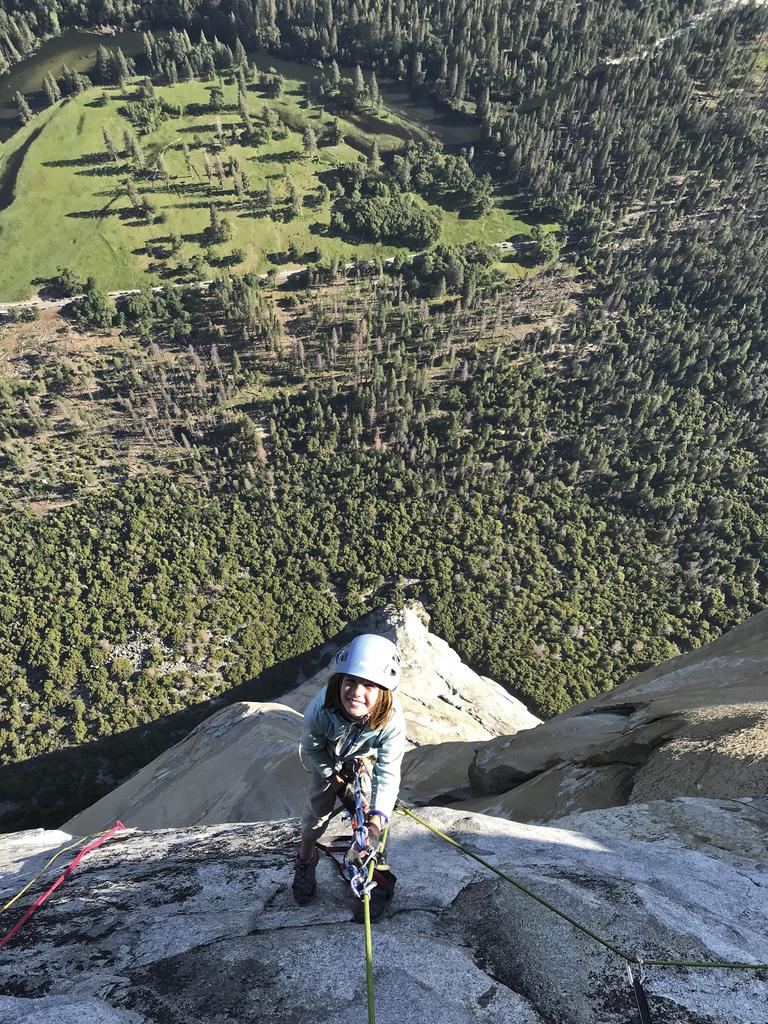 “There were a couple of moments when she was exhausted, sore and sunburnt, but she was never really scared,” said her father, Mike, a climbing instructor, mountain guide and former high school teacher.

His daughter had wanted to lead more but he decided to err on the side of caution*. “I feel like we’ve been really conservative*,” Mr Schneiter told climbing website Alpinist.com.

The early part of the climb felt “overwhelming” because of the slow pace, the heavy bags that Mr Schneiter and Mark Regier, a family friend, were hauling and the amount of gear that Selah herself had to carry. As they went higher they began to relax, enjoying casual mornings and long lunch breaks.

Selah, who is 127cm tall and 27kg, was enjoying herself yet Mr Schneiter kept an open mind about their chances.

“I just thought, ‘We’ll just see how it goes, it might just be too big for her’. But every day we’d get a little closer to the top and we thought, ‘It’s actually harder to go down than up, so I think we’re gonna pull this off’.” He knew though that the hardest of the climb’s 31 pitches still lay ahead. Towards the top of the Nose the route becomes “really overhanging in spots, you’re looking down and you can see 3000ft (914m) down”, he told ABC.

“Once she topped out, she was the first one to go up to this tree, that is a symbolic thing for climbers, and she just broke down in tears,” he said.

“She said it was her first happy tears she’s ever had.” His daughter was in shock but recovered quickly and started exploring “almost like it was nothing”.

Selah is the oldest of four children in the Colorado family that visits Yosemite every year.

Her mother and father met and fell in love climbing El Capitan and first took her when she was a baby.

EL CAPITAN
Scott Cory had been the previous youngest to climb El Capitan when he did it twice at the age of 11 on the same route.

More than 30 climbers have died on El Capitan since 1905.

In 2017, Alex Honnold took 3 hours 56 minutes to scale it without ropes and his first free solo climb was featured in the film Free Solo.

This story was first published in The Times and is republished here with permission.

HOW DO YOU GET DOWN?
Climbers don’t go down the way they came up. There are several options for getting down including a steep hike, a longer, flatter hike and the East Ledges descent, which requires a combination of “down climbing”, abseiling (also called rappelling) and steep hiking. Alex Honnold (holding all his climbing gear) atop the summit of El Capitan after his 2017 world-first climb without a rope. Picture: National Geographic/Jimmy Chin

HOW DO YOU GO TO THE TOILET?
Everyone needs to go to the toilet several times when they’re climbing and camping high up on a rock face for five or so days.

Climbers use special double-walled plastic bags kept in a separate compartment to their other belongings to store their waste until they can dispose of it when they’re back on the ground.

Leave-no-trace hikers and other outdoor sportspeople who don’t want to pollute the pristine environment they are in also use these bags. El Capitan viewed from below in Yosemite National Park. The rock is so big that there could have been several climbers on the rock face when this photo was taken but we wouldn’t be able to see them. Picture: AFP

CLASSROOM ACTIVITIES
1. Small bites
Saleh Schneiter is quoted in the article as saying, “How do you eat an elephant? Small bites.”

Nobody actually ate an elephant! This is a metaphor. Explain in your own words what Saleh meant by the quote.

Can you think of a situation, task or goal in your own life that you could apply this metaphor to? Explain in detail.

2. Extension
We can gather from the article that visiting Yosemite National Park and climbing are a big part of the Schneiter family’s life – it’s their “thing” – something they love to do together. Write a paragraph and draw an accompanying picture about something your family loves to do together.

HAVE YOUR SAY: Would you like to climb El Capitan? Have you ever been rock-climbing? Describe your experience or how you think you would feel.
No one-word answers. Use full sentences to explain your thinking. No comments will be published until approved by editors.