When you challenge a couple of the best young spellers in the nation, you want to bring your A-game!

When asked by the PM if they knew how to spell his surname, the competition’s reigning champs had no trouble reciting A-L-B-A-N-E-S-E.

“I remember when I was their age going in spelling competitions,” Mr Albanese said. “I didn’t win prizes like these two. These two are stars!” Despite not reaching the same lofty spelling competition heights, Mr Albanese said his mother made sure he became a good speller.

“I am pretty good at spelling, I always was, but it’s because my mother put the effort in when I was really young,” he said.

“We didn’t have much when I was a child but my mum spent a lot of money on books and on spelling.”

Mr Albanese said he wanted to “lift up the profile of spelling” and make sure the basics were not lost in the digital age of auto-correct and predictive text.

“There have been great advances due to technology but there’s also been a bit of a de-skilling,” he said.

“We need to identify what the risks are as well as the benefits of advances in technology.

“Spelling is one of those things. It’s absolutely critical and that’s why the Spelling Bee is really important.” 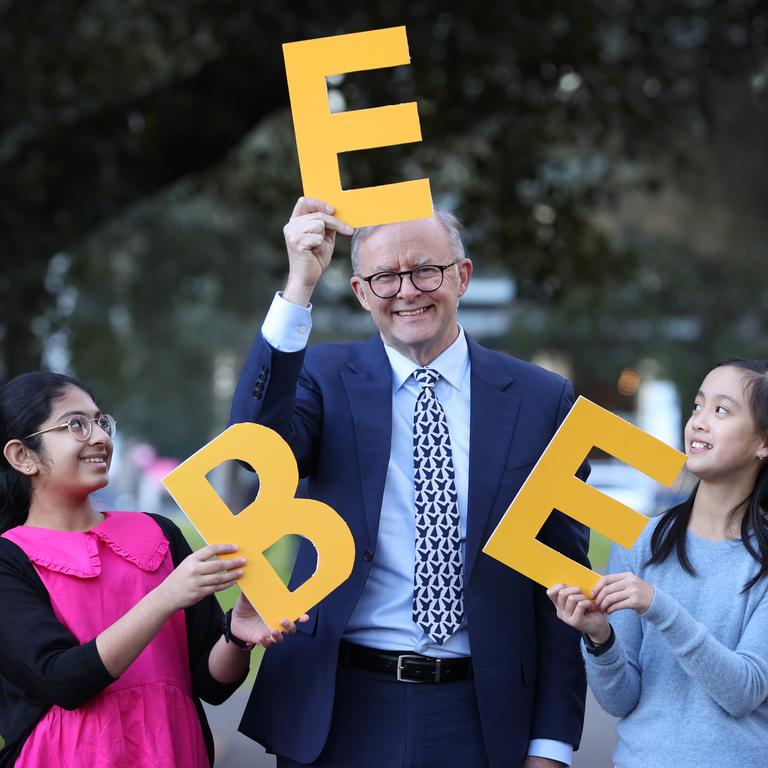 The Prime Minister’s Spelling Bee, which had almost 21,000 students signed up last year, is a free online competition open to children in Years 3-8. It is run by Kids News and News Corp Australia.

“Learning to spell is a fundamental stepping stone in a child’s successful school life and future,” she said.

HOW IT WORKS
The Prime Minister’s Spelling Bee has three competition levels: Green for Years 3-4; Orange for Years 5-6; and Red for Years 7-8.

Students will be given 30 random words from their competition level word list. They have 25 seconds to spell each word.

The competition will be held in three rounds, with the School Round from August 15-26, the State/Territory Finals on September 1-2 and the National Final on September 8.

The national champion in each age group will win a trip to Canberra to meet the Prime Minister, an iPad and a HarperCollins book pack. Each national winner’s school will also get a $1000 voucher to spend on books, technology or other equipment. Registrations in the Prime Minister’s Spelling Bee are open from July 25 to August 19.