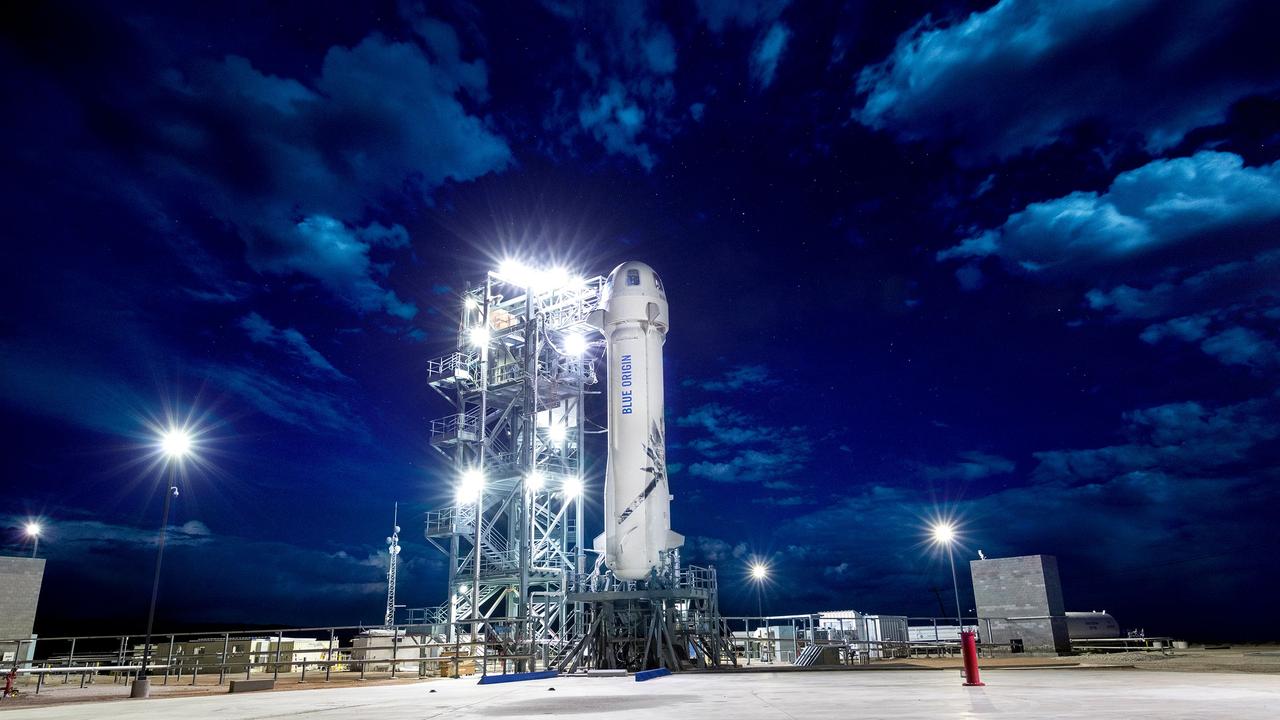 The rocket company owned by the world’s richest man has shot its test capsule* higher into space than ever before.

Jeff Bezos’ Blue Origin rocket company saw its latest creation — the New Shepard rocket — blast off this morning on a test flight from West Texas, in the United States.

Once the booster separated, the capsule’s escape motor fired, lifting the spacecraft to an altitude* of 119km.

It’s part of a safety system made to save lives once space tourists and others climb aboard. Today’s passenger was a dummy, or mannequin, called Mannequin Skywalker, plus equipment for science experiments. The booster* and capsule — both repeat flyers* — landed successfully. It was the ninth test flight and lasted 11 minutes.

Blue Origin hasn’t announced when it will start taking bookings or how much flights will cost. Mr Bezos, its founder, is in charge of big US computing and shopping company Amazon and was announced as the richest man in modern history. His wealth is valued at $200 billion and means he can afford to lead the race towards space tourism. Blue Origin says it is just months away from its first out-of-this-world passenger flights.

But Virgin Galactic, founded by British billionaire Richard Branson, is also racing to be the first — with both companies using completely different technology. Neither Virgin nor Blue Origin’s passengers will find themselves orbiting the Earth: instead, their weightless experience will last just minutes. It’s an offering far different from the first space tourists, who paid tens of millions of dollars to travel to the International Space Station (ISS) in the 2000s.

With tickets priced at around $340,000 with Virgin — and so far not known with Blue Origin — the new round of space tourists will be rocketed into the atmosphere,

through the imaginary line marking where space begins — either the Karman line, at 100km, or the 80km boundary recognised by the US air force.

At this altitude, the sky looks dark and the curvature* of the earth is obvious.

Blue Origin’s New Shepard fits six passengers in a capsule fixed to the top of a 18.3-metre-long rocket. After launching, it detaches* and continues its path several kilometres towards the sky. 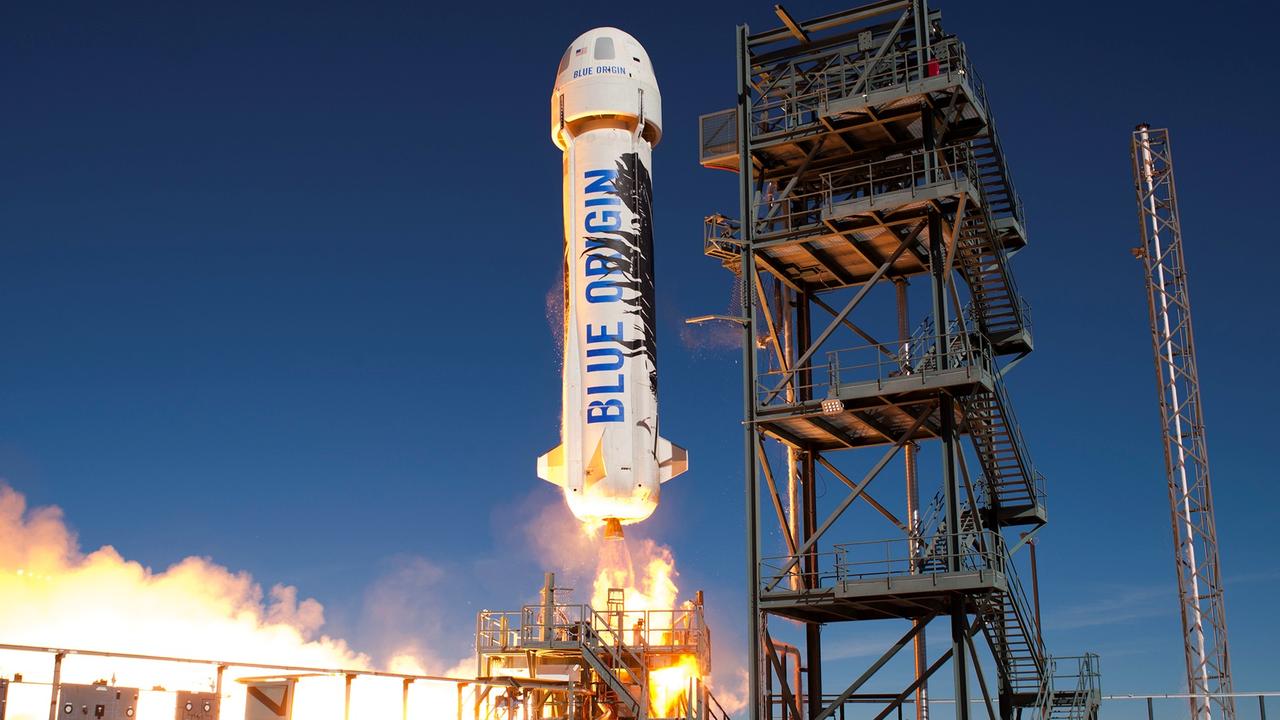 After a few minutes of weightlessness*, during which passengers can take in the view through large windows, the capsule gradually falls back to earth with three large parachutes and rockets used to slow the spacecraft.

From takeoff to landing, the flight took 10 minutes during the latest test. Tests have only been carried out using dummies at Blue Origin’s West Texas.

Company officials were recently quoted as saying the first tests with Blue Origin astronauts would take place “at the end of this year,” with tickets for the public expected to go on sale in 2019.

But in comments to news agency AFP, the company was more cautious. “We have not set ticket pricing and have had no serious discussions inside of Blue on the topic,” the company said. “Anyone predicting dates is guessing.”

Blue Origin representatives did not respond to requests for comment on its programs and pricing. Mr Bezos said in May ticket prices had not yet been decided.

repeat flyers: can be flown again and again

detaches: comes off or apart

2. How long did the test last?

4. Which other rich man is he in a race to space with?

5. What do the sky and Earth look like a the height the rocket reaches?

Create an advertisement for a newspaper or travel magazine for a tourist flight on Blue Origin or Virgin Galactic’s spacecraft. Use information from the article to explain some details of the flight, what people might expect to see and feel, how much it will cost and why this experience should be on everyone’s must-do list. (You can predict some details based on information provided).

2. Extension: Watch the video of the rocket launch.

Imagine you were Mannequin Skywalker experiencing this flight for the first time. Make a list of emotions you might experience before, during and after the experience.

Use these emotions to help you write a diary entry of what you imagine the experience would be like.

The glossary of terms helps you understand and learn the ambitious vocabulary being used in the article. Can you use the words outlined in the glossary to create new sentences? Challenge yourself to include other VCOP (vocabulary, connectives, openers and punctuation) elements in your sentence/s. Have another look through the article. Can you find any other Wow Words not outlined in the glossary?

QUESTION: If you could go into space, what would you be most interested in seeing or experiencing during your mission?
Use full sentences to explain your answer.