Freezing dwarf planet* Pluto has ice volcanoes unlike anything known in our solar system – and they might still be active.

Scientists said on Tuesday that these dome-shaped cryovolcanoes* – numbering perhaps 10 or more – stand anywhere from 1km to 7km tall.

Unlike Earth’s volcanoes that spew gases and molten* rock, Pluto’s cryovolcanoes expel large amounts of ice that may have the consistency of toothpaste, researchers said.

Identified with data from NASA’s New Horizons spacecraft, the cryovolcanoes differ from others in the solar system in temperature and atmospheric pressure, as well as different mixes of icy materials. 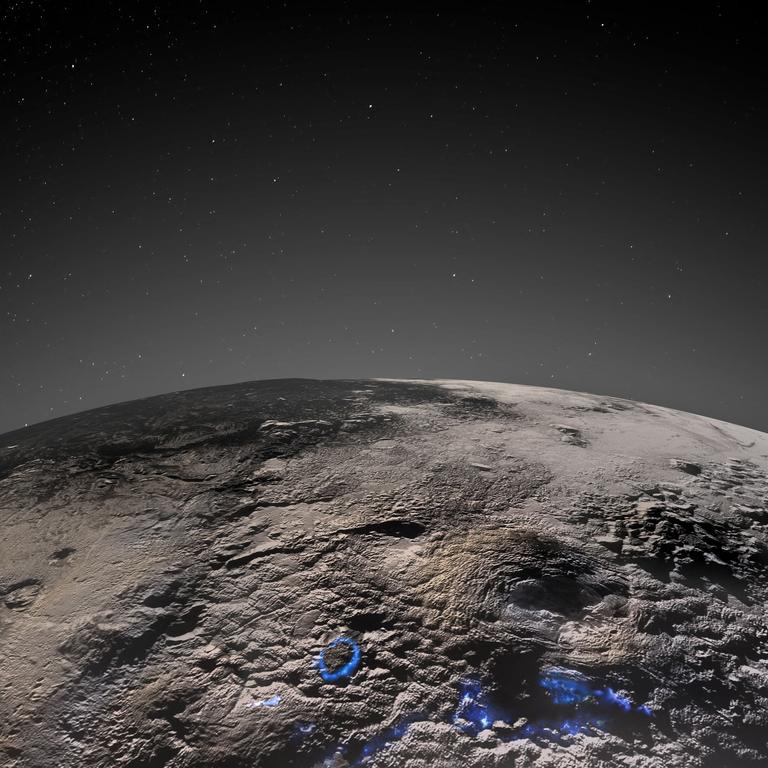 “Finding these features does indicate that Pluto is more active, or geologically* alive, than we previously thought it would be,” said Southwest Research Institute lead author and planetary scientist Dr Kelsi Singer of the study, published in the journal Nature Communications.

“The combination of these features being geologically recent, covering a vast area and most likely being made of water ice is surprising because it requires more internal heat than we thought Pluto would have at this stage of its history.”

Pluto is smaller than Earth’s moon, with a diameter of about 2380km and orbits about 5.8 billion km away from the sun or roughly 40 times farther than Earth’s orbit. Its surface features plains, mountains, craters and valleys. “What’s most fascinating about Pluto is that it’s so complex – as complex as the Earth or Mars despite its smaller size and high distance from the sun,” Dr Stern said. “This was a real surprise from the New Horizons fly-by, and the new result about cryovolcanism re-emphasises this in a dramatic way.”

One of the tallest, called Wright Mons, may be several merged volcanic domes, forming a shape unlike any Earth volcanoes, though similar in size to Hawaii’s Mauna Loa. 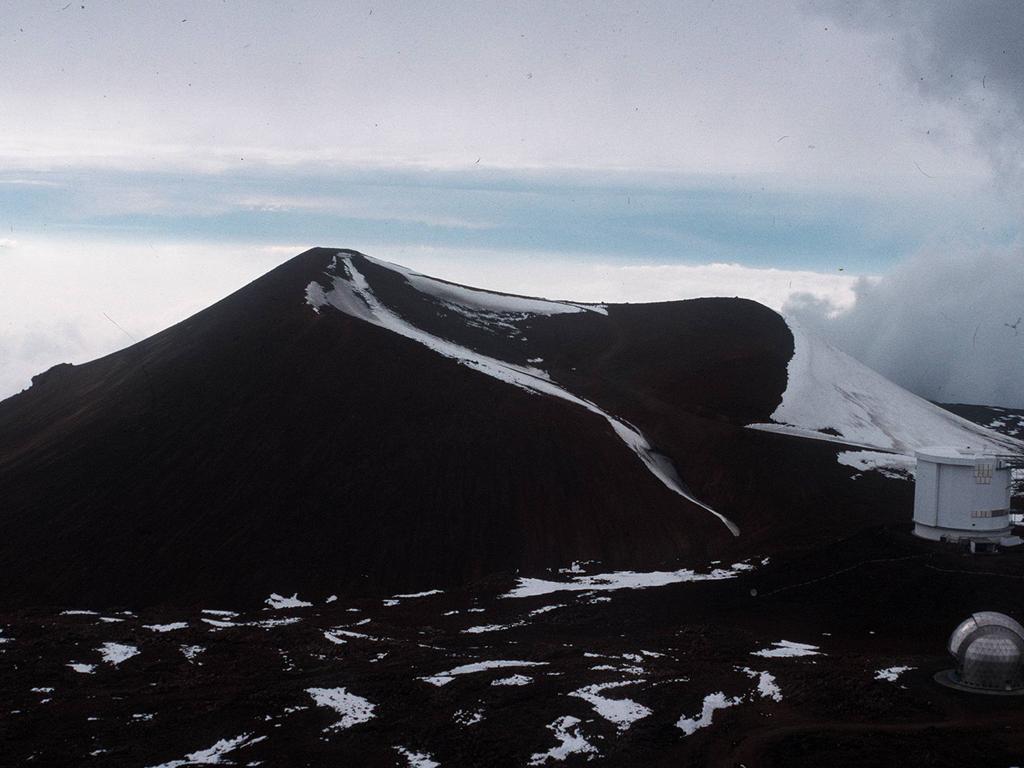 Like Earth and our solar system’s other planets, Pluto formed about 4.5 billion years ago. Without impact craters that would normally accumulate over time, it seems its cryovolcanoes are relatively recent, formed in the past few hundred million years.

“That is young on a geologic time scale,” Dr Singer said. “Because there are almost no impact craters, it is possible these processes are ongoing even in the present day.”

Pluto has lots of active geology, including flowing nitrogen ice glaciers and a cycle in which nitrogen ice vaporises* during the day and condenses* back to ice at night – a process constantly changing the planetary surface.

“Pluto is a geological wonderland,” Dr Singer said. “Many areas of Pluto are completely different from each other. If you just had a few pieces of a puzzle of Pluto, you would have no idea what the other areas looked like.”

How Pluto lost its place as a planet

CLASSROOM ACTIVITIES
1. Holiday in Pluto!
Imagine that you are a space tourist visiting Pluto for the weekend. Use the information in the story to write a blog about the best parts of your trip. You can include pictures.

2. Extension
Why doesn’t the ice in the cryovolcanoes melt? Use the clues in the story to write down as many reasons as you can think of.

VCOP ACTIVITY
BAB it!
Show you have read and understood the article by writing three sentences using the connectives “because’’, “and”, and “but” (BAB).

Your sentences can share different facts or opinions, or the same ones but written about in different ways.