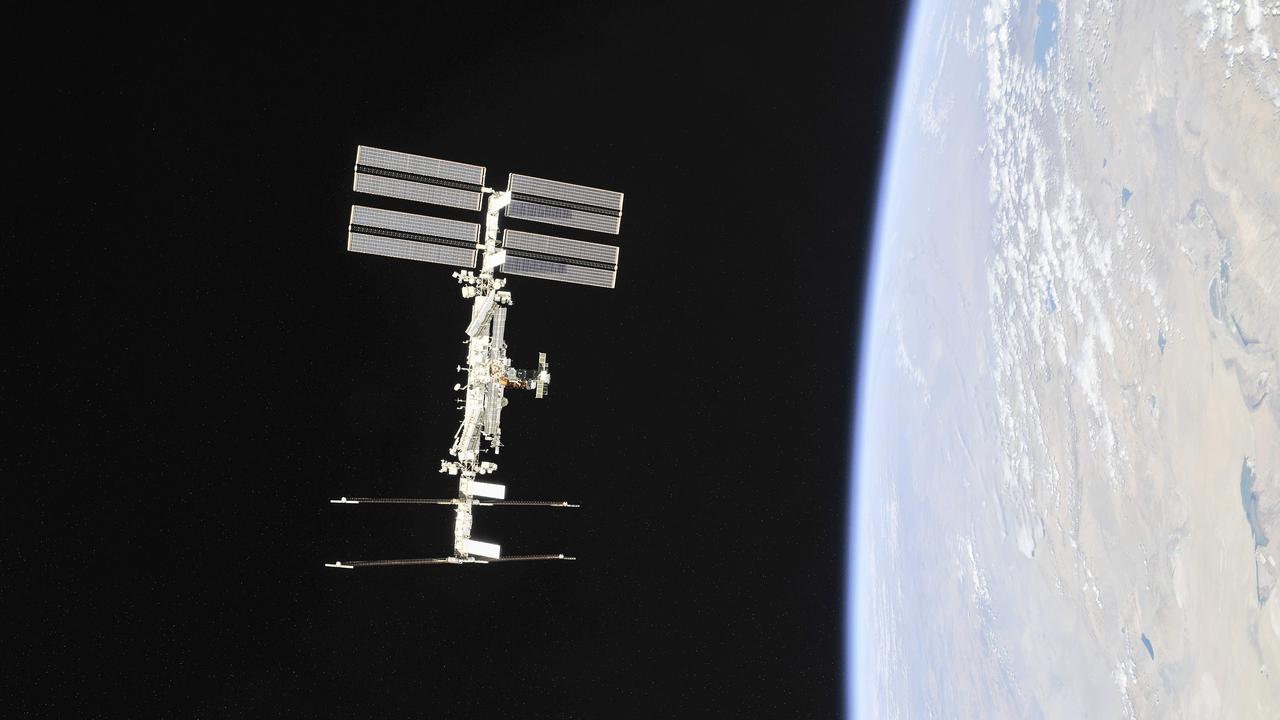 The International Space Station — one of the world’s most complex technical instruments — turned 20 this week.

This orbiting jigsaw is made up of contributions from 15 countries and has been home to 232 people from 18 countries, which also makes it one of the world’s most successful attempts at international co-operation. In this handout image supplied by the European Space Agency (ESA), astronaut Tim Peake takes part in his 4 hour 43 minute spacewalk to replace a failed power regulator and install cabling for the International Space Station. Picture: ESA via Getty Images

To celebrate the ISS’s big birthday, we’ve compiled* a list of 20 things about this space laboratory that are good to know.

1. A Russian rocket launched the Zarya module*, the first piece of the station, from Kazakhstan on November 20, 1998.

2. Zarya was soon joined by a US module called Unity.

3. Over the next two years, more and more pieces were added until it was ready for its first residents on November 2, 2000.

4. Building finished in 2011, nine years after the launch of the first module.

5. It flies at an average height of 400km above the Earth. 6. One lap of the Earth takes 90 minutes. The orbit is not regular and the same every time — it “wobbles” a bit as it circles its way around the Earth.

8. Inside, it is as big as a house with five bedrooms. It has two bathrooms, a gym and a big window.

9. Six astronauts can live in it at once. 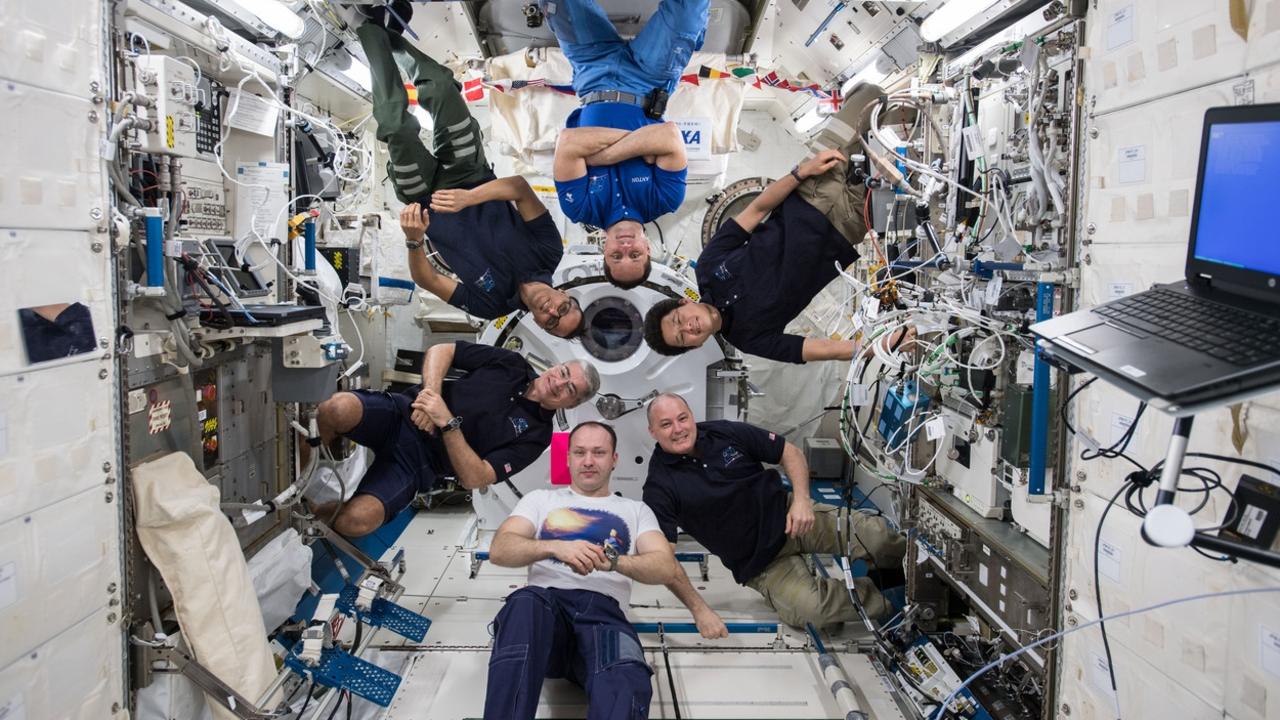 The six-member Expedition 54 crew in the Japanese Kibo laboratory module of the international space station on Feb. 18, 2018. Picture: NASA

10. Europe, Russia, Japan and the US all have science labs* inside the ISS, involving scientists from more than 100 countries in the experiments.

11. On the outside, it is massive — big enough to cover a soccer pitch.

12. Solar arrays, which are big arrangements of solar panels, turn energy from the sun into electricity to power the ISS. 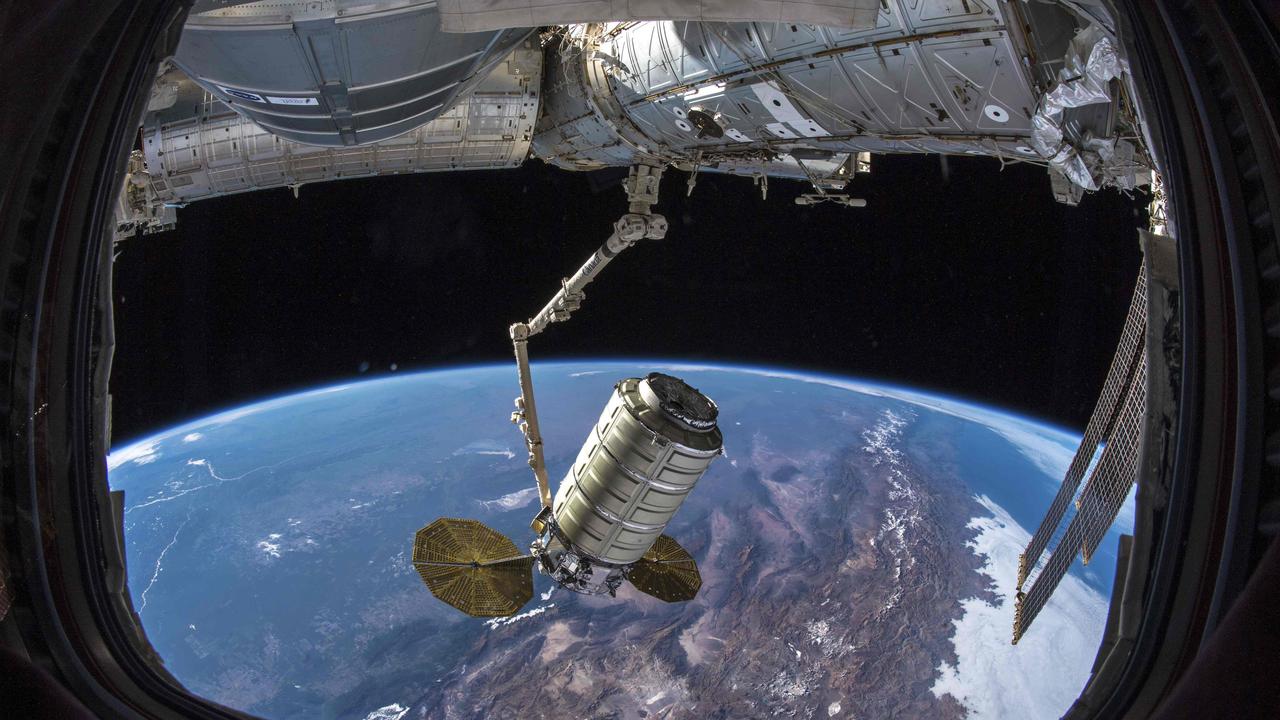 13. Robot arms on the outside help build and fix the ISS, move the astronauts around and help them do science experiments.

14. Scientists study the astronauts on the ISS to learn what happens to humans when they live in space. This helps plan for the future, when humans could spend long periods much farther from Earth.

15. Astronauts can choose from about 100 frozen and dehydrated* foods and drinks, including fruit and vegetables, dairy products, seafood, lollies and coffee. There is an espresso coffee machine on the ISS.

16. Waste from the ISS is released every now and then and burns up as it re-enters Earth’s atmosphere, looking like a shooting star in the sky.

VIDEO: How astronauts live on the ISS

17. No Australian has ever been to the ISS, but when astronauts on the ISS hook up with Mission Control for a chat with someone on Earth, they could talk to an Australian. Adelaide-born Andrea Boyd is the ISS operations engineer, the only Australian with the ISS. She is based in Cologne, Germany. 18. It is the most expensive single structure ever built and cost more than $175 billion.

19. The original plan was to keep the ISS for 15 years. It hasn’t yet been decided when it will retire, though there are some suggestions that could be in 2024 or 2025. Scientists currently think it is in good enough condition to last until 2028.

20. NASA has a website to help you spot the ISS as it passes overhead where you live. Enter your location at spotthestation.nasa.gov

1. How many astronauts have lived on the ISS?

2. How fast and how high does it orbit?

3. Is there any way to exercise on the ISS?

4. What are some items on the menu?

5. Who is Andrea Boyd and what does she do?

What do you think it would be like to live and work in the International Space Station? Write a diary for what you think would be a day in the life of an ISS astronaut. Include drawings to show what life is like, too. Include as many details as you can think of to bring your writing (and drawing) to life.

Extension: Why is the International Space Station so important? Brainstorm as many ideas about this that you can think of. Use your ideas and facts in today’s story to use in a letter that you will write to NASA. The purpose of your letter is to convince NASA to keep the ISS going for as long as possible.

HAVE YOUR SAY: Would you like to be the first Australian on the ISS? Why or why not? Use full sentences to explain your thinking. No one-word answers.