NASA on mission to strike gold in space in 2022 An artist's impression of the asteroid Psyche's surface. Picture: NASA

NASA has asked billionaire Elon Musk to help it explore a nearby asteroid* that contains enough gold to make everyone on Earth a billionaire.

Musk’s rocket-building company SpaceX will join forces with NASA to fire an uncrewed spacecraft to the solid metal blob — called 16 Psyche — as early as 2022.

“The Psyche mission will journey to a unique metal-rich asteroid, also named Psyche, which orbits the Sun between Mars and Jupiter,” NASA said in a statement.

“The asteroid is considered unique, as it appears to largely be made of the exposed nickel-iron core of an early planet – one of the building blocks of our solar system.” Psyche, which is 193km wide, is loaded with heaps of platinum, iron and nickel.

In total, it’s estimated that the object’s various metals are worth a mind-boggling $15 quadrillion*.

That means if it was carried back to Earth, it would cause the world’s economy to collapse because there would be an instant oversupply of these metals, making them almost worthless.

If all goes well, a NASA/SpaceX mission to the asteroid will launch in 2022 from Cape Canaveral, Florida, US. 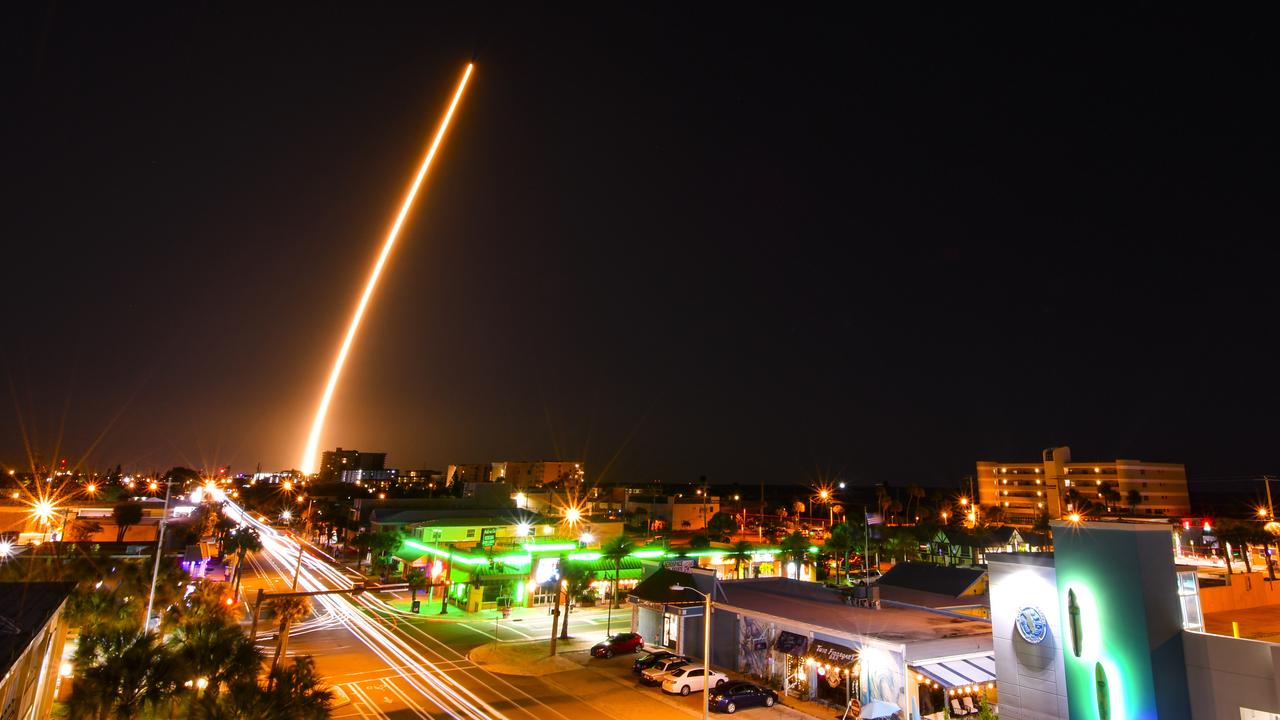 SpaceX Falcon rocket launches from Cape Canaveral, Florida, US on March 6, 2020, with a load of supplies for the International Space Station. Picture: AP

Fortunately, the trip is to examine what the asteroid is made of and there are no plans for any mining.

NASA scientists believe 16 Psyche is a survivor of collisions between planets. Collisions were common when the Solar System was forming.

That means it could tell us how Earth’s core and the cores of the other planets were formed.

It’s hoped the probe will arrive at the chunk of metal in 2026. The location of the Jupiter Trojan asteroids (white), thought to be a relic of a much earlier era of the solar system. It’s thought that Psyche is one of these relics. Picture: NASA

Scott Moore, who heads up a mining company called EuroSun Mining, said the sheer amount of gold in the asteroid could throw the gold industry into chaos.

“The ‘Titans of Gold’ now control hundreds of the best-producing properties around the world,” he told Oil Price, a mining and energy news site.

“But the four to five million ounces* of gold they bring to the market every year pales in comparison to the conquests available in space.” One kilogram gold bars at the YLG Bullion International Co. headquarters in Bangkok, Thailand. If huge amounts of gold was mined on an asteroid, the value of gold on Earth would decrease. Picture: Bloomberg

Two space mining companies are gearing up for a gold rush after asteroid ownership was made legal in 2015.

Deep Space Industries and Planetary Resources each have their eyes on the 2011 UW158 asteroid, which is twice the size of the Tower of London, UK and worth up to $9 trillion. The Fimiston gold mine in Kalgoorlie, Western Australia, where gold. Picture: Bloomberg

NASA confirms asteroid the size of a small car

CLASSROOM ACTIVITIES
1. Would you invest in this venture?
Although the article doesn’t specifically say, you can assume that the mission to examine and probe the asteroid and then possibly mine and return the precious metals to earth would be very expensive. NASA has asked Elon Musk, a billionaire with a rocket building company to work with them to carry out this mission.

If you were Elon Musk or had as much money as him, would you join forces with NASA on this venture? Consider the following factors when making your decision:

Write a letter to NASA explaining whether you would accept their invitation to join with them on this venture or politely decline. When writing your letter remember to set it out as a formal letter, address it correctly, begin with an introduction that explains what you are writing about and states your decision. Follow this with a number of paragraphs that give reasons for your decision and finally conclude by signing off politely.

2. Extension
Create a news segment for TV news, reporting on Elon Musk’s decision (as written in your letter above) of whether he will work with NASA on this project. Include in your report some background information (what the project involves and what they hope to achieve) report on his decision and the reasons he has given for his decision and conclude with what the next steps will be for this project.

HAVE YOUR SAY: Do you think we should mine asteroids?
No one-word answers. Use full sentences to explain your thinking. No comments will be published until approved by editors.