Space tourists may be able to look at Australia from 800-1200km above the Earth by some time in 2021. Picture: Shutterstock/NASA

Up to four tourists could launch into a super-high space orbit by the end of next year.

Ticket prices have not yet been announced but are expected to be in the millions of dollars.

SpaceX is working with tourism company Space Adventures Inc. for the flight. Both are private companies rather than part of NASA or other government space agencies.

Space Adventures has already helped put tourists into orbit with trips to the International Space Station, working with the Russian space program.

For this trip, paying customers will skip the space station — which orbits about 400km above the Earth – and orbit two to three times higher, or roughly 800km to 1200km above Earth.

SpaceX will use the same kind of Dragon capsule that will launch NASA astronauts to the space station, possibly in another few months. The capsule has flown only once in space so far, a successful test flight last year without a crew. The tourist flight “will forge* a path to making spaceflight possible for all people who dream of it,” SpaceX President Gwynne Shotwell said in a statement.

Space Adventures spokeswoman Stacey Tearne said the tourist flight could occur in the last quarter of 2021. The company is in discussions with “several potential* clients.”

No professional pilot or astronaut will be required, Ms Tearne said, because the Dragon is autonomous*. Passengers will be able to control the spacecraft if required, she said in an email. Elon Musk’s California-based SpaceX has already signed up Japanese billionaire Yusaku Maezawa to fly to the moon in three or so years. Jeff Bezos’ Blue Origin and Richard Branson’s Virgin Galactic also plan tourist trips to space, but these will be brief up-and-downs, not orbital*. 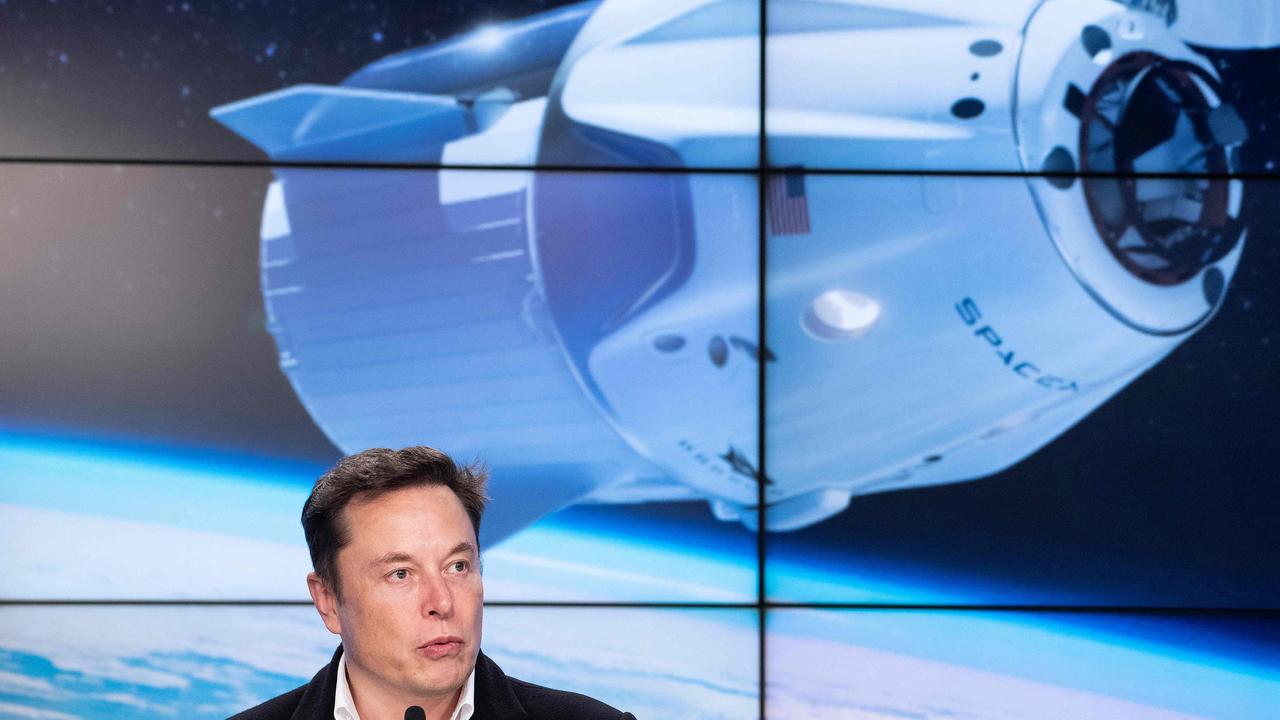 SpaceX chief Elon Musk speaks during a press conference in March 2019 after the launch of SpaceX Crew Dragon Demo mission at the Kennedy Space Center in Florida, US. Behind him is the Crew Dragon capsule. Picture: AFP

The cost of the SpaceX-Space Adventures flight will be in line with previous tourist flights, Ms Tearne said.

Canadian billionaire Guy Laliberte, founder of Cirque du Soleil, paid more than $52 million for a one-and-a-half week space station flight in 2009. He said from orbit that it was “worth every penny and more.”

Like all previous space tourists, he launched on a Russian rocket from Kazakhstan.

This private Dragon flight from Cape Canaveral, US, will be shorter, lasting up to five days, according to Ms Tearne.

Space Adventures helped arrange the flight of the world’s first space tourist, US businessman Dennis Tito. He flew to the space station on a Russian capsule in 2001, a trip not supported by top NASA officials, who opposed space tourism at the time.

The company has arranged eight space missions, with one tourist going twice.

NASA has since softened its stance* on space tourists, and is opening the station doors to paying customers once commercial crew flights by SpaceX and Boeing have been established. 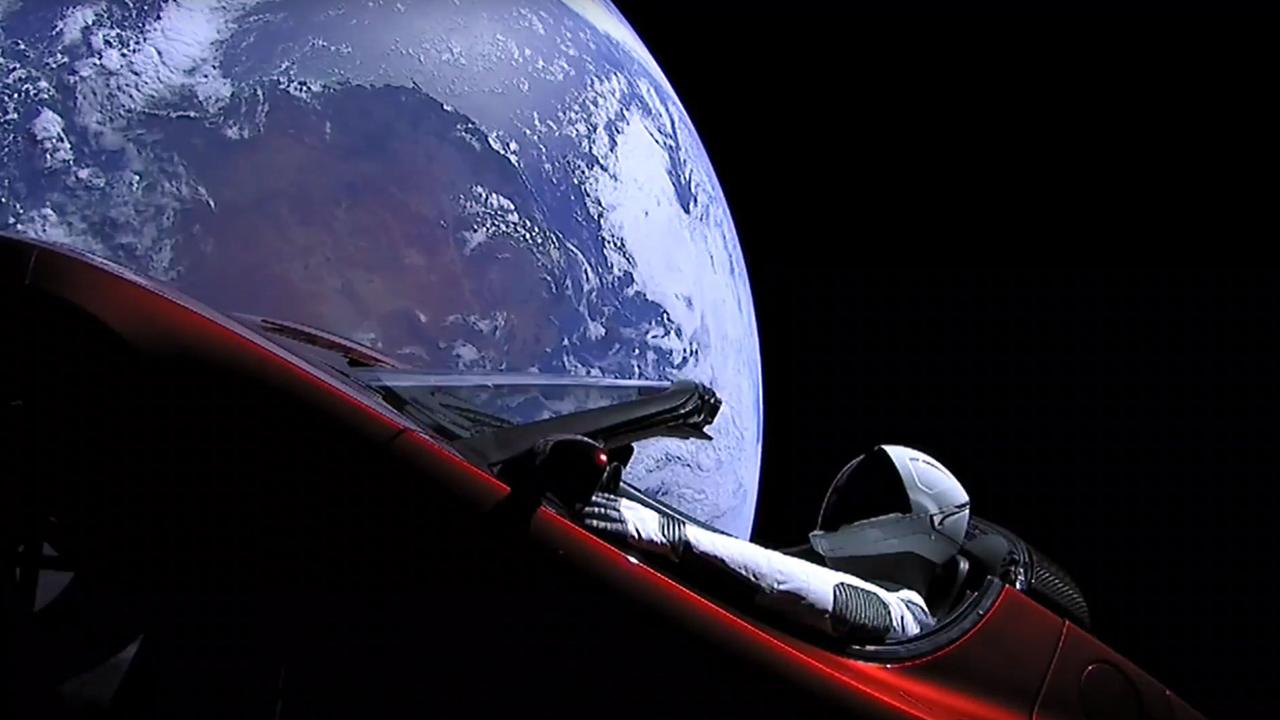 On February 2, 2018, SpaceX launched a Tesla car with “Starman” — a dummy, not a real person — into orbit around Earth. Picture: AFP/SpaceX

CLASSROOM ACTIVITIES
1. Write the Captions
What could you do on a five-day space flight? Create a program of activities that the space tourists could do during their trip in the Dragon capsule. Remember that you want the tourists to stay fit, healthy and have an amazing time.

VCOP ACTIVITY
Travel Ad
An advertisement is similar to a persuasive text, convincing the audience they need to do or buy something.

Write a script that will become a 30-second radio ad for SpaceX’s tourism space adventure.

You will need to try and convince people to not only want to go with your words but also with your tone as well, so include the writer’s voice.

HAVE YOUR SAY: If you had the money for a ticket on this space flight, what would you spend it on?
No one-word answers. Use full sentences to explain your thinking. No comments will be published until approved by editors.