SpaceX, Boeing to fly holiday-makers to the International Space Station from 2020 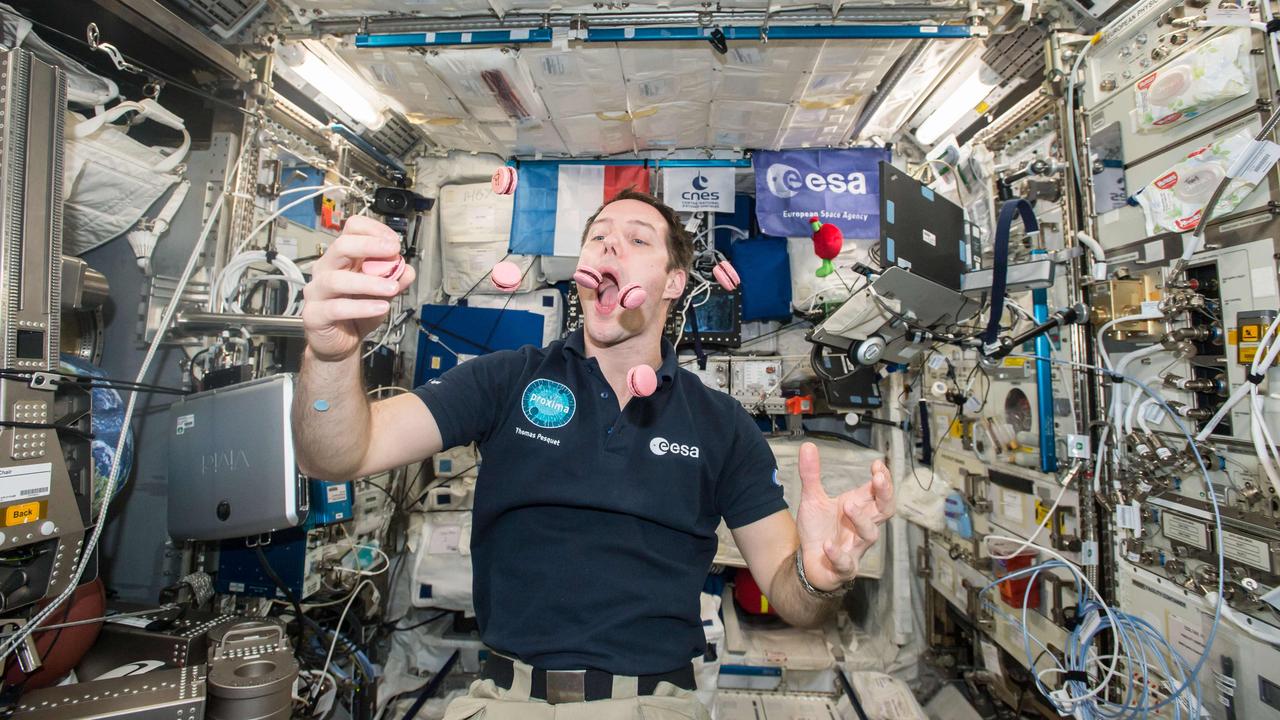 NASA has announced it will welcome paying guests for holidays on the International Space Station.

The first holiday-maker is expected to blast off next year.

A round-trip ticket for a one-month holiday will likely cost about $83 million. Accommodation will cost about $50,000 a night, said NASA’s chief financial* officer Jeff DeWit.

Travellers don’t have to be US citizens. People from other countries will also be eligible*, as long as they fly on a US-operated rocket.

Since the US space shuttle program ended in 2011, NASA has flown astronauts to the space station aboard Russian rockets.

NASA has a deal with companies SpaceX and Boeing to fly future crewed missions to the space station. Private citizens would make their travel arrangements with and pay those two companies, according to NASA spokeswoman Stephanie Schierholz. 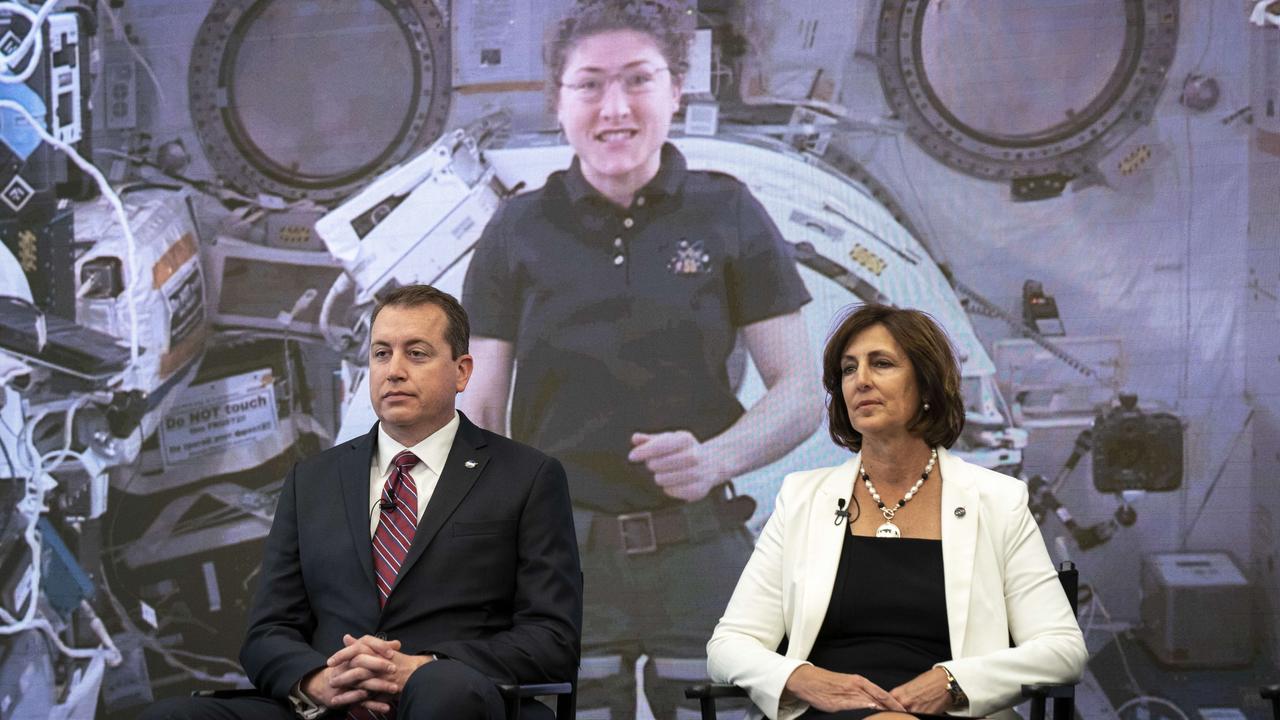 NASA Chief Financial Officer Jeff DeWit and ISS Deputy Director Robyn Gatens announce the opening of the International Space Station to paying customers. NASA astronaut Christina Koch is shown in the ISS on the screen behind them. Picture: Getty Images/AFP

SpaceX and Boeing will then pay NASA for providing the accommodation and other essentials, such as air to breathe, Mr DeWit explained.

“If a private astronaut is on the station, they will have to pay us while they’re there for the life support, the food, the water, things of that nature,” Mr DeWit added.

NASA will probably allow up to two visitors a year, for now.

The private astronauts will have to meet the same medical standards and training processes as regular crew members. NASA astronaut Christina Koch, a member of the current International Space Station crew, is helped as her spacesuit is tested prior to her departure in March. Picture: AFP

The space station has welcomed tourists before, travelling on Russian rockets. In 2001, US businessman Dennis Tito became the first paid visitor and several others have followed.

The program is part of NASA’s efforts to open the station to private companies. Dennis Tito after his trip to the ISS and successful landing in Kazakstan in May 2001. He was the first paying space tourist. Picture: AP

Eventually, the space station will become too expensive for the US government to maintain, said NASA’s Bill Gerstenmaier. So the idea is to let private companies start using the station now and perhaps eventually take it over, he said.

NASA officials said some income from commercial* activities will help the agency focus on returning to the moon in 2024, a major goal for President Donald Trump. The agency said this will also reduce the cost to US taxpayers for this next lunar mission.

VIDEO: Take a tour of the International Space Station

A Fly-Through of the International Space Station

YOUR HOLIDAY ITINERARY
The exact itinerary* of future holidays to the International Space Station isn’t yet decided but when you’re planning a holiday it’s always helpful to know what’s happened in the past.

The launch site is usually remote and flat, such as a desert. Recent launches (run by Russia) have been in Kazakhstan, which is near Russia.

So far, 236 people from 18 countries have visited the ISS.

Currently, between three and six people are on the ISS at once, because of the limited space in the Russian Soyuz transport capsules. SpaceX and Boeing plan to be able to take more astronauts at a time.

There is more liveable space on the ISS than a five-bedroom house. There are two bathrooms, a gym and a 360-degree window. The living quarters have been described as similar to being on a Boeing 747 aeroplane. The International Space Station seen from the Space Shuttle Discovery in 2009. It has a similar area of liveable space as a five-bedroom house. Picture: NASA via AP

Astronauts on the ISS mostly work on science experiments and maintenance of equipment, but they do spend at least two hours every day exercising and taking care of themselves. They also test everyday things to see how they work in space, such as coffee machines or 3D printers.

Keeping in touch with home is quite easy by video and email. They can also Google anything they like, listen to music and watch movies.

While on the ISS, you can see a sunrise and sunset every 90 minutes because you are orbiting the Earth more than 15 times in one day.

The ISS is orbiting Earth about 435km from the ground. It takes about 8 minutes for a Soyuz transport capsule to get to that height and then between 6 hours and two days to get its orbit in line with the ISS so it can dock.

CLASSROOM ACTIVITIES
1. Holiday in Space
Design a travel brochure to market this new holiday opportunity in space. Your brochure should include all the main details including:

Present your brochure on a piece of A4 paper folded in thirds or using a computer program. Your aim is to sell this holiday to rich holiday-makers!

2. Extension
Work with a friend and make a list of POSITIVES and NEGATIVES of allowing everyday citizens to travel into space.

HAVE YOUR SAY: Would space be your dream holiday destination? Is so, what would be so good about it? If not, where would prefer to go instead? Why?
No one-word answers. Use full sentences to explain your thinking. No comments will be published until approved by editors.