Space junk on a 9300km/h collision course with moon A piece of space junk weighing more than 2700kg is set to slam into the moon, creating a crater big enough to fit several semi-trailer trucks. Picture: AFP

The moon is about to get walloped* by more than 2700kg of space junk, a punch that will carve out a crater that could fit several semi-trailer trucks.

The leftover rocket piece will smash into the far side of the moon at 9300km/h on March 4, away from the view of telescopes. It could take weeks, even months, to confirm the impact through satellite images.

Experts believe the 12m-long piece of debris* has been tumbling haphazardly* through space since China launched it nearly a decade ago. But Chinese officials are not convinced the rocket is theirs.

Scientists expect the rocket debris to carve out a 10m to 20m-long hole and send moon dust flying hundreds of kilometres across the barren, pockmarked surface. This spectacular view of the far side of the moon, with its many craters, was captured by NASA’s Apollo 10 mission in 1969. Picture: NASA

While low-orbiting space junk is relatively easy to track, objects deeper in space are unlikely to hit anything and are usually soon forgotten, except by a handful of observers who enjoy playing celestial* detective on the side.

SpaceX originally took the blame for the upcoming lunar litter after asteroid tracker Bill Gray identified the collision course in January. He corrected himself a month later, saying the “mystery” object was not part of a SpaceX Falcon rocket launched for NASA in 2015. A SpaceX Falcon 9 rocket like this one was initially thought to be the source of the space junk that’s headed for the moon. Picture: SpaceX

Mr Gray, an American mathematician and physicist, said the debris was likely to be the third stage of a Chinese Long March rocket that sent a test sample capsule to the moon and back in 2014.

But Chinese ministry officials said the upper stage of the rocket had re-entered Earth’s atmosphere and burned up. 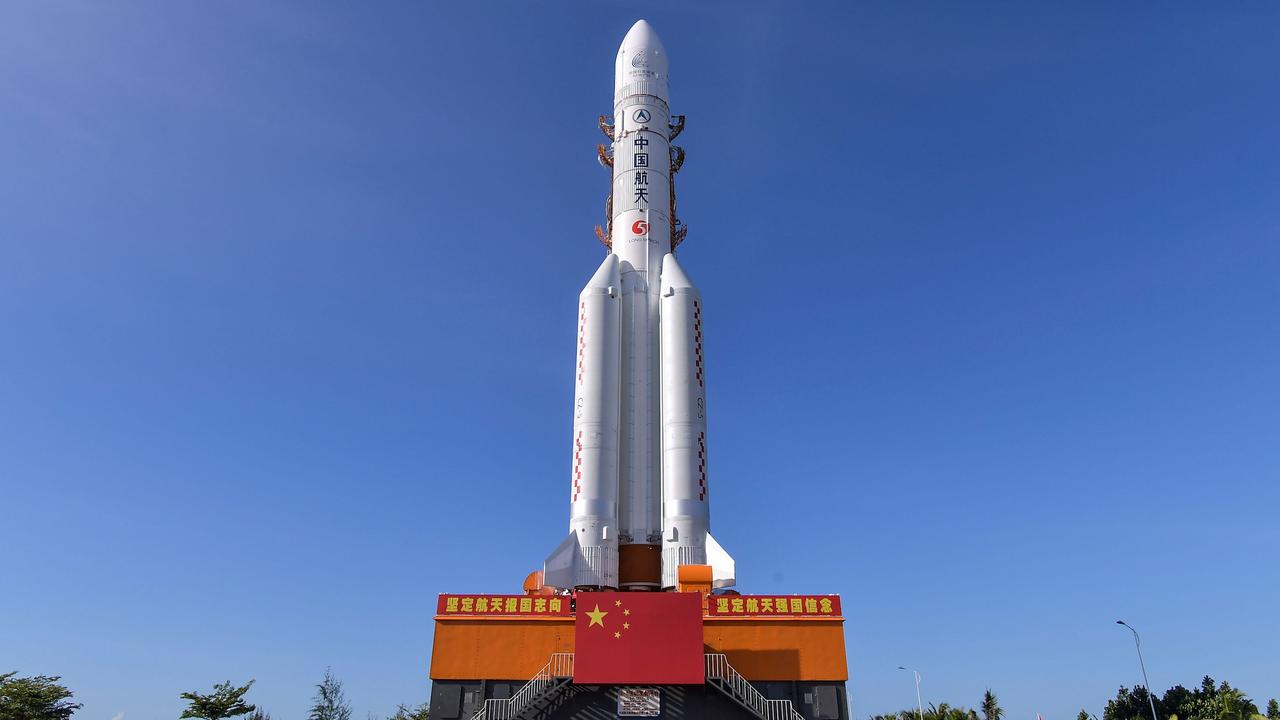 American asteroid tracker Bill Gray and US space observers now believe the space debris came from a Chinese Long March rocket like this one. Picture: STR/AFP/China OUT

However, US observers believe the rocket segment that re-entered Earth’s atmosphere and burned up was actually part of a rocket from another Chinese mission in 2020.

The US Space Command, which tracks lower space junk, confirmed on March 1 that its database showed the rocket upper stage from the 2014 Chinese lunar mission never re-entered Earth’s atmosphere.

But it could not confirm the country of origin for the object about to strike the moon.

And a University of Arizona team also recently identified the Chinese Long March rocket segment from the light reflected off its paint during telescope observations of the space junk.

Astronomer Jonathan McDowell, from the Harvard and Smithsonian Center for Astrophysics, said the collision would have little affect, adding it was possible similar impacts had taken place unnoticed over many decades.

“Now we’re picking up a couple of them … but a lot of them we’re not finding and so they’re not there any more.

“Probably at least a few of them hit the moon accidentally and we just didn’t notice.” An artist’s impression of the Lunar Reconnaissance Orbiter spacecraft that will be out of range when the space junk hits but will monitor the effects of the collision. Picture: NASA

The moon already bears countless craters, ranging up to 2500km in size. With little to no real atmosphere, the moon is defenceless against the constant barrage* of meteors and asteroids, and the occasional incoming spacecraft, including a few intentionally crashed for science’s sake. With no weather, there’s no erosion and so impact craters last forever.

China has a lunar lander on the moon’s far side, but it will be too far away to detect the March 4 impact just north of the equator.

NASA’s Lunar Reconnaissance Orbiter will also be out of range, but will monitor the moon’s Exosphere* for any changes as a result of the impact.

CLASSROOM ACTIVITIES
1. Write a List
Why do you think scientists would crash spaceships on purpose? Write a list of all the reasons why this would be a useful thing to study.

2. Extension
Create a design for a system that will track and capture space junk so that it can be brought back to earth to be recycled or safely disposed of. Use your imagination! You have an unlimited budget. Include a written description of your system and how it will work.

They can be used for a variety of effects: to add more detail, to add humour, to connect with the reader etc. For example: My little brother, (the funniest kid I know) got himself into big trouble today.