A long-exposure image of the night sky on May 7, 2013, during eta Aquariids. Picture: Grant Schwartzkopff

Ancient debris* from Halley’s comet will zoom across the night sky this week, creating the second meteor shower in a fortnight.

The eta Aquariid* meteor shower is expected to peak on Tuesday and Wednesday (but it’s worth looking all this week) and you could see up to 20 meteors an hour zoom through the early morning sky.

Luckily for us, the best place on Earth to see the twice-yearly show is in the Southern Hemisphere.

Viewers would also be treated to the sight of Mars, Jupiter and Saturn, plus the constellation* Scorpius, at the same time.

“If you’re up between 3am and 5am you will see the planets in the east and Scorpius straight up at 3am and towards the eastern sky by 5am,’’ he said.

“You can look anywhere in the sky for meteors, although they will come from the east.

“You’ll need to be patient because you could see one, then another and another, and then nothing for a while.’’ 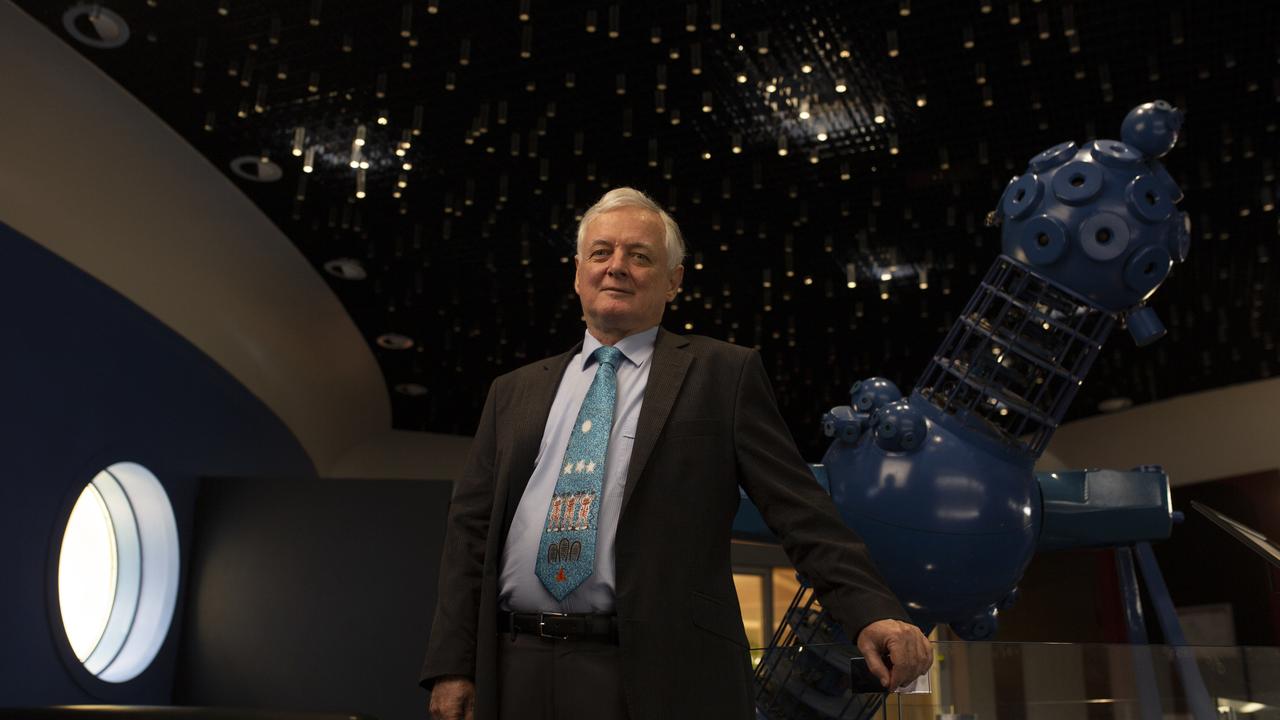 Planetarium curator and astronomer Mark Rigby said no binoculars or telescopes were needed to see the meteors this week.

The eta Aquariids occur when Earth passes through the stream of debris left behind by Halley’s comet, which takes 76 years to obit the Sun and was last visible in Earth’s skies in 1986.

Earth also passes through the Halley’s comet debris trail each year in October, an event called the Orionids because at that time the meteors appear to be coming from the direction of the constellation Orion.

“The meteors move very quickly – 66km/sec – and the glowing light you see isn’t from the tiny grain of rock itself, but actually from the white-hot compressed air in front of it,’’ Mr Rigby said.

“You’ll know you’ve spied an eta Aquariid meteor if you trace that glowing streak backwards and it appears to come from the same point as other meteors.”

Halley’s comet was the first comet predicted to return, by Edmond Halley, making its appearance in 1758 — 16 years after Halley’s death.

It’s the most famous of all comets and isn’t expected to return to Earth’s vicinity* until 2061. Halley’s comet, which is responsible for the eta Aquariid meteors, as seen in March 1986. Picture: Martin George

The dazzling “Swan” is so bright it can be seen without a telescope as it flies past Earth at an average distance of 120 million kilometres.

It’s astonishingly bright for a space object, giving off a greenish glow trailed by a long, blue tail.

Swan is expected to be visible at night until late May, coming closest to Earth on May 13.

The Southern Hemisphere is expected to get the best view.

If you need help finding it there are lots of free astronomy apps to choose from to use on a smartphone or tablet.

Lyrid meteor shower to light up the night sky

Meteor shower lights up the sky

CLASSROOM ACTIVITIES
1. Draw a diagram
Divide your page into two.

In one section, draw a labelled diagram of a meteor from the eta Aquariid.

Include when we are likely to see them and the direction they will come from.

In the second section, draw a labelled diagram of the Swan comet.

Include the details of how far it is from Earth and when it can be seen.

2. Extension
This article is full of technical language.

Make a list of the ‘technical words’ you can find in this article. (Words that wouldn’t be used in an article about another topic) Some of these will be defined in the glossary.

Choose 5 of these words. If there are some not defined, use a dictionary or online source to find and record a definition for them. If they are in the glossary, read their meaning and make sure you understand it. Use the 5 words you chose in another sentence to show you understand what they mean.

HAVE YOUR SAY: What would you like to see in the night sky?
No one-word answers. Use full sentences to explain your thinking. No comments will be published until approved by editors.