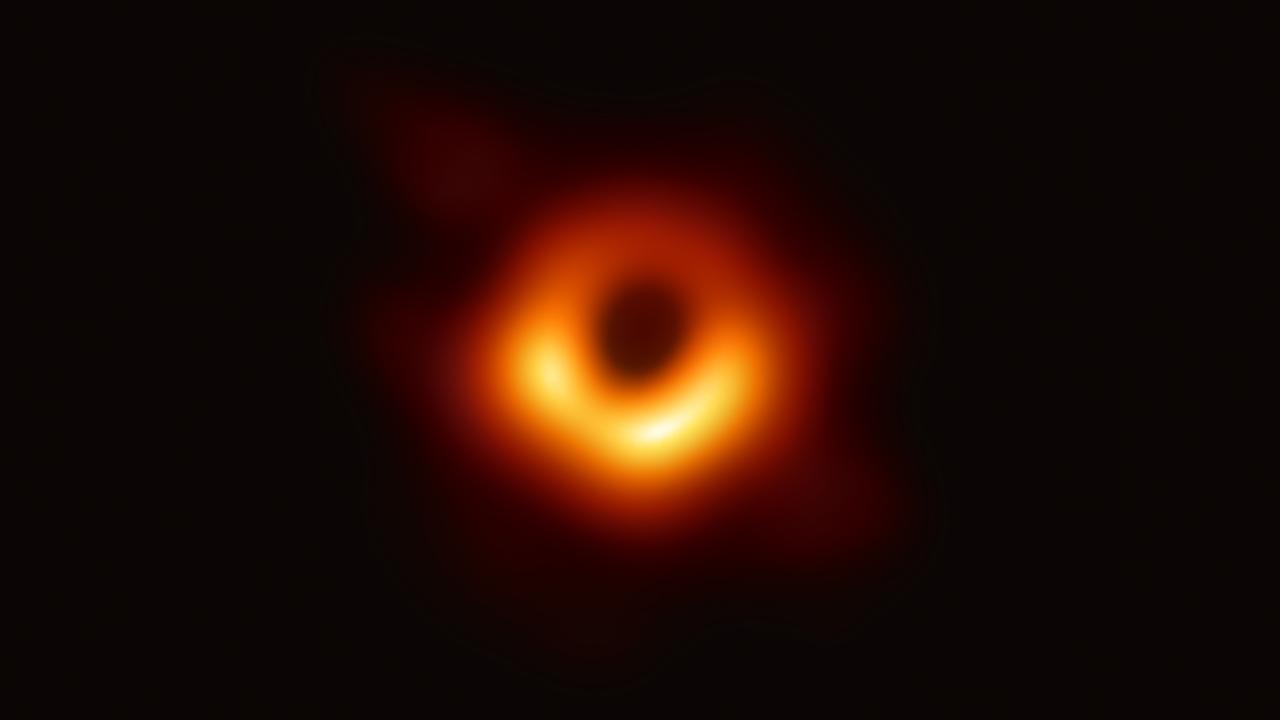 Scientists have revealed the world’s first photograph of a black hole, one of the star and light-swallowing monsters scattered throughout our universe and usually blocked to our vision by shields of gravity*.

The image of a dark centre surrounded by a flame-orange halo of white-hot plasma* looks like any number of artists’ drawings over the past 30 years.

But for the first time, it’s the real thing.

“We have seen what we thought was unseeable. We have seen and taken a picture of a black hole,” said Sheperd Doeleman, Event Project Horizon project director at Harvard University. “This is an extraordinary scientific feat* accomplished by a team of more than 200 researchers,”  he said. Carlos Moedas, European Commissioner for Research, Science and Innovation described capturing the photograph as a “huge breakthrough for humanity*”.

The term “black hole”, which was created in the mid-60s by US physicist* John Archibald Wheeler, refers to a point in space where matter is so dense as to create a gravity field from which nothing can escape. That means stars, planets, gas, dust, all forms of electromagnetic radiation* and light are all sucked into the black hole forever.

The supermassive black hole captured by this team using a far-away network of radio telescopes is 50 million light years* from Earth at the centre of a galaxy known as M87.

“It’s a distance that we could have barely imagined,” Frederic Gueth, an astronomer* at France’s National Centre for Scientific Research and co-author of studies detailing the findings, said.

Capturing the image at such a distance is like snapping a photograph of a pebble on the Moon, the scientists said.

Over several days in April 2017, eight radio telescopes in Hawaii, Arizona, Spain, Mexico, Chile, and the South Pole zeroed in on the black hole.

Joined together, they formed a virtual observatory about 12,000km across — roughly the diameter of Earth. 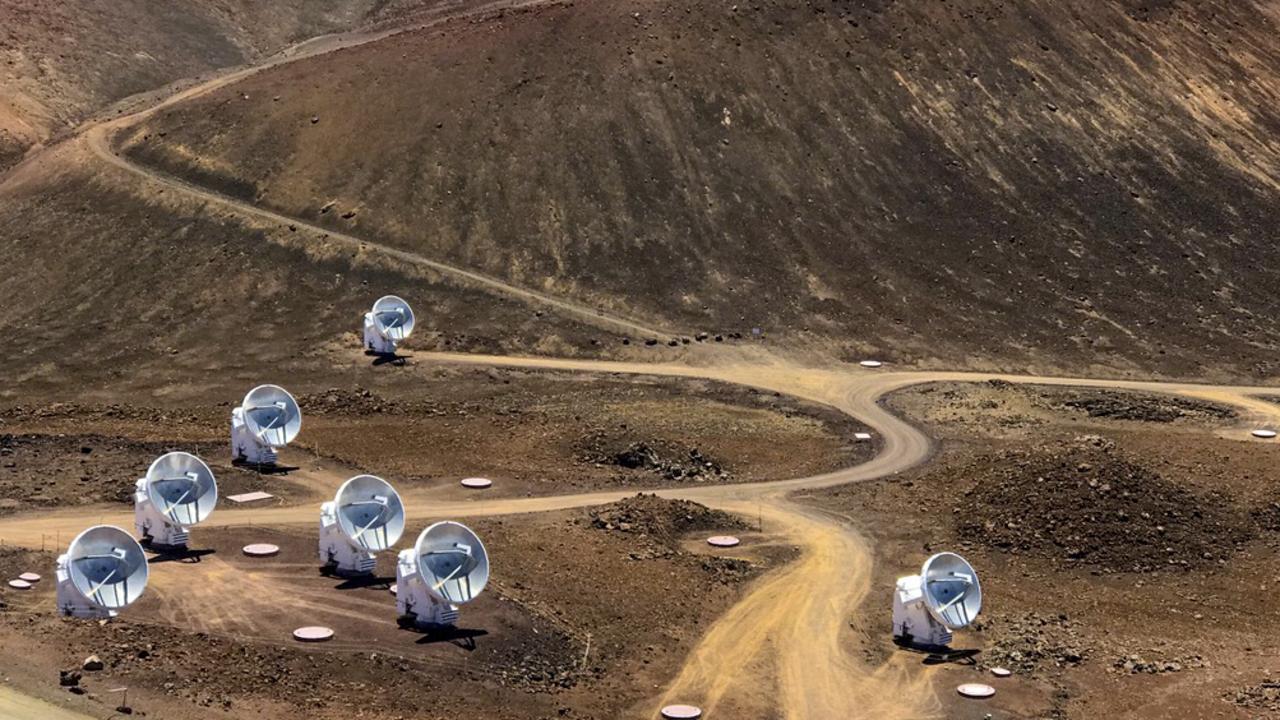 Part of the Event Horizon Telescope network on the summit of Mauna Kea in Hawaii. Picture: Maunakea Observatories via AP

“Instead of constructing a giant telescope that would collapse under its own weight, we combined many observatories,” Michael Bremer, an astronomer at the Institute for Millimetric Radio Astronomy in Grenoble, said.

“The data is like an incomplete puzzle set,” explained team member Monika Moscibrodzka, an astronomer at Radboud University. “We only see pieces of the real true image (from each telescope), and then we have to fill in the gaps of the missing pieces.”

Mr Gueth said it was amazing when the clear picture of M87 emerged.

“What we see in the image is the shadow of the black hole’s rim — known as the event horizon, or the point of no return — set against the luminous accretion* disk,” Mr Gueth said.

The history-making image — so often imagined in science and science fiction — has been analysed in six studies co-authored by 200 experts from 60-odd institutions and published in Astrophysical Journal Letters.

“I never thought that I would see a real one in my lifetime,” said astrophysicist* Jean-Pierre Luminet, author in 1979 of the first digital simulation of a black hole.

SUPERMASSIVE BLACK HOLES
Black holes, which come in a variety of sizes, are extraordinarily dense entities formed when massive stars collapse at the end of their life cycle.

Supermassive black holes are the largest kind, swallowing matter and radiation and perhaps merging with other black holes.

2. Extension
The Nobel Prize for physics is one of the most important ways that scientists are rewarded for doing incredible and groundbreaking work. Do you think that the Event Horizon Telescope Project deserves the Nobel Prize? Write a report to the Nobel Prize Committee that gives all of the reasons why the EHT project should win this prize. Make your report convincing by giving lots of details abut the project.

HAVE YOUR SAY: Does the photograph of the black hole look like you expected it to? Explain why or why not.
No one-word answers. Use full sentences to explain your thinking. No comments will be published until approved by editors.