The International Space Station currently has seven astronauts on board who were forced to take evasive action after the Russian missile strike destroyed one of its own satellites. The debris cloud has created an international political storm here on Earth. Picture: NASA/AFP

Russia has admitted blowing up one of its satellites during a missile test, causing a space junk storm that had the International Space Station (ISS) on high alert. But it denied endangering astronauts on board the station.

The international space community has criticised Russia for conducting what the US called the “dangerous and irresponsible” weapons test, but Russia maintains the targeted strike posed no threat to the station.

However, NASA rejects this assessment and repeated Thursday that there remained increased risk to the facility and astronauts from the orbiting debris.

Russian spacecraft Tselina-Dsince had orbited Earth since 1982. After the Russian defence ministry first announced that the satellite had been destroyed, Russia’s Defence Minister Sergei Shoigu was quoted by Russian news agencies as saying: “The fragments that formed do not pose any threat to space activity”.

But the explosion created a debris* cloud that forced the International Space Station’s crew to take evasive* action.

The crew aboard the space station — currently four Americans, a German and two Russians — had to take shelter in their return ships, the standard “safe haven” alarm procedure in the event of an emergency that might force evacuation*. 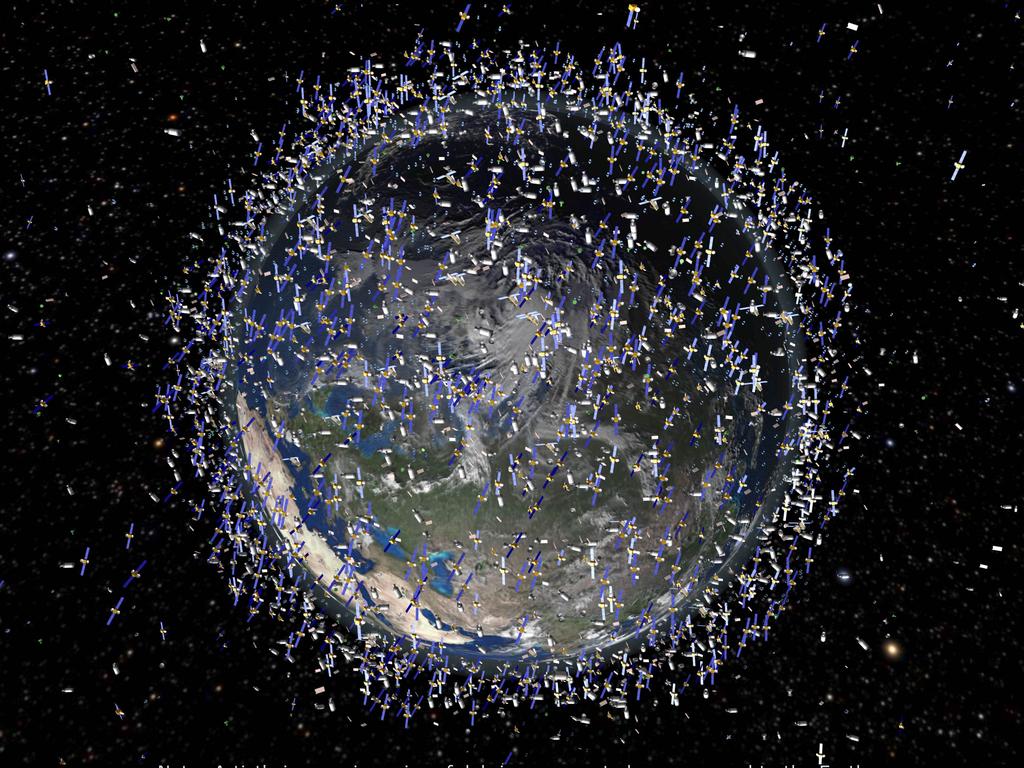 This 2011 artist’s impression released by the European Space Agency shows the debris field in low Earth orbit, which extends to 2000km above the Earth’s surface. The destroyed Russian satellite has added at least 1500 new pieces of space junk. Picture: AFP

As a result of the explosion, there are at least 1500 new pieces of space junk orbiting the planet at high speed. Hundreds of thousands of smaller pieces of orbital debris could be created in the future.

“Over the next few weeks we will be able to establish high fidelity* tracking on this debris, which will help provide vital space surveillance* for secure and safe operations in space,” said LeoLabs Australia Managing Director and former Air Commodore Terry van Haren.

“If a deliberate act, this would be a very irresponsible action by the Russian Federation. At an altitude of 480km … (the) debris field will pose a significant risk to all operators for decades to come, including the International Space Station, which sits at 420km and Starling at 540km.

“It is probably at the worst altitude you could imagine, above the ISS at 420 km and just under where the mega-constellations* are setting up. What were they thinking?” 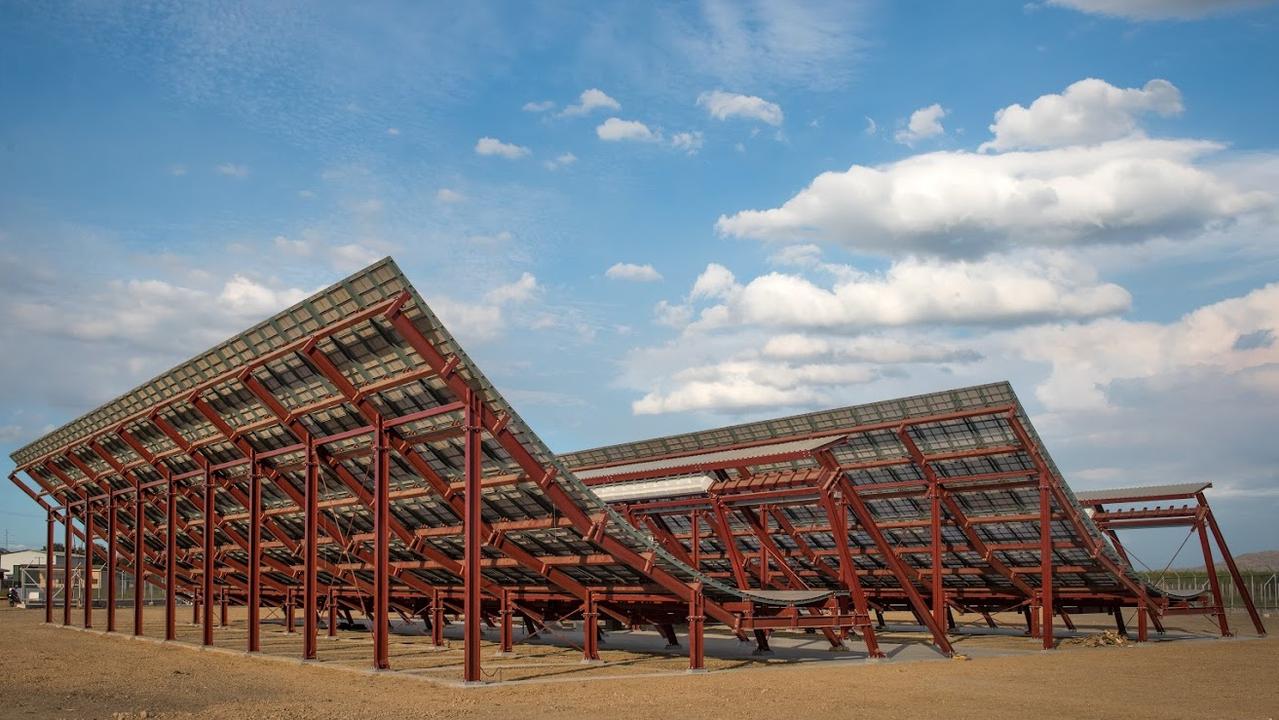 In other words, the debris is dangerously close to the altitude of the famous space station. The ISS could be threatened every 93 minutes, according to Seradata, and it is likely the debris will be orbiting Earth for at least 10 years.

The Russian weapon was only the fourth ever missile to hit a spacecraft from the ground.

In a Pentagon briefing, spokesman John Kirby told reporters the US didn’t receive advance notice of the strike and US Secretary of State Antony Blinken gave Russia a verbal blast in response.

“We condemn Russia’s reckless test of a direct-ascent anti-satellite missile against its own satellite, creating space debris that risks astronauts’ lives, the integrity of the International Space Station, and the interests of all nations,” he said. 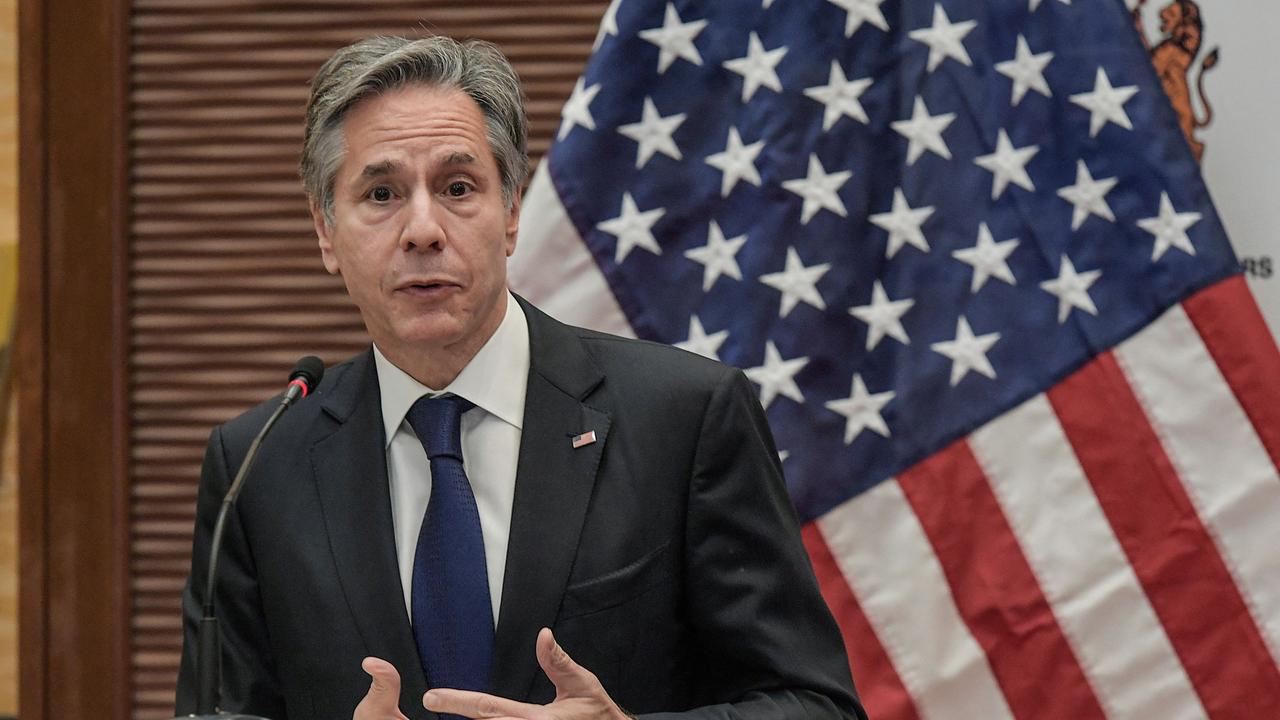 US Secretary of State Antony Blinken, pictured in Nairobi, Kenya, on November 17, has roundly criticised the Russian weapons test in space. Picture: AFP

The move reignites concerns about the growing space arms race, from the development of satellites capable of booting others out of orbit to laser weapons. In his strongly-worded remarks, Secretary Blinken said the danger was far from over.

“The long-lived debris created by this dangerous and irresponsible test will now threaten satellites and other space objects that are vital to all nations’ security, economic, and scientific interests for decades to come,” he said.

“Russia, despite its claims of opposing the weaponisation of outer space, is willing to jeopardise* the long-term sustainability of outer space and imperil* the exploration and use of outer space.”

The United States was discussing its response with partners, Secretary Blinken added.

“The feeling among people in the space industry is that we have way too much debris up there already — to deliberately generate more is just inexcusable,” he said.

There are currently more than 4500 satellites whizzing around the planet, according to the Union of Concerned Scientists, with companies like SpaceX planning to launch up to tens of thousands more, as the private space industry experiences rapid growth.

Russia is increasingly flexing its muscles in space as it seeks to reassert global influence under the leadership of Vladimir Putin. 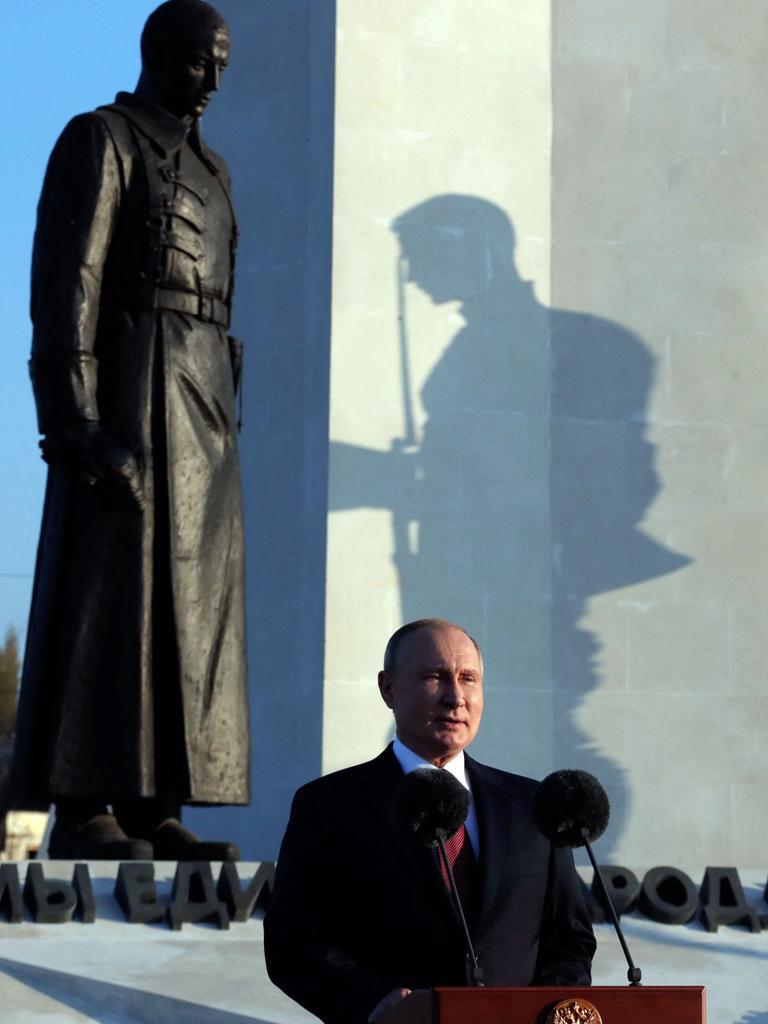 Under the leadership of Russian President Vladimir Putin, the Soviet Union is increasingly flexing its muscles in space. Picture: AFP

“China and Russia are increasingly building space into their military capabilities,” Director of National Intelligence Avril Haines said at a space seminar in Washington last week.

Despite these tensions, the United States and Russia have maintained strong space ties since the end of the Cold War, co-operating closely on the ISS, which they built together.

NASA administrator Bill Nelson said he was “outraged” by the missile test.

“With its long and storied history in human spaceflight, it is unthinkable that Russia would endanger not only the American and international partner astronauts on the ISS, but also their own cosmonauts” as well as taikonauts aboard the Chinese space station, Mr Nelson said in a statement.

2. Extension
Do you think that countries have the right to do whatever they want in space? Why or why not? What should the rules be? Explain your answer.