Neil Armstrong took this photo of Buzz Aldrin on July 20, 1969, on the moon’s Sea of Tranquillity. Picture: AFP/NASA

NASA is about to open a locked vault containing pristine* treasures Neil Armstrong and Buzz Aldrin collected from the moon 50 years ago.

The vault is at Johnson Space Center in Houston in the US in a restricted-access laboratory. Few people have seen the hundreds of kilograms of rocks inside and fewer still have touched them.

But now, NASA is ready to let geologists* use 21st-century technology to do tests not invented in 1969.

The vault opening coincides* with the 50th anniversary of the first lunar landing.

“It’s sort of a coincidence that we’re opening them in the year of the anniversary,” explained NASA’s Apollo sample curator* Ryan Zeigler, covered head to toe in a white protective suit with matching fabric boots and gloves so he doesn’t contaminate the laboratory or the samples. The anniversary of Neil Armstrong and Buzz Aldrin’s feat is nearly here. Their lunar module Eagle landed on July 20, 1969 on the moon’s Sea of Tranquillity.

Dr Zeigler’s job is to preserve the 382kg of lunar samples the 12 moonwalkers brought back from lunar landings from 1969 to 1972 and ensure scientists get the best possible samples for study.

Some of the soil and bits of rock were vacuum-packed on the moon and never exposed to Earth’s atmosphere. Others were frozen or stored in helium gas following splashdown and then left untouched. The lab’s staff is now trying to figure out how best to remove the samples from their tubes and other containers without contaminating or spoiling anything. They’re practising with mock-up equipment and pretend lunar dirt.

“We can do more with a milligram than we could do with a gram back then. So it was really good planning on their part to wait,” Dr Zeigler said. A rock of lunar soil, 3.2 billion years old and collected by Apollo 15, is displayed in a pressurised nitrogen-filled case inside the lunar lab at the NASA Johnson Space Center. Picture: AP

The lunar sample lab has two side-by-side vaults: one for rocks still in straight-from-the-moon condition and a smaller vault for samples previously loaned out for study. About 70 per cent of the original haul is in the pristine sample vault, which has two combinations* and takes two people to unlock. About 15 per cent is in safekeeping at White Sands in New Mexico, US. The rest is used for research or display. Of the six manned moon landings, Apollo 11 yielded* the fewest lunar samples: 22kg. It was the first landing by astronauts and NASA wanted to minimise their on-the-moon time and risk. What’s left from this mission — about three-quarters after scientific study, public displays and goodwill gifts to all countries and US states in 1969 — is mostly kept at room temperature.

Neil Armstrong was the primary rock collector and photographer. Buzz Aldrin gathered two core samples just beneath the surface during the 2.5-hour moonwalk. All five Apollo moon landings after the first had longer stays. The last three — Apollo 15, 16 and 17 — had rovers that significantly upped the sample collection and coverage area.

Dr Ziegler said that by studying the Apollo moon rocks scientists have determined the ages of the surfaces of Mars and Mercury and established that Jupiter and the solar system’s other big outer planets likely formed closer to the sun and later migrated outward.

“So sample return from outer space is really powerful about learning about the whole solar system,” he said. The Genesis Rock, a 4.4 billion-year-old anorthosite rock, approximately 5cm in length, brought back by Apollo 15 and used to determine the moon was formed by a giant impact. Lacey Costello, an Apollo sample curation processor, works with other samples nearby. Picture: AP

Andrea Mosie, who’s worked with the Apollo moon rocks for 44 years and was a high school intern at Johnson Space Center in July 1969, remembers the printed photos and handwritten notes once accompanying each sample. She sometimes gets emotional when talking to children about the moonshots and does her best to dispel* any idea that the rocks aren’t from the moon and the lunar landings never happened.

“The samples are right here and they’re still in a pristine state,” she assures young sceptics*.

Most of the samples to be loaned out over the next year were collected in 1972 during Apollo 17, the only visit to include a geologist, Harrison Schmitt. He occasionally visits the lunar sample lab and plans to help open the fresh specimens*. The nine US research teams selected by NASA to test the samples will receive varying amounts.

“Everything from the weight of a paperclip, down to basically so little mass you can barely measure it,” Dr Zeigler said.

Especially tricky will be extracting the gases that were trapped in the vacuum-sealed sample tubes. The lab hasn’t opened one since the 1970s.

“If you goof that part up, the gas is gone. You only get one shot,” he said.

The lab’s collection is divided by mission, with each lunar landing getting its own cabinet with built-in gloves and stacks of stainless steel bins filled with pieces of the moon. Apollo 16 and 17, responsible for half the lunar haul, get two cabinets each. 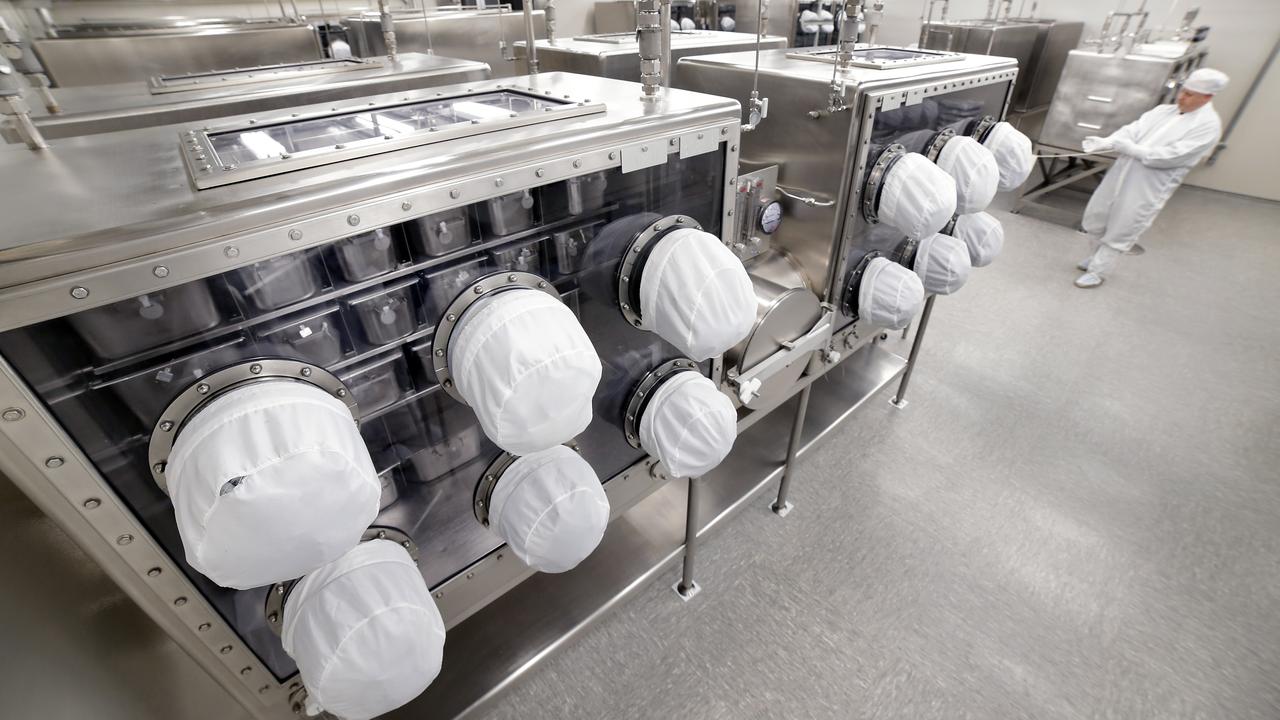 The total Apollo inventory now exceeds 100,000 samples as some of the original 2200 were broken into smaller pieces for study.

After decades of flip-flopping between the moon and Mars as the next big astronaut destination, NASA aims to put astronauts on the lunar surface again by 2024.

US President Donald Trump often talks about the importance of going to Mars. But the scientific consensus* is that the moon is an important proving ground for future human space exploration because it is relatively close to home — only 386,000km or two to three days away.

Sample processor Jeremy Kent is hopeful that “we will get some more samples here in the lab to work on.”

For more features on the 50th anniversary of the Moon landing visit kidsnews.com.au/education-kits

CLASSROOM ACTIVITIES
1. Write a journal entry
What a responsibility! With such precious and irreplaceable samples, it would be a huge responsibility to be in charge of organising this new study.

Imagine you are in charge of this project. How are you feeling on the morning you are about to begin? Write a journal entry explaining your feelings before the big day. What have you done to make sure everything will be fine?

Write a second journal entry, after the tests are completed and everything went well. How are you feeling now?

We hope that nothing does go wrong and the geologists are able to complete their studies and find out new and helpful information about our solar system. But it would make for a great narrative if something went wrong when they opened the vault. Maybe something went wrong with the equipment and the samples were spoiled? Maybe they were not there? Maybe the rocks were not really rocks, but were aliens that have been sleeping in the vault waiting to be released!

Use these ideas or one of your own and write a narrative about the day the vault is opened. Remember a narrative has an interesting opening, a complication/problem, a resolution and a conclusion. Use lots of interesting vocabulary to make your story seem real to your audience.

VCOP ACTIVITY
The Discovery of A Lifetime
Create a breaking news story from the Johnson Space Center about the discovery of a lifetime. What might have they discovered using the rock samples? How does this change things? Who made the discovery, when and how? You can use the headline Discovery of a Lifetime, or create your own to capture the audience’s attention.

Use your VCOP to create the writer’s voice and make your story even more powerful!

HAVE YOUR SAY: What about the lunar landings interests you most? Would you like to have been on an earlier mission or go in the future? Or would you prefer Mars?
No one-word answers. Use full sentences to explain your thinking. No comments will be published until approved by editors.