NASA personnel was onsite in the building of the NT’s Arnhem Space Centre to install the launch arm in order to send rockets into space later this month and into July. Picture: Amanda Parkinson

At a press conference in the NT parliament on Wednesday, Prime Minister Anthony Albanese appeared beside Chief Minister Natasha Fyles and Territory Labor’s federal parliamentarians to announce new details about the suborbital* launches from the new Arnhem Space Centre in remote Northern Australia. 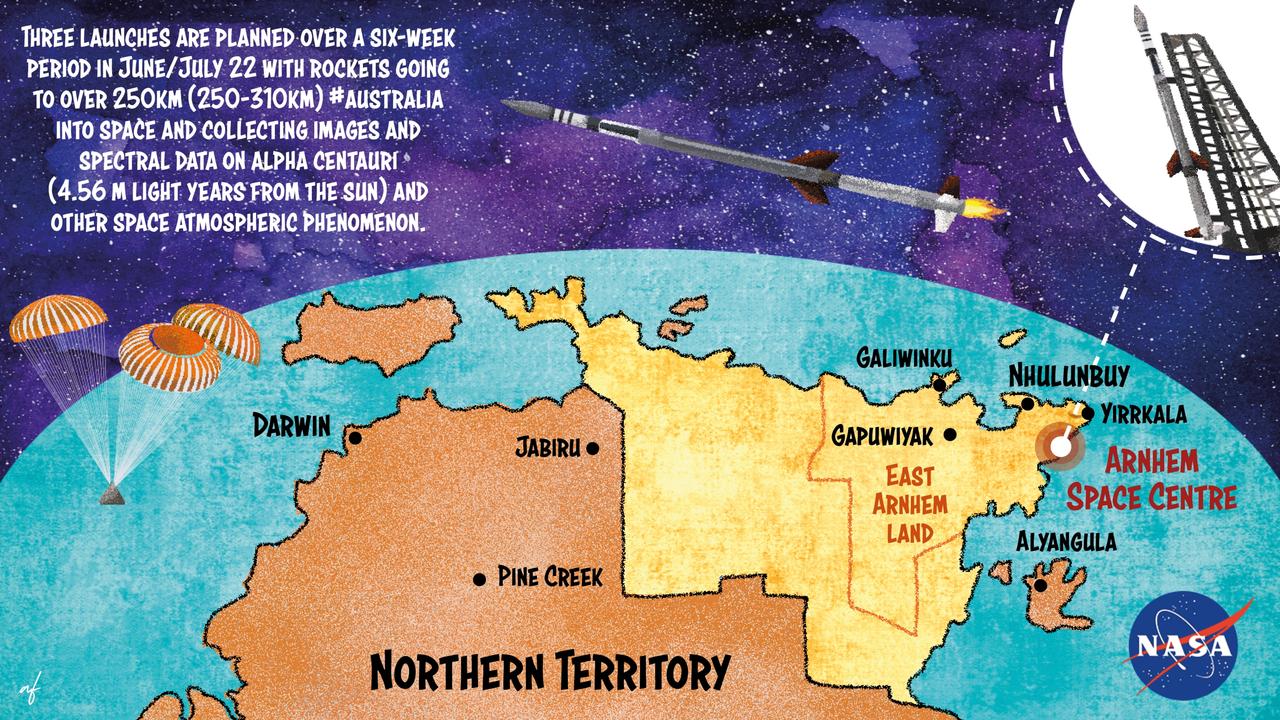 The new Arnhem Space Centre in the NT will be the launch site for three NASA rockets lifting off in June and July. Picture: Abi Fraser

The three NASA rockets will be launched between June 26 and July 12, and will study the stars closest to our solar system, interstellar* space and rays of light from distant suns.

The project has the support of traditional owners and operator Equatorial Launch Australia (ELA) hoped the centre could one day support up to 50 launches a year.

“This is about not just the rocket launches itself, but it’s about sending a message to younger Australians and indeed, Australians of any age who might be looking at retraining for future careers, of how important science is,” Mr Albanese said.

“We want the next generation to really look at STEM as part of Australia’s future. And that’s why this is an important project.” The PM said NASA’s involvement in the launches “should be something of pride for all Australians”.

“We can trace Australia’s celebrated connection to the space industry back to the 1950s,” Mr Albanese said. “As a nation we have to build on that legacy. This project will bring together global and local industry to take Australia’s space sector into a new era.” 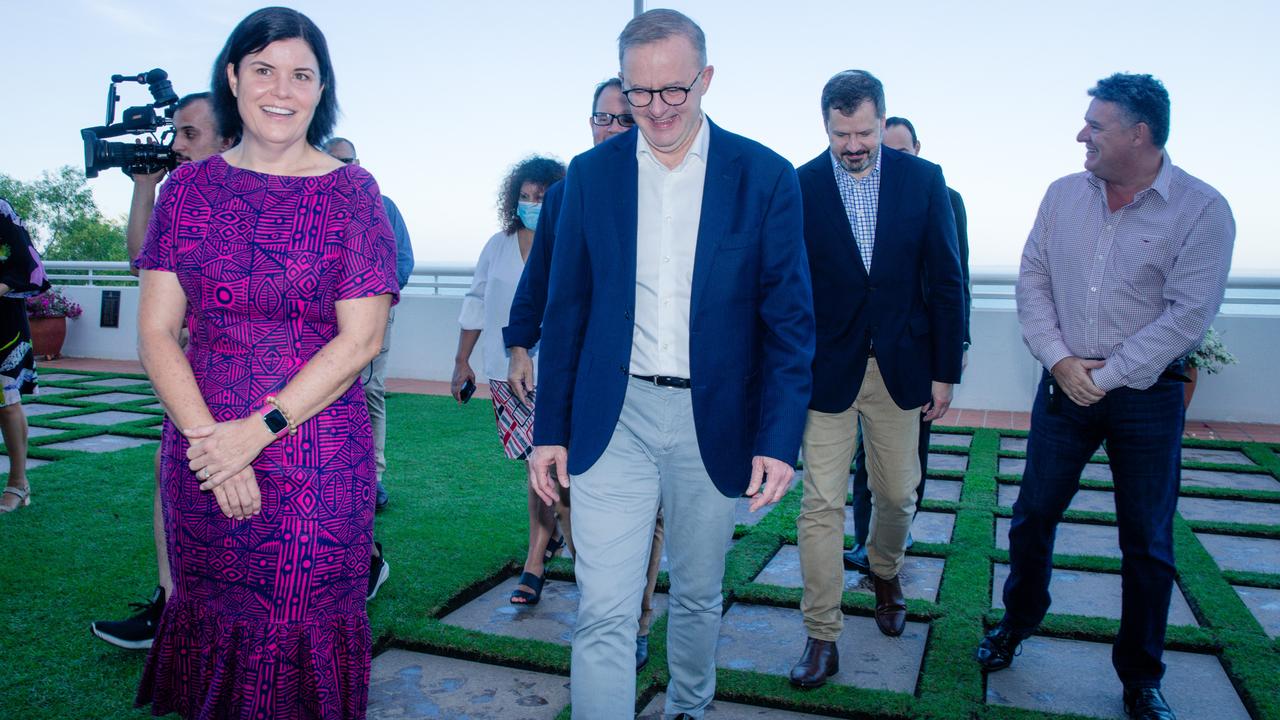 Ms Fyles said the three launches later this month and into July were “an exciting project”.

“We have backed it since its inception*, and it is showing that the Northern Territory is a key part of the future, particularly for investors in this new frontier,” she said.

“The Northern Territory government is committed to developing and diversifying* the Territory economy.”

Around 75 NASA personnel* will be in Australia for the launches. The Arnhem Space Centre is on the Dhupuma Plateau near Nhulunbuy, on the lands of the Gumatj people.

The Arnhem Space Centre is located on the Dhupuma Plateau near Nhulunbuy, on the lands of the Gumatj people.

“NASA is adding capacity and rocketing East Arnhem Land into the global spotlight for investors — this will help our industry grow, create more jobs for locals and more opportunities for businesses,” she said.

Aussie weed could be turned into space food

CLASSROOM ACTIVITIES
1. Design a logo
Design a special NASA logo to go on the rockets launched from the Arnhem Space Centre. Your logo should reflect what is special and important about this launch.

2. Extension
Our Prime Minister, Anthony Albanese, talked about how important science is. Think about a typical day in your life. How does science help you every day? List as many things as you can think of.

Read and act three sentences before swapping with your partner.

Now ask your partner to read a sentence out loud while you try and act out the punctuation. Can you keep up? Swap over?

Try acting out two sentences – are you laughing yet?