NASA is offering people a chance to register as a virtual passenger aboard the Orion spacecraft for the Artemis I moon mission. Picture: NASA

NASA will let you send your name on a flight around the moon – and it’s free.

It’s the perfect treat for space fans who long to go to space … even if only in name.

The offer is to have your name saved on a flash drive* as part of the upcoming Artemis* I mission.

The launch is expected to take place in the next few months, although an exact date hasn’t been confirmed. The Artemis I Core Stage is transported to its new home in the vehicle assembly building. Picture: NASA

“Artemis I will be the first uncrewed* flight test of the Space Launch System rocket and the Orion spacecraft,” NASA said.

“The flight paves the way toward landing the first woman and the first person of colour* on the moon!”

It will feature your name and the details of the flight.

And you’ll get a QR code that lets you join NASA launches as a virtual* guest.

Of course, you’re not physically going to space.

But a representation* of you will be soaring around the moon, which is quite fun – and totally free. 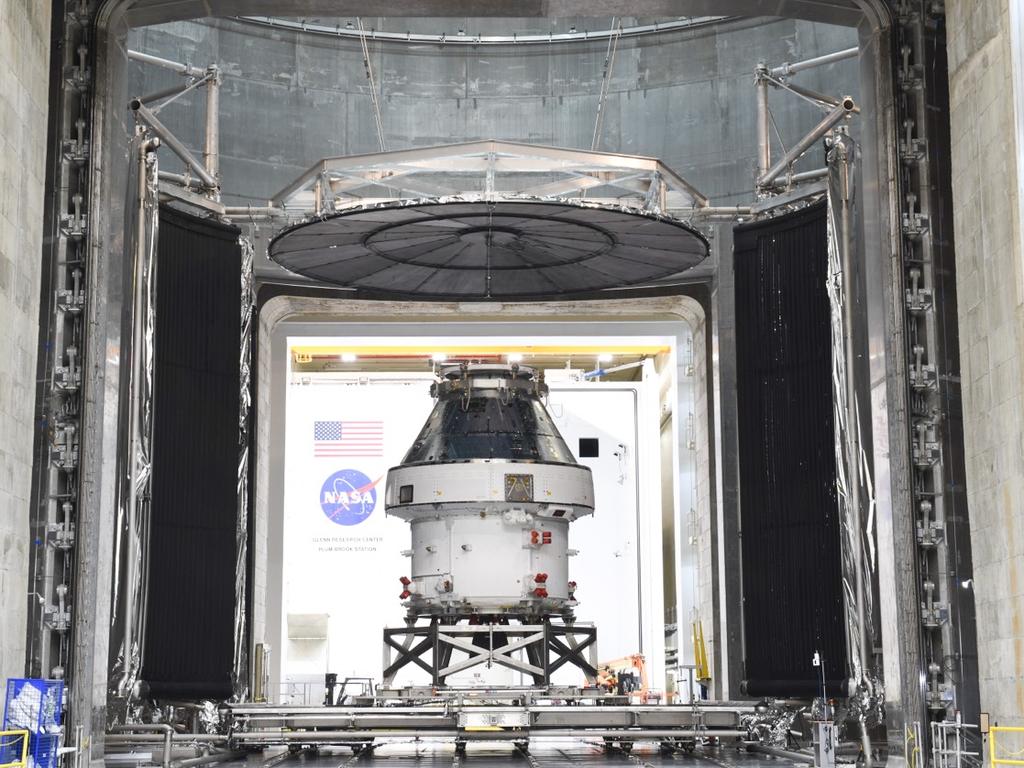 After four months of rigorous testing in the world’s top space simulation facility at NASA, the Orion spacecraft for the Artemis I mission is certified and one step closer to being ready for flight. Picture: NASA

“All eyes will be on the historic Launch Complex 39B when Orion and the Space Launch System (SLS) lift off for the first time from NASA’s modernised* Kennedy Space Center in Florida,” said NASA.

“The mission will demonstrate our commitment and capability to extend human existence to the moon and beyond.”

“Artemis I will be the first in a series of increasingly complex missions to build a long-term human presence at the moon for decades to come.” HOW TO SEND YOUR NAME AROUND THE MOON

You need to go to NASA’s official website for the Artemis mission. Head to nasa.gov/send-your-name-with-artemis/

You will need to enter your name and a custom PIN, which will generate your boarding pass.

The PIN needs to be four to seven digits.

Remember the PIN, as this will allow you access your boarding pass in the future. Your teacher might create a class directory of virtual “passengers” with each individual PIN, or ask an adult to create a NASA contact in their phone and record your PIN that way.

This article originally appeared on The Sun and was reproduced here with permission.

CLASSROOM ACTIVITIES
1. Boarding pass to the moon
Generate your own boarding pass to register your name on this flight by visiting the NASA website included in the article.

Now that you have your boarding pass, imagine that they have decided to make this a mission with crew members and are looking for an extra astronaut. A young person aged between eight and 18. Write down five convincing reasons why you should be chosen to go on this upcoming flight to the moon.

2. Extension
If possible, as a whole class watch the nearly 10 minute video about the Artemis I spacecraft at www.nasa.gov/experience-artemis-1

Write down three to five observations or questions that intrigue you the most about this new space mission:

VCOP ACTIVITY
We’re off to the moon!
Have you got your boarding pass yet? I have. Join me as we head to the moon on the upcoming Artemis I mission. Now, we have to pack light, just a small carry with five essential items and five special treat items only.

What ten things will you take with you and why?

Discuss your items with a partner before finalising your list.

Make sure you include why you are bringing the items as NASA will be completing a check before you board.