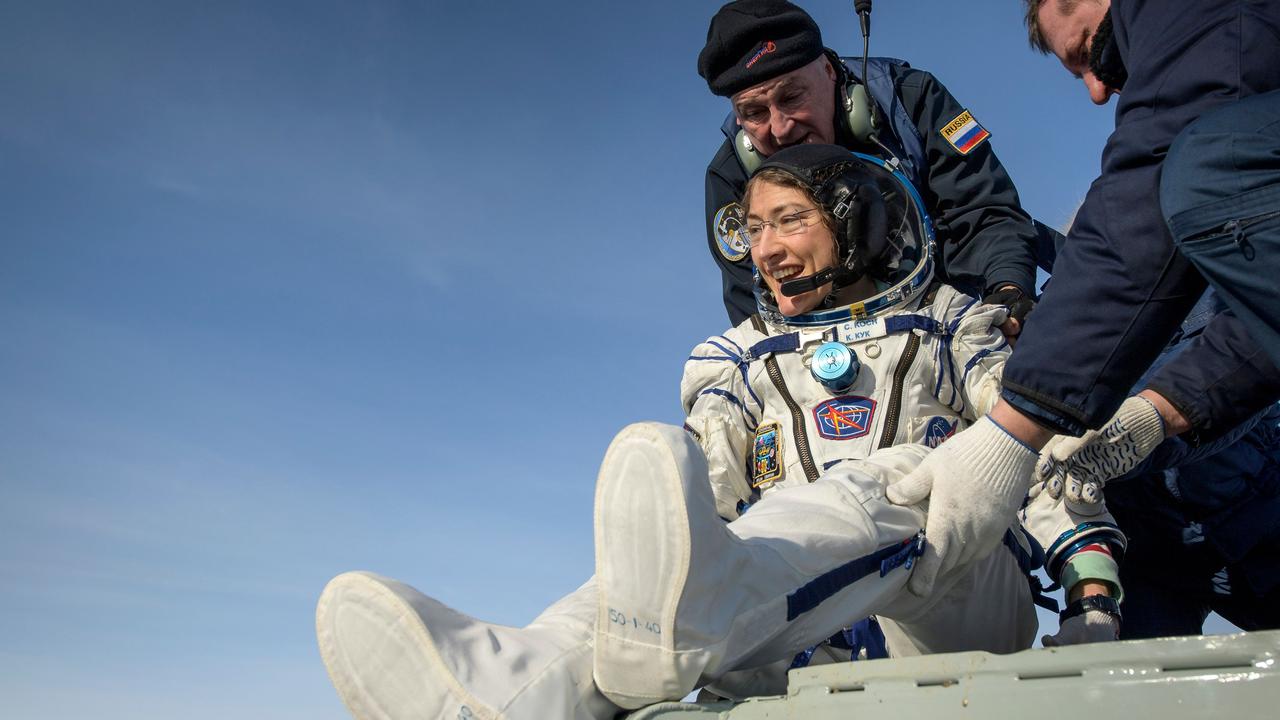 NASA astronaut Christina Koch as she is helped out of the space capsule on Friday. Picture: Bill INGALLS / NASA / AFP

NASA astronaut Christina Koch, who spent nearly 11 months in orbit* to set a record for the longest spaceflight by a woman, has landed safely back on Earth with her two International Space Station crewmates.

It is hoped the pioneering 328-day voyage by Koch, 41, will provide new insights into deep-space travel.

Koch was with Italian astronaut Luca Parmitano and Russian cosmonaut* Alexander Skvortsov when their space capsule* parachuted back to Earth in the Kazakh desert in Kazakhstan on Friday.

“I’m just so overwhelmed and happy right now,” Koch said, sitting in a chair wrapped in blankets as she waited to be carried into a medical tent to restore her balance in gravity*.

Space experts said the three astronauts were all in good shape. 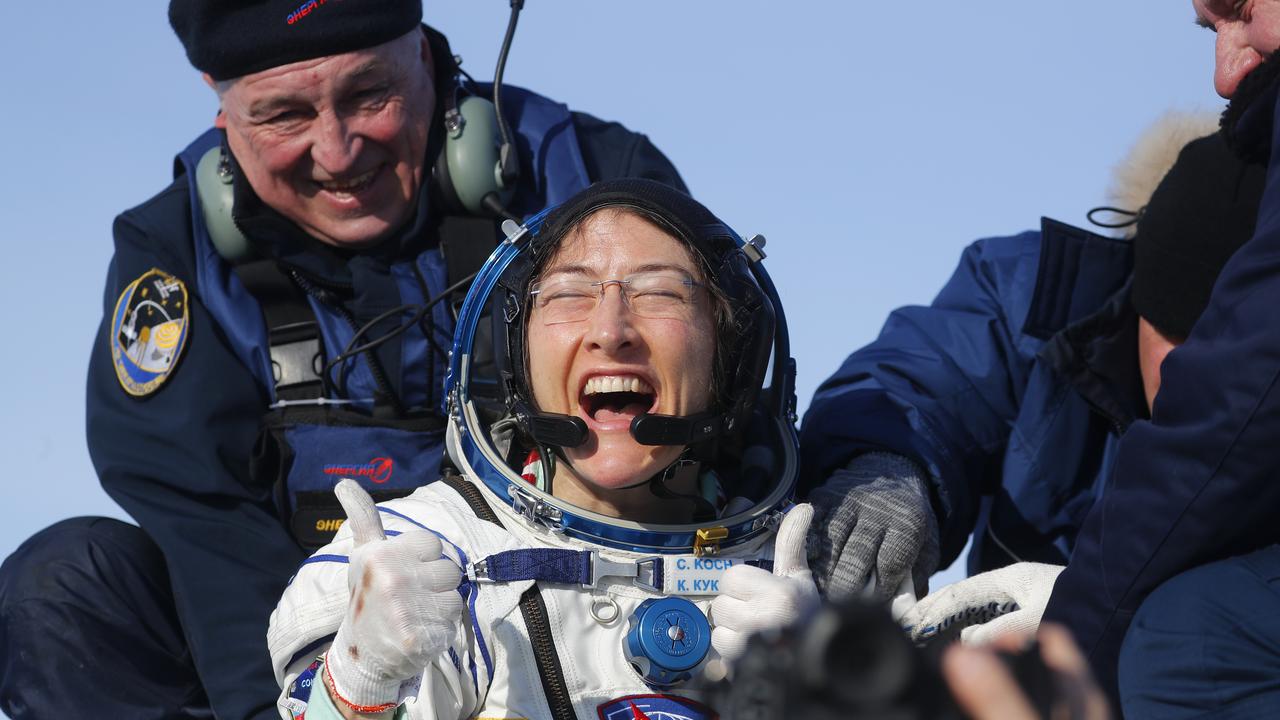 U.S. astronaut Christina Koch gives a thumbs up shortly after landing back on Earth. Picture: Sergei Ilnitsky/Pool Photo via AP

Koch’s mission broke the record for the longest stay in space by a woman, previously held by American Peggy Whitson.

That mission marked the first time two women stepped out of the space station at the same time and Koch said she hoped it “could serve as an inspiration for future space explorers”.

NASA’s first attempt at an all-female space walk was abandoned in March 2019 when it was discovered there were no spacesuits small enough to fit the women.

The wardrobe issue sparked a gender-equity* debate in the space community. That science, to be studied in the coming months, could prove useful for the US space agency’s aim of building a permanent space station on the moon within the next decade.

US astronaut Scott Kelly’s 340 days in orbit starting in 2015 demonstrated that long-term spaceflight has serious impacts on human health.

He was found to be suffering from a thickening of the carotid artery* and retina*, and slight memory problems. Launched into orbit last March, Koch’s mission was extended in April from its original span of six months to nearly a year after she was already aboard the station.

She sits fifth in the all-time longest spaceflight charts.

CLASSROOM ACTIVITIES
1. What’s that word?
You may have noticed the words astronaut and cosmonaut used in this news article and wondered if they are both the same thing … well, they are, sort of. Another alternative title for this occupation is taikonaut.

Can you find out:

2. Extension
Create a graph to visually represent the five longest spaceflights in history.

HAVE YOUR SAY: Could you spend almost a year in space on the International Space Station away from family and friends?
No one-word answers. Use full sentences to explain your thinking. No comments will show until approved by editors.