Knowing how to keep astronauts strong and healthy is important if take long trips in space, such as to Mars.

Bulked-up “mighty mice” held onto their muscle during a month-long stay at the International Space Station, returning to Earth with ripped* bodybuilder physiques*.

Study results hold promise for preventing muscle and bone loss in astronauts on long space trips such as Mars missions, as well as people on Earth who are confined to bed or need wheelchairs.

A research team led by Dr Se-Jin Lee of the Jackson Laboratory in Connecticut, US sent 40 young female black mice to the space station in December, launching aboard a SpaceX rocket.

In a paper published in the Proceedings of the National Academy of Sciences, Dr Lee said the 24 regular untreated mice lost up to 18 per cent muscle and bone mass in weightlessness as expected.

But the eight genetically engineered* “mighty mice”, which launched with double the muscle, maintained their bulk. Their muscles appeared to be comparable to similar “mighty mice” that stayed behind at NASA’s Kennedy Space Center.

In addition, eight normal mice that received “mighty mouse” treatment in space returned to Earth with dramatically* bigger muscles. The treatment involves blocking proteins* in the mice that can limit muscle mass. 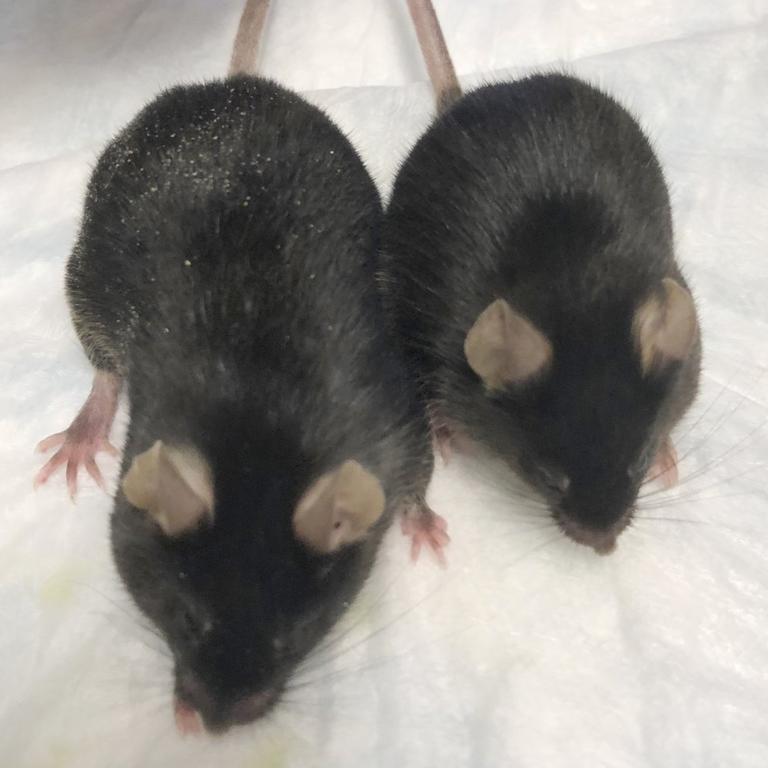 A “twice-muscled” mouse (left) and a normal mouse. Muscle-bound mice, similar to the one pictured, held onto their bodybuilder-type physiques during a one month space mission. Picture: Dr Se-Jin Lee/University of Connecticut School of Medicine via AP

A SpaceX capsule brought all 40 mice back in good condition, parachuting into the Pacific Ocean off the US west coast in January. Some of the ordinary mice were injected with the “mighty mice” drug after returning and quickly built up more muscle than their untreated companions, Dr Lee said.

The scientists completed the experiment just as the coronavirus was hitting the US.

“The only silver lining of COVID is that we had time to write it up very intensively” and submit the results for publication, said Dr Emily Germain-Lee of Connecticut Children’s Medical Center, who is also Dr Lee’s wife.

While encouraged by their findings, the couple said much more work needs to be done before testing the drug on people to build up muscle and bone, without serious side effects.

“We’re years away. But that’s how everything is when you go from mouse to human studies,” Dr Germain-Lee said. 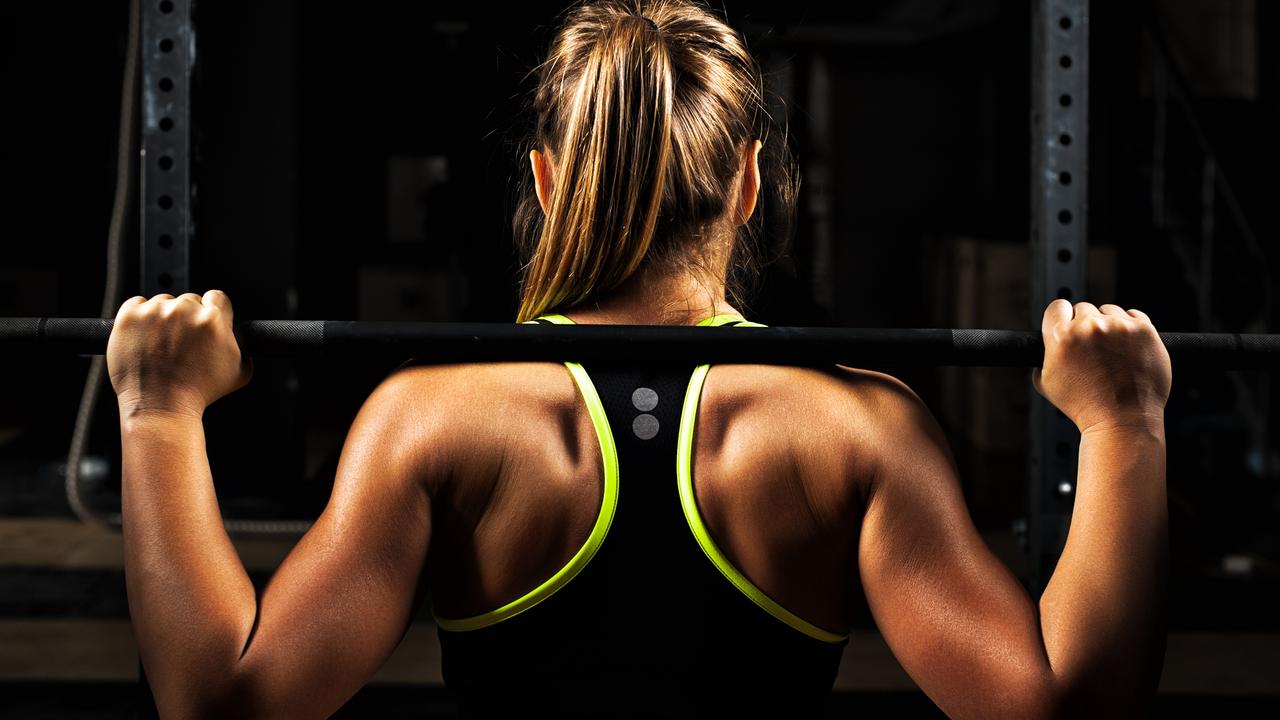 Weight training and weight-bearing exercise necessary to build and maintain muscle and bone density doesn’t work in space with reduced gravity, like it does on Earth.

Dr Lee said the experiment pointed out other molecules* and signalling pathways worth investigating — “an embarrassment of riches … so many things we’d like to pursue.”

His next step: possibly sending more “mighty mice” to the space station for an even longer stay. 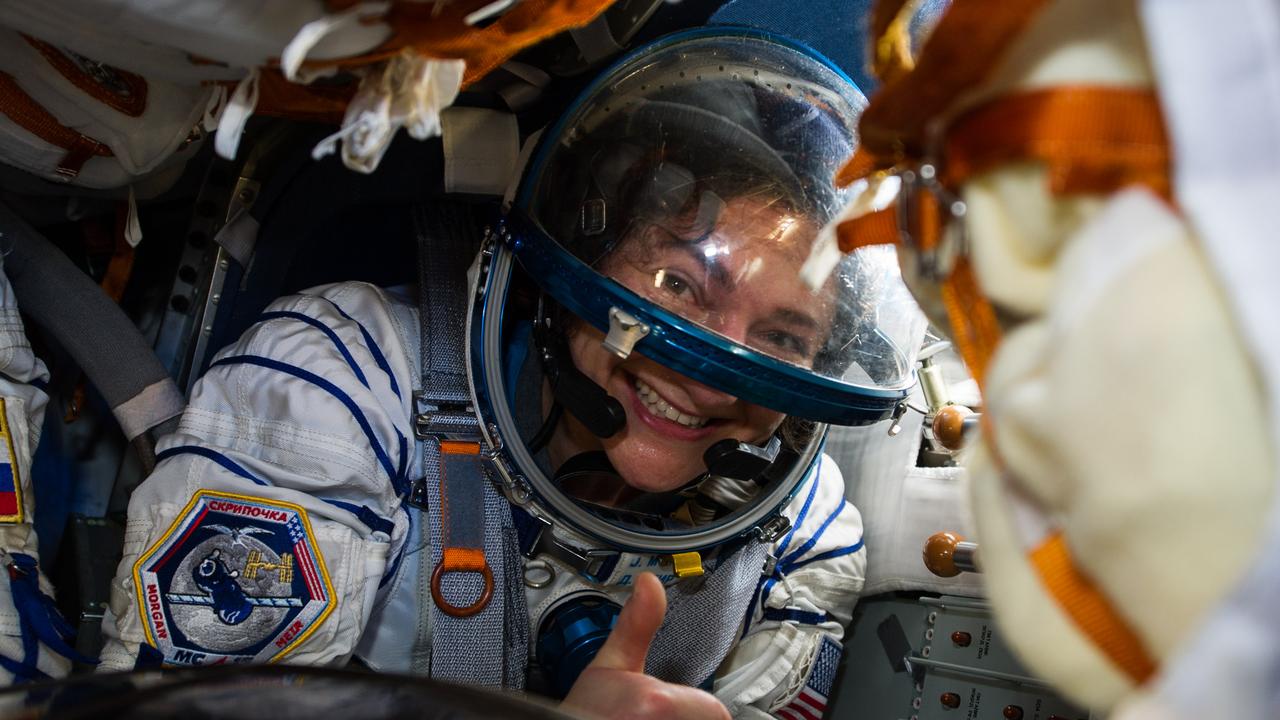 NASA astronaut Jessica Meir inside the Soyuz MS-15 capsule shortly after landing in Kazakhstan, on April 17, 2020 after her return from the International Space Station. During her time in space she looked after the 40 mice and contributed to the research paper about the study. Picture: AFP/Russian Space Agency Roscosmos/GCTC/Andrey Shelepin

CLASSROOM ACTIVITIES
1. Health in Space
Think about the astronauts on-board long missions to space that can last from months to years. What things would you need to consider to ensure they remain healthy in mind and body? Ensure you include things that they would need to substitute that they can’t get in space, such as sunlight. Work with a partner to fill out the chart below. Work with a partner to fill out the chart above.

2. Extension
How can you see this drug helping people whose muscles start to waste away if they are confined to a bed or in a wheelchair?

List some possible positives and negatives of this drug being approved for human use.

HAVE YOUR SAY: How do you feel about this experiment?
No one-word answers. Use full sentences to explain your thinking. No comments will be published until approved by editors.