An illustration of Mars with a moon. Picture: istock

It’s said to be a discovery beyond everyone’s wildest imagination.

A team of Italian researchers have poked at the polar* ice caps on Mars with a radar* and uncovered a lake that is about 20km across and 1.5km deep.

Only temporary* trickles of water have been found in the past, so to have found a massive amount of liquid hidden underground has many people on Earth really, really excited.

The researchers say the lake was likely able to stay liquid because of the huge pressure of the ice above it and because of the salts from Martian rocks dissolving into the water.

The all-Italian team led by Italy’s National Institute* of Astrophysics* made the discovery using MARSIS (Mars Advanced Radar for Subsurface and Ionosphere Sounding), a radar installed on board the European Mars Express probe and developed under the control of the Italian Space Agency.

Australian experts have applauded* the find, saying the discovery of liquid and frozen water is important because it may make it possible to produce fuel and provide life support for astronauts during deep space missions, making launches and space operations cheaper.

“Why is this so exciting? Well, we know Mars was once warm and wet — and likely stayed that way for a very long time,” said Dr Jonti Horner of the University of Southern Queensland.

“The shift from warm and wet to frozen wasteland would have happened very, very slowly, giving any life that got started on Mars plenty of time to adapt* and to move with the water.

“This lake, if it really is there, would be a prime* place to look for life — after all, we have similar things on Earth, like the lakes buried beneath Antarctica, and life has been found to exist and thrive* down there.

“That doesn’t mean that there will be life there — but it does suggest that a lake on Mars would be a perfect place to look.” 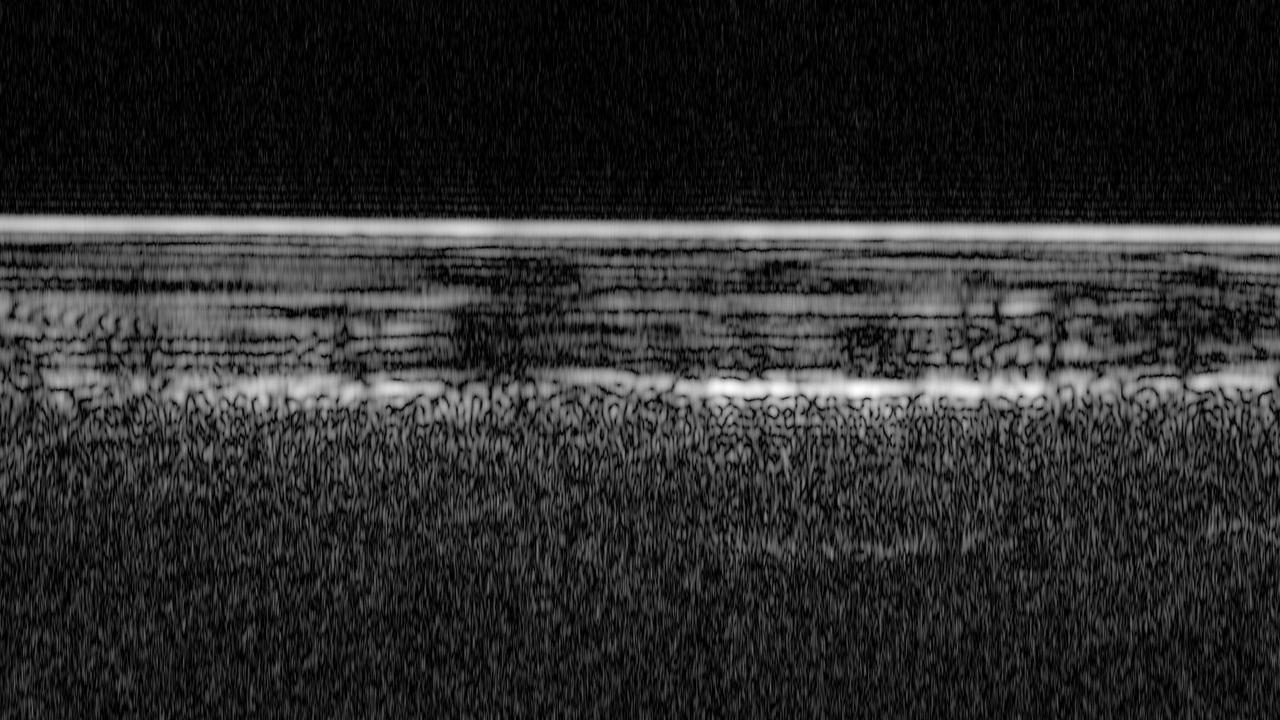 This is the image made by the radar information that came back from Mars that told the scientists about the underground lake. Source: Twitter

“The liquid water is not a lake that you would want to swim in, locked away 1.5km beneath the surface of the Martian South Pole,” he said, adding that the water would be salty.

“It’s those salts that keep the water from freezing,” he said. “The underground water might exist as a lake trapped beneath rock layers or mixed in with Martian soil to create a salty sludge*, but either way at 20km across there is a lot of it.”

The concentration* of salts needed to keep the water liquid may mean that life anything like that on Earth couldn’t survive. Right now there is no way to sample the water to find out how salty it is or whether there’s any life there. 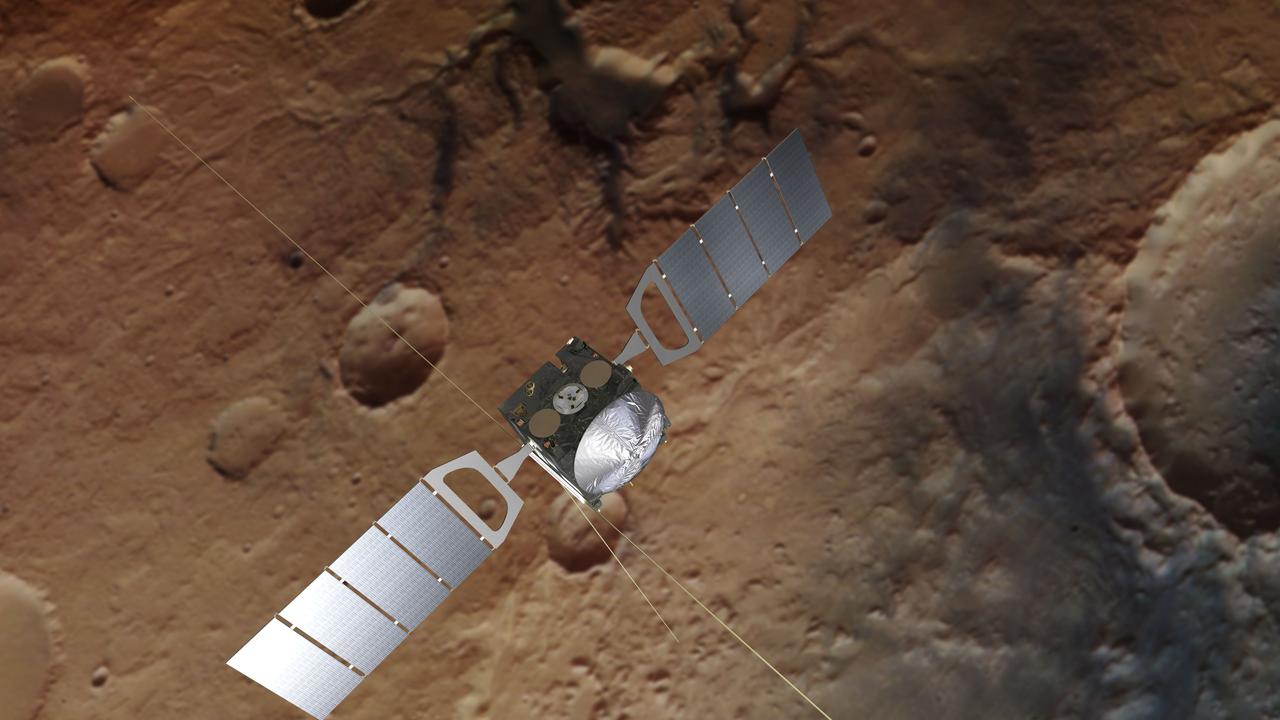 This is an artist’s impression of the Mars Express spacecraft over a background based on an actual image of Mars taken by the spacecraft’s camera. Picture: AFP

Professor Andrew Dempster, director of the Australian Centre for Space Engineering Research, said the discovery supported the idea that water should be the first resource* to be “mined” in space.

“That water could be sourced from asteroids, the moon, or Mars,” he said. “Discovery of a large water supply on Mars confirms we’re heading in the right direction.”

Professor Dempster said Australia had taken the lead on the matter, with University of New South Wales researchers looking at business opportunities, mining methods, asteroid selection and navigation* and other resources such as platinum*. The researchers will host the fourth Off-Earth Mining Forum* in Sydney in 2019.

polar: at the north or south pole

radar: equipment that sends out radio waves, that give information by the way they bounce back from something they hit

institute: organisation such as a university or school

astrophysics: a type of astronomy science to do with the physical form of things in space

concentration: how much is in something

resource: something of value

1. Why would the water be liquid rather than ice?

2. Why do Australian experts think this is an important find?

3. What would have happened very, very slowly on Mars?

5. What are University of New South Wales researchers mentioned in the story looking at?

Using the information from the article, draw a map of the lake that has been found on Mars. Include the dimensions of the lake and where it can be found on the planet. In a paragraph write a description of the lake, what the water could be like, why they believe it might be like this and why finding this lake is exciting news to astronauts and for space research.

2. Extension: Imagine there was life on Mars, hidden in this lake. What would it look like?

Draw a picture of a life form that you imagine could live on Mars. Write a paragraph about this “life form”. What features does it have? Where does it get its energy? How has it adapted to the Mars environment? Use information from the article to help you.

QUESTION: Imagine you were in charge of space research. What would you do next? Look for life in the lake? Look for ways to use the water? Or are there more important things to do first? Be creative!
Explain your answers using full sentences.