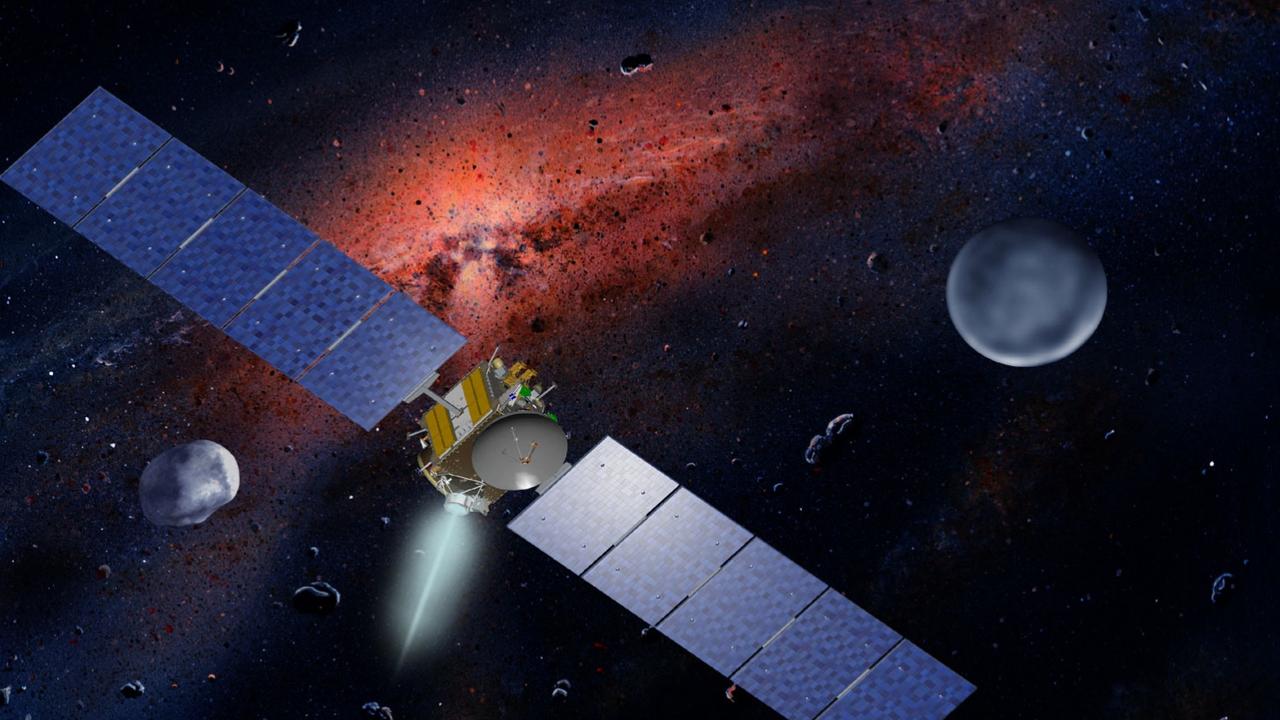 A drawing of the Dawn spacecraft with Ceres and Vesta in 2011.

A monster* asteroid* as big as New South Wales is zooming past Earth so close it can be seen without a telescope.

But don’t worry. It won’t hurt us.

Even though it is visible, it’s actually 170 million kilometres away. And the track it follows is never likely to cross that of our own planet.

But we can see the yellow, glowing sphere* passing through our skies both because of its size and what it is made of. It is more reflective than our moon, which means light bounces off it that we can see. The asteroid Vesta, photographed by the Dawn spacecraft on July 17, 2011 taken from a distance of about 15,000mm away. Picture: AP

It will be visible until it passes from sight on July 17. Look for it in the sky close to Mars, Saturn and the Sagittarius constellation*.

Named 4 Vesta, it’s the second most massive object in the asteroid belt* between Mars and Jupiter.

It’s moving at 19.3km every second and takes 3.6 years to complete each of its orbits.

That seems big. But it seems even bigger when you consider that the asteroid that caused the ice age that ended the dinosaur age was just 15km wide. A drawing of what it would look like if an asteroid crashed into Earth. Picture: NASA

What makes it different to other asteroids is its density*. Its matter is more compacted, or tightly squashed together, than most others. But it’s not massive enough to make it a true dwarf planet, such as the close-by dwarf planet Ceres.

Vesta was discovered in 1807 and was named after the Roman goddess of the home. It was orbited by the Dawn space probe in 2011. Scientists believe it includes areas of basalt — a type of rock we have on Earth — meaning it once had lava flowing over its surface.

An enormous crater has been blasted into its southern pole, cutting deep into its interior. There’s also a massive mountain towering about 20km above the rest of the asteroid’s surface, the second tallest mountain in the known Solar System. 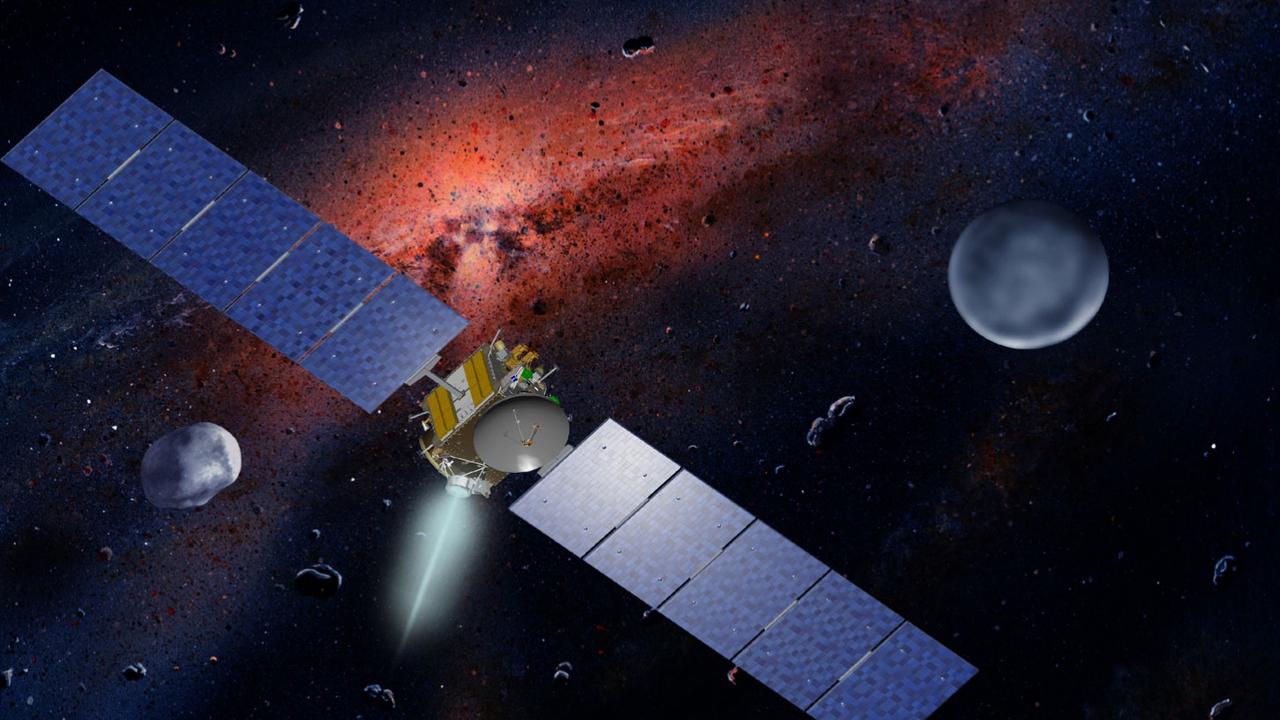 A drawing of the Dawn spacecraft with Ceres and Vesta in 2011. Picture: NASA and UCLA

orbit: move in a loop around another object

constellation: a group of stars forming a pattern

density: how tightly pieces are compressed or squashed together

1. How many kilometres from Earth is the asteroid?

2. Is it more or less reflective than our moon?

3. How long does it take to complete an orbit?

4. What is the name of the close-by dwarf planet?

5. When was Vesta discovered?

Imagine have just picked up a nonfiction book about space and found a reference to the asteroid 4 Vesta. What does it say?

Use the information in the article to write a paragraph or two about this asteroid. Include all the important information about it, in a logical and coherent manner.

Extension: After reading the article, think up a picture in your mind of what this asteroid would look like:

— looking up from Earth at night: What will it look like? What might you see near it? How big will it be in comparison to things around it?

Draw a picture of the asteroid from each of these perspectives.

QUESTION: If you could ask NASA to send a mission into space to answer one question, what would you choose? Why? Explain your answer using full sentences.