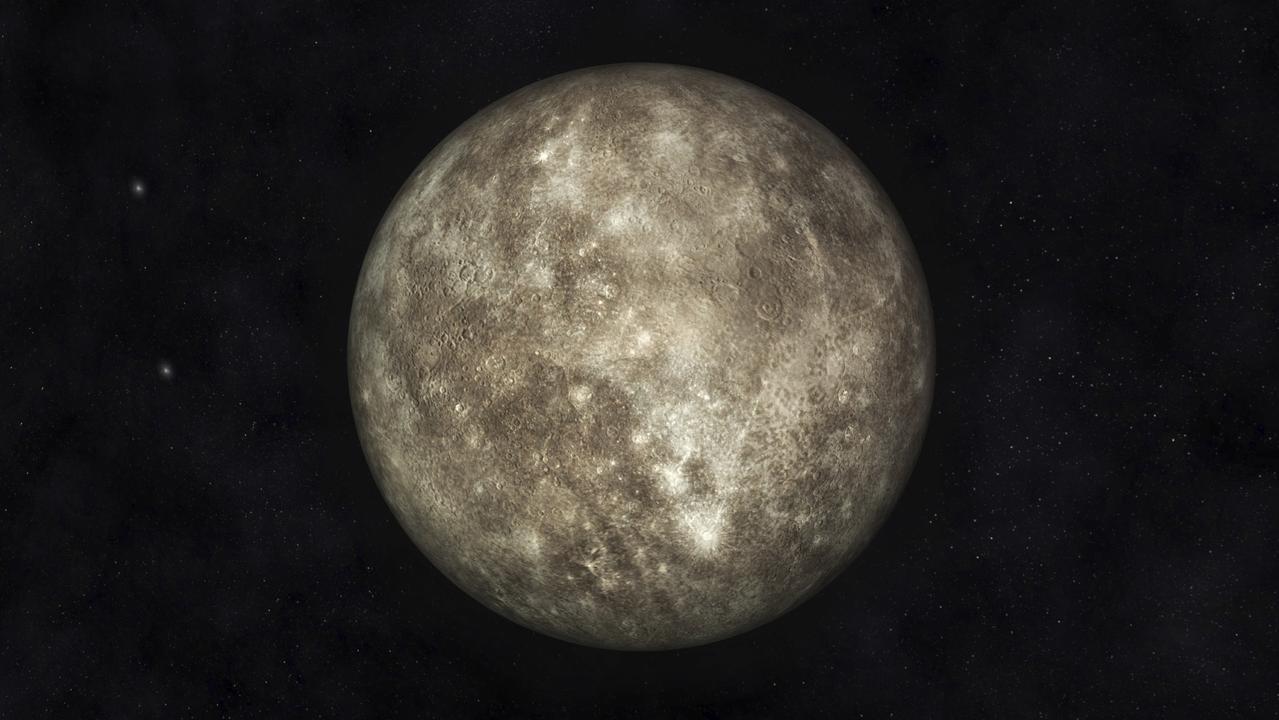 A digital Illustration of planet Mercury, the scene of the first of six planned fly-bys by the joint European-Japanese mission.

A joint European-Japanese spacecraft got its first glimpse of Mercury as it swung by the solar system’s innermost* planet as part of its mission to deliver two probes into orbit in 2025.

The BepiColombo mission made the first of six planned fly-bys of Mercury at 11:34pm Greenwich Mean Time* (GMT) on Friday (7:34pm EST), using the planet’s gravity to slow the spacecraft down.

After swooping past Mercury at altitudes* of under 200km, the spacecraft took a low resolution*, black and white photo with one of its monitoring cameras before zipping off again. This black and white image captured on October 2, 2021 by the joint European-Japanese BepiColombo mission shows Mercury as the spacecraft flew past the planet for a gravity assist manoeuvre. Picture: European Space Agency/AFP

The joint mission by the ESA and the Japan Aerospace Exploration Agency (JAXA) was launched in 2018, flying once past Earth and twice past Venus on its journey to the solar system’s smallest planet.

Five further fly-bys are needed before BepiColombo is sufficiently slowed down to release ESA’s Mercury Planetary Orbiter and JAXA’s Mercury Magnetospheric* Orbiter. The two probes will study Mercury’s core and processes on its surface, as well as its magnetic sphere.

The mission is named after Italian scientist Giuseppe “Bepi” Colombo, who is credited with helping develop the gravity assist manoeuvre* that NASA’s Mariner 10 first used when it flew to Mercury in 1974. This 2019 photo shows Mercury passing in front of the sun. The next alignment Earth-Mercury-Sun will take place in 2032. Picture: Damien Meyer/AFP

CLASSROOM ACTIVITIES
1. Space diagram
Draw a diagram of where the BepiColombo spacecraft has flown since launching in 2018. Use a key to identify one colour of which planets it has flown by already, and a different colour to identify where it still needs to go. Ensure your diagram is clear and easy to read and gain information from.

2. Extension
Why do you think scientists want to know more about Mercury’s core and magnetic sphere? What do you know about Mercury and/or Venus?