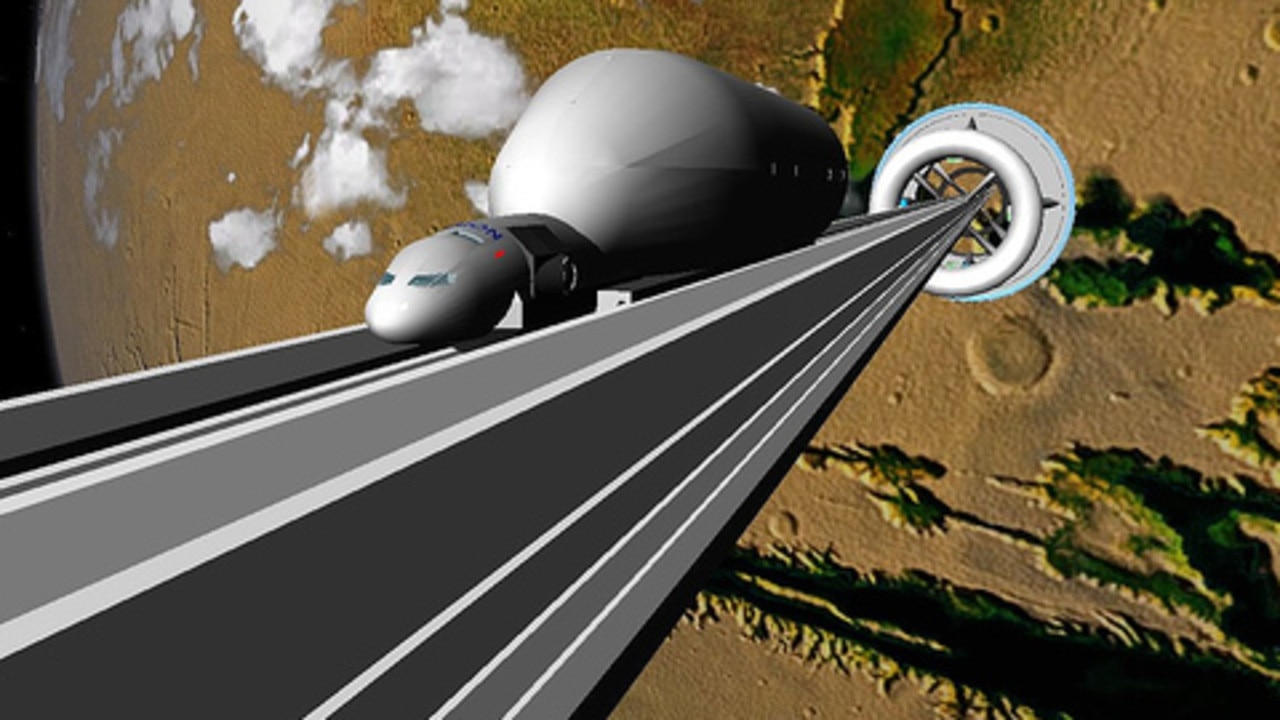 An artist's impression of how a space elevator could look. Picture: CalTech

Two tiny satellites* are on their way to the International Space Station* in the first stage of a program to make a gigantic elevator* to space.

The 10cm-square satellites will arrive at the International Space Station (ISS) on September 11, according to Japan’s Mainichi news service.

They will then be released into orbit* and uncoil a 10m length of cable. A small motorised container will slide between the two ends with a camera recording the movements.

Researchers from Japan’s Shizuoka University are running the trial. They will be looking for any unexpected movements in the satellites as the weight of the container shifts along the cable. 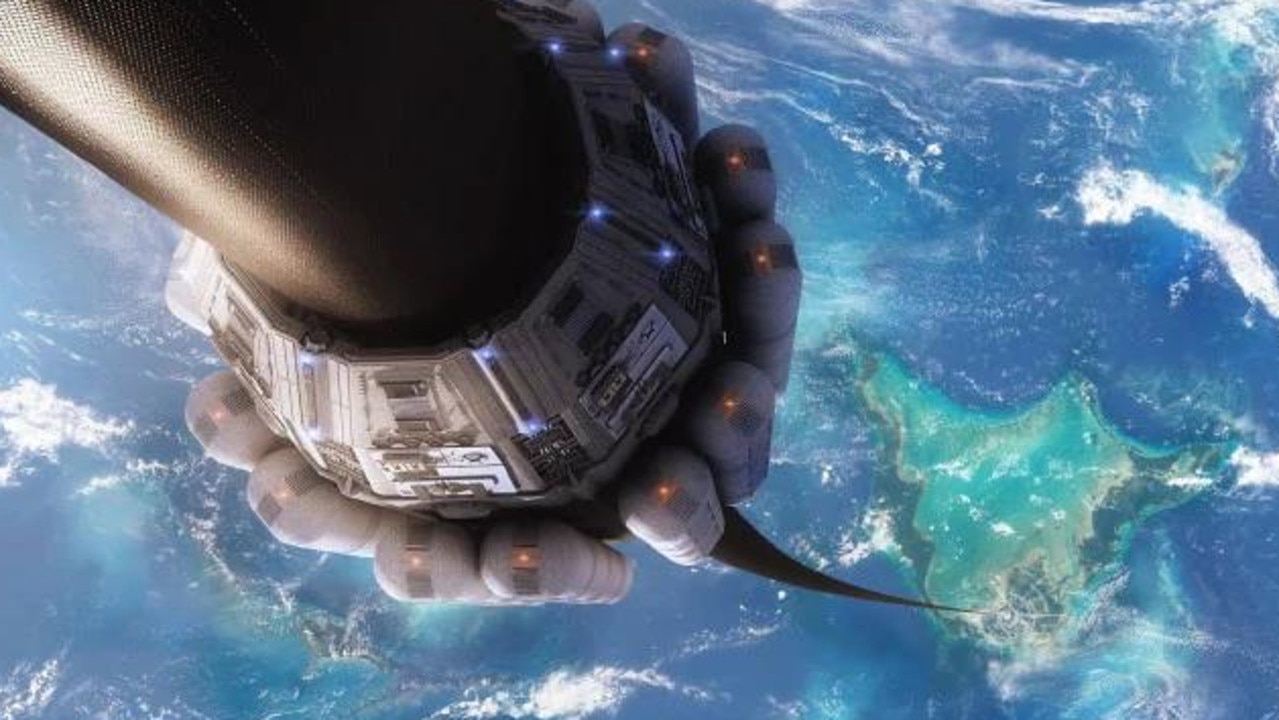 An artist’s idea of a space elevator moving along a long cable between its base on a Pacific island and a space station. Source: supplied

If successful, it could be the first step towards a cargo-carrying space elevator.

Instead of using fuel-hungry rockets to launch people and cargo to the ISS, electric elevator capsules could climb an ultra-strong cable from Earth. This could offer a cheap and safe gateway to space.

Japanese company Obayashi Corp, which is part of the trial, wants to plant a space station about 36,000km above the Earth in orbit, with a long cable attached to a platform in the Pacific Ocean, by 2050. A photo of Earth taken on August 22 from the International Space Station. You can also see the clouds of Hurricane Lane near Hawaii. Picture: NASA/AP

The company plans to build six elevators, each measuring 18m in length by 7.2m wide, each able to hold 30 people and move at 200km an hour. It would take more than a week to travel between the ground and the orbiting station.

Obayashi Corp estimates the cost of the project to be about $125 billion.

Researchers haven’t yet found a super-strong, ultra-lightweight material to use for the cable.

satellites: something placed in orbit around the Earth or another planet

elevator: lift or other vertical transport

orbit: a loop controlled by gravity of one body around another, such as the moon around Earth

1. What does ISS stand for?

2. How big are the satellites? How long is the test cable?

3. What are the researchers looking for in this trial?

4. What two main ways could an elevator be better than rockets?

5. When would Obayashi Corp like to have the actual elevator working?

Imagine that the space elevators have finally been built and you have been chosen to go on the first space mission using them! Your mission is to test them and see how they work. Write a diary of your first day of the mission using the new elevators.

2. Extension: Sometimes inventions used for space research have been also been useful here on earth. For example, radar technology used in space has been adapted to help rescuers look for people trapped under rubble after earthquakes.

Can you think of any ways that space elevators can be changed or adapted to be used on earth? Create a design for your idea.

HAVE YOUR SAY: A space elevator could be working by 2050. Would you travel into space on one? Why or why not? Use full sentences. No one-word answers.