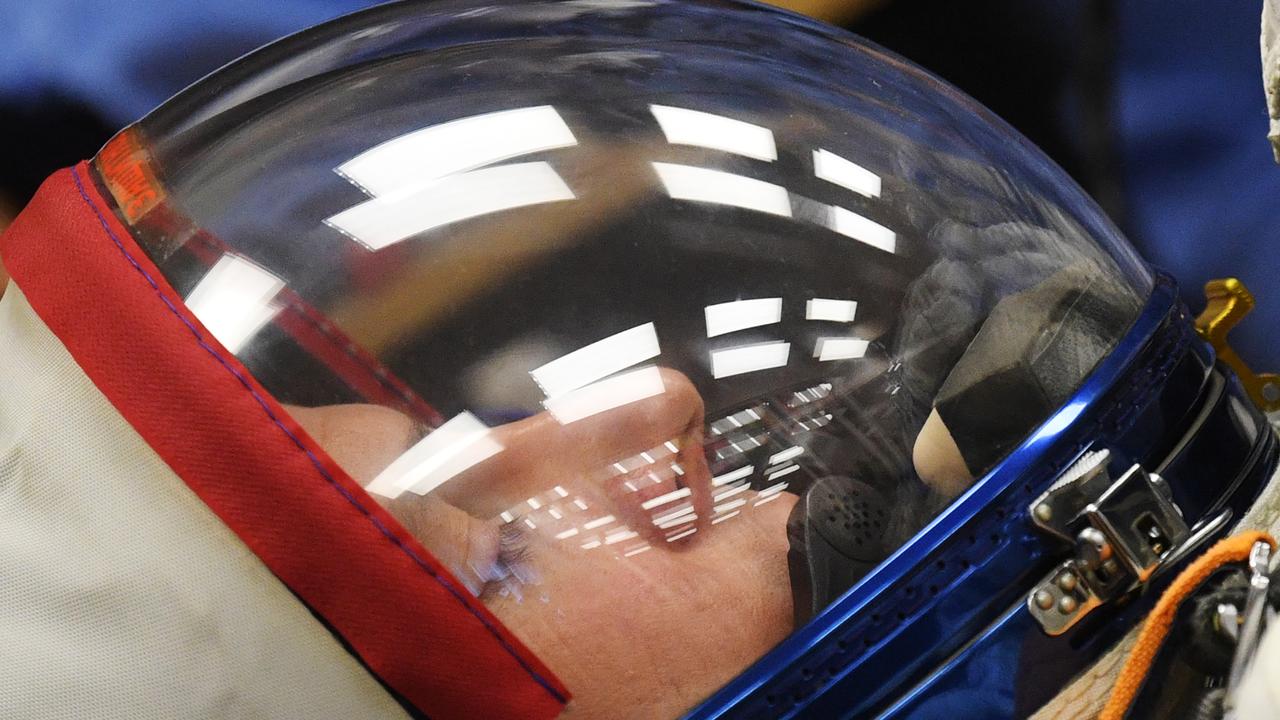 The three astronauts aboard the International Space Station need a ride home and no one is sure how and when they will get one.

They are safe and well but last week’s failed takeoff of a relief crew means they could be there for a while yet. 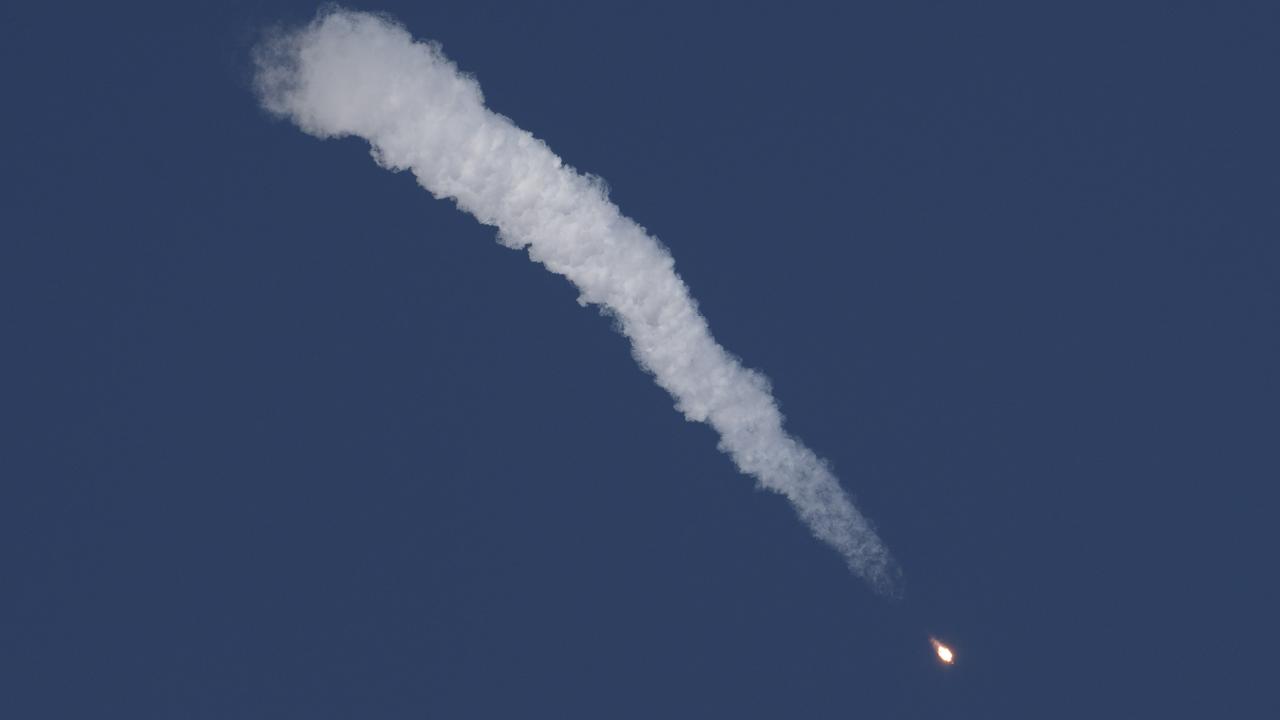 The Soyuz rocket launch on October 11, 2018 in Kazakhstan. If it had succeeded, the astronauts aboard would have replaced the current crew and stayed on the ISS for six months. Picture: NASA via Getty

The capsule currently docked at the ISS that could take them home is damaged and no one is confident it would be a safe way to get the astronauts back.

German ISS Commander Alexander Gerst, Russian Sergey Prokopyev and American Serena Aunon-Chancellor were due to return to Earth in December.

“Talked to the crew … they’re doing great,” the deputy astronaut chief, Reid Wiseman, said late last week. “Everybody is in good spirits … They will stay up there as long as we need them to.”

They have stocks of food and air for several more months and there are two US and one Japanese cargo-carrying modules about to be boosted into orbit. 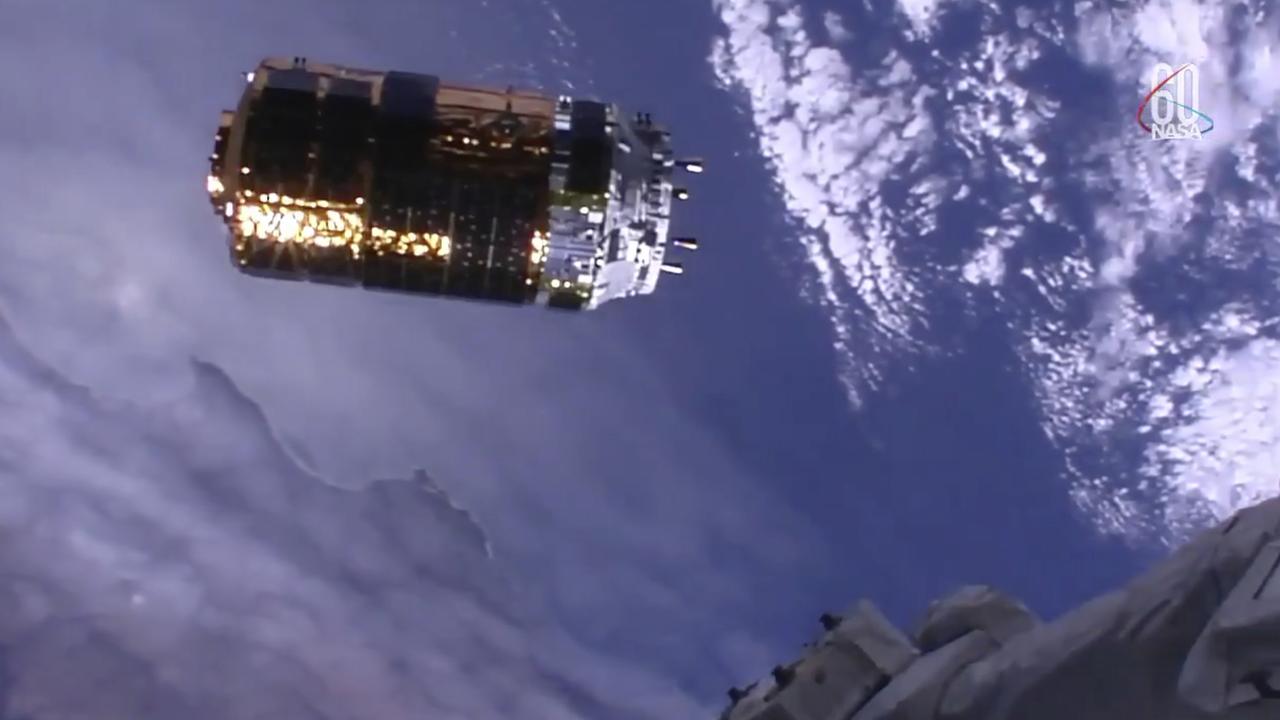 A Japanese cargo-carrying module approaches the International Space Station on Sept. 27, 2018 with supplies. Another Japanese module is about to be boosted into orbit to provide more supplies. This will be the eighth Japanese shipment to the station. Picture: NASA via AP

PROBLEMS WITH THE RUSSIAN CAPSULES

The Russian Soyuz rocket program — used to transport astronauts backwards and forwards to the ISS — is experiencing difficulties.

The two astronauts on their way to the ISS last week had to eject from their capsule.

Both safely made it back to Earth, but the failure leaves the three already at the ISS without an end date for their stay. 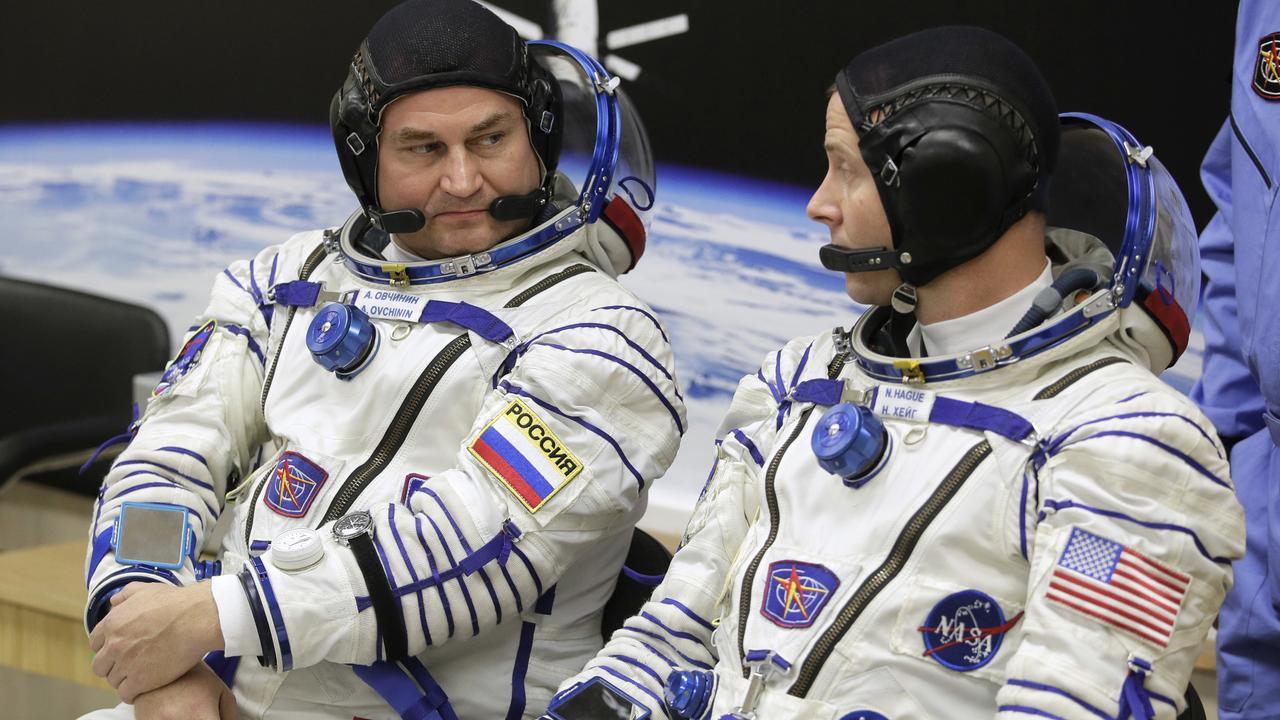 Russian cosmonaut Alexey Ovchinin and US astronaut Nick Hague, who were supposed to be the next crew at the ISS. They had to eject from their capsule. Picture: AP

ISS mission operations integration* manager Kenny Todd said: “If that’s a month, or if it’s two months, or six — I really can’t speculate* on the length of it.”

NASA and Roscosmos — Russia’s equivalent to NASA — are worried about the condition of the Soyuz module currently docked at the ISS. It passes its use-by date in January. After that, seals and soft parts could begin to break down.

The other problem is that there was a small hole in this Soyuz module that had been plugged with glue that became brittle and crumbled, causing a small leak of the space station’s atmosphere in August.

A search by the crew found the hole and it was quickly patched up but no one knows whether the heat shield of the landing module is in good condition. Even a tiny fault could be dangerous for those inside the Soyuz as it slams back into the atmosphere as a superheated fireball. The Soyuz capsule after its emergency landing on October 11. The Soyuz capsule currently docked at the ISS needs to be in perfect condition to make the journey back through Earth’s atmosphere to keep the astronauts safe. Picture: AP

If NASA and Roscosmos are not confident the Soyuz capsule is safe, it could be ejected from the station to free up its docking port.

Roscosmos is preparing another capsule for launch but it could be as long as 200 days before this could happen.

NASA is relying on Russia for a capsule because it hasn’t been able to launch or recover humans from orbit since the final flight of its space shuttle program in 2011. Private companies such as SpaceX and Boeing, which are supposed to be building new manned modules, keep missing deadlines. This is a model of the Crew Dragon spacecraft SpaceX is working on to take astronauts to the ISS. Picture: AFP

The only other country able to put people in space is China. Its docking system fits the ISS but NASA and China’s space agency don’t work together.

If the three astronauts do attempt a re-entry* in a Russian Soyuz capsule, the ISS will be empty for the first time in 18 years. These astronauts, photographed on February 18, 2018, are the Expedition 54 crew in the Japanese Kibo laboratory module of the international space station Picture: NASA

NASA has said it can remote* control the station from the ground but planned experiments and space walks wouldn’t happen. And if something breaks down, there is no one there to fix it.

The ISS, worth $150 billion, could begin to slip out of orbit and spiral towards the ground.

Mr Todd, however, remained positive: “We can tolerate* some failures, some significant* failures, and continue to operate the station in a de-crewed* manner”. 20 years of weather in two minutes

re-entry: to come back in, in this case into the Earth’s atmosphere

remote: from far away

tolerate: put up with

1. What two big things happened that mean they don’t have a ride home?

2. What three nationalities are at the ISS?

3. What is coming to bring supplies?

4. What usually transports astronauts to and from the ISS?

5. If the US and China could work together, would Chinese space transport be able to dock at the ISS?

What could be some of the thoughts going through these three astronauts’ heads as they continue to wait for a return date back to earth?

Draw up a chart with six boxes or columns to help you record your thoughts.

The column or box headings are:

TIME SINCE MEANT TO HAVE GONE HOME

Extension: Work with a partner and brainstorm a list of options of how NASA could bring these 3 astronauts safely home.

Which option would you go with if one of the astronauts was your family member?

HAVE YOUR SAY: If you were on the ISS, how would you feel about the delay? What would you miss about not being at home for longer? Use full sentences to explain your thinking. No one-word answers.