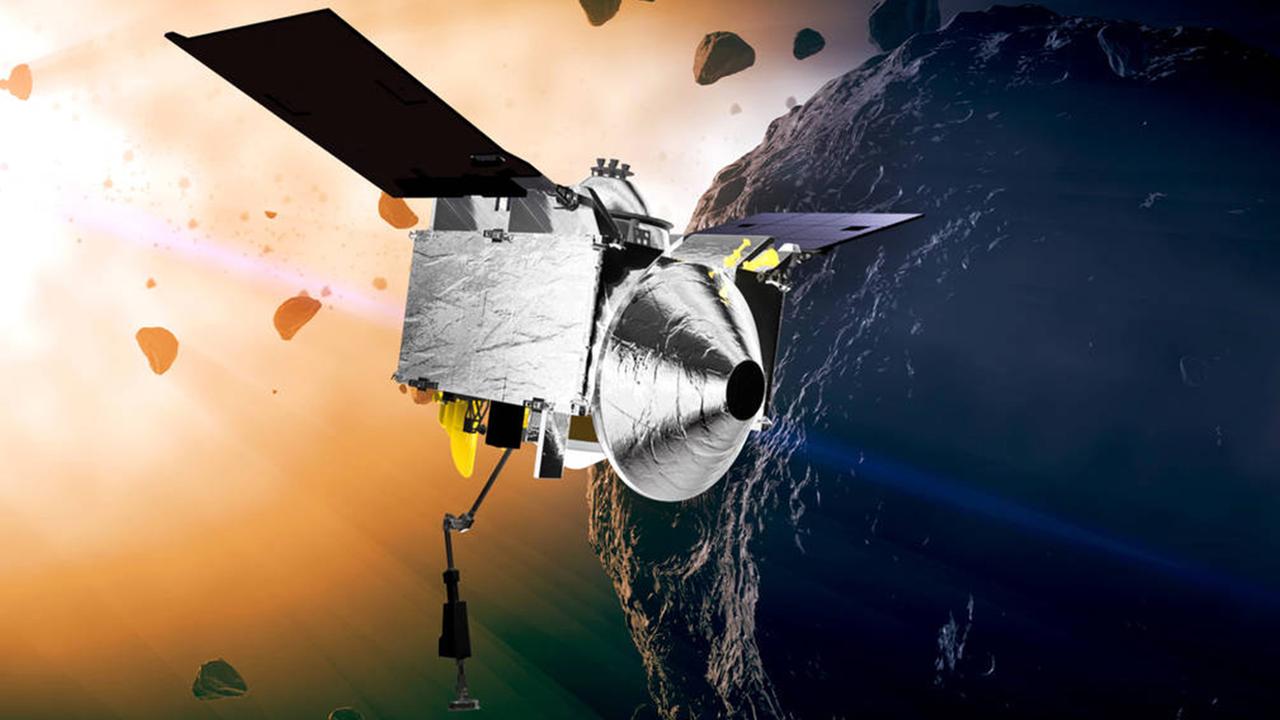 At 4am on Tuesday, Australia’s deep-space* communication experts in Canberra will provide the final contact between NASA and its spacecraft OSIRIS-REx before it arrives at the asteroid* Bennu.

The information from this mission could also help if the asteroid Bennu is at risk of hitting Earth in the future. An artist’s drawing of the OSIRIS-REx spacecraft near the asteroid Bennu. Picture: NASA

“The spacecraft is already in Bennu’s gravitational* influence and, according to NASA’s calculations, is set to officially arrive in orbit, just 2km above the asteroid, on Tuesday at around 4am AEDT*,” CSIRO* tracking station spokesman Glen Nagle said.

VIDEO: This news report was made when OSIRIS-REx launched two years ago

“We’ve been proud to have played our part in the mission’s journey so far and its successful arrival at Bennu, but the mission is really only just beginning,” Mr Nagle said.

“OSIRIS-REx will spend nearly 2.5 years performing a detailed study of the asteroid with every instrument it has available. It will also land on Bennu midway through its mission and collect up to 2kg of material for return to Earth by September 2023.” 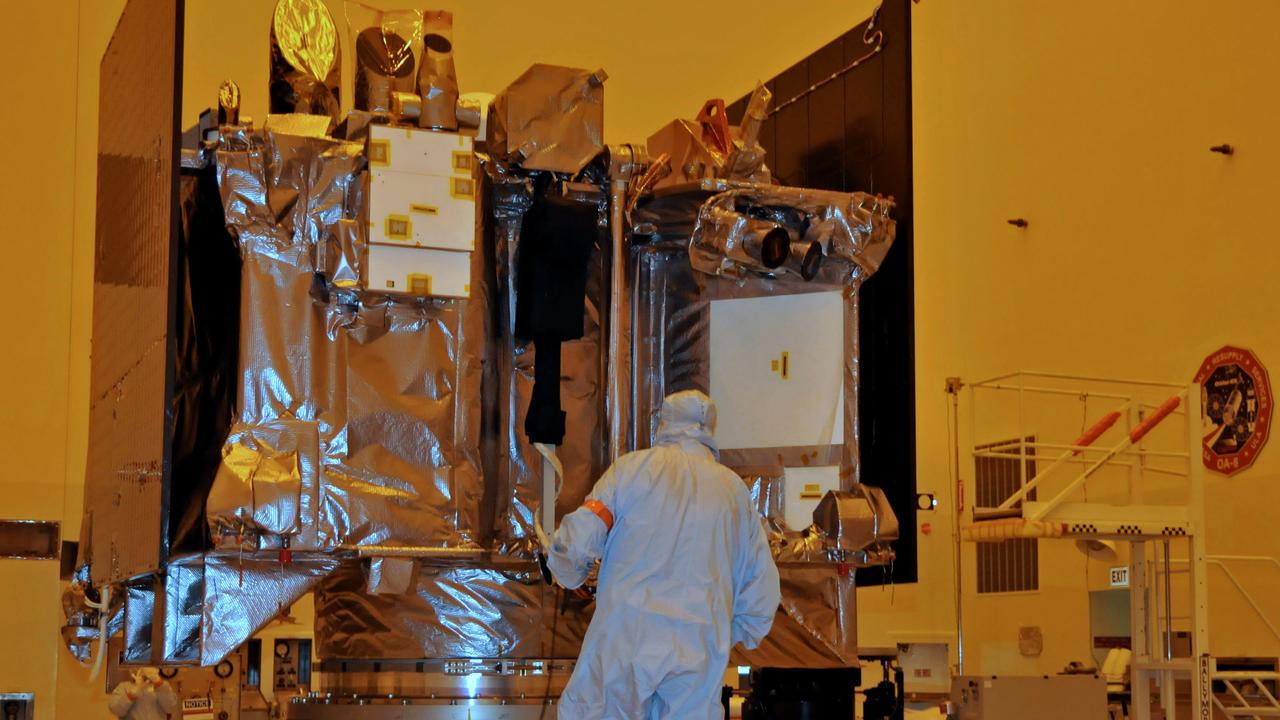 The OSIRIS-REx on August 20, 2016 before its launch. An engineer examines it in a servicing building at Kennedy Space Center, Florida. Picture: AFP

“Our CSIRO team in Canberra and our two sister Deep Space Network stations around the world in Spain and the United States will be with the mission every step of the way.”

Early images of Bennu appear to show that it’s a “rubble pile”, a collection of rocks and boulders that have accumulated under gravity over billions of years to form the approximately 500m-wide asteroid.

Primitive* and carbon-rich* asteroids such as Bennu may not have changed very much since they formed 4.5 billion years ago. A drawing of OSIRIS-REx near the asteroid Bennu. Early images show it looks like a “rubble pile”. Picture: NASA

This brings hope to scientists that they could find water-bearing minerals that contain traces of living or once-living things.

Bennu travels around the Sun every 1.2 years and its path occasionally crosses Earth’s orbit. Astronomers believe there is currently a 1 in 2700 chance that it could hit Earth in the mid-to-late 22nd century, or in about 150-200 years in the future.

By learning more about the asteroid’s path and what it is made from, NASA is hopeful that it can learn enough to prevent any chance of a future collision.

At 500m wide, Bennu is small compared to the 10-15km-wide asteroid that caused the mass extinction of dinosaurs. But any asteroid hitting Earth could cause some damage and everyone would like to avoid that happening.

gravitational: describing the effect that all things have, that pulls them towards each other

carbon-rich: rich in the element carbon. Things that are living or were living are rich in carbon

1. What is the asteroid called?

2. When did the spacecraft launch?

3. How long will OSIRIS-REx spend studying the asteroid?

4. How much will the samples weigh that is brings back?

5. How long does it take for this asteroid to orbit the sun?

One of the reasons for OSIRIS-REx’s mission is to collect information to help avoid a future collision between Earth and Bennu. Imagine that you are a NASA employee in the year 2218 who has discovered that a mistake was made and a collision is imminent (about to happen soon). Write a narrative about how you save the day. As your story is set 200 years in the future make sure you include the use of amazing technology that you think will exist then. Also incorporate at least 2 pieces of factual information you have learnt from the news article.

Extension: Find out and record three facts about the asteroid impact that caused the extinction of dinosaurs.

HAVE YOUR SAY: What sort of space mission would you most like to be involved in? What job would you like to have on the mission? No one-word answers. Use full sentences to explain your thinking.