First-ever close-up images of the Sun 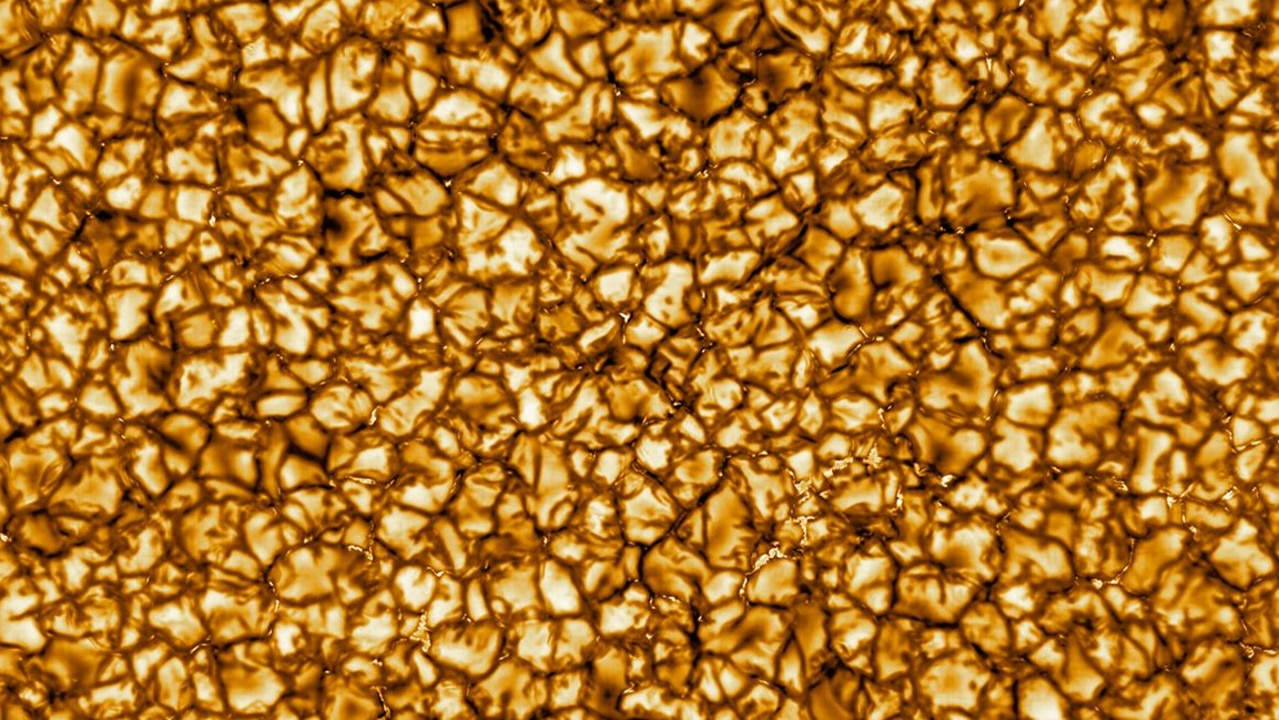 This is the highest-resolution image of the Sun ever taken. Picture: NSO/NSF/AURA

Scientists have released the first photographs of the Sun from the new solar telescope in Hawaii.

And the view of our home star is incredible, showing churning plasma* that looks like a sea of gold nuggets.

The nuggets are plasma rising from deeper within the Sun and the darker borders between the nuggets show where plasma is cooling and sinking. The brightest spot at the centre of each nugget is the hottest plasma and is about 6000C.

Watch: First-ever close-up of the Sun

Previously, we had only seen hazy images of the Sun that indicated a patchwork-looking surface.

The photos were taken in December by the 4m Daniel K. Inouye Solar Telescope (DKIST), which sits on Haleakala mountain on Maui, Hawaii, US. The telescope is run by the US National Science Foundation (NSF).

Construction won’t be finished until June this year and scientists will start detailed research in July, so to get such high-quality images early is unexpected.

DKIST’s massive mirror can study objects as small as 35km across, viewed from 150 million kilometres away on Earth. 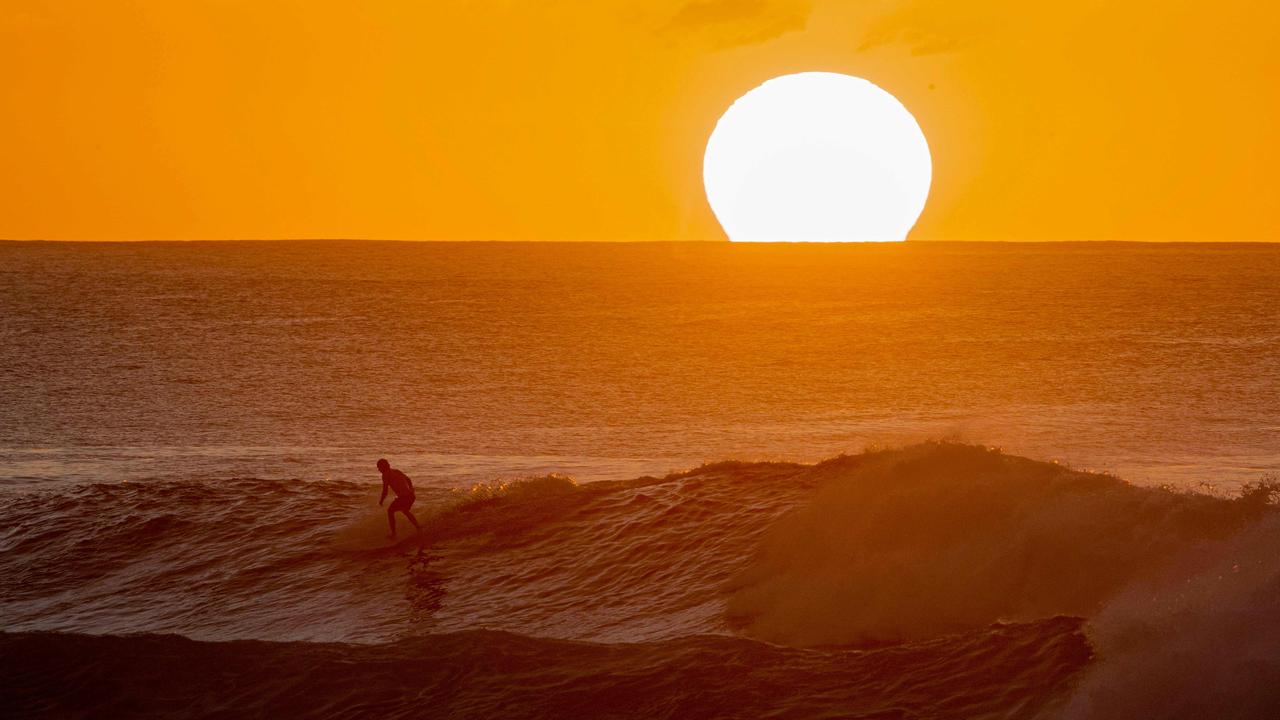 A surfer rides a wave in Hawaii on January 28, 2020. The telescope, also in Hawaii, is so powerful it can study objects as small 35km wide on the surface of the Sun 150 million kilometres away. Picture: AFP

The mirror is pointed directly at the Sun, so keeping it a constant, cool temperature was one of the biggest design challenges. The heat it captures is enough to melt metal.

To keep the mirror cool, each night, enough ice to fill a swimming pool is made on site and emptied into tanks. During the day, a coolant liquid that absorbs heat from the mirror travels through 12km of pipes within the ice tanks.

Air is also blown onto the back of the mirror to help cool it.

Previously, the biggest solar telescope was the 1.6m telescope at Big Bear Solar Observatory in southern California, US.

“NSF’s Inouye Solar Telescope will be able to map the magnetic fields within the Sun’s corona*, where solar eruptions occur that can impact life on Earth. This telescope will improve our understanding of what drives space weather and ultimately* help forecasters better predict solar storms.”

Scientists know much less about space weather than they do about the weather on Earth. Space weather events can make GPS systems unreliable and shut down power networks and communication systems.

Better understanding the origins of potential disasters will help organisations better prepare for space weather events, for instance, by having time to put satellites into safe mode.

DKIST will work with the Parker Solar Probe, which is already sending back solar observations, and the Solar Orbiter mission, set to launch next week. CLASSROOM ACTIVITIES
1. Be inspired!
Create an artwork that is inspired by the amazing photos taken by DKIST.

HAVE YOUR SAY: What things in space would you like to see close-up?
No one-word answers. Use full sentences to explain your thinking. No comments will be published until approved by editors.