This combination picture shows the transitions of full moon during a 'blood moon' eclipse as seen from Jakarta on July 27, 2018. Picture: AFP

China plans to launch a massive fake moon into space.

The southwestern Chinese city of Chengdu intends* to launch what could be the world’s largest light globe and orbit it about 500km above the Earth. That’s farther* into space than the International Space Station, which orbits about 400km above the Earth.

The project, which is set to be completed in 2020, could save more than $200 million a year in electricity costs. Chengdu, a city in China with more than 14 million people, could be lit by the glowing satellite instead of street lights if the plan works. Picture: Istock

Chinese government newspaper People’s Daily reported that it is “designed to complement* the moon at night”.

The fake moon’s glow is predicted to light up an area with a diameter* of 10-80km, making it eight times as bright as the real moon.

The light emitted* could be enough to completely replace street lights, researchers believe, and if it covered 50sq km, it could save $240 million in electricity costs each year.

This video show city lights and a thunderstorm on Earth from space. The Chinese plan is to replace street lights like those you can see here with the glow of the orbiting fake moon The plan was announced in Chengdu last week. Picture: iStock

He explained that the testing of the illumination satellite — another way of saying glowing, orbiting moon — started years ago, and now the technology has finally caught up with the idea. 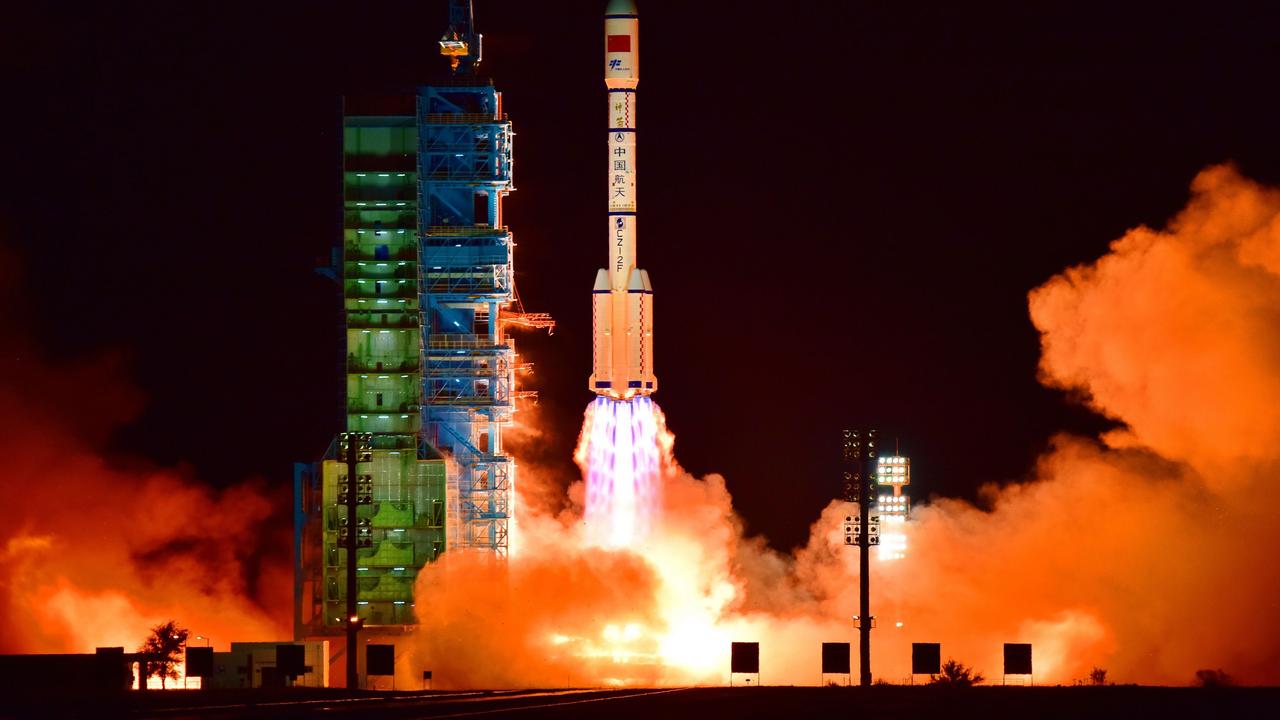 China has a very big space program. This is a Chinese rocket launching a space laboratory for research in 2016. Picture: AFP

Some people are worried the light could affect the daily routines of animals.

King Weimin, from Chinese University Harbin Institute of Technology, disagreed. He said the light of the satellite is similar to a dusk*-like glow, so it should not affect animals’ routines.

The cost of the project has not been announced. Bats fly in front of the moon in the Adelaide Hills, South Australia. Scientists involved in the Chinese project say the glow of the fake moon won’t disturb animals. Picture: Matt Turner

A similar project was planned by Russian researchers in 1999. This idea used orbiting mirrors to light up cities in Siberia, Russia, as a cheaper alternative to electric lighting.

This project used a spacecraft called Znamya 2, which used a 25m mirror to light up a patch of land 5km wide.

The UK’s Telegraph newspaper reported that during its first orbit the Russian craft was destroyed following a collision in space and the project was abandoned.

This is an edited version of an article that originally appeared on The Sun.

diameter: distance across a circle or sphere

emitted: gave out or gave off

3. How much money would it save a year if it covered 50sq km?

4. What is one possible problem or concern mentioned?

Imagine that you live in Chengdu. Do you think that the fake moon would be a good thing or a bad thing? Write paragraphs that will convince someone to agree with you.

Extension: The fake moon is supposed to help save electricity costs. Can you think of other, creative ways that large cities can do this? List as many ideas as you can think of. Choose your best or favourite idea. Create a script for a tv advertisement. The purpose of your ad is to help people understand your idea and why it will work!

HAVE YOUR SAY: Do you think this plan could work? Do you think it is a good idea? Do you have a better idea for lighting towns and cities in the future?