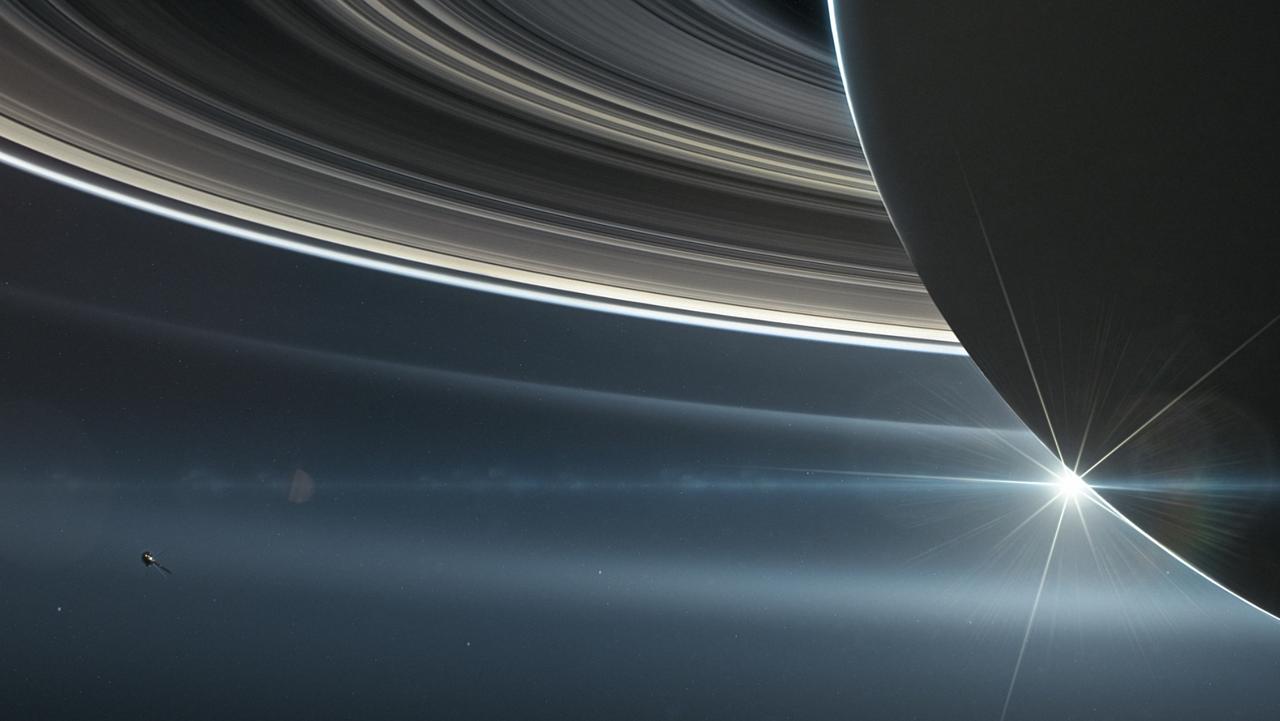 A close-up view of Saturn.

The Cassini unmanned robotic spacecraft has been in space collecting data about Saturn for 19 years, but soon it will embark* on its final voyage* — and Australia will play a key role at the end.

The spacecraft will hurtle at 111,000km/h straight through Saturn’s mysterious rings and into the giant planet’s hydrogen and ice atmosphere this Friday.
NASA mission control will be relying on the deep space antenna* in Canberra to monitor the historic finale to Cassini’s 7.8 billion kilometre voyage. 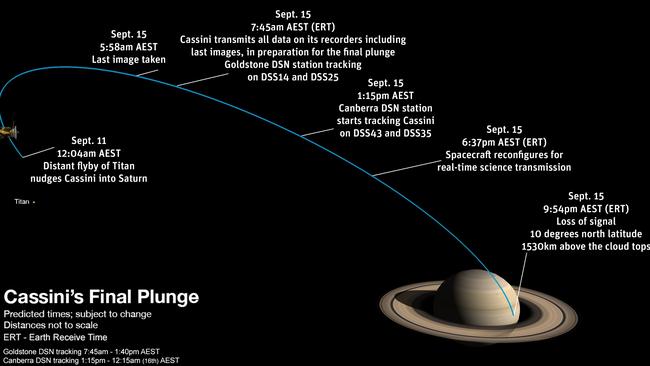 The CSIRO’s team at the Canberra Deep Space Communication Complex (CDSCC) will commence its control tracking at 1.15pm and capture the final nine hours of signals from Cassini until it plunges into Saturn at 9.54pm, 20 years after the date of its launch from Cape Canaveral in the US state of Florida.

NASA operations support officer Glen Nagle at CDSCC, said the Canberra team would be saying goodbye to a constant friend after decades of receiving new information.

Those discoveries included the evidence of methane* rains, lakes, ice plumes and prebiotic* material on Saturnian moons Titan and Enceladus, changes in Saturn’s ring system and massive planetary storms in data signals, which travelled up to 1.5 billion kilometres back to Earth at the speed of light.

In its final moments, Cassini will use its mass spectrometer* to “sniff” Saturn’s atmosphere to reveal new information about the giant gaseous planet’s structure and composition, unique information which is unable to be detected from outside the troposphere*, with its winds which can reach 1800km/h and temperature range of minus 250 degrees to plus 80 centigrade.

Cassini is the most distant planetary orbiter ever launched and it has observed almost half of a Saturn year, which is 29 Earth years long.

On Friday, control feeds and data reception will take 83 minutes to travel from the unmanned Cassini to Canberra — using eight of its 12 science instruments during the final descent to test temperature and plasma density — until NASA’s Jet Propulsion Laboratory mission control in the US announces “loss of signal” after the final call home has been made.

This isn’t the first time NASA and the international space community has relied on Australia to help out. 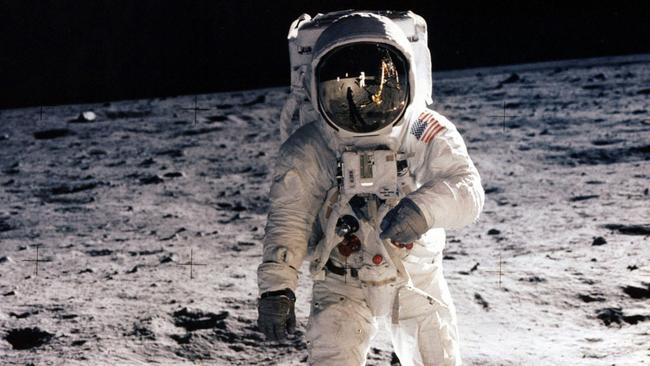 In 1969, Canberra’s Honeysuckle Creek Tracking Station received the first nine minutes of the live images from the Apollo 11 moon landing and Neil Armstrong’s first steps.
Then, the CSIRO’s Parkes Observatory in NSW, also known as “The Dish”, carried the final two and half hours of the broadcast.
Both Australian dishes played a vital role in the July 21 landing, relaying TV images around the world. Australia’s involvement in the Apollo 11 landing was portrayed in the 2000 film The Dish.

CLASSROOM ACTIVITIES
1. Cassini
Answer the following questions in as much detail as you can.

Extension:
Write a script and record a news segment on this space event involving Australia. Get a partner to film you reading the news story you have written by putting the Kids News article into your own words.

2. Saturn Search
In small groups, research and put together a digital slide show presentation on the planet of Saturn.
Use the information in the article as well as other information from a reliable source.
Use lots of images and short sentences to help your classmates learn about this planet as well.

VCOP ACTIVITY
Headline act
Come up with three new headlines for the article to capture the audience’s attention.
You could use alliteration, onomatopoeia or engaging vocabulary to spark the interest of the reader.

Swap with another person and discuss your favourites and why.

SPACE SUITS OF THE FUTURE

SLICE OF THE MOON HIDES IN OUR SHADOW

US CRAZY FOR TOTAL LUNAR ECLIPSE