‘Cabin’ cube mystery on the far side of the moon A mysterious object discovered on the far side of the moon is leading scientists to collectively scratch their heads.

The seemingly bizarre, cuboid-like structure was spotted by China’s Yutu-2 rover, which is slowly making its way across the previously unexplored Von Karman crater located in the moon’s southern hemisphere.

An image taken by Yutu-2 and examined by the mission team last week appears to show a distinctive, almost square object on the horizon.

Scientists have dubbed the space object the “mystery hut” because if its resemblance to a cabin. 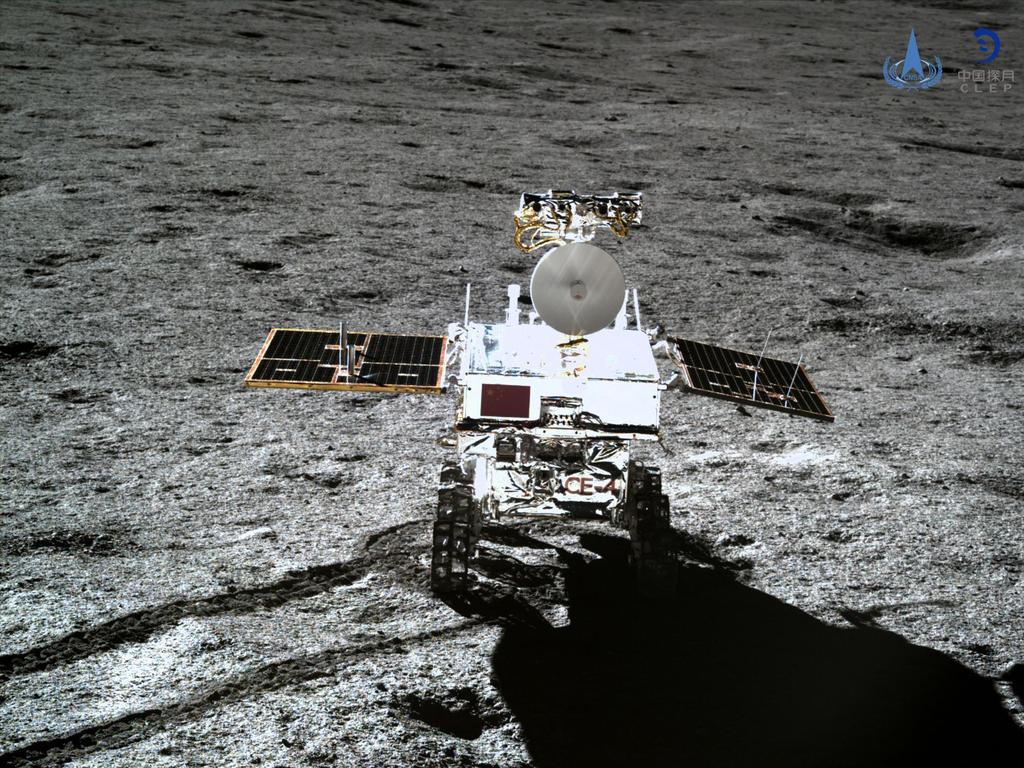 The Yutu-2 moon rover is the first to explore the far side of the moon and has been exploring since 2019. Picture: China National Space Administration via CNS/AFP

The blog’s authors said Yutu-2’s Earth-based drivers were examining the images sent back by the rover when “suddenly, an obtrusive* cube on the northern skyline caught their attention”.

“This object pierced through the winding of the skyline, like a ‘mysterious hut’.”

Measurements have suggested the object is around 80m away from the rover.

The Yutu-2 will now head towards the object to investigate it further.

But it is not going to be a fast trip. The rover’s progress is deliberately slow and steady to avoid falling into craters or colliding with rocks.

It also can’t operate during lunar nights, which last around 14 Earth days, which means it could take two to three months to reach the “cabin” on the moon.

“Was it a home built by aliens after the crash landing? Or is it the pioneer* spacecraft of the predecessors* to explore the moon?” the Our Space blog speculated*. What do you think this mystery moon object could be? Picture: China National Space Administration

But scientists believe it’s most likely to be a large boulder* thrown from the moon’s surface by a meteorite* impact.

Yutu-2, which means “jade rabbit” arrived on the moon in January 2019 aboard the lander spacecraft Chang’e-4.

It made touchdown on the 180km wide Von Karman crater, near the moon’s south pole, and the rover has spent the last two years exploring its local surroundings.

Yutu-2 is powered by solar panels and has operated for a longer period of time than any other lunar rover.

Its mission is to explore a portion of the far side of the moon. This is the hemisphere of the moon that always faces away from Earth and so can only be examined from space.

Chang’e-4 was the first spacecraft to successfully land on the moon’s far side. 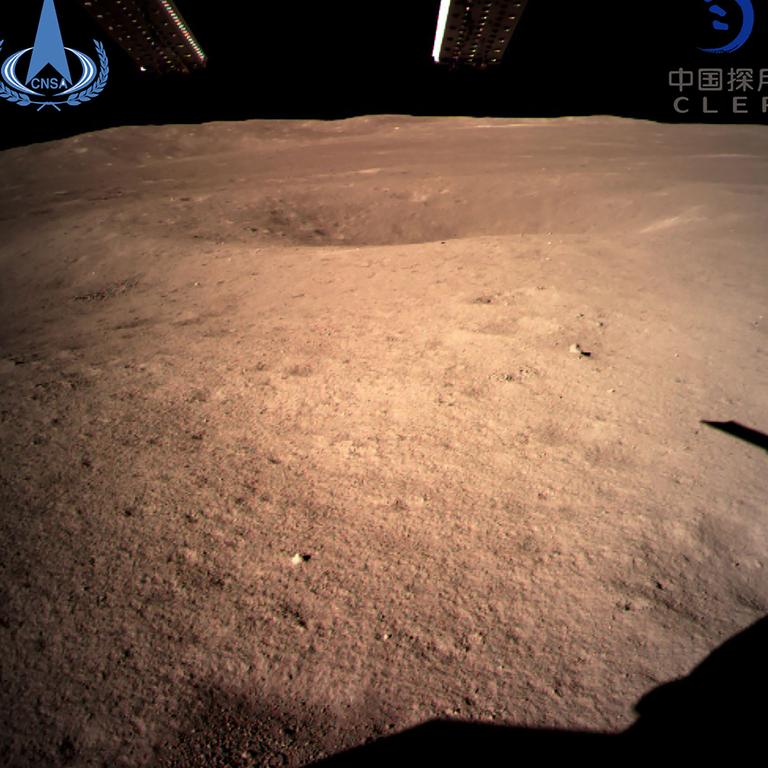 The dark side of the moon, as taken by the Chang’e-4 probe in 2019. Picture: China National Space Administration/AFP

CLASSROOM ACTIVITIES
1. What’s the answer?
What do you think is the answer to this mystery? Use evidence or information from the story to back up your ideas.

2. Extension
Write a story that begins with: “This object pierced through the winding of the skyline …”