Australians treated to the rare sight of a super, double blue, blood moon 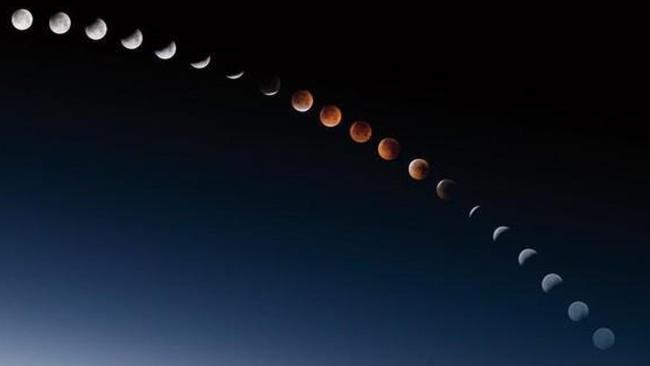 WHAT HAPPENED LAST NIGHT THAT WAS SO SPECIAL?

We had three things happening at once: a double blue moon, a super moon and a blood moon, or total lunar eclipse.

The term super moon relates to the moon’s distance from Earth. A full moon’s brightness can increase by 30 per cent when it closer to the Earth. Picture: Dave Grubb/Flickr

When it’s closer, the full moon is larger and brighter and it also affects the height of tides, increasing them by a few centimetres.

Finally, and most dramatically, last night we had a total lunar eclipse from 11.51pm to 1.07am AEDT. There was also a partial eclipse for another hour on each side.

The moon, Earth and sun all lined up, with the Earth in the middle blocking the sun’s light from reaching the moon. 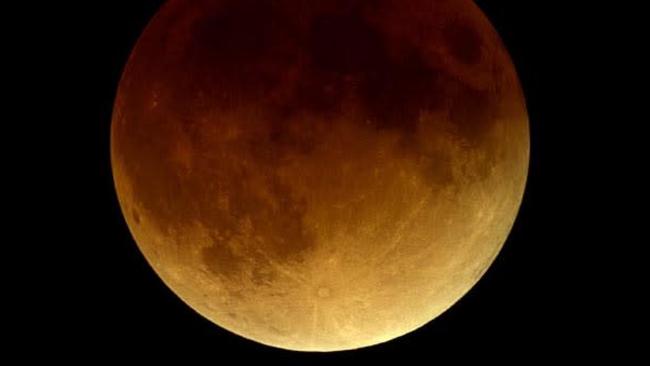 Blue light never makes it through the atmosphere and the result is a red or blood moon. Picture: Fred Espenak/NASA

But not all was dark. A small amount of sunlight scattered off the Earth’s atmosphere back to the moon covering it in reddish light. This is also why sunsets are red. The resulting red colour led people to call it blood moon.

Lunar eclipses can only happen at full moon, as we need the moon, Earth and sun to line up directly in that order. In this ordering, from the Earth, we can only see the side of the moon illuminated by the sun, the light side. Conversely, solar eclipses only happen at new moon, as the ordering along the line for a solar eclipse is Earth-Moon-Sun.

It has been 30 years since Australia last saw a double blue moon, a super moon and a blood moon.

HOW RARE IS THIS IN THE COSMIC CALENDAR?

The combination of all three – a blue moon, a super moon and a blood moon – is very rare. To give you an idea, we can apply some numbers to this:

WHAT ELSE IS COMING UP IN OUR NIGHT SKIES WORTH SEEING THIS YEAR?

There will be two more eclipses in 2018 that will be visible from parts of Australia. We will have a partial solar eclipse on July 13 and the best view will be in Tasmania. It will also be visible in southern South Australia and Victoria.

Solar eclipses are stunning to see, but please, never try to look directly at the sun without proper protection for your eyes.

Two weeks after that solar eclipse, there will be a total Lunar eclipse on July 28 in the early hours of the morning. And finally, in mid-December, we will see the Geminids meteor shower, which should be spectacular. The Geminids were first observed 150 years ago, and are now the brightest of the yearly meteor showers.

All in all, 2018 is a great year to be getting out to stare at the night skies.

* This story was first published by Pursuit, the University of Melbourne’s multi-media content site, and is republished here for Kids News with permission.

cosmologist: a scientist who studies the large scale properties of the universe.

1. In your own words, outline the three types of cosmic events which occurred in the sky last night.

Why are these events so rare?

Extension: Research Double Blue moons and find the dates in which they have occurred and will occur this century.

Extension: Look up some images of the Geminids Meteor shower and draw and label a representation of this.

Kids News loves reading your best grammar, vocabulary and spelling. We will publish the best comments.