A planet 31 light years* from Earth could be habitable* by humans.

The planet is one of three within a new solar system discovered by an international team of astronomers*.

The three new planets were discovered orbiting GJ 357, a red dwarf. A red dwarf is a small and cooling star. The distance of 31 light years is relatively close in space terms, said lead researcher and astrophysicist* Rafael Luque of Spain’s Institute of Astrophysics.

The other two planets found in the new solar system are closer to the red dwarf and are thought to be too hot for life.

TESS team leader Dr Lisa Kaltenegger, from Cornell’s Carl Sagan Institute in the US, said: “This is exciting, as this is humanity’s first nearby super-Earth that could harbour* life.

“With a thick atmosphere, the planet GJ 357 d could maintain liquid water on its surface like Earth and we could pick out signs of life with upcoming telescopes soon to be online.”

Signs of habitability* on any planet include a rocky landscape, a size similar to Earth and being within the “Goldilocks” zone, a distance from the planet’s sun that is not too hot and not too cold but just right. The right temperature allows for the existence of liquid water, a key requirement for life. 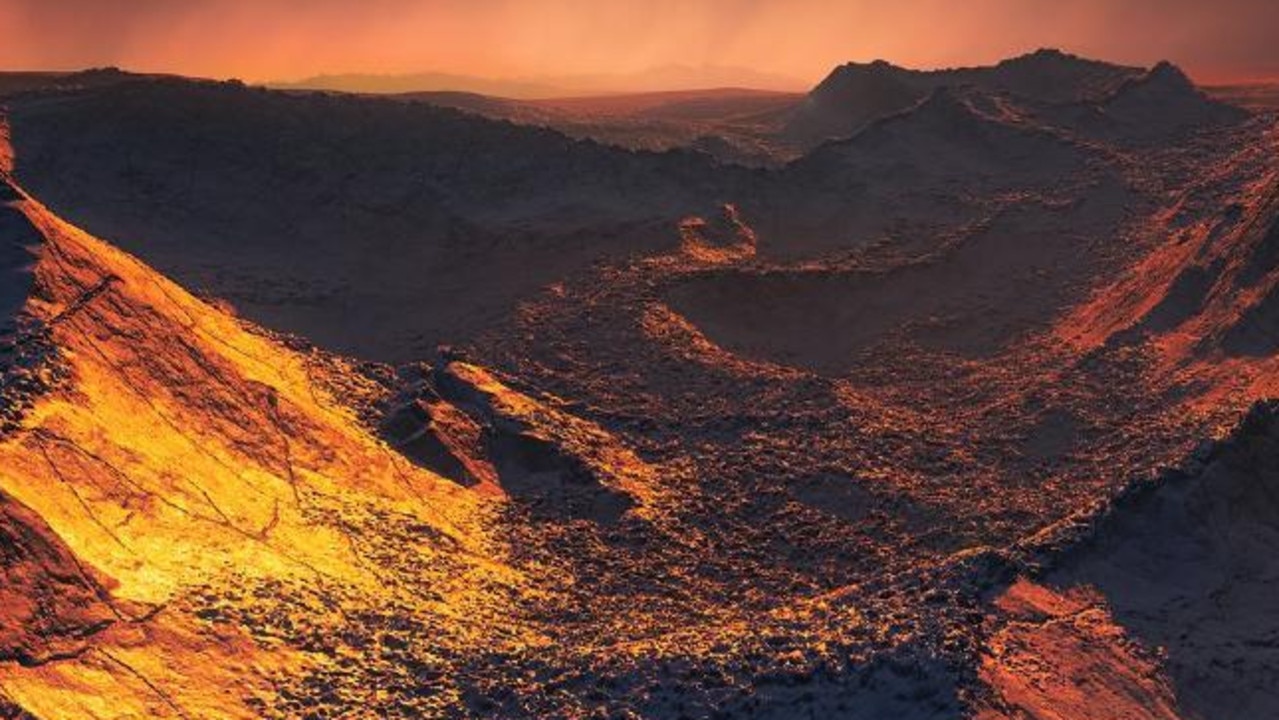 Artist’s impression of the surface of another “super-Earth” planet, known as Barnard’s star b. Picture: AFP

Given its distance from its star, similar to that of Mars to our Sun, researchers estimate the planet has temperatures of -53C, Mr Luque said.

“That seems a little cold at first,” he said.

But “if this planet had an atmosphere (as Earth does, but unlike Mars), it could retain the heat it receives from its star, and water could be liquid.”

Researchers also estimate GJ 357 d could be roughly the same size as Earth or up to twice the size.

WAITING GAME
GJ 357 d was discovered by looking for signs of a wobble in GJ 357, its star, created by the gravitational* tug of an orbiting planet.

That’s how scientists discovered Proxima b, another potentially habitable planet, in 2016.

This technique is not actually accurate enough to know for sure whether a planet is habitable, just that it exists and is in the “Goldilocks” zone, so life could be possible. 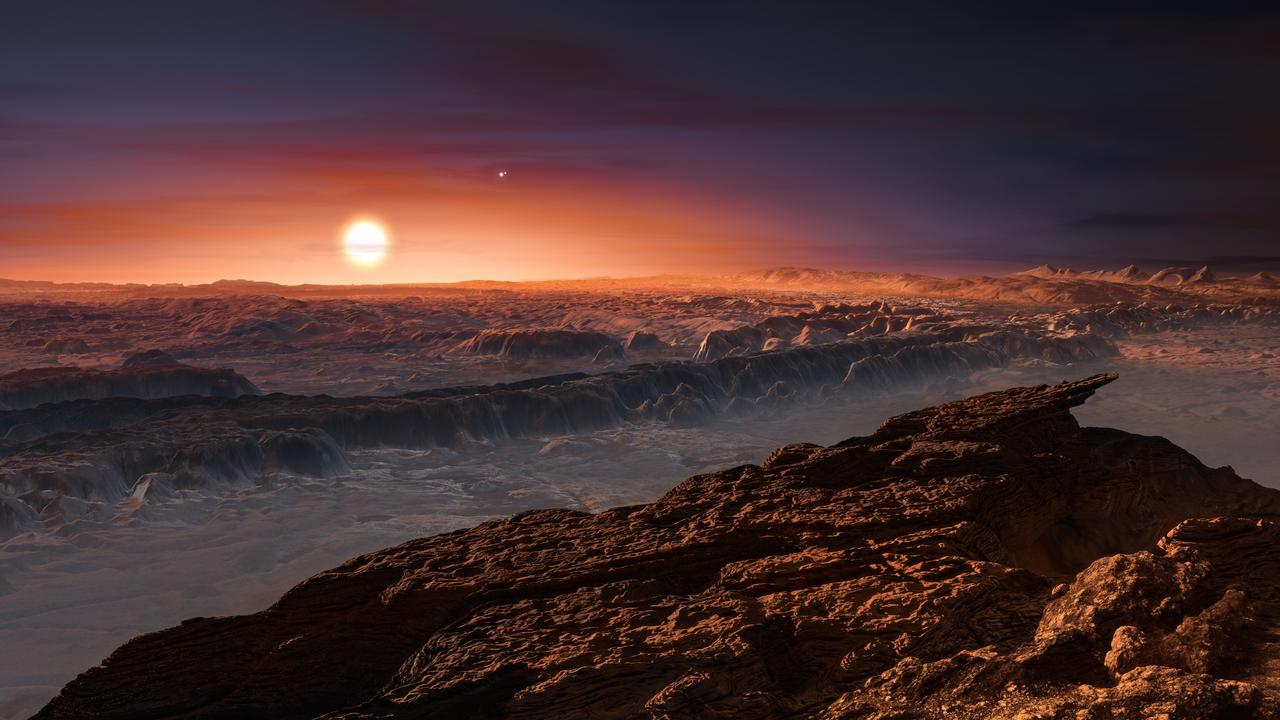 This artist’s impression shows a view of the surface of the planet Proxima b orbiting the red dwarf star Proxima Centauri, the closest star to our solar system.

Until technology improves, to measure a planet’s size, density and what it is made of, a planet has to pass directly between its star and an observer. This is called the transit* method.

In the coming months, Mr Luque and his team will be trying to get lucky and catch GJ 357d in “transit” to confirm some more details about it.

“The probability that a planet passes in front of a star from our line of vision on Earth is pretty small,” he said.

Jack Madden, of the Carl Sagan Institute, explained that investigating new discoveries provides an opportunity to test ideas and models.

Mr Madden said: “We built the first models of what this new world could be like.”

He added: “Just knowing that liquid water can exist on the surface of this planet motivates* scientists to find ways of detecting signs of life.”

The findings were published in the Astrophysical Journal Letters.

CLASSROOM ACTIVITIES
1. The Unknown
Due to GJ 357 d’s distance from Earth and the limitations of current technology, there are many factors we cannot be certain about. Carefully read through the information in the article to determine what is confirmed as true and what is unconfirmed but thought possible. Create a table with two columns to organise your list of facts and possibilities.

*Hint: look for words like potentially, could, thought to be, if, etc.

2. Extension
Write a science-fiction fairytale about the search for a planet harbouring life, based on the structure of the story “Goldilocks and the Three Bears”.

HAVE YOUR SAY: Instead of GJ 357 and GJ 357 d, what would you call this red dwarf and its “Goldilocks” planet?
No one-word answers. Use full sentences to explain your thinking. No comments will be published until approved by editors.