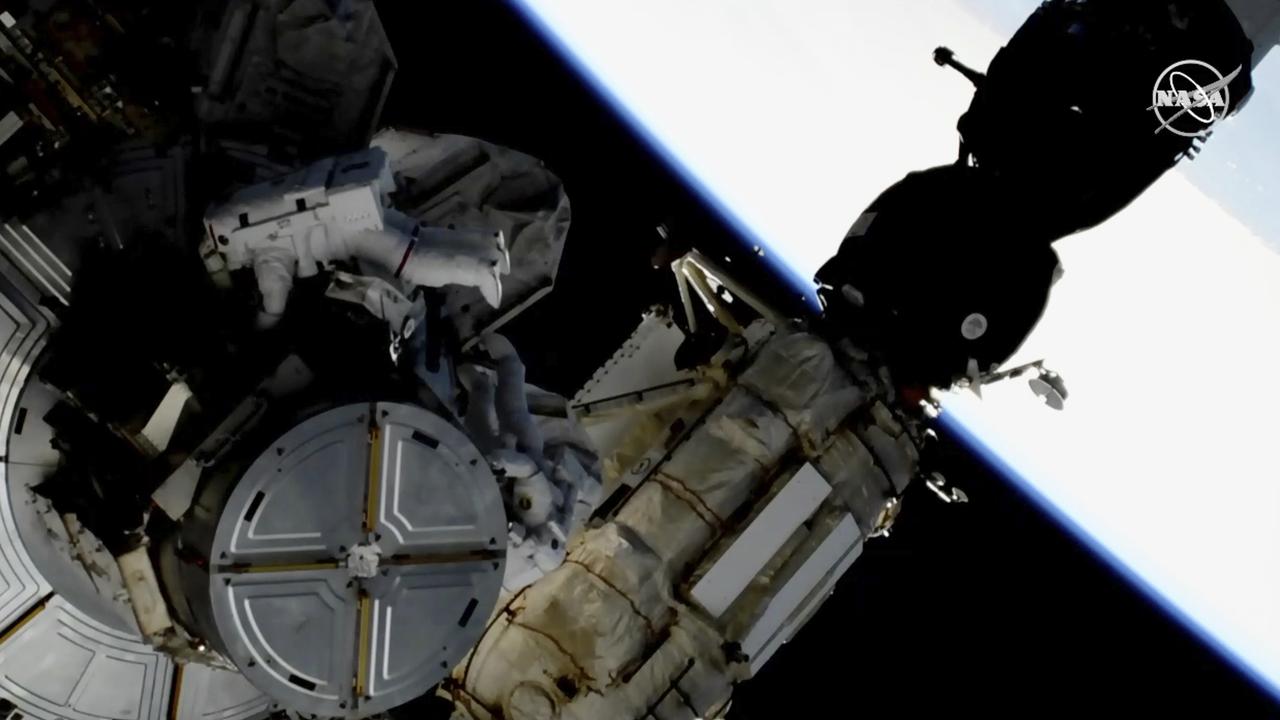 Two astronauts have walked out in space for more than six hours to change some batteries.

The expedition involved some huffing and puffing and some skilful moves by the two spacewalkers. But in the end, it went almost as smoothly as doing the chore back on Earth.

NASA’s Anne McClain and Nick Hague took 6 hours and 39 minutes last Friday to replace three old nickel-hydrogen batteries with more powerful lithium-ion batteries on the International Space Station. They struggled with a stubborn bolt on the very last battery plate, but eventually got the piece of battery equipment out and installed.

VIDEO: Watch the astronauts at work

Despite the difficulty, the astronauts finished the job faster than NASA planned, so Lieutenant Colonel McClain got a chance to do a bit of unusual station cleaning. She took a scraper wrapped with sticky tape and picked up bits of tiny space debris* attached to one section of the station.

The rookie* spacewalkers had to be reminded to enjoy the view from about 400km up. Near the end of the space walk, astronaut Thomas Pesquet at Mission Control told Lt. Col. McClain: “There’s the Earth right behind you.” 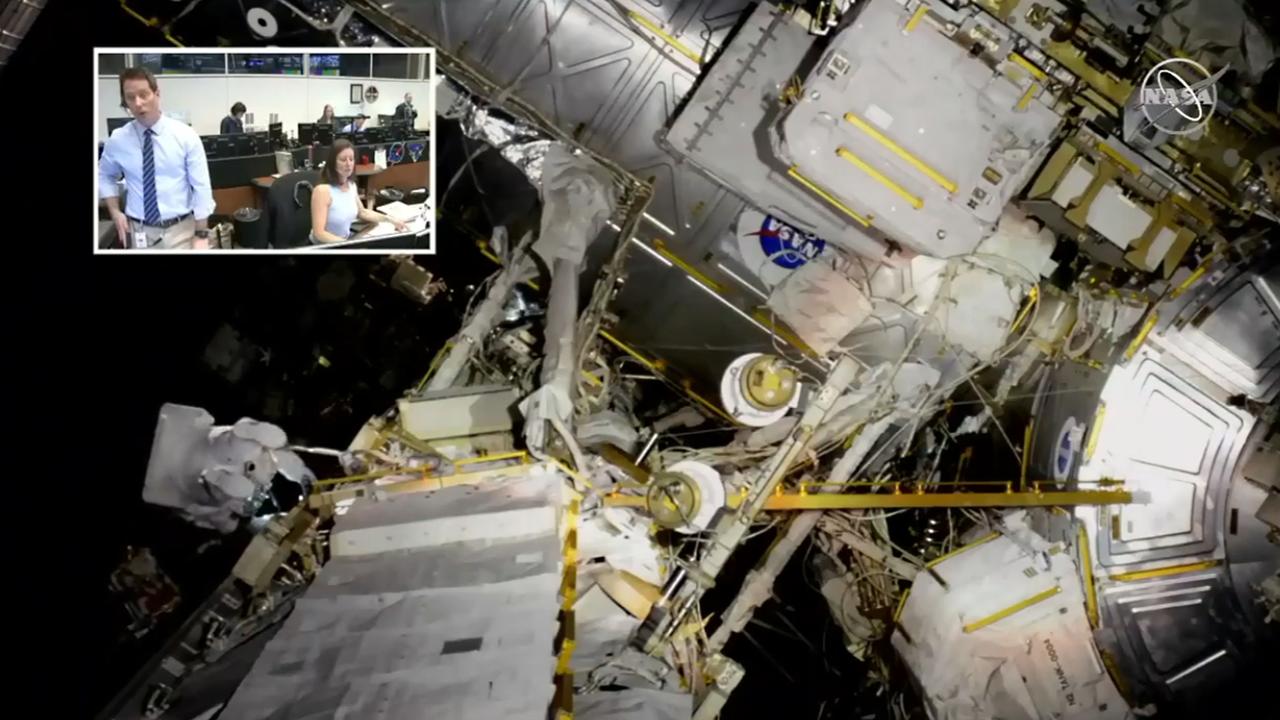 As the spacewalkers were taking off their spacesuits, they got a surprise message from Colonel Hague’s wife, Air Force Lt. Col. Catie Hague: “You guys nailed it. Awesome job. Talk to you later. Love you.”

The station’s robotic arm had done much of the heavy work beforehand, but the astronauts still had to lug* 135kg pieces the size of a large coffee table and reconnect battery wiring.

There are more replacements of the 20-year-old station’s original batteries to come. NASA is about halfway through replacing 48 batteries with ones that are expected to last the remainder of the station’s life.

The space station uses solar panels to generate power but the batteries are used when it’s in the dark and not getting power from the sun. Friday’s space walk was the first of three planned excursions to replace batteries and perform other maintenance. Next week’s space walk will include the first all-female crew, including Lt. Col. McClain.

This was the 214th space walk to assemble and maintain the space station. NASA astronaut Anne McClain waves goodbye as she boards the Soyuz MS-11 spacecraft in Kazakhstan on December 3, 2018, bound for the ISS. Picture: AFP

CLASSROOM ACTIVITIES
1. Write a Diary
Imagine that you are one of the astronauts in today’s story. Write a description of your space walk. Start with what you did to prepare for going out into space, the work you did, what it was like moving in space, your feelings and anything else that you can think of. Make your description come alive with lots of descriptive words.

2. Extension
Why do we need the International Space Station? List of all of the things that you think we can learn about and study in space.

VCOP ACTIVITY
What a cool excursion! Imagine you live on the space station and have to complete jobs like this. What is a simple task you might take for granted as easy that would become a lot more difficult if you had to do it wearing giant gloves, a spacesuit and floating around?

Have a look around the classroom or think of some things you do at home. Imagine how hard it would be to complete the task with gloves on. Write a short paragraph explaining your task and why it was difficult to complete.

Let’s put it to the test. Put on some snow gloves and a big jacket but you can skip the big helmet!

Now try and complete some simple tasks around the classroom.

Obviously the astronauts don’t have to do everything with their gloves and helmets on … but you get the idea of why changing a battery was so hard. Imagine if they dropped it while they were out in space. Phew!

HAVE YOUR SAY: What activity would you most like to try inside or outside the International Space Station?
No one-word answers. Use full sentences to explain your thinking. No comments will be shown until approved by editors.