Asteroid hidden behind Mars could be Moon’s long-lost twin An asteroid sharing the orbit of Mars could be a long-lost piece of the moon, broken off in a cosmic collision.

A huge asteroid that’s following Mars’s orbit could be our Moon’s long-lost twin.

This is according to scientists who say the space rock has an identical composition* to some parts of the lunar surface.

Scientists used a tool called a spectrograph on the European Southern Observatory’s 8m Very Large Telescope (or VLT) in Chile to observe the asteroid.

It allowed them to see how sunlight reflected from it and then they compared it to the Moon.

“The spectrum* of this particular asteroid seems to be almost a dead-ringer* for parts of the Moon where there is exposed bedrock such as crater interiors and mountains,” explained Galin Borisov, an astrochemist from the Armagh Observatory and Planetarium in Northern Ireland. Trojan asteroids share the orbit of planets, including Jupiter, Mars and Earth.

We don’t know for sure why that is, but one theory is that the Moon and the asteroid have a similar origin or were once combined and then broke apart.

The asteroid is part of a group of Trojan asteroids sharing the orbit of Mars.

Trojans are celestial* objects that share a planet’s orbit around the sun. Most of the Trojan asteroids we know about share Jupiter’s orbit, but other planets have them too, including Mars and Earth.

“The space between the newly-formed planets was full of debris* and collisions were commonplace,” he said.

“Large asteroids (planetesimals) were constantly hitting the Moon and the other planets.

“A shard* from such a collision could have reached the orbit of Mars when the planet was still forming and was trapped in its Trojan clouds.”

There are said to be other explanations for the similarities though, and the asteroid could even be a fragment of Mars itself.

More research is needed before we can be certain either way.

These findings have been reported online in the journal Icarus. The Moon is a natural satellite that orbits Earth.

THE MOON — OUR CLOSEST NEIGHBOUR EXPLAINED 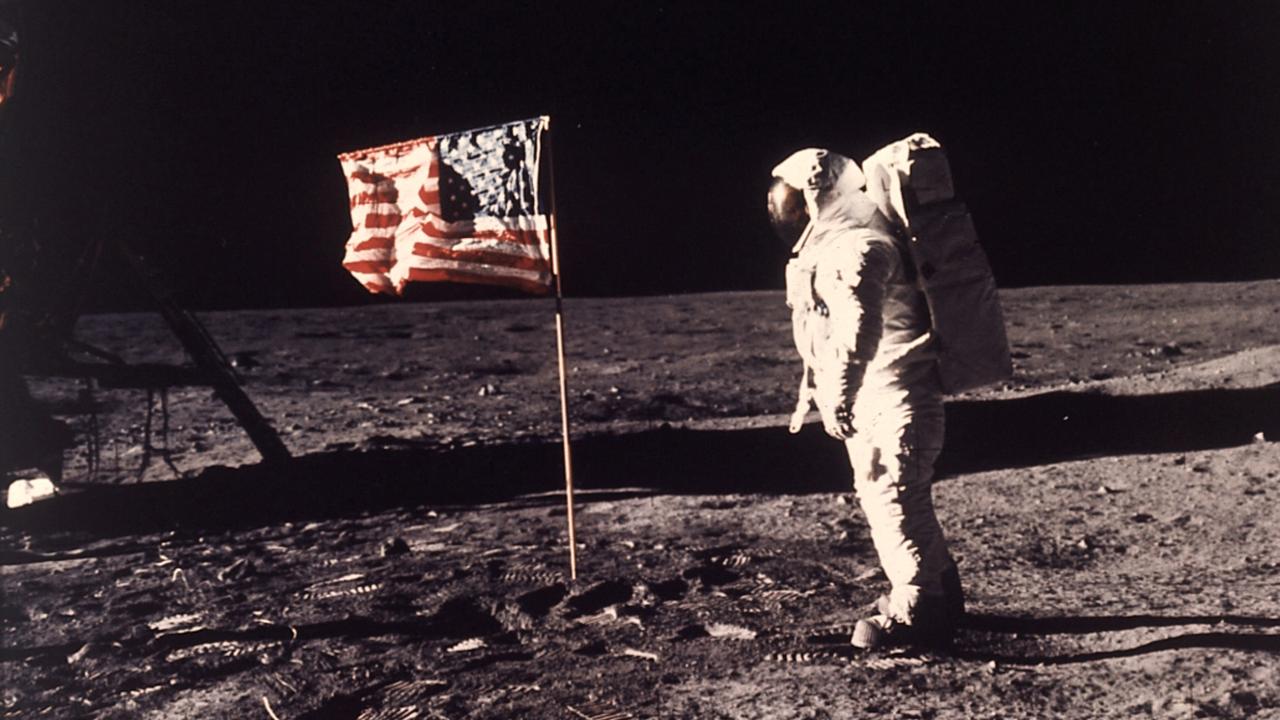 Astronaut Buzz Aldrin poses for a photograph next to the US flag after landing on the Moon in the 1969 Apollo 11 mission. Picture: AP Photo/NASA

Signal troubles on Earth? Move to the Moon

CLASSROOM ACTIVITIES
1. Uncertain language
This news story reports on things that researchers think may be true but are not certain about. The language they have used when talking about their hypotheses reflects this. Read the story carefully and jot down all of the words or phrases you can find that show that the information is unproven.

Then, think of five different words or phrases that could also be used to show that an idea is uncertain.

2. Extension
Arrange the following words or phrases along a scale that shows the level of certainty you think is indicated by the use of the word. Words that indicate a high level of certainty are known as “high modality” words and are useful in persuasive writing.

Once you know what it means, see if you can rewrite it in a simpler way – down-level it.

HAVE YOUR SAY: What would you like to use the Very Large Telescope to observe in space?
No one-word answers. Use full sentences to explain your thinking. No comments will be published until approved by editors.